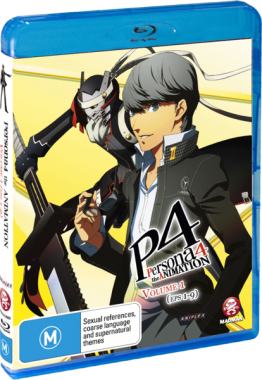 Overview:
What makes for a good adaptation? How does one bend one medium into another? Persona 4: The Animation asks this question to its audience, albeit complete unintentionally. It takes a popular video-game and simply reproduces it as an anime series, this isn’t so much an anime as it is a game without interactivity. So really now the big question is; does it work? 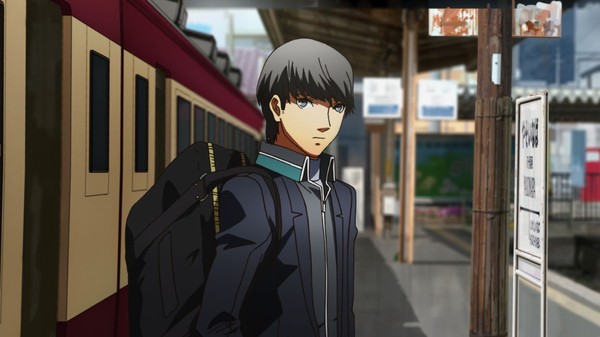 Story:
The answer is no. Persona 4: The Animation isn’t necessary bad, but as an anime series it just doesn’t quite work. For starters the biggest failure with this series is the fact that it relies on the audience having had played the game upon which it is based to really fill in the pieces, seemingly skipping a number of crucial story-telling steps. This over-reliance on the audience have prior knowledge of the material is an error that can come with adapting material such as this.

That isn’t the end of it though, the hero of the series appropriately named Yu, serves as the players avatar in the game, here he is nothing but a blank face that utters a few lines here and there seemingly devoid of any emotion or thought. It is rather ironic that for a series called Persona the protagonist seems to have nothing even close to resembling a personality. While this works in a game, it does not work at all in an anime series. In a game you can escape into this character and they become you. However in anime form such interaction doesn’t exist, anime just isn’t an interactive medium.

Problematic as all that may be it still is not all there is. Perhaps the most significant factor of why Persona 4 doesn’t work as an anime is the fact that it is just so painfully monotonous and at times just downright boring. The reasoning for this is simple, most of what we see feels like a collection of cut scenes surrounding gameplay with the actual playing aspect removed entirely, leaving nothing but cut scenes the sloppily play out one by one. The real heart of a game is how it plays, after all games are reliant on interactivity to work, anime doesn’t work in the same way. As you can imagine if you take the game out of a game there isn’t much left over and such is the result of Persona 4: The Animation, an anime series so depressingly void of any kind of life.

Without a doubt, Persona 4: The Animation is not recommended for the uninitiated, though fans of the game would undoubtedly get a real kick out of seeing things in anime form, even if it isn’t too greatly different from what they have played in the past. This really is a series reserved for the initiated. 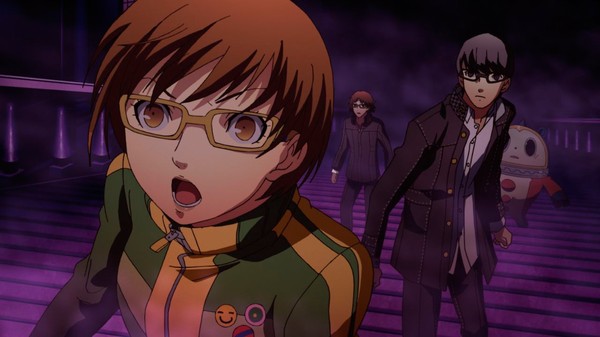 Visuals and Audio:
While Persona 4: The Animation doesn’t hold up well in terms of plot it does feature some of the most awe-inspiring visuals in recent memory. The array of colours and fluidity to the shows proceedings is simply remarkable and a sight to truly behold. The character designs are well conceived albeit at times forgettable, but they feel decidedly at home with the world of Persona 4, both in its gloomy gray areas and flamboyant splash of colour that stand in juxtaposition to one another.

The soundtrack for this series is another real highlight. In fact this OST is almost too good for the content it is backing. I’m more the certain the majority of it is lifted directly from the game, much like seemingly everything else was. Regardless it does a great job supporting the action on screen. In terms of voice acting, the English dub for the anime is fairly average. There is a lot of wooden acting and awkward delivery, making for some strange viewing. It does the job however and that is about the best compliment I can give this dub. 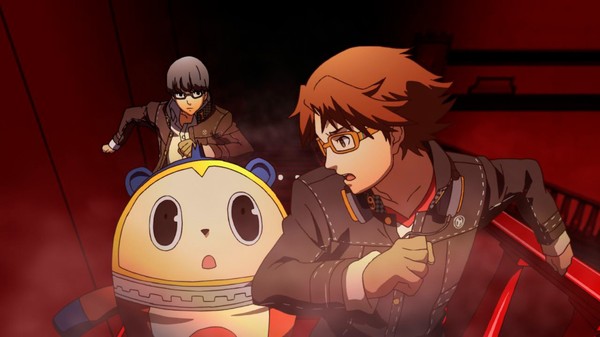 Extras:
Madman have done an impressive job with this release in terms of bonus content, however where they have left the product down is the inexplicable episode count comparison of the Blu-Ray to the DVD release of volume 1. Why does the Blu-Ray only have 9 episodes while the DVD has 12? Aren’t Blu-Rays meant to hold more data? I found this absolutely peculiar and to be honest rather disappointing. Despite that there are some decent extras on this Blu-Ray release such as the directors cut of Episode 1, textless themes, a special drama called ‘Jikken-Kun’, Japanese commentaries and of course trailers. Its a decent amount of bonus content, but the difference in episode count is really quite puzzling and leads me to recommend the DVD over the Blu-Ray for content alone. 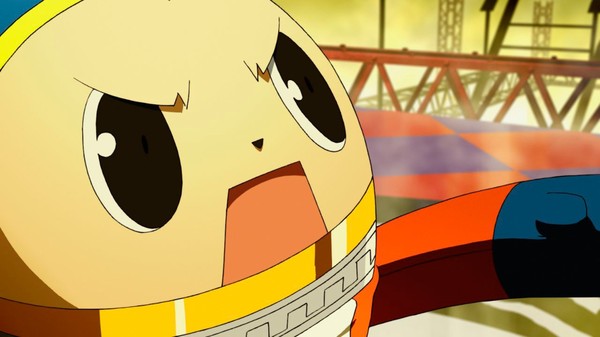 Overall:
Persona 4: The Animation is an adaptation that ultimately bound itself too strongly to its source material resulting in what can only be described as a grand mistake. This was not a game that should have been so literally transferred into anime form, it needed to be bent into the shape of an anime, not forced into it.

One could make a case that this is not an anime series for those who aren’t Persona 4 fans, but I will claim on the contrary that catering to such a small quantity of people is never a good idea as it leaves many on the outside. A great anime would invite all viewers into the fold, Persona 4 however keeps them at a distance for fear of having to actually explain things to those who don’t already know what is coming.

While Madman has done a decent job with this release, the Blu-Ray version is undoubtedly lacking comparatively with the DVD release in terms of content. Although the Blu-Ray is priced cheaper than the DVD, for those who would rather not wait for episodes, the DVD is the best option. If you are a Persona 4 fans, this might be something you’d like to add to your collection, however it is not recommended to those without any prior knowledge of the franchise as this is not a series that takes kindly to those new to it, which is a shame to say the very least. This had to potential to be a brilliant series given its excellent source material, but it isn’t, because it didn’t care to be anything other than a cheap aborted version of Persona 4.

Persona 4: The Animation is an anime severely lacking in one crucial thing – Ambition.