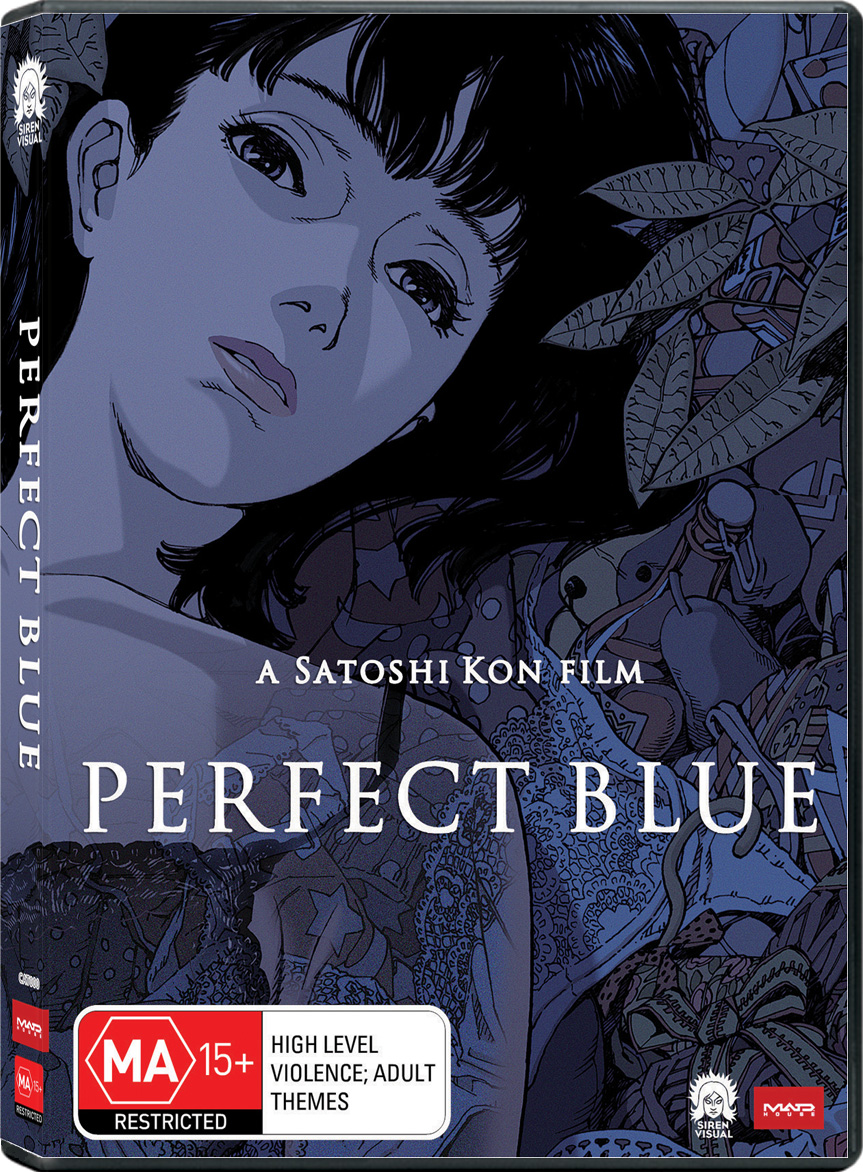 Perfect Blue, one of Satoshi Kon’s masterpieces, is not only one of the best Anime movies in existence, but also one of the greatest movies in existence. The movie has an excellently written story with some incredibly realistic characters, some of which may not even exist (depending on your interpretation of the film). The film has a fair amount of differing angles in which the movie can viewed from (metaphorically speaking) and may require additional viewings to get the full idea of what is going on with the entirety of the plot. The film follows a small section of life of a Pop-Idol turned actress, Mima, through her transition between these two points. The transistion is not as nice as it could be when she is made to do some unsavoury things in her career as an actress, as well as having several unfortunate events happen around, causing her to question her reality.

This is one of those films where if you watch it straight through from the beginning to end in the first viewing, you will be able to see what was happening, the level of sanity degradation in the characters and how they end up getting to point b from point a. But, when you watch it a second time (which you will feel you need to do at some point), you’ll find that your reasning the first time around may have been a little off and you’ll find yourself trying to reinterpret the way things happen and connect with each other. On your first viewing, you’re almost guaranteed to take all of the dialogue and actions literally, as though it is what is actually happening. But, when you go back, you pick out all the dialogue and all the actions that may not match with the reality of situation, or that may not even actually be being told by those characters at all. Like I remember this instance where the police dude and lady are talking to Mima in a hospital, as per their direction by their script within the movie, but if you listen closely and with the right viewing angle, what they were saying may not have been in the context of the movie (within the film) at all. What if the show they were starring in was actually reality?

Mima is a Japanese Pop Idol who was the star member of the pop trio CHAM. This changes early on when she announces her decision to leave CHAM to begin work as an actress in movies and television shows. Over the course of the film, we see Mima take on various jobs as an actress thyat all begin to kind of meld together into a kind of alternate reality. Only, from what I can tell, we’re viewing most of this film from Mima’s viewpoint, which could mean that we are actually viewing Mima getting caught between two completely different worlds, and maybe even her getting them mixed up. 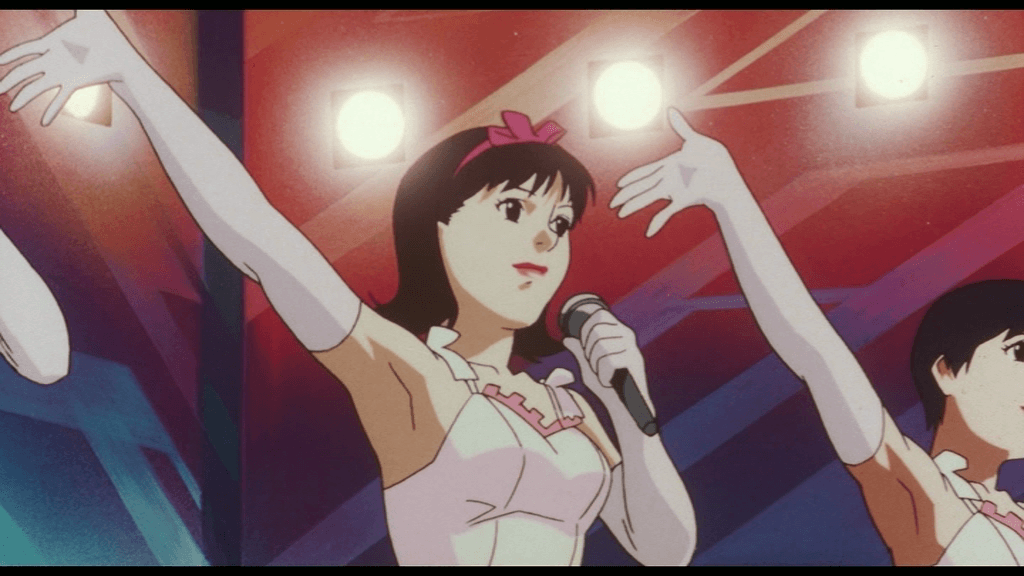 This state isn’t helped when Mima discovers a website to a blog that covers her day to day to affairs, as though it was written by her. Of course, we know that Mima isn’t very computer literate, as she didn’t even have one up until slightly before visiting the website. What further aggrivates Mima’s condition is when key members of staff invloved with Mima’s acting career all start to die in a murdered fashion. We actually see how a couple of them are killed, and we also get to see that it was possibly Mima herself that did the murdering. Maybe this is what was sending her further and further into insanity?

Mima isn’t the only character with delusions though, her own manager – Rumi – wants nothing more for Mima than to keep herself as a Pop Idol. Rumi even goes so far as to even dress herself as Mima to try and trick the woman into staying as a pop idol. Or was it murder her and take over her life? Such is the confusion brought about by the movie. Another delusional character is Uchida, the guy who runs Mima’s Place (the web blog), he believes that he is the only person for Mima and feels that he is responsible for her safety. This is shown to be a little irrational over the course of the story, where he is seen taking odd jobs at locations that Mima is working and is even convinced by either a fake Mima, or a Mima of his own imagining, to kill what he see’s as an imposter to the real Mima.

The story is filled with events such as these, which go over and build the intrigue and mystery surrounding the confusing events of the entire movie.

Perfect Blue is filled with many interesting characters, from the members of CHAM to the background cast that shouldn’t stand out but do. Each character has an interesting story to themselves which helps build on the overlying theme that is the movie. I shall briefly talk about each character below. 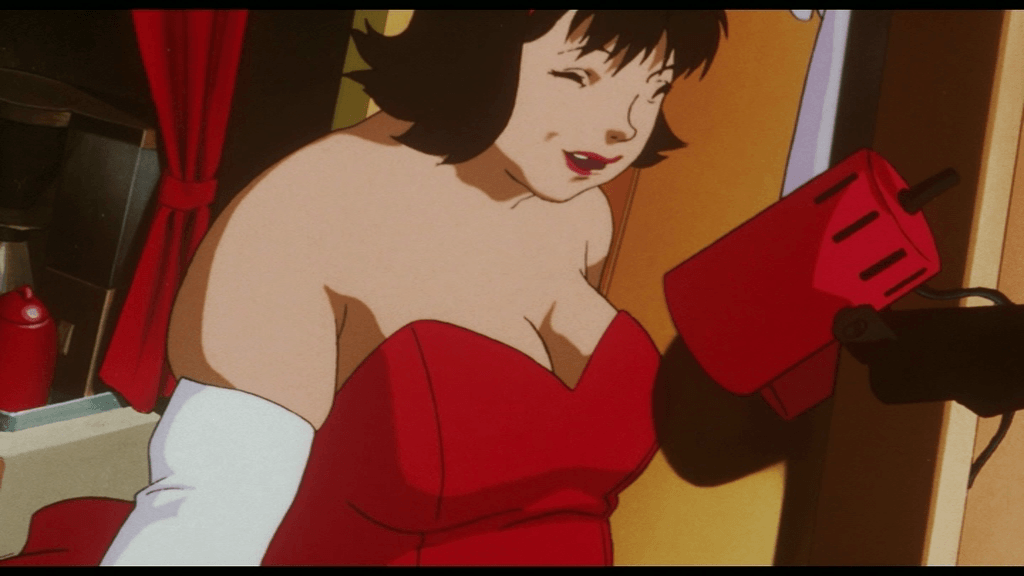 Mima is the main character of the film, and as such, the movie is about her. Mima was the star member of a pop trio called CHAM until she decided to leave the group for her chance to become an actress. Her decision to become an actress has negative implications on her life when her manager and some fans take it upon themselves to try and sabotage her career. During her tenure as an actress, she is called upon to do some unsavory things which may have had an impact on her overall mental wellbeing as well as her goodwill by her fanbase.

One of Mimas managers and a character who acts as a voice of reason towards Mimas career as an actress. She can be frequently seen fighting on Mimas behalf against some of the more unsavory aspects of her career. Though, if you look at the film in the right way, Rumi may be acting upon her own views of how Mima should be seen by the public and maybe not for how Mima herself wants to be seen. She may also be the agent behind some of the murders within the movie.

Me-Mania is the webhost of the popular website, Mima’s Room, as well as an all arounder stalker and shadowy type. He is frequently seen acting on what he believes is best for Mima and her pop group CHAM. He suffers delusions of his own, which may or may not be fatal to himself.

Mr. Tadokoro is Mimas male manager. Unlike Rumi, he woudln’t mind seeing Mima make it as an actress and pushes her into doing what he believes would be best for her career as an actress. However, this does not mean that he is not insensitive to her needs, you can see him distressed at points about the kinds of things he gets Mima into. Tadokoro mainly serves as a counterbalance to Rumi and as a driving force behind Mimas change form a pop idol into an actress.

The movie also features an amazing supporting cast, many of which are designed around confusing the viewer while also acting as an anchor between realities. They may also serve as a way of hinting the plot to viewers, depending on how you view the film.

Modern day Anime seem to have this bright an simplified design, clearly done so to get episodes out weekly so as to keep on schedule. Anime movies tend to be more detailed than their series counterparts, so it’s natural that Perfect Blue has a much better visual quality than anime series of the time. It is also amazingly detailed in comparison to modern anime series, and was at least as detailed as the movies of it’s period. 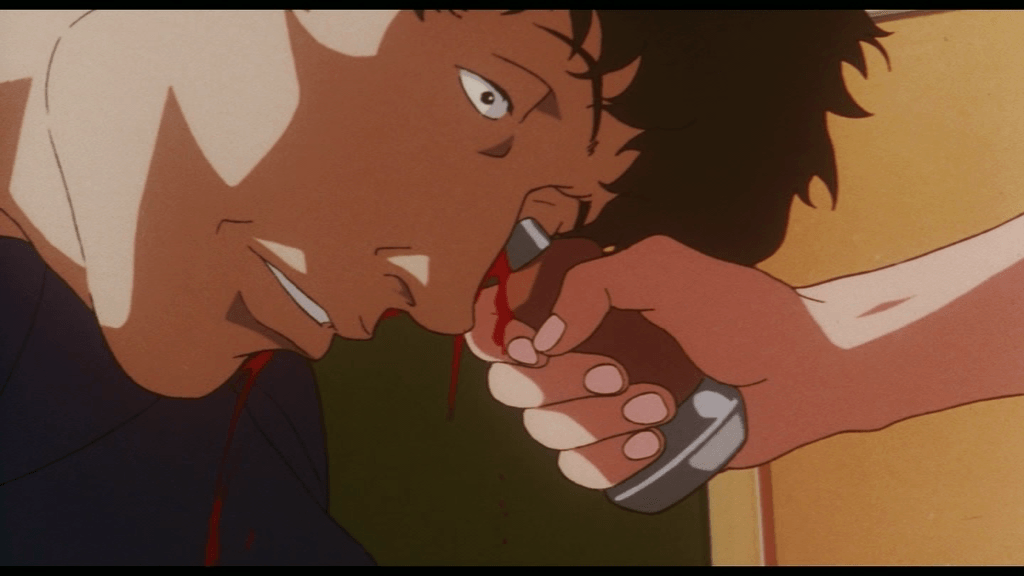 Everything is amazingly detailed, but it’s not detail that I found I should be commenting on. I found that the movie used certain visual techniques to help identify particular scenes as a certain type of reality. For instance, when the show is showing scenes of Mima in the hopsital while she’s acting, there is some kind of blurring effect used to demonstrate this scene. It is also used in scenes that are linked to this scene.

Overall the animation quality is fantastic, though, there is a noticable shake between frames as you will find with most classic anime movies and series. Though, it is possible that this is a legitimate technique used by the director, but I’m pretty certain it’s just because it is a victim of a by-gone era.

The Audio in Perfect Blue is of an amazing quality. The audio is mixed very well, with voices and the like never being drowned out by the background sounds or music unless it is essential to the scene for it to do so. Like in a particular scene involving a large crowd and lots of, errr…, unsavory business.

Anime movies and series tend to come from Japan, and as such have a Japanese dub option. The movie also comes with an English dub which is amazingly well produced. I’d say that while there are some things that were changed in the dub, like the arrangement of some lines, nothing of value was lost during translation. Which, in this kind of movie, would have killed the entire story. 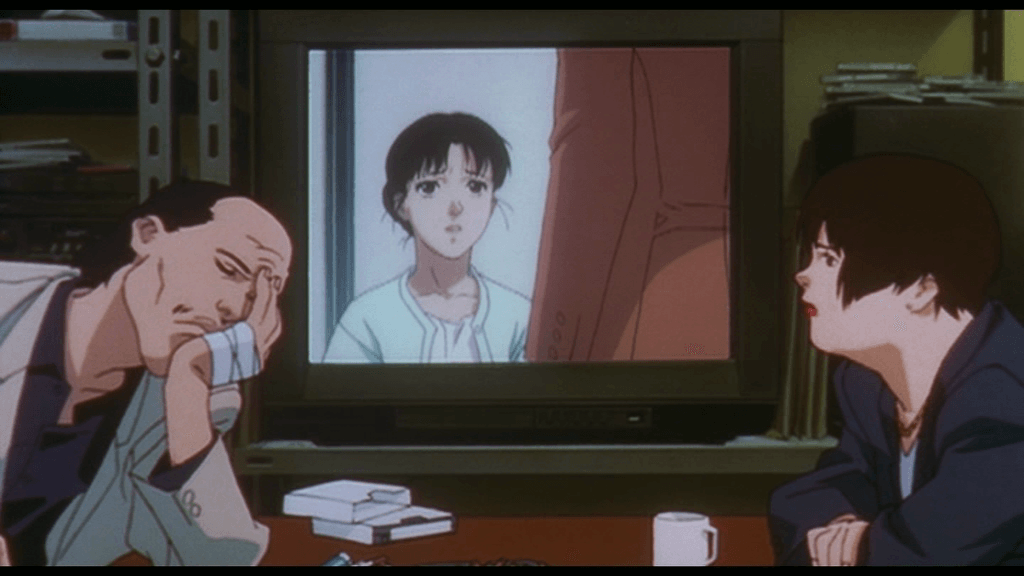 Though, of course, for anime purists, the Japanese audio is there and is the way to watch it should you feel the urge to watch it in it’s original format in order to  get the complete story. It isn’t required viewing to understand the film, but seeing stuff written in subtitles can help cement some of the concepts into your mind.

The DVD package comes stocked with amazing extras. The most noticable of these is a lecture on understanding the movie.

Anyone looking to understand this movie should give this a watch. Of course, the film is open to interpretation in any number of ways, this is a good way to compare your own thoughts with someone else. There are some parts I disagree with in the lecture, but I wont get into it here. 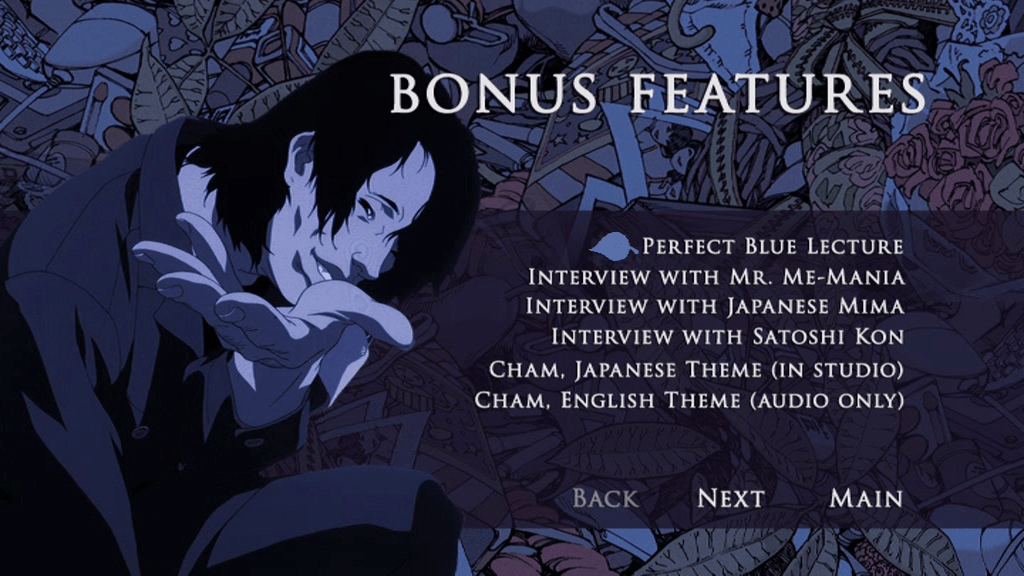 The dvd also includes some amazing CHAM music videos as well as trailers and interviews with the cast and producers.