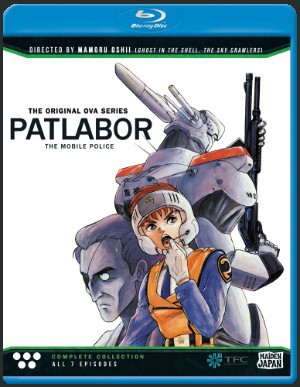 Overview:
Those unfamiliar with the Patlabor series may be surprised to learn that it dates back to the bygone age of the 1980’s. The Original OVA Series presented in this release was the first release of what would become two separate timelines spanning movies, anime series, and OVAs. Interestingly, this OVA series would be the first part of Patlabor’s so called “Movie Timeline”, that would continue into a movie trilogy. But what about this OVA series itself, does it stand the test of time worthy of being revived or best left in the fleeting memories of those that saw it back in the day? 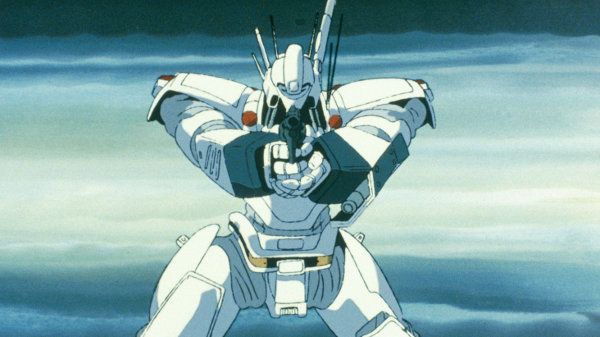 Story:
Oh giant mechs, is there any problem you can’t solve? In the universe of Patlabor, the answer is an obvious “No!” As is quickly outlined at the beginning of almost every episode, after the development of mechs, called Labors, their use exploded into every applicable field for everything from heavy lifting to combat because like bacon giant robots can be applied to every situation with success. While mechs are not an entirely new concept, what gives the Patlabor universe it’s charm is the fact that where in other anime mechs were developed mainly for combat, here it was a complete afterthought. In this new Labor-filled age, the police are still playing catch up, formally with outdated re-painted work models, but now finally with brand new top of the line built specifically for police work, you know the kind of thing we still don’t have for police cars. The titular “Patlabor” being the shortening of Patrol Labor, which are the Labors the police force get to use.

Just who will be the lucky officers to use these spiffy new Labors? Anyone who guessed the best the police force has to offer obviously doesn’t know how anime works. No, the ones with the shiny new mechs are the Second Division of Japan’s Special Vehicles Section 2. Composed of a rag tag group of the most colorful of officers, the OVA series rounds out its cast of characters with a woman more concerned with her Labor than actual police work, trigger-happy gun nut, reluctant officer/son of the manufactor’s president, to the strong silent type, etc. In truth this selection of characters makes more sense as the series goes on, as the episodes form less of a overarching story and more of a basis of establishment. Where other anime would focus on the combat itself, Patlabor is more interested in the world it exists in. What if regular police officers did have to deal with giant robots just as much as speeding and other everyday crime? 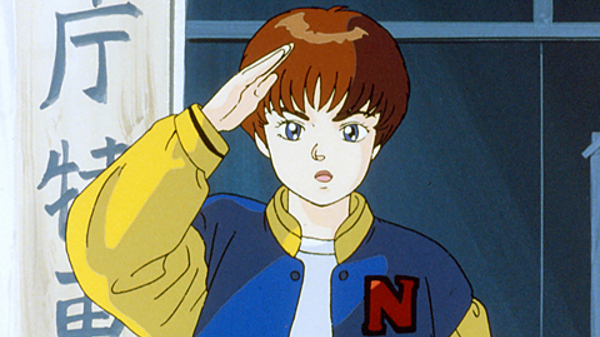 Interestingly enough, the series plays more on its consciousness of itself as an anime than trying to tell a meaningful story or pretending to tell a meaningful story. With homages to other anime, as well as other pop culture like Godzilla, the seven episodes tell six stories that explores the world they live in more than the characters themselves, though this character development is still present just not as the central focus. Luckily, the world presented is deep and interesting enough to provide an enjoyable experience making it a great introduction to the world of Patlabor. The stories are varied from ghost stories, to routine patrols, to city-wide coups all creating a solid diversity. No two stories follow the same style of genre, showing off the potential of the universe as a whole.

Visuals:
For being drawn and animated in the 1980’s, the series itself still does a great job holding up visual wise. Even when viewed on Blu-Ray the picture is smooth without too much grain. Whether the quality simply holds up over the time or perhaps from the added benefit of having an OVA budget the first time around. Still utilizing the animation style of the time, there are a lot of pans shots to save on having to animate, but the are is still detailed enough to look good at high resolutions, but still in 4:3. 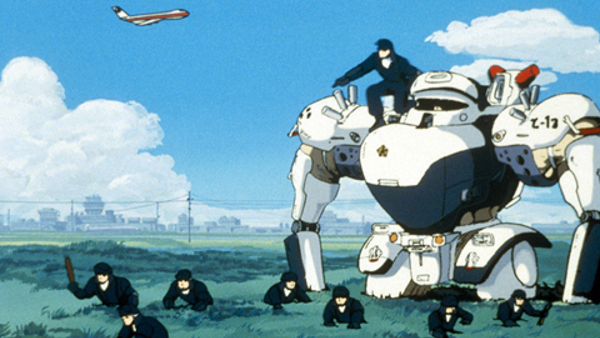 The Labors of the series being the main-ish focus, the diversity of the different types is interesting to see. Since Labor development came from serving different purposes first, the different types vary based on this as well from bulkier models for heavy lifting to more exotic types. While it would have been interesting to see more of the exotic types, since the vast majority are bipedal, even the bipedal ones vary enough amongst themselves. Though nothing can really top the look of a Labor holding a giant revolver or pump shotgun.

Audio:
The voice acting is probably one of the few things that doesn’t hold up quite so well over time. Rough in some places, the lower quality may stem from it’s original release or the transition of media, regardless this is probably a better anime to lean towards the subtitled version. While all the characters stand out as their own, the best performances seem to be Noa and Asuma as the rest come off as a bit more flat, though this might have been on purpose as the others are more 2 dimensional as well. 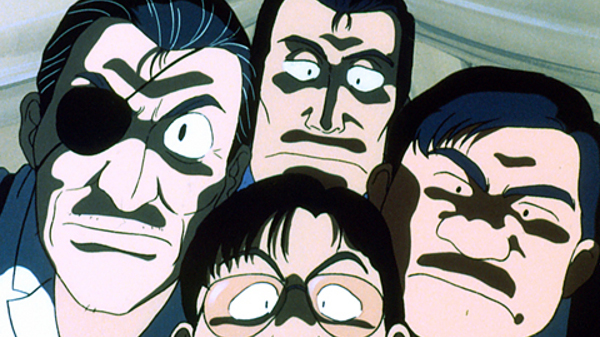 When it comes to music the opening is as 80’s anime as anything can get, a love ballad between the police woman Noa and the Labor she named Alphonse. Completely irrelevant to everything besides Noa’s quirk for being over-protective of her Labor, it still manages to capture the essence of the time as well as being lighthearted, but enjoyable. The other music throughout the series is simplistic, but does a good job expressing the scenes from patriotic when heading towards victory to mysterious as they seek out an unleashed sea monster.

Extras:
Unfortunately, time does not bode well for additions for a Blu-Ray release as production is long since over and unless it happened to be saved somewhere by someone, who then makes it available for inclusion. With that in mind, the fact that there are no extras related to Patlabor is no real big surprise. The disc does include a preview for Tokyo Magnitude 8.0, but other than that nothing else. Not even a clean opening. Though the lack of a preview for the other Patlabor release coming from Maiden Japan this year is probably the most surprising of all and seems a missed opportunity. 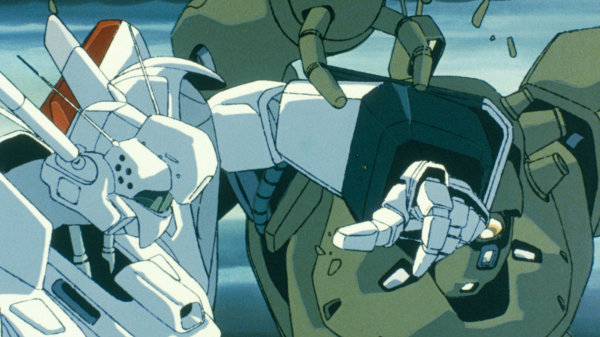 Overall:
Coming straight from the 80’s to today, Patlabor: The Mobile Police – The Original OVA Series is a solid series that holds up pretty well despite the time and advancement of technology. With only seven episodes the series might not seem like a good first entry, but it provides a great set of stories that paint a pretty detailed picture of their world with a few jokes to boot. While the audio may be a step below par, the visuals hold up better than some might expect with their age. Fans of the series from its original release should certainly find what they’ve been looking for and newcomers should enjoy themselves as well with a different take on a mech filled world.