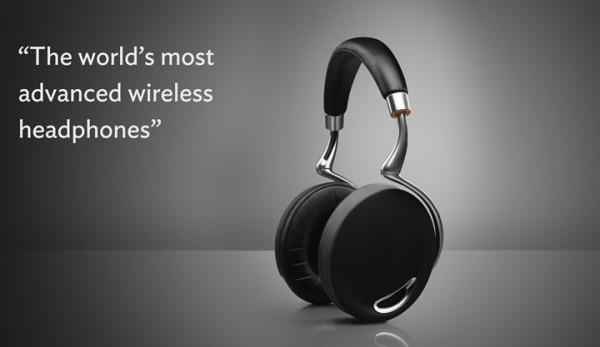 The Parrot Zik headphones are a pair of headphones designed by a famous designer in France named Starck. They are an amazingly stylish pair of headphones that look great whether placed over your ears or hanging around your neck. However, are these the right pair for you? We will hopefully have given you enough information in our review to assist you in that decision below.

Now, with these headphones, the first thing you’re probably wondering is, what is it that makes these special? Well, these headphones feature many things that make them quite cool. These include features like wireless technology – making them cordless, Near Field Communication for tethering purposes, the ability to listen to audio through the headphones from a Bluetooth enabled device and the ability to fiddle with various media functions with the headphones themselves. I will be talking about some of these later.

The first feature that I want to talk about though, is the Parrot Audio Suite compatibility. Essentially, the headphones are able to connect to a device that has Bluetooth, like a Mobile Phone or iPod Touch and synchronise with the media player. However, what this app does is it essentially allows you to alter the sound of the Parrot Zik to your own liking. The App appears on both the Android and iOS marketplaces. The functions of this app are quite cool, you’re able to activate and deactivate noise cancellation (something that still feels like voodoo to this day), equalise your audio levels and, of course, use this cool concert hall effect feature.

The Concert Hall effects are pretty cool to fiddle around with. You have a small amount of options to choose from, such as Jazz Club, Concert Hall and Quiet Room. What these settings essentially do is they alter the audio levels of the music, as well as allow you to align simulated speakers in a 180 degree arc. This is designed to create a more natural sounding audio experience, tailored by you for you. However, what I found with this is that is pretty hit and miss in regards to listening to varying artists and genres.

What I mean by this is that I personally listen to a broad spectrum of musical genres, from J-Pop to Power-metal, and while one setting may make one genre sound absolutely amazing (Concert Hall with speakers right in front of you with Orchestrated stuff), that same setting can make the next sound absolutely horrible. What this means is that you may spend half of the next song adjusting your speaker placement just to get the right sound. I simply found it more convenient to turn the Concert Hall effect off whilst listening to a variety of genres, which is most of the time. I would love to see an update in the future that allows you to have preset configurations for varying artists or genres. 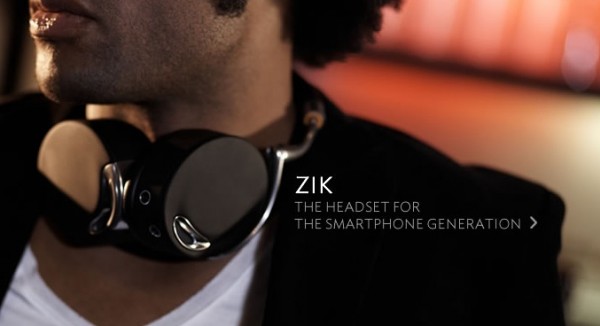 One thing that is absolutely amazing is the devices gesture based touch panel system. On the right ear you are able to control most aspects of your media player just by swiping it the right way. For instance, running your finger up and down your ear will adjust your volume, whilst swiping backward or forwards will allow you to skip songs. Just tapping the panel will allow you to play and pause music. I have to say that this interface is amazing. I ahve pretty much all the gestures down to muscle memory. I’m sitting here on my PC using my gaming headphones and keep trying to swipe my ear to change song. I remember when my Zik first ran out of batteries and I had to switch to a pair of earphones. If you just pictured me walking down the street, swiping my ear whilst I was wearing a pair of flimsy earphones then you have won a cookie. I wonder how long it will take me to break this habit?

Unfortunately for the devices App is that it gives you it’s own equaliser settings. What makes this unfortunate is that it will probably conflict with your own equaliser settings. It actually took me a while to figure this out and was almost ready to send the device back for being broken. You see, when both the equalisers set in, it kind of distorted everything (even with concert hall turned off) and sounded really, really bad. However, when switching my own EQ off, the sound was fine; and of course, when I used the phones EQ and turned the Zik’s off it sounded fine. I feel that this feature is kind of redundant as you’re probably already running your own EQ settings already if you’re someone inclined to mess with them. However, the Zik’s are much easier to find in comparison to the default player for Android. So switch this off if you’ve got your own settings already.

I think that at the end of my week of fiddling with settings, I had settled on the following configuration for myself. Active Noise Cancellation – On, Concert Hall – Off and Equaliser – Off. Other people will probably have a different experience to myself with these settings, so have a fiddle around with them and find the best combination for your own needs. I know I sound harsh here, so I’ll equal it out and say that when listening to stuff from the same band, I definitely have the Concert Hall effects on because it’s usually safe to do so.

The Parrot Zik isn’t a particularly heavy pair of headphones, regardless of how they look. When I first saw them, I figured they’d probably be these heavy monsters that would weigh my head down or something. Not so. However, what I found strange was that if I left them on my head in the same spot for too long, my head would begin to itch under the top bridge thing. This is wearing them for well over two hours at a time though.

Speaking of hours and time, these are wireless headphones, so they must obviously run on some form of power that is surely to deplete. And they do actually deplete. You see, life as a member of the gaming media means that you will frequently be outside of the house and attending gaming events and visiting publishers. Sometimes I’m out of the office for 4-6 hours at a time. It’s hard to play games when you’re outside… Anyway, I found that the Zik would often die on my way home due to my excessive usage. However, I am definitely a power-user here. An outlier. Someone that does not have a normal usage habit. So your own experiences may vary. Just know that at around 4-6 hours of use, they will die. Turn them off when they’re not on your head.

Speaking of that, when the Zik is placed over your ears, they detect the presence of your ear through some kind of black magic and will resume any song that may have been paused. Conversely, when taking the headphones off, the device will automatically pause whatever it was that you were listening to. This means that you don’t have your own private music radiating out at any person that you may be speaking to, which is always good. 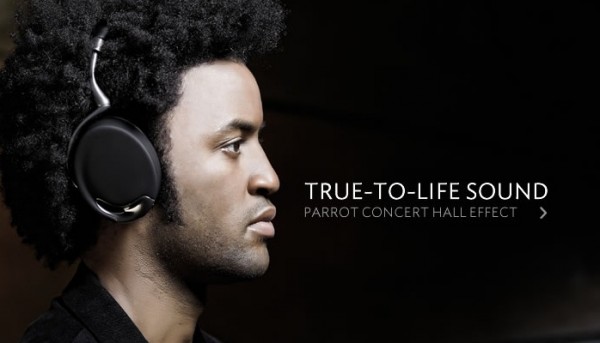 Active Noise Cancellation is absolutely amazing, especially if you’re like me and don’t particularly want to have to listen to the people around you talking in drunken slurs and meandering about nonsense. With this on, it’s goodbye morons. However, there is a problem with these as well. The problem is also it’s strength, you can’t hear people at all. Also if you talk with them on, you probably sound slurred yourself. I remember this one time the magnetic panel on the side fell off for the third time and I couldn’t hear it fall off or hit the ground. I was about to get on a train when this nice girl tapped me on the shoulder and informed me of the panels demise. She had actually been trying to get my attention vocally for a few moments before getting a little more physical. Not good.

There isn’t usually a problem with that panel, I think I’ve knocked it off with my bag or something every time it’s come ajar. However, I’d suggest either stronger magnets or a locking mechanisms on future revisions.

The audio quality of the Zik headphones range on the good side of quality, but not on the best side. What I mean by this is that they are clearly superior to their closest competitor – Beats by Dre. – but are inferior to headphones designed by pros. I have a test for audio that I put all my headphones through, it’s called the White Reflection test. This is where I play Two-Mix’s White Reflection and determine how piercing the high pitched dings are. With these headphones, it felt like they were being dulled, whereas every other pair I’ve had, they’ve always shrieked. It also felt like the bass was weaker in one ear in comparison to the other, which was uncomfortable on some of the more bass heavy stuff (some Galneryus songs clearly demonstrated this, I can’t remember which song it was but there’s this one bit where the bass alternates speaker and the left was clearly more suppressed). This is nothing major though, but some people might find it a little uncomfortable.

The last thing I want to talk about is some of the things that I’ve noticed with my particular combination of headphones and device. I’m running a Samsung Galaxy S2 with the 2.3.5 firmware (not upgrading until something stops working) and noticed a few particular quirks. Most prevalent of these seemed to be a kind of buffering effect between actions and what I was hearing. For instance, my phone would show a song as playing milliseconds before it would reach the headphones. I have insane reflexes so this might not even be noticeable to most people, but it was certainly there. As another example, I’d swipe the headphones, then I’d have to wait briefly for the next song to begin. It’s hard to explain, but the reason I think it’s a buffer is that sometimes early on during a song, it’ll cut out slightly as if it’s collecting more data, and if I checked my phone after this, it’d be slightly de-synchronised between what I was seeing and hearing. Another quirk like this is that sometimes the headphones and phone would randomly unpair. This is highly unlikely and I have only experienced it twice. I’ve also noticed it randomly pausing songs too, which is more prevalent than the de-synchronisation. 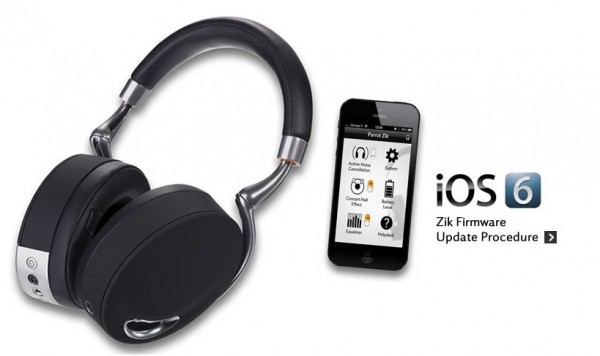 Despite some minor issues and the one with sound quality, these headphones are leagues ahead of their major competitor and are superior to most headphones that I have listened to in the past. If you’re someone that wants a trendy pair of wireless headphones that will make the Dre drones droll then these are the pair for you. However, if you’re a hardcore audiophile and not too fussed on aesthetics, there are superior headphones out there and you probably already have a pair of them.