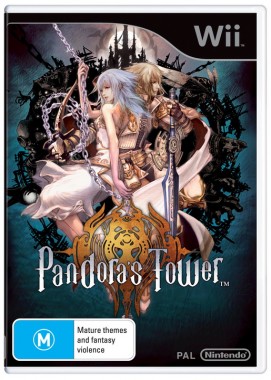 Overview:
It’s not too far a stretch for one to state that the Japanese RPG genre has taken a turn for the worse in recent years, with the Western world missing out on a large portion of the truly brilliant Japanese RPGs and instead receiving the next ‘big’ Square-Enix game. Now this isn’t a knock on Square-Enix, they can still produce a quality title (sometimes), but they have caused an unfortunate stagnation in the genre with their overwhelming quantity of monotonous drivel that they pass off as JRPGs.

That’s where Pandora’s Tower comes into the equation. Amidst the stagnation in the genre and on a console on it’s last legs, Pandora’s Tower provides a fresh burst of a life to both the genre and the Wii itself. It’s a classic throwback to role-playing games of old, while implementing a dash of new school style that make’s Pandora’s Tower such a delight. In the overpopulated and malign market of Japanese RPGs Pandora’s Tower represents hope for the once mighty genre. 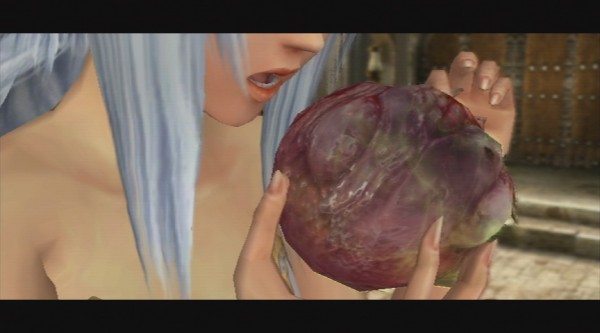 Story:
Pandora’s Tower tells a simple tale that harkens back memories of the RPG genre’s past, specifically games like Azure Dreams and Guardian’s Crusade. The concept is simple and doesn’t dabble too long in overwrought cut scenes, putting more emphasis on the journey and the feelings it evokes in the player.

The plot revolves around two ‘friends’ Aeron and Elena, both of whom are on the run from the military. Why is the military after them? Well as it turns out Elena has received an unfortunate curse that is slowly turning her into a beast. The military appear to want to keep this curse hushed and plan to eliminate Elena, hence eliminating evidence of the curse. Aeron of course wants to save her, to do so he needs to overcome the trials and tribulations of 13 towers in order to break Elena’s curse.

It’s a rather simple concept, but it works excellently. The world itself and the history of the characters is slowly revealed over the course of the story without the unnecessary gameplay halting cut scenes that are commonplace in the genre these days. It’s utterly refreshing to see such a ‘to the point’ storyline in an RPG game and it would definitely remind gamers of RPGs of generations passed. 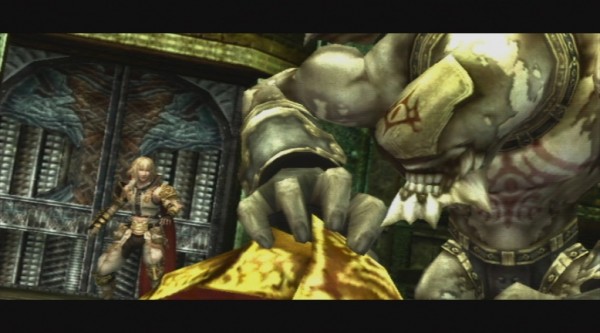 Gameplay:
Interestingly enough, while Pandora’s Tower feels old school aesthetically and thematically, it’s gameplay is decidedly new age. Instead of being turn-based like it’s fore fathers (Azure Dreams for instance), Pandora’s Tower is an entirely real time action RPG. There is no random encounters just pure hack and slash, reminiscent of action adventure games more so than RPG games. The real time combat feels a lot like the 3D Castlevania games or even like the Legend of Zelda franchise.

It is a rather nuanced experience with a large amount of attention to detail gameplay wise. As you progress through the game you of course level and unlock more equipment and items, giving more different ways to battle. But it’s not all about the battle system, perhaps the most interesting part of Pandora’s Tower is it’s dungeon crawling aspects. 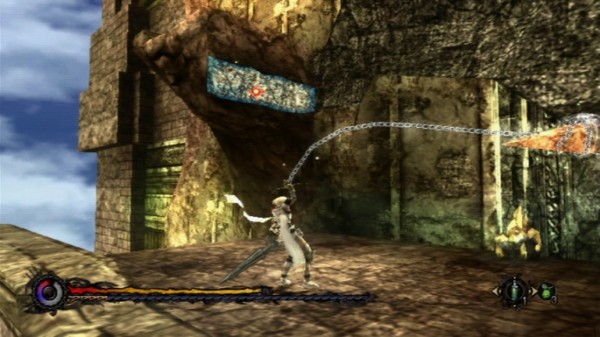 Each tower in the game is essentially a dungeon with a big boss at the end (Tower Master) for you to take down. This dungeon structure doesn’t necessarily work the same way as your average RPG dungeon instead opting for a more Zelda dungeon vibe. There are puzzles to solve and a fair amount of backtracking and area memorisation to take in. Each tower in itself is largely different, which prevents any repetition one may find from a dungeon crawler such as this. The emphasis on exploration is incredible and is refreshing especially when placed alongside the linear structure of the common modern RPG.

All in all, Pandora’s Tower mixes a bit of old with a bit of new to great affect. There isn’t a lot to this game as it’s a rather simple yet emotionally rewarding game. The depth and profound journey the player takes is such a rewarding experience, that ploughing through each tower is addictive. 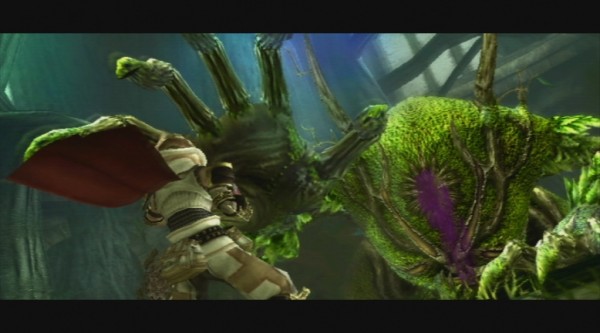 Visuals and Audio:
Like most good things, Pandora’s Tower has it’s let downs and that is unfortunately it’s weak visuals. Of course for the graphical standards of the Wii, this is beautiful. But visually Pandora’s Tower looks sadly very rough around the edges, this is more the fault of the Wii as a console than the fault of the game. The game looks like it does not belong in this generation and it’s messy graphics only serve as a detriment to the game. It honestly looks like a late PSOne/early PS2 RPG game and that is not a good thing, not in this day and age. It’s a crying shame, because the graphics alone will deter many as the game itself looks more than a decade old aesthetically.

While there isn’t much that can be done in the way of visuals due to the Wii’s limited power, Pandora’s Tower features a beautiful soundtrack as well as excellent voice acting from an entirely British cast. The soundtrack does not feature a single dark spot and features tracks that sound as though they would be at home in classic RPGs of yesteryear such as Final Fantasy IX. It is an all round great job from Ganbarian aurally, but a disappointing visual experience due to a console that has spent the last 3 years knocking on death’s door. 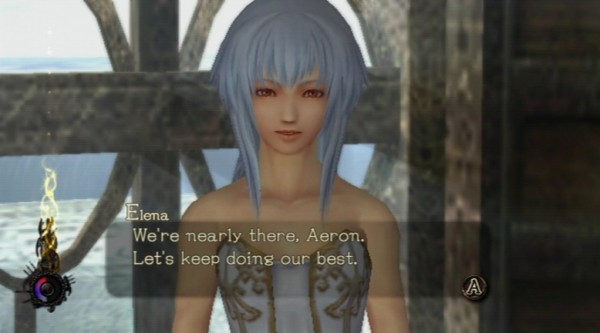 Overall:
In a time when most people’s Wii’s are doing nothing but collecting dust, Pandora’s Tower is released and gives the Wii that last flash of life before it will begin being phased out in place of the Wii U. The game itself is an anomaly, coming out so late in the Wii’s life span it’s a wonder why it couldn’t wait for the surely superior Wii U was released, but it also serves as a reminder that the Wii could house good games, even when it feels like the Wii has long since been written out of the equation for many gamers.

In Ganbarion’s first RPG attempt, they have certainly done a commendable job. After spending years making mostly One Piece tie-in games, they come out of practically nowhere with a brilliant and inspired game that proves that as a studio they are capable of so much more. Pandora’s Tower is a game that deserves more than a tail end release on the Wii and Ganbarion have proved themselves to be a developer that we should all keep our eyes on.

At the end of the day Pandora’s Tower is an incredibly fun and wildly addictive RPG that doesn’t bother with any tedious formalities. All it wants is for you to simply have fun and isn’t that really the measure of what makes a good game?