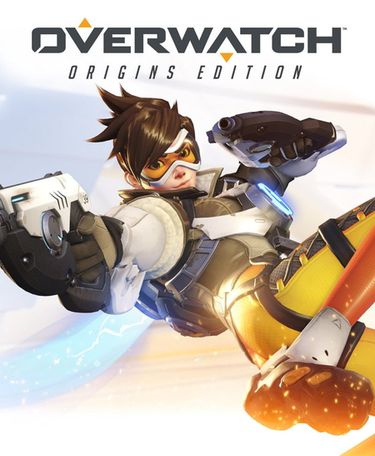 Overwatch is Blizzard’s first foray into the FPS genre and their first released shooter, as Starcraft Ghost met its untimely end in development hell. Salvaged from Titan, another one of Blizzard’s cancelled projects, Overwatch pits two teams of six heroes in team-based, objective-oriented matches. Don’t let Overwatch’s origins fool you. This game is good. 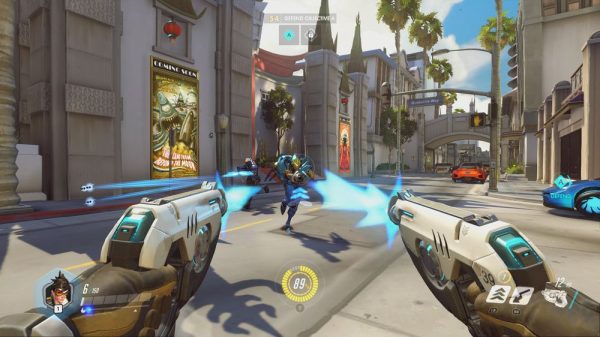 Overwatch is packed with a surprising amount of lore for a team-based shooter, a genre not exactly associated with plotlines. Too bad there is no easy way to access it all from the game. The story behind the game is fleshed out in a series of comics and videos released by Blizzard leading up to the game’s release that lays down the setting and gives each hero a decent backstory. It makes for an interesting read/watch, even if it doesn’t really explain why two groups of six random heroes are trying to kill each other over an objective point. I would love to see a link to a repository of all this lore either in-game or in the launcher. 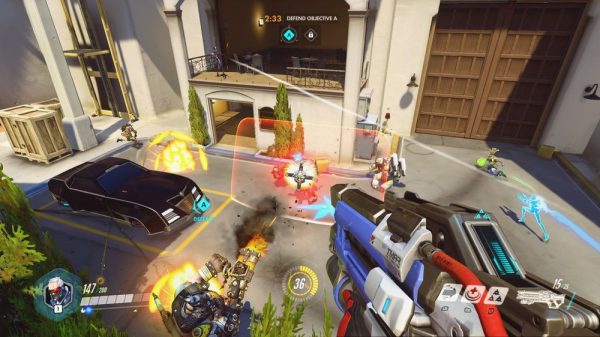 Overwatch ships with 21 heroes and 12 maps across four modes. The 21 heroes are broken down into four general classes based on their role: offense, defense, tank, and support. Although heroes may share a class, each hero has their own playstyle and take on the class thanks their unique abilities. The tank class is a great example. Although all five are close range brawlers with huge pools of hit points, they all have niches where they shine. For example, Roadhog lacks the shields of the other four tanks which makes it difficult to charge forward and soak damage. Instead, he is able to pull enemies towards him, dragging them into the line of fire and then jumping around a corner to heal himself. Reinhardt serves as Roadhog’s polar opposite, marching into enemy fire with a giant shield that protects his team from damage. 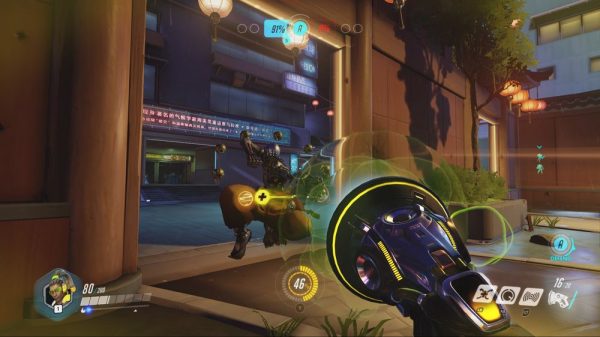 Though the game shipped with four different game modes, there is technically only three. The main modes are an attack/defend Assault mode, a best out of three king of the hill style mode called Control, and Escort mode which has teams moving a vehicle into the enemy base. The final mode is a hybrid of Assault and Escort, with the first half of the map being an assault objective and the final half being an escort. All of these are standard FPS fare. Each of the four modes have three unique maps. The map design for the most part is excellent, with lots of flanking opportunities for agile heroes and main paths that serve as flashpoints for combat. There are a few funnel areas that lack proper side routes in the game, which can be a bit of a challenge to push through. 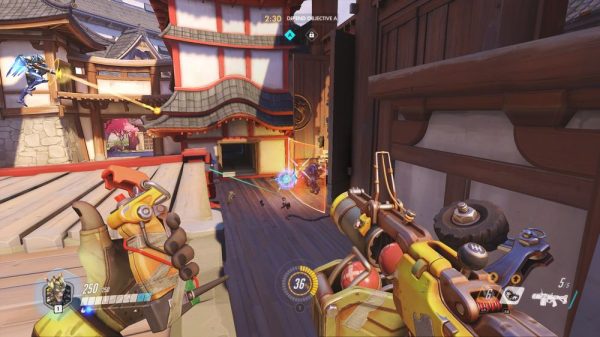 Currently, players can jump into games via the quick match system or organize private matches with custom rules. Each week brings a new arcade mode with its own set of rules. I am rather surprised at the lack of a ranked mode on launch. Blizzard assures it is coming and that it was delayed due to balancing issues, but a game like Overwatch feels a bit weird without ranked play. The matchmaking was decent for the most part, though there were several occasions where teams were extremely lopsided or a sixth player could not be found for an entire match. 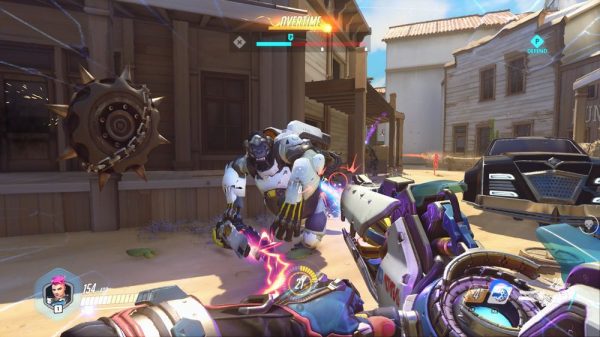 The overall balance is pretty good, though there are definitely some fine tuning that can be done here or there. There is a good balance in the skill requirement for heroes, from easy to play characters like Soldier 76 to Genji, the melee ninja which requires players with monstrously high skill to play well. There are a few heroes that are way overused for their sheer killing potential, such as Pharah and Reaper; however, I found it was very rare to feel completely helpless in Overwatch, as there was almost always a counter to every problem. 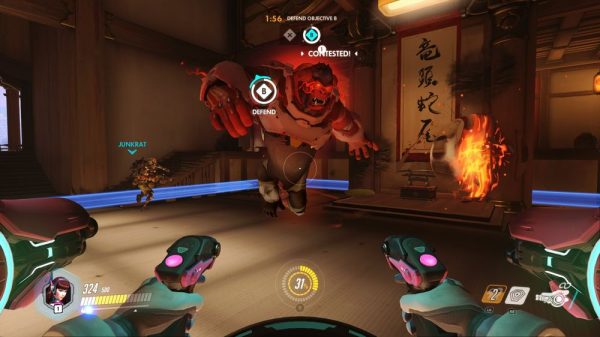 Overwatch is a newbie friendly game. Not only are there a handful of simple to learn characters to help ease players into the genre, the entire game is built as a system of positive reinforcement and team play. Individual players are not ranked among their team based on kills or points. Instead, players can only see who is “on fire” during the match. As players deal damage that contributes to an enemy death, complete objects, and support teammates, they earn heat points. Once a certain threshold is reached, they are considered to be “on fire.” Though it doesn’t have direct influence on gameplay, it serves as a nice bit of positive reinforcement for players. Blizzard is continuing the trend of positive reinforcement even when it comes to losing. At the end of the match, the AI decides what was the biggest turning point of the match and serves it up as the game ending replay. The play can be made by a losing player, which definitely takes the sting out of failure. After the replay, all the relevant stats for the player is shown. Four players from either team who performed particularly well are put up for an MVP-type vote as an extra pat on the back as a job well done. There is a constant feel of progression without affecting the gameplay to boot. Cosmetics like voice packs and skins are constantly unlocked as players level up and earn loot boxes. 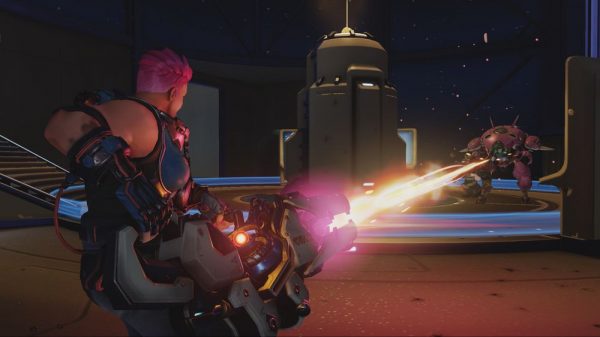 At the same time, Overwatch isn’t a game designed only for casual players. The game strongly emphasizes teamwork and coordination as the road to success. A few well timed ultimate abilities synchronized correctly can completely destroy the opposition, giving players valuable seconds to complete objectives. To add icing on the cake, many heroes have deadly skill combinations in the game that can be mastered for powerful effect and not all of them are founds on high skill/high reward heroes either. For example, the easy to pick up Roadhog actually has a combination of skills and attacks that can kill most heroes almost instantly, but is tough to pull off. 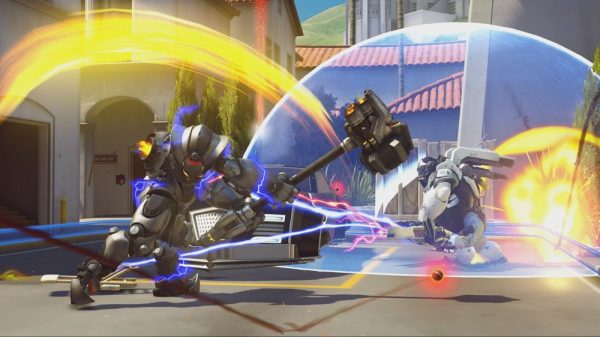 Overwatch is gorgeous. The world is a colourful vision of a near future mixed with a slightly cartoony style that Warcraft fans are familiar with. The design of the heroes mixes a futuristic look with pop culture stereotypes and references to previous Blizzard titles. I have to applaud Blizzard for the sheer diversity of the game. The heroes are a fair mix of different gender, ethnicity, and size; yet it doesn’t really feel forced at all thanks to the game’s lore. Most importantly, the silhouettes of each hero is clear enough that it is possible to identify them in the heat of a frantic battle.

On the technical side for PC, Overwatch is very well optimized. There are tons of settings to adjust to fit every computer set up. The game runs extremely well on older rigs and the minimum system requirements are generous. For consoles, the game is reported to be running at or close to 60FPS at 1080p, an absolute must for any competitive shooter. 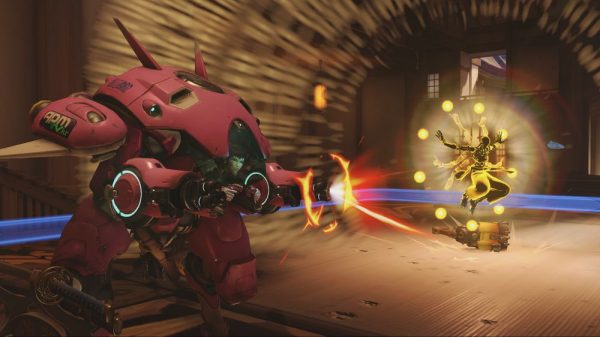 Overwatch has a great audio experience. The soundtrack is enjoyable and the sound effects are fantastic. The voice acting is absolutely top notch, with a great performance by the actors and excellent lines. Extra credit is due, as Blizzard has implemented a good VOIP system and Dolby Atmos virtual surround sound technology for headphone users into the game. 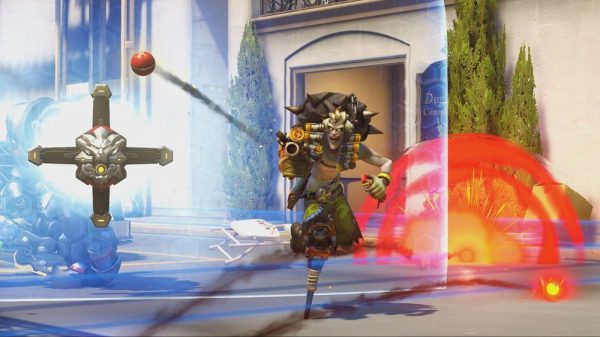 The bar is high for Blizzard on their first foray into FPS games because of its long held “delay it until it’s done right, cancel it if it’s bad” policy. Overwatch meets the challenge and clears the bar with ease. Not only is it the perfect gateway drug to competitive FPS games, it still holds countless hours of fun for grizzled old veterans of the genre. While there is still room for improvement, the game is very well balanced coming out of the starting blocks. While I wish there was easy access to the lore content in game, the graphic and audio design are absolutely flawless and the game is technically sound. If you plan on buying only a single game in 2016, make it Overwatch. 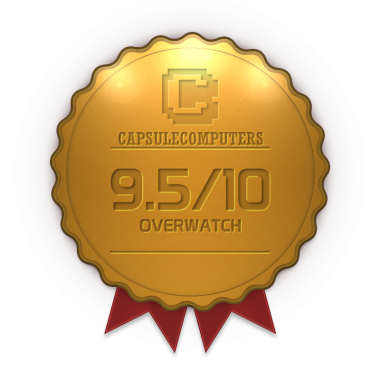 Like a phoenix rising out of Titan's ashes, Overwatch is a flawless competitive FPS that is both accessible and challenging.
9.5