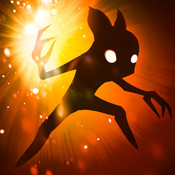 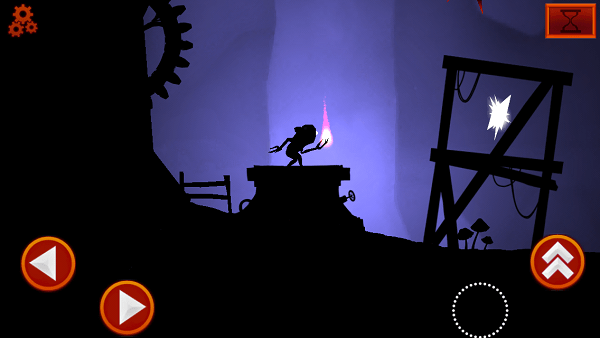 Oscura: Second Shadow is an interesting platformer developed by Ole Alfheim of Chocolate Liberation Front and published by Surprise Attack Games, the publishers of Vertiginous Golf. The title was made in the style of classics like the original Super Marios Bros. and Rayman with the artistic flair of Tim Burton. However, instead of utilizing martial prowess and brute force, Oscura has a magical glowing hand that guides him through the dark, gothic-style levels. He also has the ability to leap and navigate through the levels, avoiding any opposition by dodging them or using his ability to slow time, giving Oscura the opportunity to find a safe route around his enemies. Oscura: Second Shadow is available on iOS platforms, so iPhone, iPod Touch, and iPad users will have access to it first. A Mac version is under development still, but more information on that as time passes. 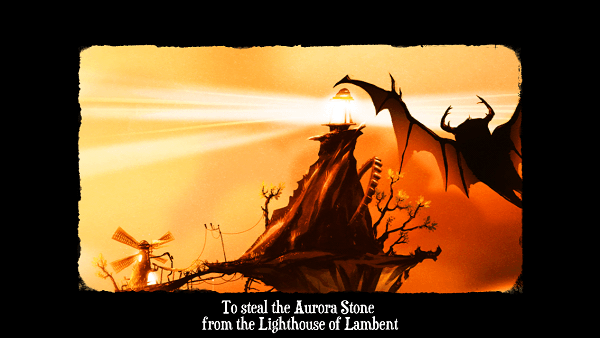 Gameplay in Oscura: Second Shadow is very similar to Super Mario Bros. However, in this title, you must recover the Aurora Stones that were stolen from the Great Lighthouse by an unknown creature. Without the light from the Aurora Stone, Driftlands – the land that Oscura resides in – will be destroyed. Oscura is the keeper of the lighthouse, and is charged with the safekeeping and protection of the Aurora Stone. You will have to take control of Oscura, an unlikely hero, through 20 different levels, each crafted to provide an interesting experience that is both challenging and fascinating.

The goal is to achieve the best time and record in each level. To complete a level, you have to make your way through the dangerous terrain filled with pits and monsters. However, you get a better score and more “Stars” if you complete the round perfectly. Perfection requires you to complete the level under a time limit, collect all the shards in a level, and not die. This will yield you 4 stars. However, if any of these requirements are not met, you’ll be greeted with lower amounts of stars. There are 20 levels in total so far, and each one is made to challenge your skills as you leap across the darkened landscape. 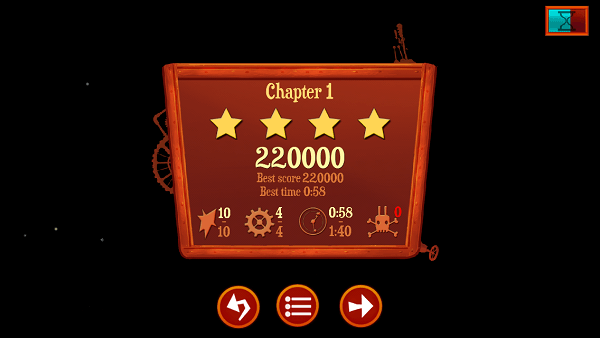 The touch controls in Oscura: Second Shadow feel very refined and polished. A simple touch of the directional keys will jerk Oscura forward, giving a real sense of control when you move the character through the treacherous lands. In addition to your movement, you also have the ability to double-jump and stop time. To stop time, you must collect little shards that fill up your bar. This will allow you to navigate through the level more easily, since you can’t kill or destroy the monsters that are in the level. Activating the time stop requires a simple push of the button, and another push to turn it off. You get to decide how long you want to keep it on for, but each shard only provides a little sliver of borrowed time, so using your ability wisely is the key to successfully getting through a round.

The levels are unique and there is a certain quality to them that makes it more enjoyable. I will say that it was a bit difficult to fully comprehend what my objectives were in the beginning, but that could have been due to my lack of patience. Making a tutorial space or even a simple objectives page would have helped a bit more in guiding me the right direction, but as you pick up the game, it becomes much more obvious. 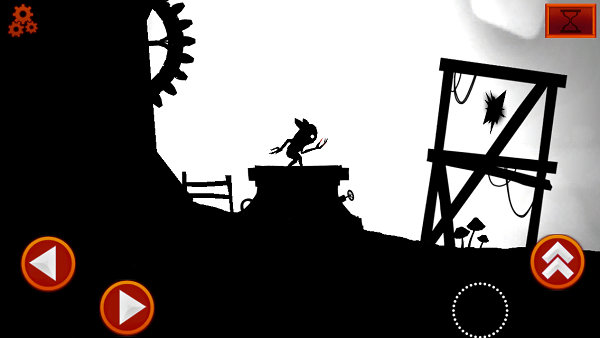 The graphics are quite unique in this game, and is the most important aspect of the game for setting the tone. The entire game has a very gothic feel to it, and is reminiscent of Tim Burton and his works. The levels are entirely handcrafted, and it reflects on how well-made the levels seem. It’s hard to run into a similar looking landscape twice, and for that I have to say I’m impressed. Each part of the level feels like a new experience, and it makes it more motivating to fully learn a level to achieve a perfect record later on.The audio was decent, but nothing that stood out to me. For such a dark-styled game, the music was pretty lighthearted. While it fit the bill for the type of gameplay that it boasts, I felt like the music could have been done a bit better. I ended up muting the game and simply playing through it without sound, and still felt like it completely delivered. 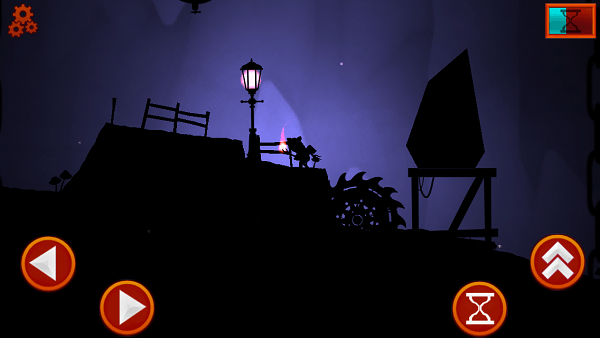 All in all, Oscura: Second Shadow is quite interesting in its own right. It’s kept me coming back for more as I try to get a perfect score on every single level. For individuals who enjoy platformers and Mario-esque titles, Oscura: Second Shadow might be the breath of fresh air you’ve been looking for on an iOS platform. I haven’t had time to try it on an iPad yet, but on the iPhone, the game feels really good. You should definitely check this title out.