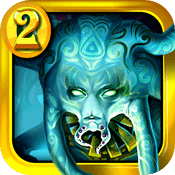 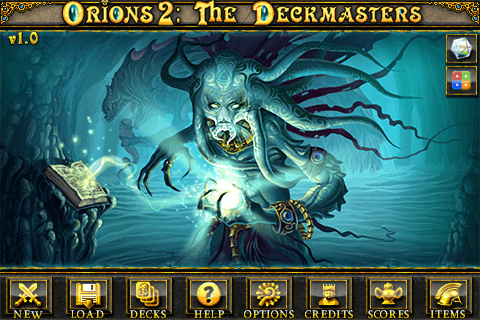 Orions 2: The Deckmasters, sequel to Orions: Legend of Wizards, is a collectable card game for iOS. In-that you use a deck of cards while flying around the map trying to secure land while battling and gaining XP and cards when you win.
The idea is you travel around the over-world map moving one spot at a time while trying to secure locations, while the antagonist is doing the same. There’s a story thrown in there somewhere but it’s mostly just an excuse for some card battlin’ action and is largely superfluous. 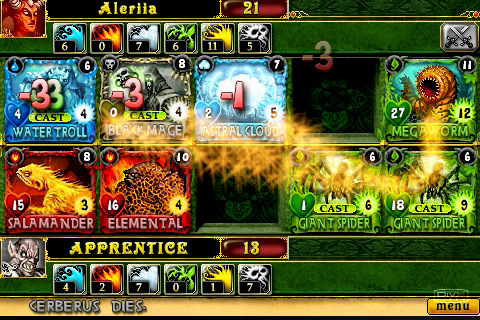 In the interest of full disclosure, I have very little experience with this genre so some of my points may be irrelevant if you’re a seasoned player. That said, this is not the sort of game that I would recommend jumping into if you’re new to the genre. It took a long series of deaths before I eventually got the hang of what you’re suppose to do. The beginning intro does little to explain the depth of how the game should actually be played. Admittedly, I don’t know have a clue as to how you would teach someone to  really play this, and once I finally got the hang of it, I certainly found myself enjoying what the genre has to offer.
Fights are laid out in a two row grid with five spaces for cards on each side. You face off against your opponent laying out cards, which will for the most part attack the card directly in-front of it. There are a few cards that vary this to an extent, but the majority of the battles you’ll be doing will be head to head on each card. The cards are all categorised by elemental symbols: earth, fire, air and water. Each category has a mixture of spells, abilities and monsters at your disposal. 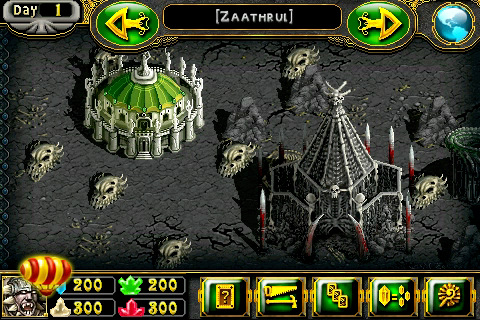 Orions 2 controls like you’d imagine, you simply touch the element you want to draw a card from, select the card and drag it where you want it placed. Once you’ve played a card, you can use the abilities of other cards already on the grid. If there isn’t an opposing card, then you attack the caster, whose energy needs to be depleted in order to win the match.
For a collectable card game, I’m actually surprised there aren’t any micro-transactions for further decks. Everything you need, you will collect through the game. I was happy to find that the developer decided not to nickel and dime me to death.
Aside of the main campaign there’s also a verity of quick duels that you can do online, with a friend or against the CPU. Personally, I spent almost all my time in the campaign but these results will, of course, vary depending on your circle of friends and play habits. 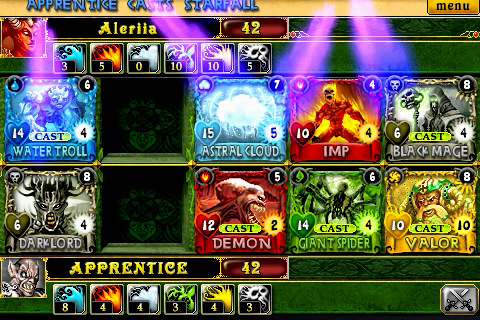 I have to say, I wasn’t in love with the art direction in Orions 2. Collectable card games rely heavily on the art of each card. While there were certainly some stand outs, I mostly felt this to be a bit derivative. It’s certainly serviceable, but ultimately unremarkable. However, I’ve discovered that I’m really not the target audience for this sort of game so maybe that’s just a bias. The music was appropriately ominous and did a good job of setting the mood. It actually reminded me of a PC role playing game from the mid 90’s. I’m not saying that in a negative way either. It reminded me of a game I would have played during my youth. It kind of made me all warm and fuzzy inside. 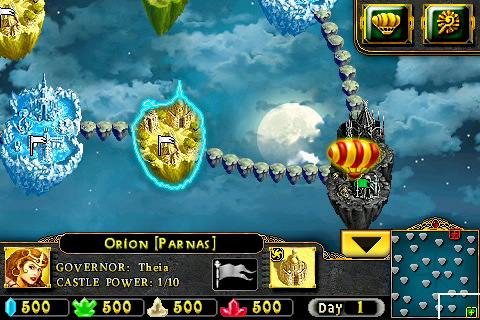 While I will admit that Orions 2: The Deckmasters did little to change my mind that collectable card games aren’t for me. And it certainly didn’t play nice when I was trying to learn the ropes, I still had a good time with the game. There are some really solid and deep play mechanics. I wouldn’t recommend this as your first deck fighting game, but I don’t think it’s meant to be. This is a game designed for a seasoned player and if that’s you, there’s certainly a lot of game in there for a measly 3 bones. Especially considering you don’t have to purchase any additional decks with your hard earned cash to stay competitive.