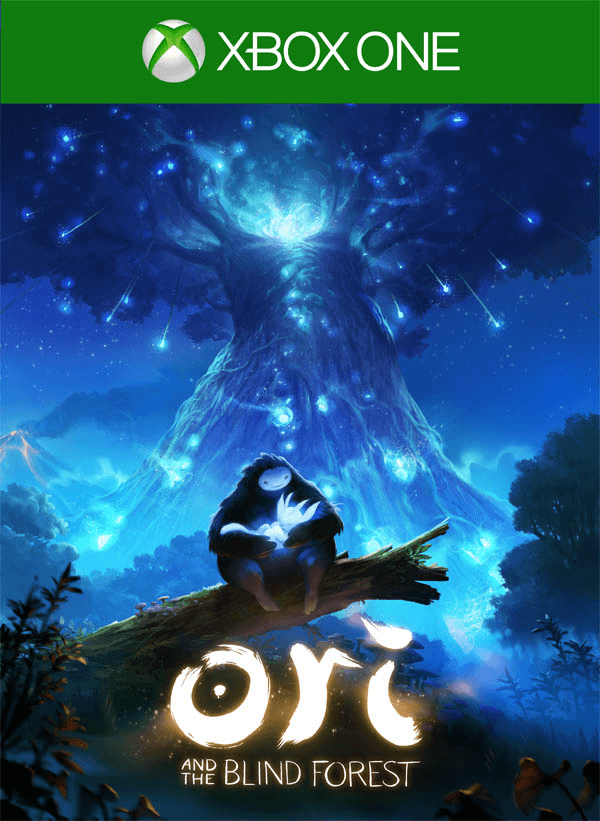 Overview
Often when a game is produced with a ‘Metroidvania’ style of gameplay and features stunningly gorgeous visuals there is always some concern that the game will be all style with no substance. When Ori and the Blind Forest was first shown off last year we saw very little of the game until a few weeks before its release and now that it is available for purchase, is Ori and the Blind Forest more than just a pretty face?

Story
Although the story of Ori and the Blind Forest is fairly simplistic as it involves the restoration of a devastated land, the prologue and the way that the rest of the story is handled is absolutely amazing. Rarely will you find a prologue told in such a simplistic but emotional manner and although actual control during this sequence is minimal, the way that Ori and its adoptive parent Naru interact with another with genuine affection and care. 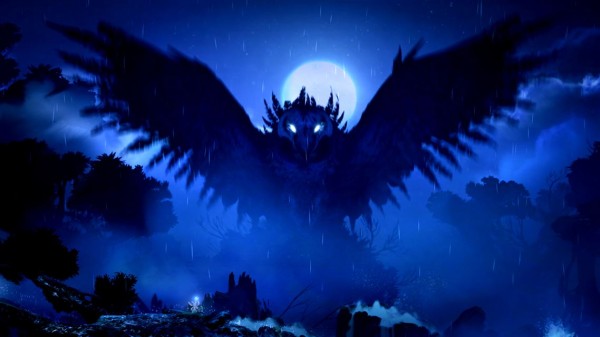 As the land begins to fall apart and food grows scarce, the heavy feeling of loss at the start of the game makes Ori’s goal of bringing life back to the land feel all the more important. This becomes especially heartfelt during the latter half of the story as players come to realize why things have turned out this way. By effectively telling a simple but emotional storybook storyline, Ori and the Blind Forest will have a place in your heart if you can manage to overcome every challenge it throws your way.

Gameplay
Ori begins its journey as a weak and fragile creature only capable of handling minor jumps before quickly gaining an ally that allows Ori to use lock-on attacks to damage enemies and destroy thorns that are in the way. Being a 2D platformer like it is, this only lasts for so long before players are quickly finding themselves obtaining various other abilities that allow them to climb up walls, use stronger blasts, float through the air, reflect enemy attacks back at them and using the blast for momentum, and more. In fact, while Ori and the Blind Forest may start out simply, it quickly becomes a challenging game where the exploration of the world seems to feel like training for the real challenges that are thrown at the player during certain sequences of the game, but more on that later. 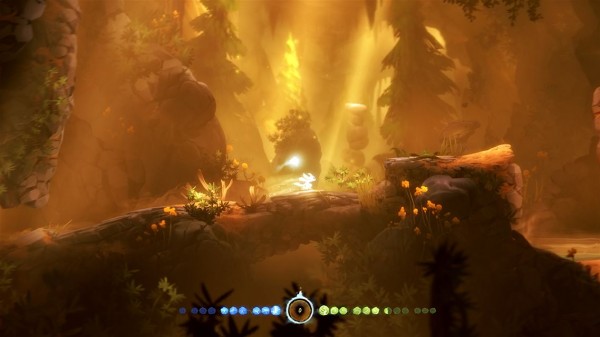 As players learn various skills they will find that they can access new areas that were previously blocked off or couldn’t be accessed when they were there before, encouraging exploration and of course, strengthening the character. As you explore areas and defeat enemies, Ori will gain experience that can be used to level up three branching paths that are all revealed from the start, allowing players to plan Ori’s growth in a manner that will fit their playstyle, though it is worth noting that some of these path upgrades are also locked by progression, though this will likely only become an issue if you attempt to grind.

Now as mentioned, Ori is a fairly weak creature and even with a full health meter, which can be improved upon by finding objects scattered throughout the world, will be killed quickly by monsters, environmental traps, and flying objects that take large chunks of health from Ori. Because of the challenging nature of many of the platforming sequences and enemies, players will become quite familiar with the way that Ori and the Blind Forest handles it’s save system. 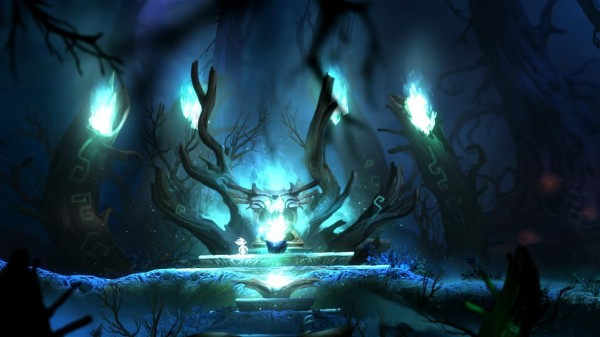 As you kill enemies and break crystals scattered across the area, Ori will gain Energy and any time throughout the game, save for the aforementioned certain sequences, can create a Soul Link (save point) by using a full orb of Energy. This becomes an essential system since the title does not autosave and if you happen to die, all of your progress, including collectibles, will be reset back to the last time you created a save orb. This means that players will often have to decide whether or not they should save at a certain point and running out of Energy or trying to get just a little bit further before saving as there will be times you will be low on energy and will be risking a long journey back if you fail to plan accordingly.

Ori controls incredibly well which is a necessity due to the high difficulty of some areas in the game, especially since many areas require precise timing and positioning or only a painful fall or death will wait. Now for those certain areas mentioned earlier, these areas involve Ori having to escape from an area with only a certain amount of time to do so and not only are save points disabled here, but even the slightest mistake can cause you to fail. 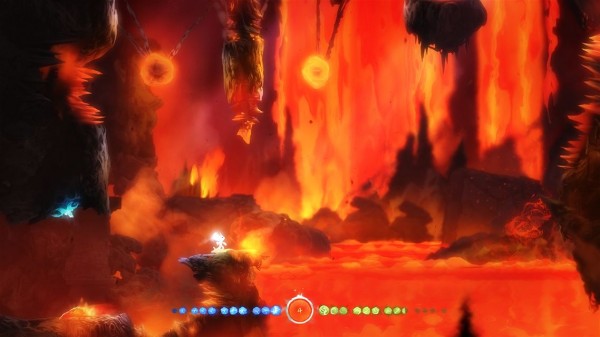 Taking advantage of Ori’s incredible dexterity and the tightness of the controls is the only way to survive these incredibly challenging areas but the entire trial and error aspect can become extremely annoying. Managing to complete these areas will provide players with an incredible sense of completion but they also border on being rather ridiculous as the complete reliance on precise movements through trial-and-error will frustrate many.

Visuals & Audio
Moon Studios has crafted a bewitching multi-layered world where you cannot help but pause and stare at the environment at times. Not only is everything rendered in gorgeous 1080p but the multiple layers of every background give the environment a sense of depth. The vibrant and varied designs of the world make for a picturesque fairy-tale like environment for players to explore and overcome as the fragile looking Ori navigates through the twisted land of the forest all while avoiding the dangerous creatures that have appeared throughout the land. 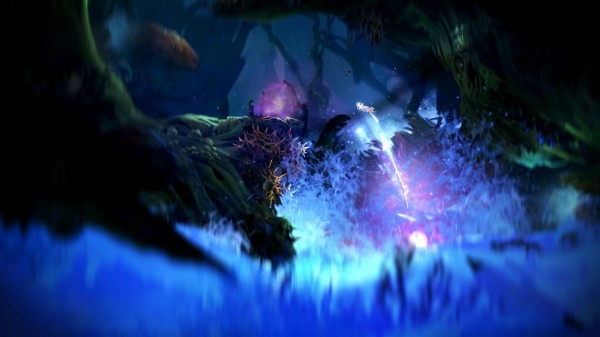 The accompanying soundtrack is just as substantial as the visuals. While the background music is fairly low impact most of the time it matches the tone of the game but there are a number of orchestral themes mixed in with these that really sound amazing. As for the dialogue, the subtitles are set against an unknown language spoken by a wise-sounding narrator who appears from time to time to explain the events of the story.

Overall
At first glance Ori and the Blind Forest may seem like just a gorgeous looking title with an emotional storyline but it also contains difficult but enjoyable gameplay filled with clever mechanics that keep things fresh throughout the experience. Although frustrating at times and, oddly enough, lacking exploration once the story is completed, Ori and the Blind Forest is a stunning game in almost every way and if you are looking for a challenge wrapped up in a beautiful package then you need look no farther than this game.