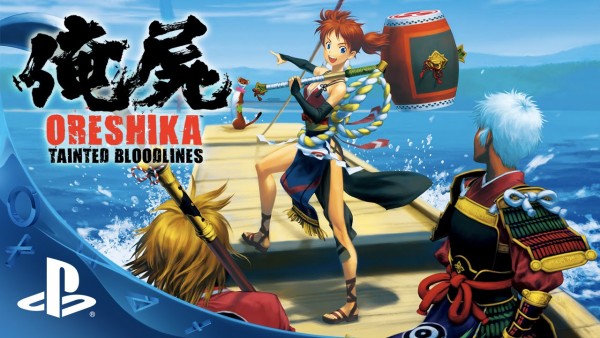 JRPGs have kind of fallen out of favour as of late haven’t they? The old turn-based system that many of us grew up with has been done away with in lieu of a more immediate style of gameplay. However all is not lost, as coming straight from Japan themselves is Oreshika: Tainted Bloodlines, an old school JRPG with a cool family tree mechanic and a gorgeous art style, that is here to show us that the genre is far from dead. 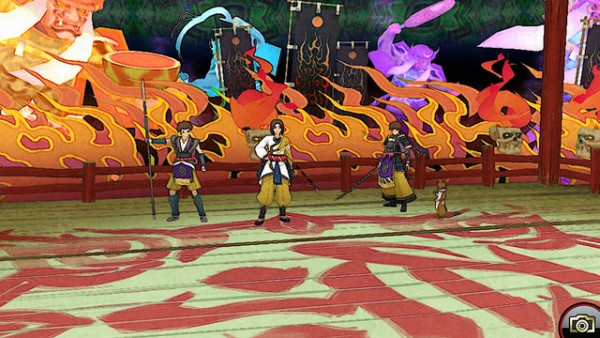 After the capital of Kyoto is ravaged by natural disaster, the emperor believes his kingdom cursed and hires a sorcerer to unravel the mystery. The sorcerer arrives and puts blame wrongfully onto a single samurai clan, and orders them all to be brutally killed.

When the gods intervene and resurrect the clan, they discover that they are cursed, being able to only live a life span of two  years while also being unable to reproduce. The gods again intervene, and allow the clan members to procreate with them in order to produce offspring to help find the sorcerer and eliminate him for what he did to the family.

The concept for Oreshika: Tainted Bloodlines is pretty cool and a little out there, but the interesting part about it is how well the storyline is reflected in the actual gameplay mechanics themselves (which I will go into a little later on). However, the fact that you are only with your team members for a short time before they die and are replaced with the next generation means that there is little to no time to become invested in any characters, leaving the whole experience a little hollow. 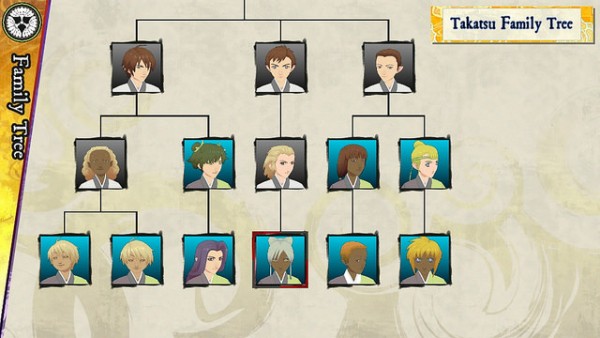 This is one of those games where the storyline is built right into the game’s mechanics, creating a seamless experience that just makes sense as you play it. Firstly, since the clan members only have a life span of 2 years, it means that your party is constantly changing on your quest to fell the sorcerer who cursed you. Not only that, but you will reproduce with a number of ancient gods and goddesses in order to keep your bloodline alive and fighting fit. There is a strategy to procreating, as the gods all have their own set of skills and abilities that can be used to either complement or balance out the weaknesses of the clan members and create the perfect offspring. There is a bit of a eugenics vibe going on here, but I’m sure we can all ignore that for the sake of gameplay.

Since time is such a key part of the storyline, it is not unexpected to see it integrated into the gameplay in multiple ways. Certain events only happen at certain times of the year, meaning you have to budget the very limited time you have in order to attend festivals, have children, buy items, explore dungeons and fell demons all before your character’s 2 year limit is up. 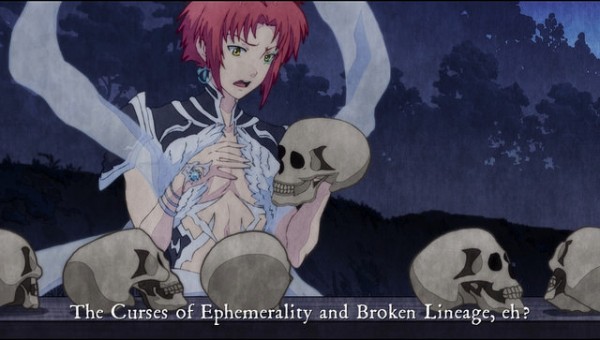 When a new clan member is born, you are able to select with of the game’s classes they will belong to. There are initially 8 classes to choose from, and the various choices you make affect how affective and synergistic the clan is during combat. The advantage to the system presented in Oreshika is that if your current clan isn’t working out, you don’t have to wait too long before you can fix it up just the way you like.

At its core, Oreshika is an old school JRPG with a modern twist. After deploying yourself to one of the game’s numerous, huge dungeons, you will traverse the landscape and encounter random enemies for your party members to do battle against. Battles are done in a turn based style that is rarely seen nowadays, and runs as smooth as you would expect it to. Each of your party members has suggestions about what skills or attacks they think they should use in combat, but as Clan Leader you are free to ignore their advice and command them to do what you want instead. This is a double edged sword because ignoring their advice too often will lower their loyalty towards you, which in turn can have them leaving the clan for good. 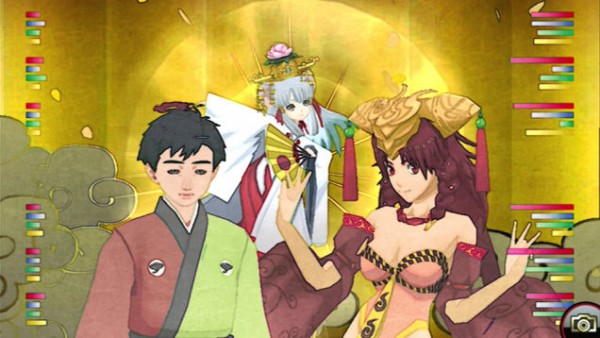 The art style used in Oreshika is some of the most impressive and unique that I have seen in a video game. It combines the style of ancient water colour paintings that are synonymous with the feudal Japanese era of clans and samurai, and mixes it with a more modern, anime-inspired look. The two very different, yet both very Japanese art styles blend perfectly and the result looks like an ancient scroll come to life on the screen. One of the cooler things to see is the fact that many attacks are highlighted in what looks like heavy black ink, which makes them pop and contrast perfectly with the otherwise faded watercolour look of the world and its inhabitants.

As for audio, since this is a Japanese game, the language is set to Japanese from the moment you boot up. This will no doubt be a pleasing feature for all of you anime lovers out there who prefer to hear audio presented in its original language. The character voices all suit their roles perfectly, and there is a good mix of voice actors so not everybody sounds the same. 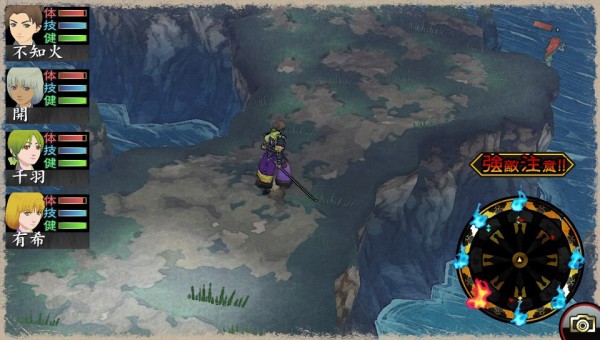 Oreshika: Tainted Bloodlines is the kind of game that I really like to see; a JRPG with new elements that manages to keep itself fresh and interesting all throughout my time with it. Sadly though, as much as I enjoyed it, the whole experience felt kind of hollow, like I hadn’t achieved anything and there was no real pay off in the end. I think this is largely due to the 2 year lifespan mechanic, since your team is constantly rotating you never get the time to become invested in your characters the way you would in say Final Fantasy VII. However despite this, Oreshika is still an enjoyable game with some really solid, mechanics and an art style that is a real pleasure to look at.