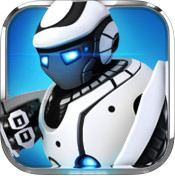 Overview
Robots are cool, everybody likes robots. Some have guns, some can fly, others can even transform…Orbot can do that last one. Kind of. Welcome to Orborun, to a world wherein one plucky little robot races through courses, unleashing the true potential of being a ball. 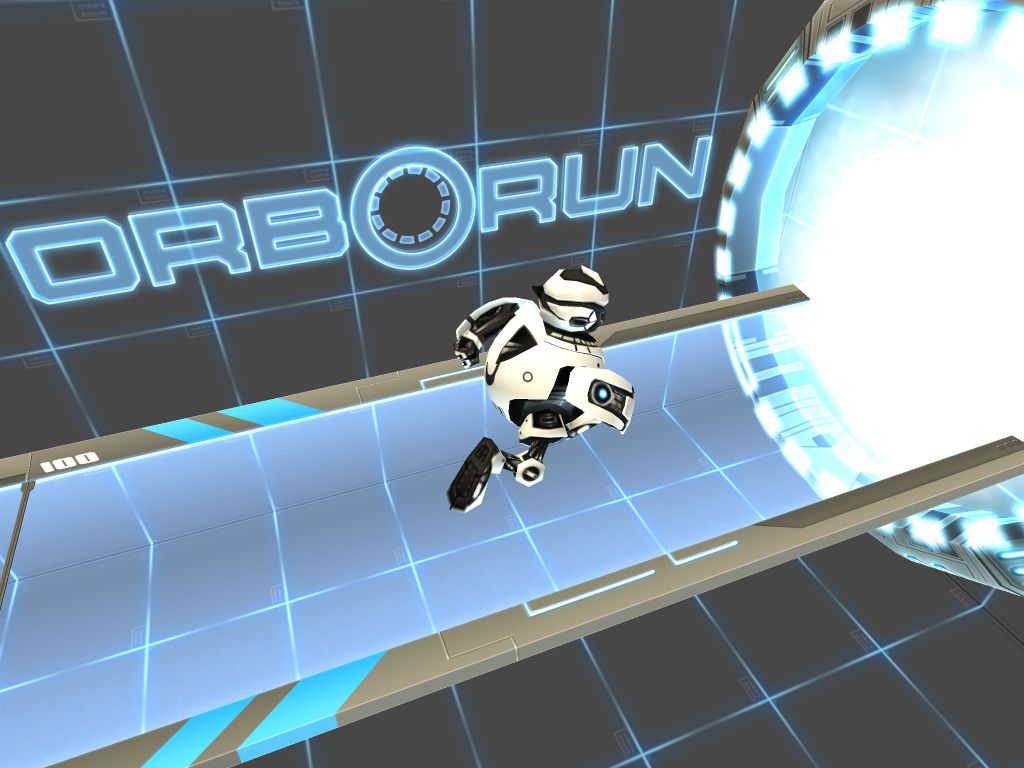 He’s really on a roll

Gameplay
Roll. It’s just that simple. Tap into Orbot’s natural abilities as a spherical object and spin onwards through a number of courses. The further you progress, the more complicated the courses become. The game provides you with two control schemes to handle Orbot: tilt or touch. Allowing you to play with as much physical movement as you want, some or none.

The goal of the game is to receive the highest possible score, represented by a star based ranking system. Ranging from one star to three star rankings, collecting enough will unlock extra levels to complete. In order to build up said score, a number of coins are scattered across the courses. Also spread amidst these are special coins which gain you a higher point score. In the way of obstacles, the game gives us glass. Literal glass panes that are placed lovingly along the course. Blue coloured glass grants you points, whilst red coloured glass slows you down, damaging your finishing time. 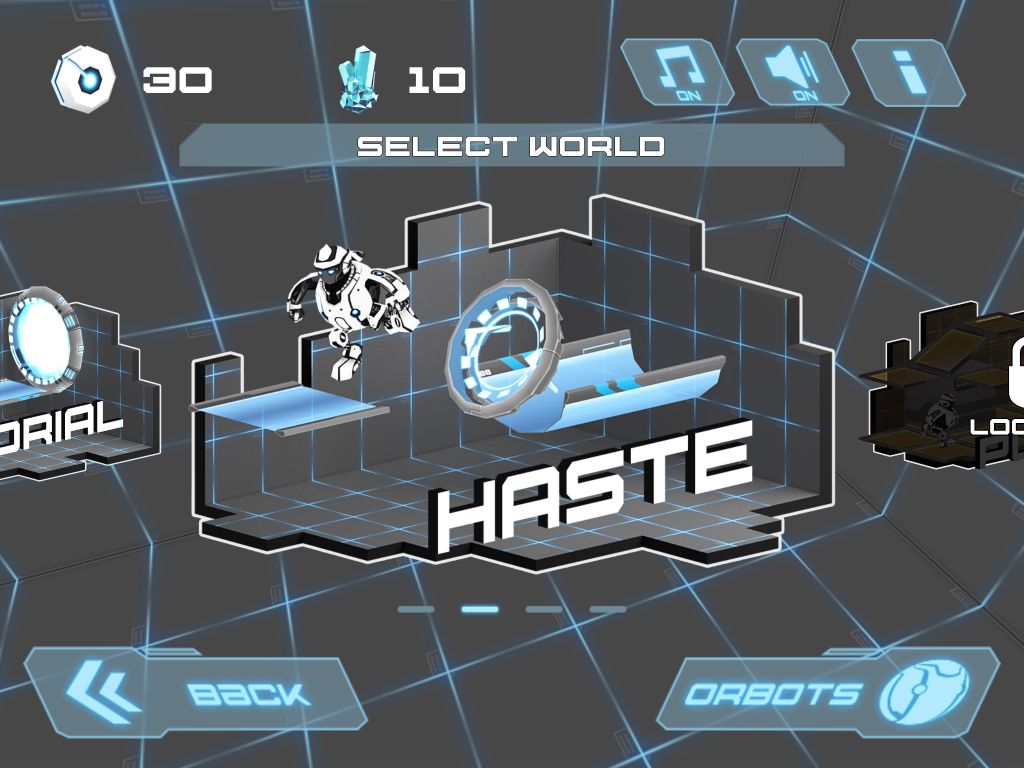 Time to make it

Completing levels also nets you Zetium. This wonderous element allows you to purchase levels not yet unlocked. However, there is one more thing that Zetium can buy, that most longed for object: Orbots. Along with the default, the game includes two additional robot models: Jumpy Orbot and Lightning Orbot. These two forms have their own unique skills, namely jumping and speed respectively. Additionally, with the coins that you collect along the way, you can customise your own little Orbot. Along with basic white, the game provides eight different skins to spruce up Orbot. 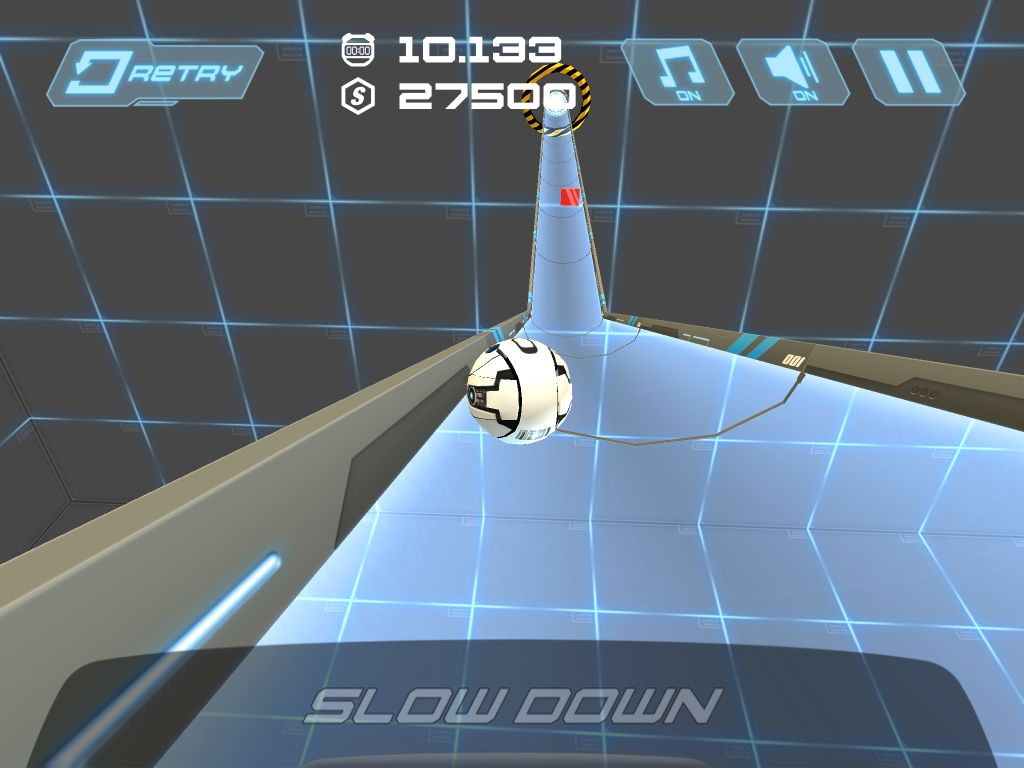 Visuals and Audio
The game has a fairly simple visual style. It presents a clean atmosphere, through the use of colours such as white and light blue. This notion is continued through the visuals of the environment…or lack of environment. Each track is set hovering in the centre of a very spacious cube shaped room, detailed with a simple grid pattern. The sparsity of the surroundings draws attention to the key elements of the game, namely collectables and Orbot itself, rolling ever onwards…until the end of the course. Occasionally, Orbot will mix it up a little and run for a time, showing just how much easier it is for a ball shaped robot to roll.

The soundtrack possesses a chill, techno kind of vibe. The fairly subtle sounds aren’t intrusive to the game, nor do they draw your attention from the visuals. It is, quite simply, background music. The tempo of the music doesn’t create an air of speed as much as one of casual progression. The game also a few sound effects, letting you hear a satisfying ping when you pick up a collectible, and a terrible shatter if Orbot should crash. 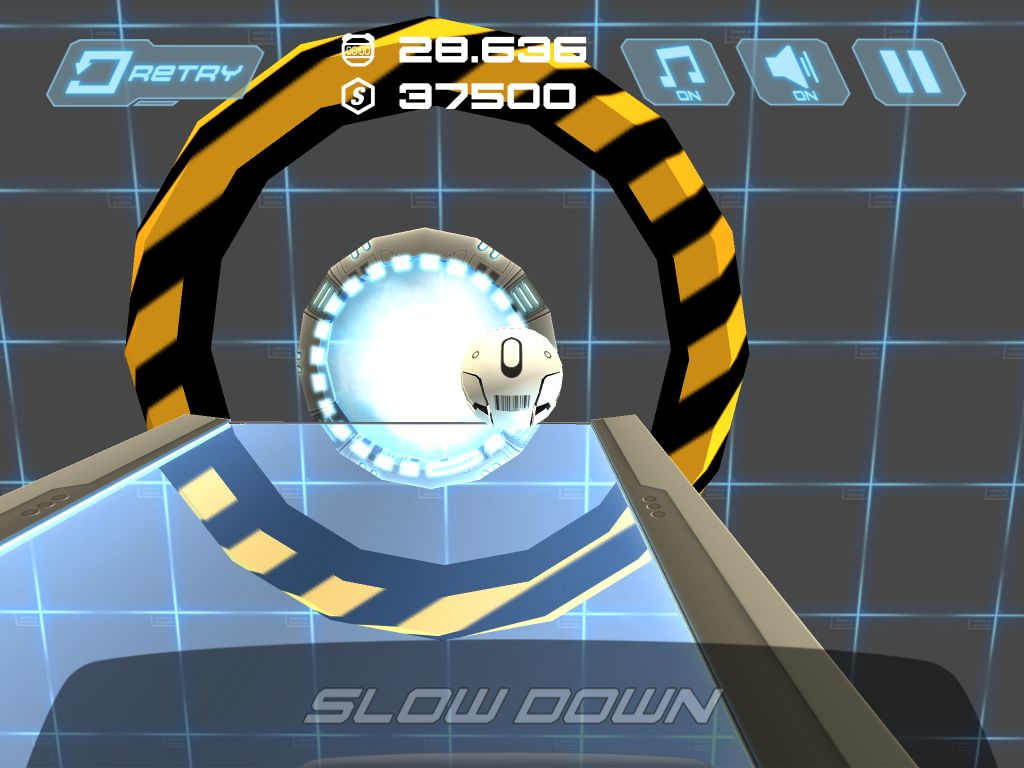 The end is near

Overall
Orborun is a fun venture into the run and roll style. The game itself isn’t particularly stressful, being more about skill and collection than raw speed. Collect coins, gather Zetium, buy more Orbots and do the whole thing again. Though the courses themselves are fairly short, the game makes up for it in sheer numbers. Haste, the first world, has thirty levels by itself, along with six bonus levels for you to test your mettle in. All in all, Orborun is a fun game that you can pick up and play whenever you feel like rolling around.