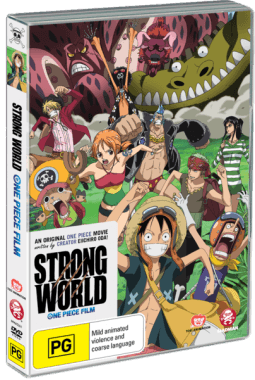 Overview
Penned by Eiichiro Oda himself, One Piece: Strong World is a film that has a lot to live up to. Not only was it the 10th film in the One Piece series, but having been written by the series creator and considered part of the series canon, it was hyped as the greatest One Piece movie yet.

That is some high expectations for one film, yet One Piece: Strong World proves to be a strong film all around, with a compelling story and setting for the Straw Hat Pirates to venture through.

One Piece has always been a series well fit for side adventures and the Straw Hats adventures through the titular ‘Strong World’ may just be one of their best yet. However, the question must be raised: is One Piece: Strong World too ambitious a film? 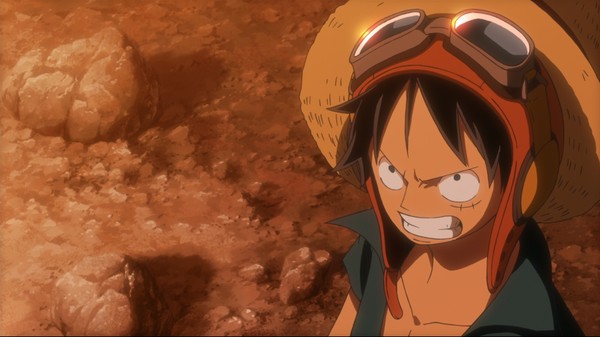 Story
After awakening on a mysterious set of floating islands, the Straw Hat Pirates must reunite with one another to put a stop to the evil ambitions of Shiki, a dastardly pirate dead set on destroying the East Blue and ultimately the world. The kicker is that Shiki has genetically modified the species on this set of islands resulting in super aggressive monsters out to hunt down our heroes. Luffy and friends must stand up and fight, not just for their home, but also for the people of the islands.

It is a great set-up for a film and the antagonist Shiki is generally well-defined. While his motivations are somewhat slapdash, his goals and personality are given a great spotlight, making him a villain that you can’t help but hate. He is really just objectively evil and he does make for a good opponent for the Straw Hats in that regard. Unfortunately while Shiki is a well conceived character through and through, his crew and allies are all forgettable fodder for the Straw Hats to squash.

In terms of the narrative, this is a classic battle between good and evil. Luffy stands for friendship, justice, and values the idea of a home, whereas Shiki uses people, has no morals and thinks the idea of a home is a weakness. This puts Luffy and Shiki positioned as polar opposites and it works very well for that main plot line. 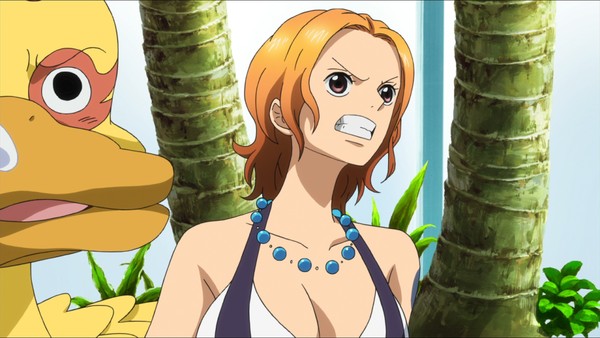 The pacing in Strong World is where the film falters somewhat. The entire ‘kidnapping of Nami’ story line flops back and forth repeatedly with seemingly no purpose. Shiki’s motivation for kidnapping Nami is rather suspect to begin with and to have her repeating escape only to be recaptured does feel somewhat repetitive. Despite that misstep the rest of the film is generally solid with a lot of fun moments for each member of the crew.

With the limited amount of time allotted for the film, Oda manages to give each Straw Hat a moment to shine. While there isn’t exactly a storyline for each character like one would find in a normal One Piece story arc, the film does a decent job of giving everyone something to do, even if they feel auxiliary to the main event of Shiki vs Luffy. Perhaps the film’s greatest flaw is that it aims to tell a story to grand for one film to capture.

All in all, the concept of Strong World is well thought out and conveyed with great detail. The struggle between Shiki and Luffy isn’t the most inspired battle the series has seen, but it is a fun conflict that has a fair amount of stakes to it. One Piece: Strong World is a film that One Piece fans will surely enjoy, it is an intriguing adventure for the Straw Hats into a world of the strong, that prove to be a great showcase of what the One Piece series is really all about. 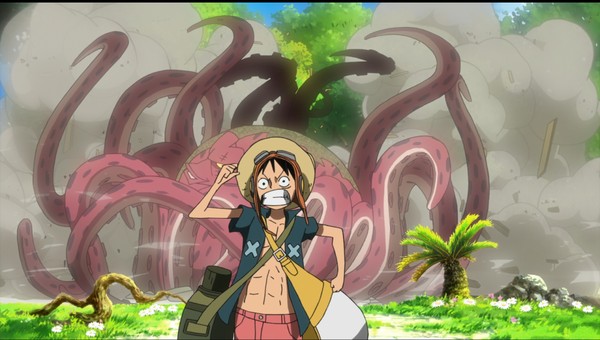 Visuals and Audio
Visually this may just be the best that One Piece has ever looked. One Piece: Strong World is a feast for the senses, with a flurry of gorgeous sights and sounds that make for one hell of an artistic foray from Toei Animation.

The redesigned attires for the Straw Hats are all very appealing and fit with the characters style and personality quite well. The level of sakuga animation on display in this film is simply phenomenal as well, it is fluid and best described as poetry in motion. 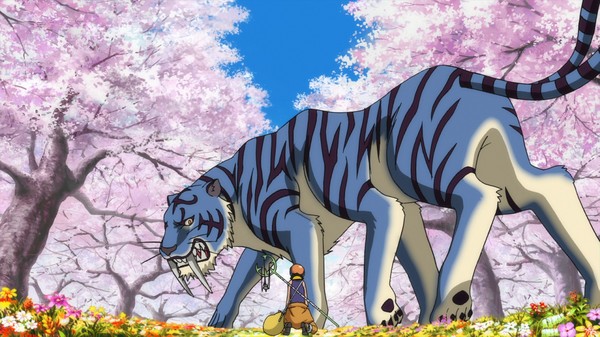 Aurally One Piece: Strong World is equally excellent. The soundtrack is filled with jungle beats and beautiful strings arrangements. It is a superb mix that provides the film with a remarkable atmosphere that will astound viewers.

For this release, Funimation have dubbed the film into English and continue the incredible dubbing job they have been doing on the series. This film also marks the English language debut of Brook, who is voiced here quite divinely by Ian Sinclair. Brook has yet to appear in the Funimation dub of the series so he makes his debut here.

As well as Funimation’s great English dub is the original Japanese Audio track which is of course equally as good. Both options are available and both have their merits. 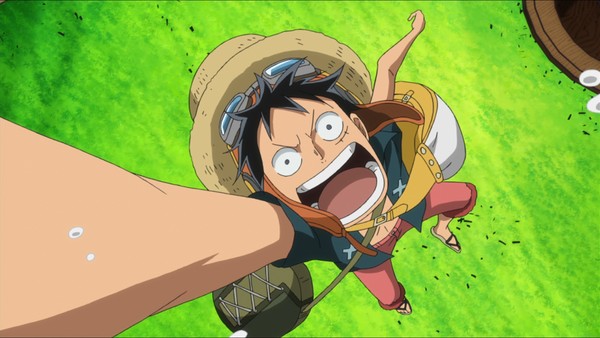 Extras
As for the special features on this movie release, Madman Entertainment have packed quite a punch here. Included on this release is the English language trailer for the film, the usual trailers for other releases and the grand daddy of them all is the Behind the Scenes interview with One Piece fans and the voice of Brook himself, Ian Sinclair. This 20 minute Behind the Scenes presentation gives a great look into the world of the One Piece fandom and the importance of the character of Brook. This is all in all a great effort from Madman for bonus content and makes this release more than worth the price of admission. 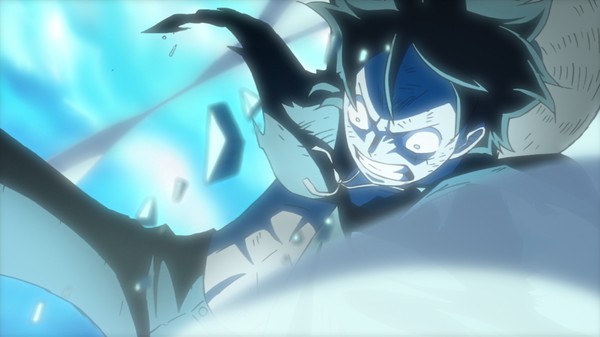 Overall
One Piece: Strong World is another fantastic journey into the wild world of One Piece. This film will delight fans of the series and serve as a great entry point for those yet to be acquainted with the eccentric Straw Hat Pirates. While it does have a few minor issues with pacing, it remains an all around enjoyable experience and arguably the most ambitious One Piece film to date. So what are you waiting for? Set sail for Strong World!