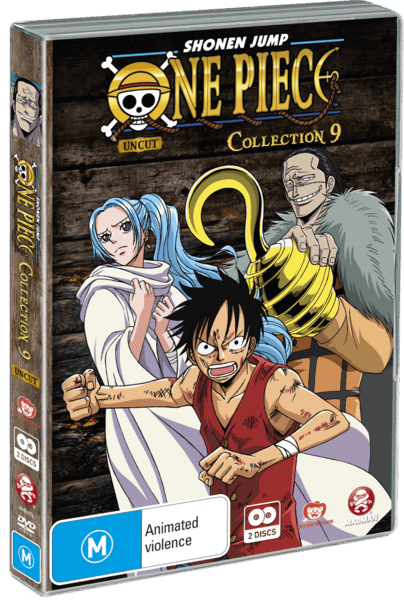 Overview:
One Piece is the name of the treasure that will grant the person to find it the title King of the Pirates. But there is more to the name of this series than that. Underneath all of it, everyone is searching for one piece. Whether it be the treasure itself or there own dream. One Piece is more than just a treasure at the end of the grand line. One Piece is the world, and everyone wants a piece of it. Everyone wants something and it’s out there waiting for them, everyone has their place and their piece. This is what this anime embodies, heart and soul.

This particular collection of One Piece takes place during the Alabasta arc as did the previous collection I reviewed. This collection details the revelation of Crocodiles plans and the Straw-Hats going to battle to stop Baroque Works from taking control of the country and causing the deaths of millions. However that is just on the surface. This collection is about one thing: The struggle to protect and fight for what is your one piece. 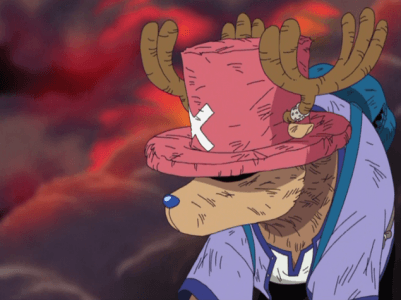 Story:
The story of this collection follows the continued campaign of the Straw-Hats in Alabasta Kingdom. All the pieces fall into place and the war is on between the Rebels and the Royals not so far a reflection from the Rebellious Straw-Hats and the aspiring Royals Baroque Works also in the heat of battle.

We have some amazing plot development here which doesn’t for one second drag or linger, it is too busy masterfully weaving this epic tale to stop. With moments such as Usopp’s speech and Sanji’s clever game of deceit with Crocodile, this is an unforgettable collection of the series.

The stand-out moment was Usopp’s speech about dreams. That one moment justifies Usopp’s place in the Straw-Hat pirates and solidifies what this series is all about. He is near death, but will not stand for his Captains dreams to be mocked. Because really who has the right to mock anyone’s dreams? To the characters of One Piece, you are your dream. Making light of that, is cardinal sin.

The collection ends with a promise of more fights to come and the conclusion to this grand story arc, with Crocodile appearing from a haze of sand to prevent Vivi from destroying her own Palace (which she believes would lead the Rebels to believe they have won and thus end this pointless war). 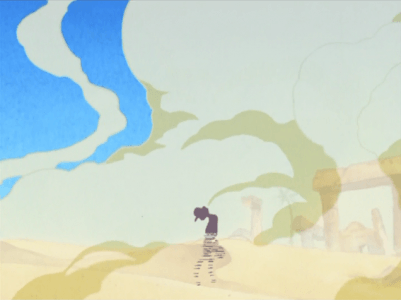 Characters:
The colourful cast of characters were all on their A game this collection. We had brilliant moments from Usopp, Sanji, Luffy and even Chopper. Not to say the others didn’t have their moments but I think as we dive into their battles next collection we will see them shine brighter.

Luffy finally had his encounter with Crocodile in the middle of the Sandora desert in which he finally met his match. Luffy does all he can, but alas nothing can take down this sandman and Luffy falls. But after help from an unexpected savior, will he be able to make it in time to help stop this war? I’m certain he will, but that will have to wait until next collection.

Overall their was great character development all around, I am tempted to talk more about Usopp and his speech but it is best you watch it yourself for it to have the same effect. 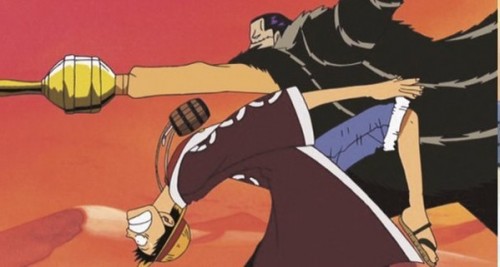 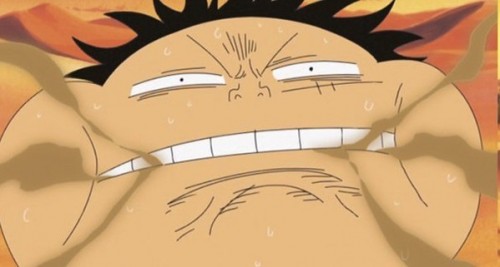 Artwork:
The art and animation was superb this collection, with the battles all wonderfully animated and the explosion effects were indeed a sight to behold.  I am a big fan of fluid animation and this collection’s fights had plenty of it, whether it be Luffy vs. Crocodile or the flurry of kicks between Sanji and Mr. 2, there was some great animation work all around. 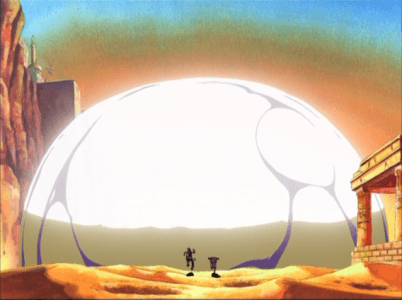 Audio:
What a great collection for the audio department. We have amazing voice work, particularly stand-out work from Sonny Strait as Usopp and Eric Vale as Sanji. Both of whom absolutely pulled out all the stops. I’ll say this once more, please get this collection just to see Sonny Strait deliver Usopp’s speech. I even heard that the Japanese voice actor praised Strait for that one.

The music was brilliant as well, with a new opening theme in the last episode, Hikari E, sung by the great Vic Mignogna here, who does a great job with the song originally in japanese by The Babystars.

We also say goodbye to the previous opening theme, Believe. It had a good run and was the theme of several great arcs. But moving forward Hikari E is a good replacement. 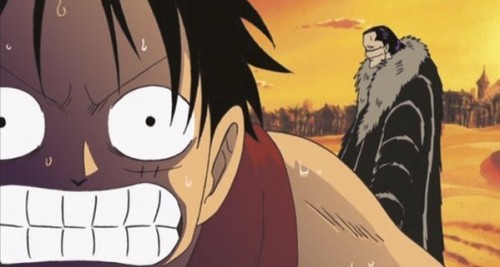 Special Features:
We got a great release from Madman here, with a reversible cover-art of the Straw-Hats and Baroque Works, a great episode 114 commentary with Sonny Strait (Usopp) and Wendy Powell (Miss Merry Christmas) and Jason Grundy (ADR Director) as well as Madman’s usual trailers and textless opening and endings.

The commentary itself is particularly humorous as both voice actors comment on how all the voices for this series are voice killers. We also get some detail upon how they went about dubbing the series itself and in particular this episode. 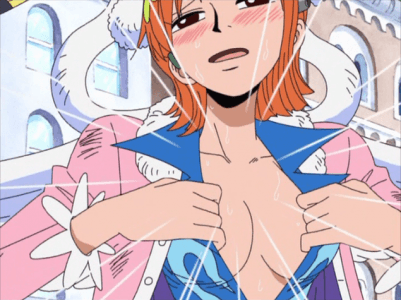 Conclusion:
One Piece is a series where the name says it all, but in the most subtle way possible. It’s all done so masterfully, that I am convinced that Eiichiro Oda (the creator) is a genius. If you are looking for adventure, action, emotion or a series that will resonate with you. This is the series you should be watching.  There is so much to see here, it is crazy.

There isn’t a single bad thing about this collection of One Piece, it caused me to feel so many emotions and really think deeply about both the series and my own life. It’s that extra level of depth and resonance that makes One Piece a modern day classic.

I give this piece of One Piece: