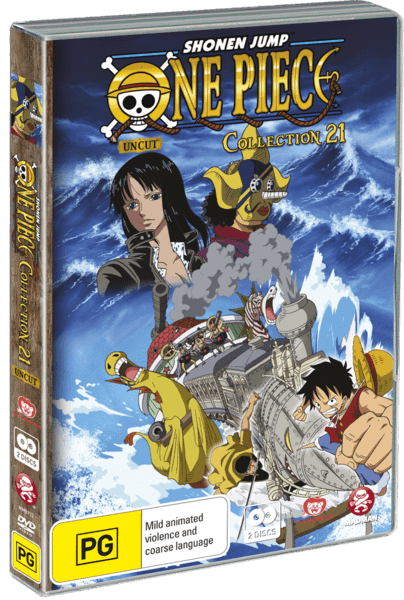 Overview
If there was ever a shonen anime that could find adventure in just about anything it was One Piece. Be it a trip to the shipyard to get a check-up on their boat or a train ride across the sea, One Piece always has an adventurous heart underneath it all.

This particular collection of One Piece covers episodes 253 to 263, comprising of the Aqua Laguna impact and the entire Sea Train arc. It is always nice to see an entire arc collected in one nifty release, but it is especially so when it is the excellent heist adventure that is the Sea Train arc. For a transitional arc, this one sure is a lot of fun. 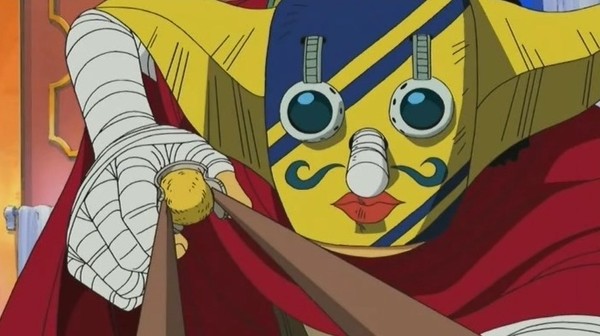 Sniper Island is in your heart!

Story
We last left off Luffy and crew as they brace for the impact of the legendary Aqua Laguna tsunami at Water 7. Robin, Usopp and Franky have been kidnapped by the dastardly CP9 and are being taken to the World Government HQ, Enies Lobby. Sanji launches his rescue operation on the Sea Train (a train that runs aross the top of the ocean).

The wheels begin to turn, with all the major players moving into position for the epic story of Enies Lobby that awaits us in the next collection, but for the Sea Train arc, what we have here is an entertaining heist story-line, with Sanji and the boys setting out to rescue Robin from the clutches of the World Government.

The bonds of the Strawhat Pirates are really put to the test, with their love for Robin clearly on show and motivating each and every one of them to attempt to rescue her, even the recently ex-Strawhat Usopp.

One of the most memorable parts of this particular collection is the introduction of Sniper King, Usopp’s alter-ego who aids Sanji and Franky in their attempted rescue of Robin. Usopp feels a sense of embarrassment at his previous loss to Luffy and subsequent split from the crew, saying he cannot face them after that. He once again reverts to his cowardly self, it isn’t until he puts on the mask of Sniper King that he finds his courage, he can be a hero in his own way.

This character progression for Usopp has been a long time in the making and it pays off big time in the Sea Train arc with Usopp or Sniper King as he prefers to be called, takes centre stage and even going head to head with the strongest members of CP9. He may not be the strongest, he may not always be the bravest, but Usopp has heart.

It was certainly a pleasant surprise to see the focus placed on Usopp and Sanji, it was a much deserved time out from Luffy and the others after the hard slog that was their confrontation with CP9 at Iceburg’s mansion. Usopp is certainly heading in a brighter direction after his character hitting some hard times, one can only hope that he continues to grow and eventually find that in his own way he always was a hero, Sniper King or not.

Visuals and Audio
One Piece has continued to evolve aesthetically over the course of its run and after making the transition into wide-screen a few collections back, the series has keeps looking better and better with each passing release. This particular collection features some gorgeous sakuga animation and some affectionately detailed artwork. The world of Water 7 and the Sea Train that made it famous is wonderfully depicted for all of its viciousness and inherent beauty.

This arc also features the introduction of a new ending theme song, which is a quiet yet moving piece of music that perfectly captures the tragic story of Nico Robin, capping each episode off nicely. Besides that, Kokoro no Chizu continues to serve as the series opening theme and showing why it is without a doubt one of the best themes the series has ever used. It is unfortunate however that Funimation has stopped dubbing the songs into English. Regardless the original Japanese version is superb. 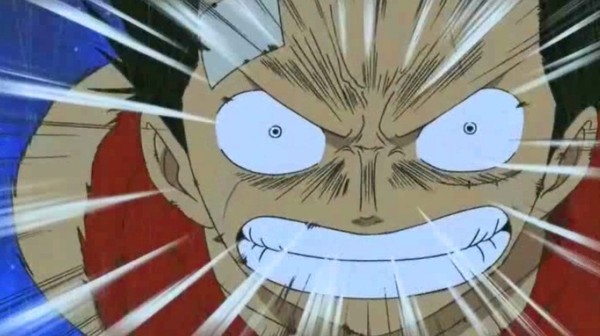 Luffy is a tsunami punching mood.

Extras
This may very well be the most jam-packed One Piece release we have seen from Madman Entertainment to date. Not only does it feature the regular trailers that comes with all of these releases, but it also features two episode commentaries, an interview with Chris Sabat (Zoro), an interview with Colleen Clinkenbeard (Luffy) and textless opening and ending theme songs for your viewing pleasure. This is undoubtedly an impressive amount of bonus content on show here and well worth the buck. 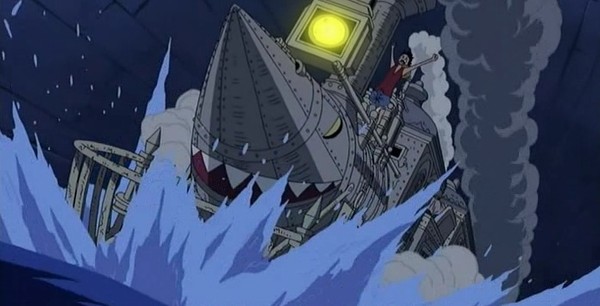 Train has no breaks? Can’t slow down? I think I’ve seen this movie!

Overall
One Piece Collection 21 is one hell of an enjoyable ride, with the Strawhats setting out to reclaim their kidnapped crew mate Nico Robin. It is a train heist adventure the likes of which have never been seen in anime before. The scale of the story told here is simply mindblowing in all of its intricate detail and depth that plays out over the course of an 11 episode span.

While the Sea Train arc may just be a transitional story but it is definitely one of great importance. There are many major revelations and events that unfold on this wild train ride and each and every one of them sure to excite One Piece fans. This is one story that builds towards something larger and with Enies Lobby in sight, it looks like next collection may just deliver on that promise.

It goes without saying that the scope of the story and world of One Piece gets more grander and more ambitious with each passing story arc. Now that the Sea Train is pulling into Enies Lobby, one can only wonder how much bigger can this show get? Well if this particular collection is anything to go by, this is one series that will only keep on getting bigger, better and even more fun, all on the road to One Piece.