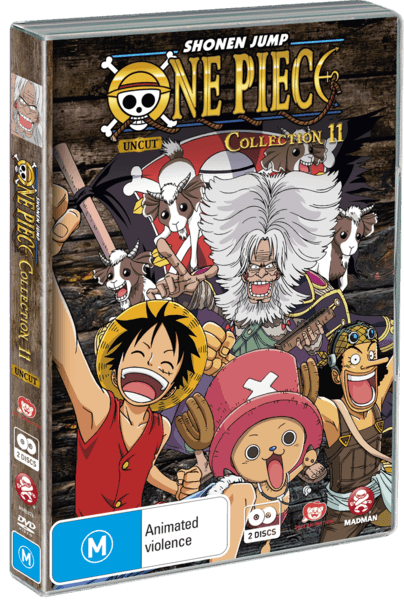 Overview:
After the giantic heights of the epic 3 collection long Alabasta arc, One Piece had to take a break and move into more peaceful waters, atleast for the time being. Collection 11 features One Piece’s second foray into filler arcs, with the entire collection being composed of filler not present in the manga.

Many usually skip filler just because they were not created by the original author and therefore are inferior in their minds. What we have here is far from inferior. What we have here is clever writing, clever story-telling and great character moments all around. With a collection that features 3 story arcs, there was a great deal of story told, so hold onto your straw-hats as we set sail into One Piece Collection 11. 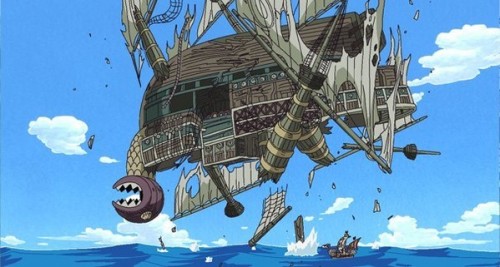 With a new member aboard they set sail to the seas once more in search of adventure and the One Piece. Where this Collection succeeds is in the fact that it went into filler. I’m sure some of you gave out an audible sigh at that, but it is true. The series needed some cool-down time and we got some nice story arcs out of it.

First off was the Post-Alabasta arc, which spent a few episodes focusing on individual members of the Straw-hat pirates (excluding Luffy and new member Robin). Each member got a little more of their past revealed as well as some friendly reminders of their dreams and where each character is heading. Out of these episodes, Zoro’s was the undeniable stand-out. The episode which told the tale of how Zoro met pirate-hunting partners Johnny and Yosaku, was also a subtle call-back to Eiichiro Oda’s one-shot manga Wanted! which he had created prior to One Piece (which for those out of the know, focused on a character with a similar design to Zoro).

Following the character focused arcs, the story moved onto a 3 episode arc featuring an old man and his goats. There were some well placed comedy moments here that never once fell flat. The ending was also very satisfying. 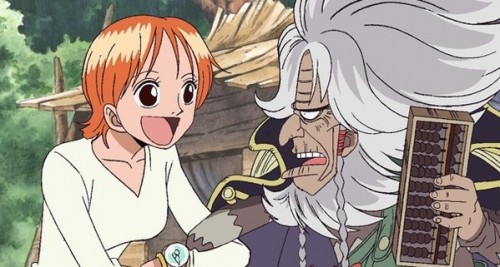 Moving on from the Goat Island arc was the Collection’s final arc, which was also it’s best. The Rainbow Mist arc is written off by many as being a confusing and boring story arc. I couldn’t disagree more. The story followed a bermuda triangle like phenomena known as the Rainbow Mist, which upon entering can not be escaped from.

What made this arc so clever was the foreshadowing and the way it used the concept of time itself to tie things togethor in the end. From the beginning of this collection Robin was seen reading a book titled the Rainbow Mist, for the sake of being spoiler free, lets just say that it is a very significant plot point in the end.

Overall this collection was as well written and clever as One Piece ever is. The story was well told and concieved without the input of Eiichiro Oda’s original manga as it’s source. For filler this is about as good as they can be. It’s a testament to the creators to have constructed such a well told narrative without utilising source material.

Characters:
This collection featured some brilliant character moments from start to finish. From the hilarious near kiss between a sleeping Sanji and Zoro to the touching reunion of Henzo and Rapa Nui, the characters were all on their mark.

Several new characters were introduced for the filler arcs, including the memorable Wetton dynasty (all voiced by the excellent Vic Mignogna) and the lost children of the Rainbow Mist. All of which were well concieved characters with the great deal of depth you would come to expect from One Piece characters.

All in all, the main cast along with the one-off character were all on fire this collection, providing some real emotional investment in their exploits and adventures. Which is exactly what they need to do, in order for you to connect with the story being told. 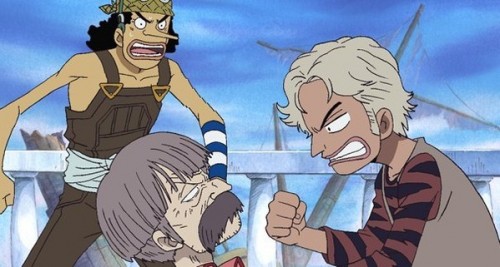 Artwork:
The art and animation was of surprisingly high quality, even on par with the Alabasta arc preceding it. I’ll admit I was a little surprised considering this was a filler arc. When I realised that although it was filler no costs were cut in the production of the art and animation, I was extremely pleased.

The Rainbow Mist is of particular interest in this subject, as it was well designs and very memorable. It was both visually impressive and mystifying. With such great detail put into the backgrounds and character designs, this collection featured some great eye-candy all around.

Let’s not forget the battle scenes were as fluid and lively as those of the Alabasta arc, with fully animated attacks, not a single corner was cut. This is truly saying something about the production of One Piece which continues to improve with each release.

Audio:
The soundtrack was as good as ever and used to perfect effect in the emotional and inspirational moments concluding the Rainbow Mist arc. Whenever the instrumental version of “We Are” begins to play you know something is about to pluck at your heart-strings, after 143 episodes it’s become second nature to prepare yourself for something sad yet hopeful whenever it plays.

The opening and endings remain the same here as last Collection, so there is little to say about them other than that they continue to be a perfect theme and end theme for the series as it moves forward.

Voice acting as per usual was absolutely astonishing, with stand-out performances from Vic Mignogna guest starring as Wetton and Lake during the Rainbow Mist arc. He is just so charismatic and in control of any character he performs. I hope he returns somewhere in the future for another role in One Piece as he is just amazing.

Special Features:
Much like the previous collection, Madman has done a good job with special features here. We have the usual trailers alongside a reversable cover, which features some nice artwork of the crew aboard the Going Merry. Also like all collection’s preceding it, a commentary track is available. This particular commentary is of episode 140, featuring Colleen Clinkenbeard (Monkey D. Luffy) and Vic Mignogna (Wetton and Lake) with ADR Director Jason Grundy. 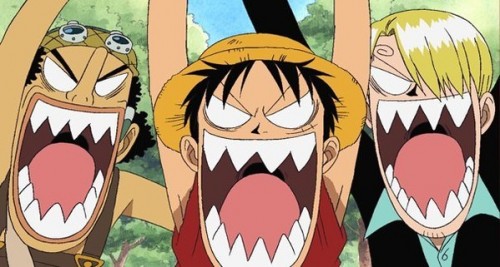 Conclusion:
One Piece Collection 11, proves many misconceptions about filler arcs wrong. The storys told in this collection are clever, well written and above all on par with canon One Piece episodes. It provided a nice cool-down after the high octane Alabasta arc and ends with all gears spinning toward the Jaya arc in Collection 12. All in all, One Piece Collection 11 is a great piece of anime and is without a doubt a must watch.

I give One Piece Collection 11: