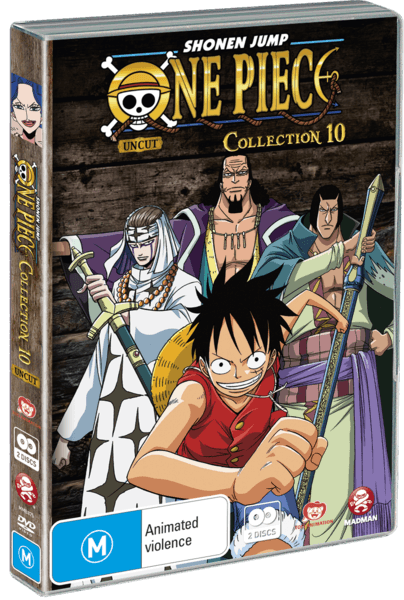 Overview:
When comes to trilogys or three-parters, I find it to be common that the second episode of the three is the most interesting. This being that the second contains all of the bombast and build-up to the big conclusion whilst riding the waves of the introduction. With the third usually struggling to satisfy the hype it built for itself and with the first being all introduction.

Now, the Alabasta story arc of One Piece can be considered a three-parter, with the Ace Arrival section being introduction to the desert kingdom of Alabasta, the Baroque Works Assault section being the build up and full of action and then we have the Crocodiles Downfall section which resoundingly breaks the tradition of trilogys and proves itself to be a worthy and deserved conclusion to the epic story arc. It is just the kind of thing One Piece is brilliant at, breaking all the preconceptions attached to television, anime and even story telling itself. 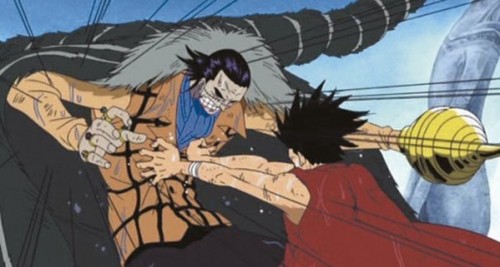 Story:
Collection 10 as aforementioned features the conclusion to the Alabasta arc. With all the Straw-hats and Baroque Works members going head to head we get some amazing fights, humour and most of all – heart.

Anyone who has watched One Piece for a decent amount of time will undoubtedly tell you that if there is one thing One Piece has that other anime don’t, that one thing is heart. There is so much spirit and hope in these characters, particularly the Straw-Hat Pirates. In the face of insurmountable odds, they never shy away, because they are good people, who have a more greater sense of justice than nearly every other character in the whole show. Heck, they will probably never find the One Piece because they are so busy helping everyone they meet.

The strength of these characters hearts is what holds this show together and has created what is without a doubt one of the greatest television experiences, worldwide, ever. There was recently a documentary that aired in Japan which detailed the effects One Piece has had on the nation of Japan and even the world. If you have yet to see that documentary, do yourself a favour and google it, it’s astonishing the effect this series has had on people. The documentary features one chilling moment when a man opens up about trying to commit suicide, but having left his television on so that his neighbours would not hear what he was doing, the opening theme of One Piece began to play. The theme song which speaks of hopes and dreams drove him away from suicide and back to life. That is the effect this series has, but I’m going off on a tangent here. 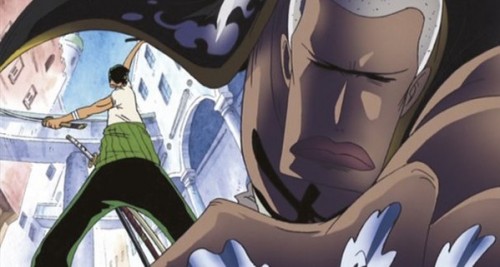 The story of collection 10, concludes the Alabasta arc in the most satisfying way possible. Even surpassing the second part of the arc. Unfortunately a huge plot-twist was spoiled in the new opening theme song’s video. So if you do not want to have the biggest plot-twist of the arc spoiled, refrain from watching the Hikari E opening video.

There was so many amazing moments this collection that to list them all would take me more time then to write this review, but the ones I think are most worth mentioning are Vivi’s blood-curtling cry for her people to stop fighting in what is one of the most chilling performances I have seen in a long time from this type of anime. Kudos to Caitlin Glass for that brilliant performance which I believe even surpassed the original japanese voice actress. Another moment worth mentioning was Luffy’s final battle with Crocodile, the seemingly unbeatable opponent. I will say this though, I wonder if this was a reference to Spartacus, the man who led an army of slaves against the corrupt Roman Republic. If this was not a reference to Spartacus, I’d be rather surprised. Hell there is even a blood and sands reference thrown in.

Overall, the story was above the par it had set itself and surpassed the realms of possibility. The only let-down was the spoiler in the opening theme which is a damn shame, because without that, this would have gotten a perfect score like the last collection. 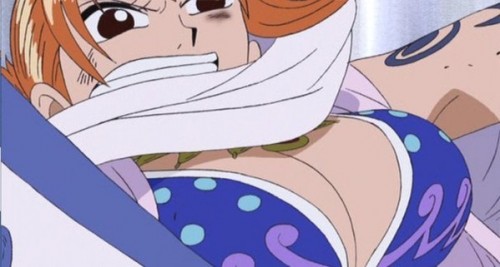 Characters:
As usual the characters were all on their A-game. We had stand-out performances from Luffy, who proved once again that he is the most badass shonen hero of all time. This guy can really take a hit. As that old Chumbawumba song goes “I get knocked down, but I get up again, you’re never gonna keep me down!”, that right there perfectly captures Luffy’s character in a nutshell. No matter how many times he gets knocked down, he will always get right back up, fists flying and gritting his teeth.

The other huge stand-out was Vivi, who has one of the greatest moments the series has produced thus far, in her desperate plea to her people. Alongside Vivi was Pell. Perhaps the best of the Alabasta characters. A man who stands by his Kingdom until the very end, absolutely noble to the bone and above all, he truly cares for his country and it’s people. It is sad to see many of them go as the Straw-Hats set sail for new advenutres at the end of the collection, however someone you wouldn’t expect does stick around.

Artwork:
The art and animation department did wonders here, with so much amazing imagery, you begin to wonder whether what your watching is a movie. The quality is that high. Many of the fighting sequences were so well animated, they may very well have had a movie budget, particularly Luffy’s final battle with Crocodile. That was amazingly animated and the moment when Luffy’s arm travels through Crocodile’s sand whilst being torn apart was a brilliant piece of animation. There is little else to say other than it was simply astonishing in all senses of the term. 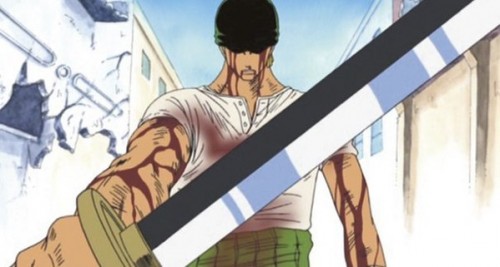 Audio:
There was a moment after the battle, when a familiar tune begins to play. That familar tune was the first opening song, “We Are” as sung by Vic Mignogna. It was so perfect for that moment and made it rise to an even higher echelon of excellence, by creating the perfect emotion and feel for that victorious moment. The war was won and that song right there in that moment was absolutely perfect in every way.

All the voice actors and actress did an amazing job with this collection each of them raising there game from A to A++. We had so many amazing character moments and everyone had a chance to flaunt their acting talent. It is sad to see many of them go, as so many of them were just darn good actors and actresses. Heres hoping some of them return in other roles, I know I want to see more of Caitlin Glass, thats for sure.

Special Features:
We have some great special features as per usual with the One Piece releases, with a brilliant commentary featuring, Christophr Sabat (Roronoa Zoro) and Brett Weaver (Das Bones aka. Mr. 1) on episode 119, “Secret of Powerful Swordplay! The Ability to Cut Steel and The Rhythm Things Have”, which provides brilliant insight into the episode itself and what both actors think of their characters and the events of the current arc. Chris Sabat as usual is particularly humourous on this commentary.

Madman’s usual plethora of trailers for their other releases which are plentyful and worth a watch. Also their is a reversible cover which is quite nice if you are into reversing your cover, for whatever reason. 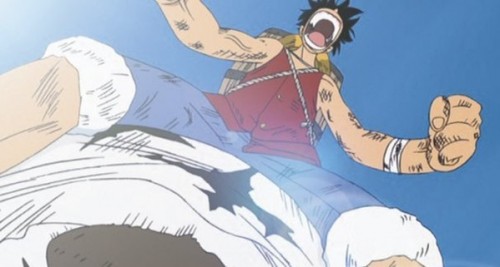 Conclusion:
One Piece Collection 10 features 325 minutes of what wouldn’t to far a stretch to call some of the greatest things you can find on television. One Piece is doing great things for both anime and television and as I stated earlier if it weren’t for a spoiler in the opening theme’s video this would be a 10 out of 10. But that is not to say what was here wasn’t golden in itself. This is without a doubt one of Madman’s best releases yet and should not be missed out on.

I give One Piece Collection 10: