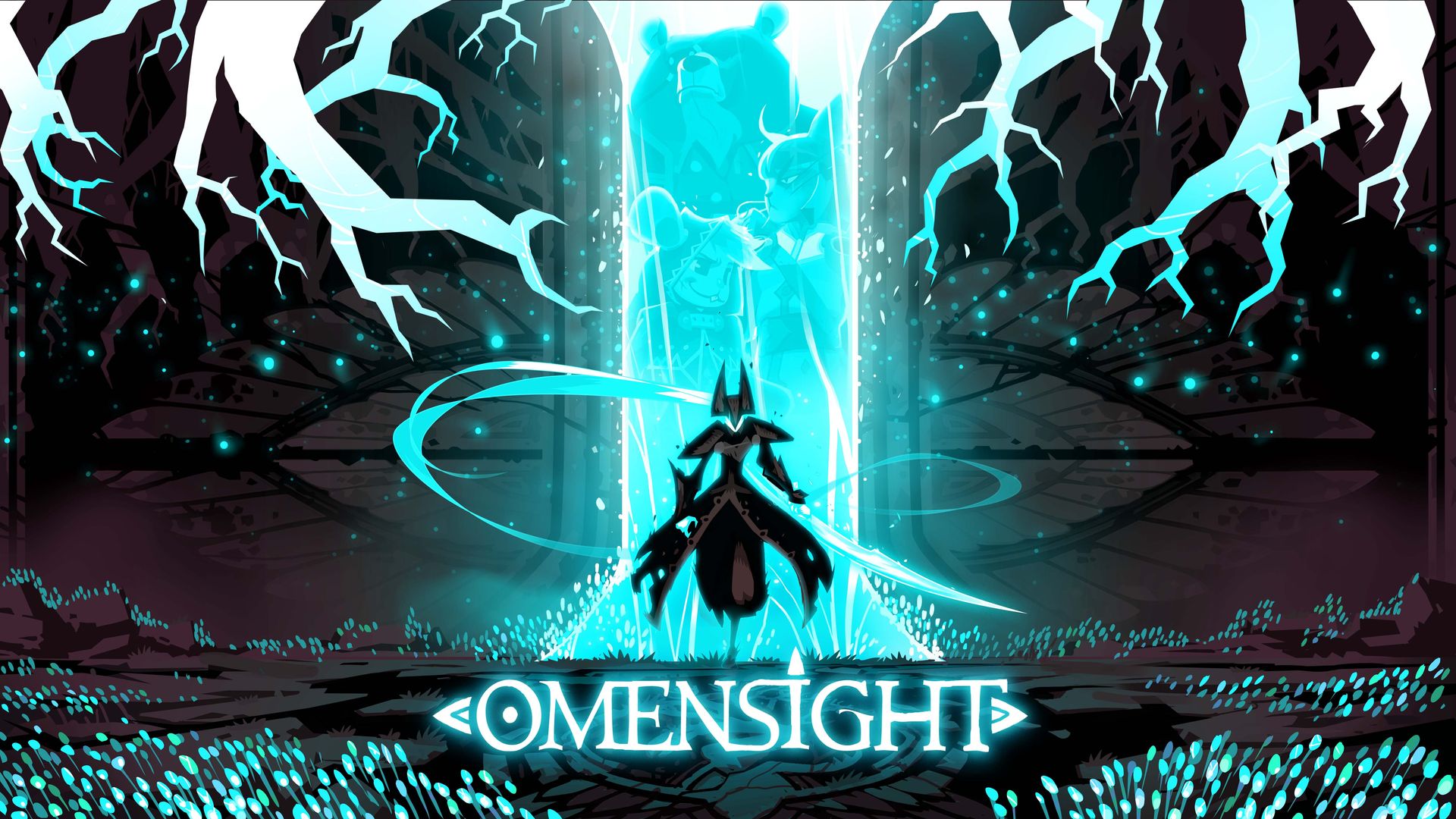 Omensight is the spiritual successor to Stories: The Path of Destinies. Omensight is an action RPG and murder mystery set in the last day before the end of the world. The Harbinger has been sent to Urralia to solve the murder of the Godless-Priestess Vera in hopes of averting the apocalypse. To find the culprit, the Harbinger can rewind time to start the day over again with new information gleaned from the previous attempt.

Urralia is in the midst of a bloody civil war as the Rodentians rebel under the merciless grasp of the Imperial Empire led by Emperor Indrik. The murder of the Godless-Priestess triggers the coming of the god Voden who consumes the world. To stop Voden, the Harbinger is sent to find the Godless-Priestess’ soul and find her murderer.

Contrary to Omensight’s cartoonish looks, the game’s plot is a mature and grim story where there are few truly evil characters. I found the dialogue and story to be well written. The idea of replaying the same day over and over ala Groundhog Day sounds a bit repetitive, but the writers manage things admirably by having three visions called omensights that can be bestowed upon the game’s four main NPCs. Each vision will trigger very different reactions, sending players to different levels and revealing clues about the murder and details about the characters themselves. For those interested in diving deeper into each character’s backstories, memories can be collected in the levels which unlock a short text passage about important points in each character’s life.

The game keeps track of the murder mystery clues by highlighting important facts in bright green text and keeping the clues organized in a separate screen. Players can opt for the true detective mode that will force them to figure it out themselves. I found the clues to be rather obvious, so players are not so much solving a murder for themselves but tagging along for the ride. 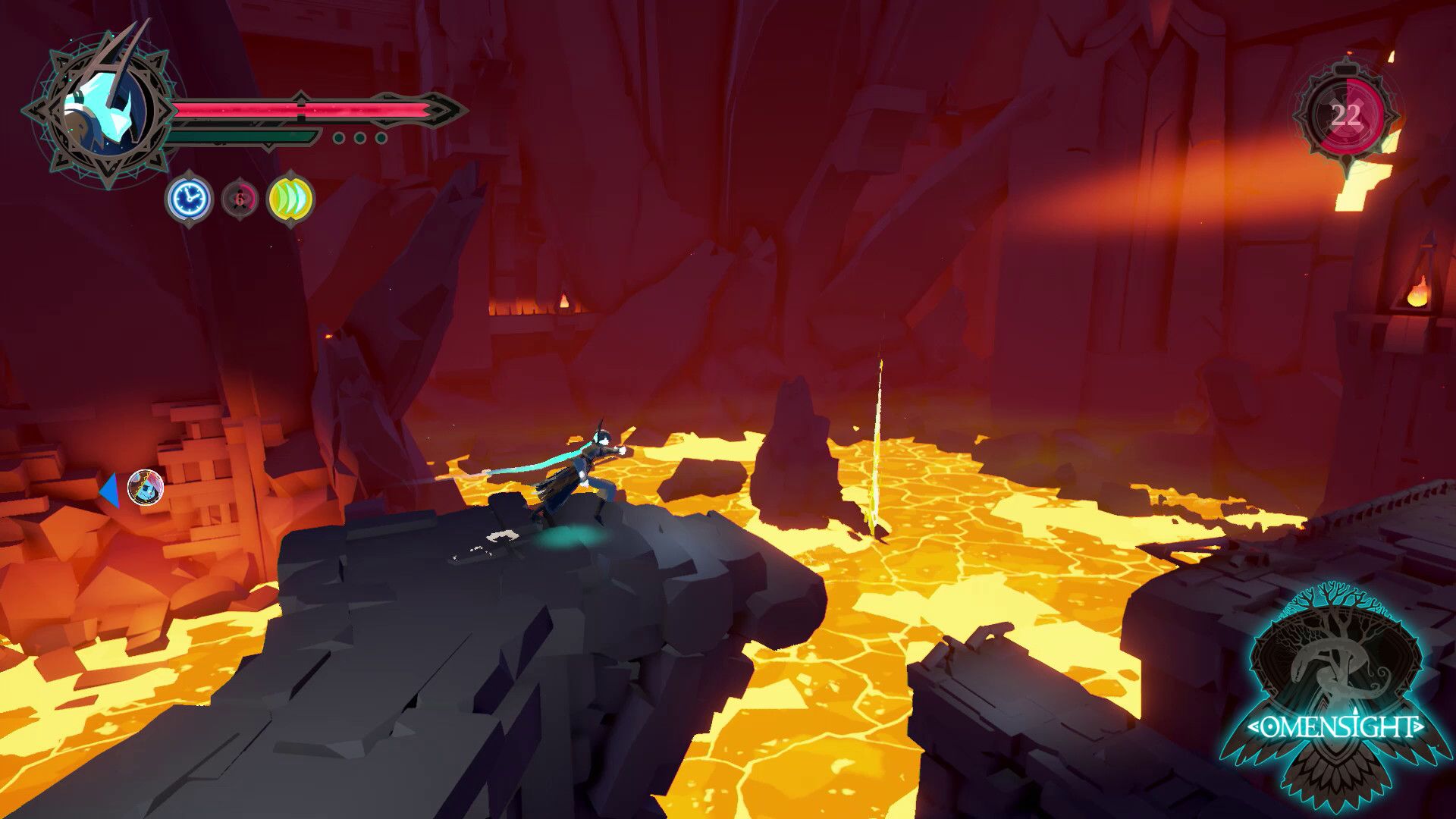 Omensight is an action RPG with combat reminiscent of the Batman Arkham series and a simple progression system. The Harbinger is capable of a light and heavy attack that can be chained into combos of three. Players will need to hit the dodge button in response to exclamation marks above enemy heads to avoid being hit. I found the response window to be inconsistent. Easier monsters have such a large window that it is practically impossible to fail unless the enemy is too far off screen to see. On the other hand, the large shark mini-bosses have such a short window that it’s too challenging to be fun. As players level up, they will gain new skills and can spend amber to improve skill power, stats, and partners. The skills are generally helpful, but the skill to slow time is way overpowered when leveled up. With only a few second cooldown between the end of the first slow and the cast of the second, players can keep the bubble up almost infinitely and simply dodge or dash out of the way while the cooldown ticks down. Once in the slowing bubbles, all enemies and projectiles barely move, making combat trivial.

The level design is an ingenious use of resources. There are only four levels in the game, but each character will take different paths based on their goals. The enemies will also change depending on the character that accompanies the Harbinger. As players progress through the story, they will gain the power to unlock various seals in the four levels. It’s a bit disappointing as most seals hide a small room with bonus currency rather than anything of story value. 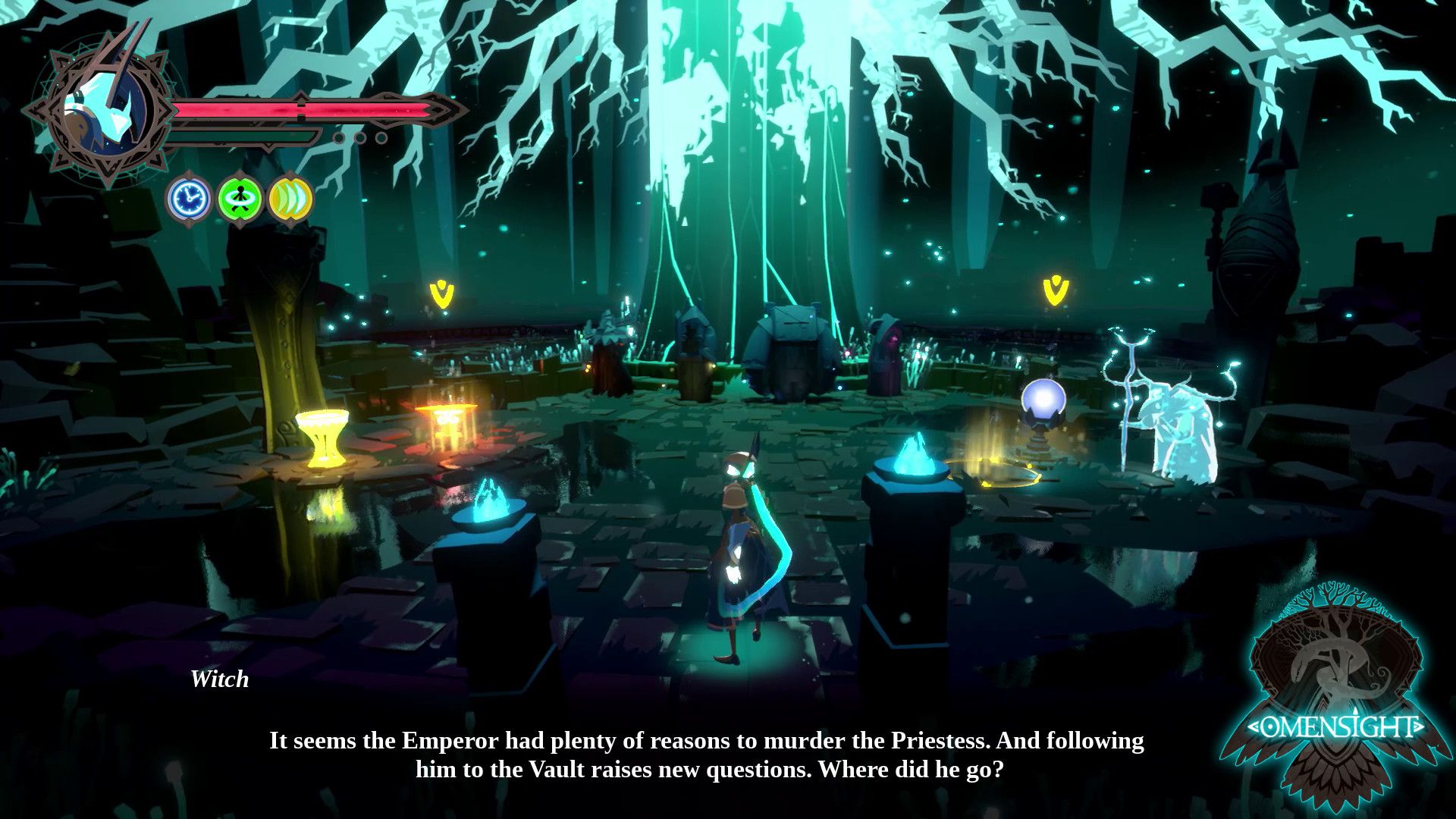 The developers handle Omensight’s repetitive nature well. Players are able to battle almost every important character in the game depending on their decisions, and violence is sometimes the right option to earn the trust of characters. In cases where players are faced with different choices at a critical moment, the game allows players to save time by skipping over previous content and return just before that moment upon replaying the day. My only complaint is that some clues can be permanently missed if the player moves onto the next act. Since there is no way to go back to a previous act right now, the only way to find the clue would be the play the game over again.

The game is lacking a bit in polish. I ran into several bugs that required a load from checkpoint. The most common one was NPC events needed to progress to the next area not triggering. The usual cause was straying a bit too far from the NPC when the action sequence is supposed to trigger.

Omensight’s controls are solid. The controller binding is similar to most action titles on the market. While the developers recommend a controller, I found the mouse and keyboard option to be perfectly usable.

The PC port is a bit barebones, but it’s not a huge issue due to Omensight’s simpler graphics. The game doesn’t offer much in the way of graphical customization options, only offering options for resolution, vsync, ant-aliasing, and a vague graphical quality setting. The keybinding options are straight forward and the menus work with the mouse. 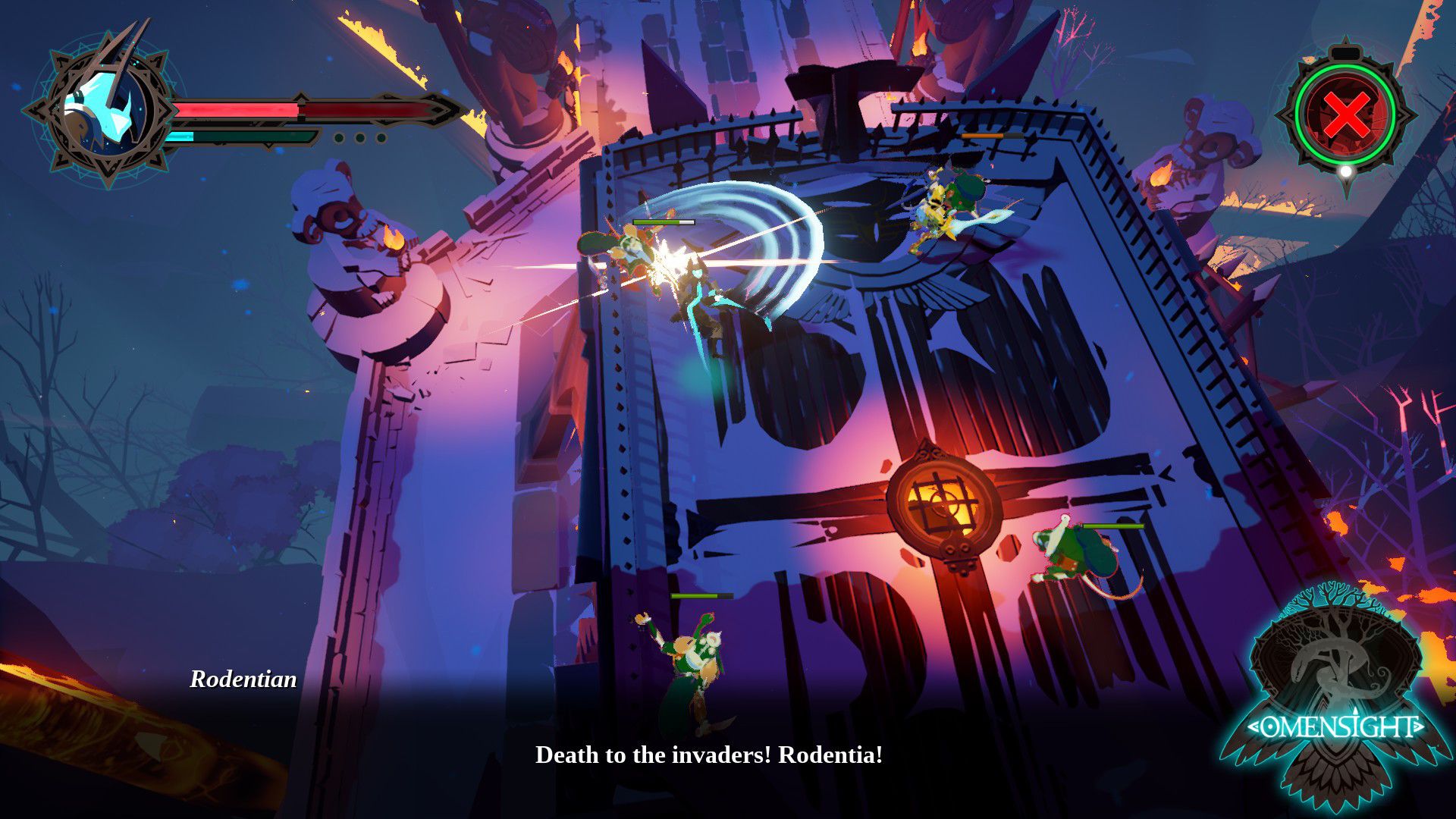 Omensight’s art style is cartoony with a dark twist. The character’s animal designs are excellent and are even worked into the lore. The animations are great, making the combat look visually smooth and stylish. Although the game only has four levels, I like how the levels become infected with the void over time, filling familiar areas with shadows and purple crystals.

The audio experience is very good. The sound effects are enjoyable. The soundtrack is an excellent mix of classic video game orchestral scores and some choral work. Ratika’s short song is cringe-inducing, but that’s an outlier in terms of the soundtrack. The voice acting is a mixed bag. It’s obvious the voice actors for the main characters are experienced top end talent, but the minor characters are quite poor. I also found NPCs scolded the players a little too often for exploring, which is odd considering the game actually rewards players with an explorer experience bonus. 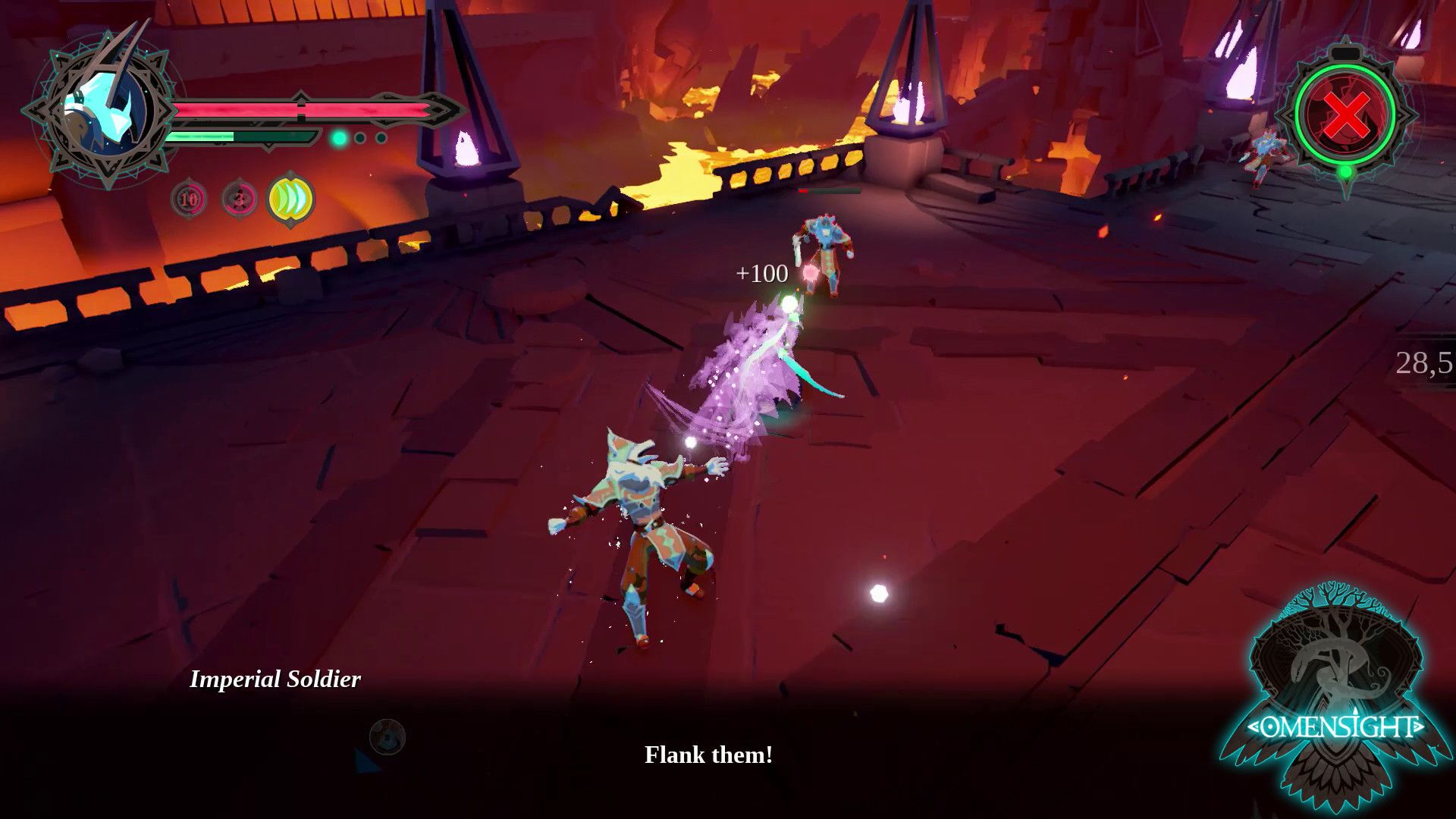 Although the Omensight isn’t really a mystery adventure game, watching the mystery unfold is satisfying and entertaining. The audio/visual experience is very good. The gameplay is fun, but the combat can be tightened up and the bugs stomped out. I recommended Omensight for anyone who appreciates a solid action game that is paired with a good story.

A solid action game that delivers an excellent story. Omensight’s combat and overall polish could use a bit of fine tuning.
7.5