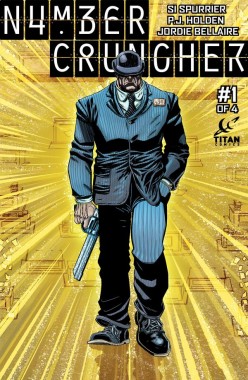 Many people out there in the world of entertainment try their hand at creating a storyline based around time travel that both makes sense and doesn’t confuse the audience, some out there actually do the sub-genre of time travel a great deal of justice, while others just slip through the cracks and don’t entirely leave the proper mark. Titan Comics have recently completed the release of the four-part, supernatural, time travelling comic book Numbercruncher which seems to walk through this genre with such confidence that it almost oozes from the page. I’ve compiled all four issues into one review so as to get, and give, a better understanding of this comic as a whole.

It is quite a complex comic and any explanation I can give would prove to be, just about, useless but I am going to try my best to take you all through the important parts without giving too much away. First of all let’s set up the world that this comic takes place in: Earth is exactly the same as it is in reality, what is different is the afterlife which, despite what people think, is not all rainbows and fluffy clouds. It is, in it’s simplest form, an accountancy where everything revolves around numbers, calculations, algorithms and “circulation”, this includes the spirits of those who have passed on. This “entity” is lead by the “Divine Calculator” who I can basically describe as a crusty old man who, in this universe, takes the place of God. The Divine Calculator has a great deal of “employees” who are also souls that have passed on, these employees are tasked with collecting the souls of the dead alongside making contracts with those who wish to, possibly, live again. Souls who are connected by contract to these workers, if they chose to, will live another life in the real world but once they have died a natural death they will take the place of their contractor and their contractor will be recycled back into the mix of the undead, not zombies, just people.

Now that that is out of the way, let me introduce you to Richard Thyme and Bastard Zane: Dick is a genius mathematician who is separated from his lover by death, he longs for her so deeply that he makes a deal with the Divine Calculator to live another life and it just so happens he gets the toughest, meanest and most devoted worker to hold his contract; Bastard Zane. They’re both in for one hell of a cat and mouse chase but Richard knows that, in this race, he is the tortoise while Zane is the hasty yet clumsy hare. This is where I am almost forced to stop because anything I tell you from here on wont exactly “spoil” anything for a future reader but it will dampen the experience a fair bit. You can only imagine the types of twists and turns to come out of a time travel story and you’re probably right in what you’re thinking but you’ll need a bigger imagination to hit the nail on the head. The story of this comic is downright fantastic, simple as that, I actually cannot find a better way to express this than to jus outright say it. 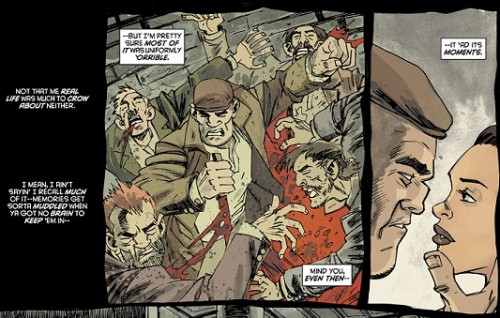 It is all about love, the chase and the chance to overthrow a God and each of these elements blend so greatly as to make for an incredible narrative. What I found worked well was the fact that no characters other than Zane spoke that much yet we got the same sense of depth to a character like Richard who barely talked to a character like Zane who narrated the entire series. God knows how the writers did it but they did it well. While reading Zane’s english accent got incredibly annoying and sometimes a bit hard to understand you, kind of, bypass it just to see the rest of the story unfold. It being a story revolving entirely around reincarnation and, somewhat, travelling through time through the recycling of souls you’d think that somewhere along the line the writers would confuse themselves and trip up but…no, they did it perfectly. Each life that Richard lived had a purpose, it had an means, it had an ending and, in the end, it had an impact greater than you could imagine. I’m being very vague but I have to be, all I’m going to say now is that this is the most perfect example of time travel that I’ve ever seen and yet it’s not even traditional time travel, it’s skewed and twisted and it works on so many levels.

The illustrator, P.J. Holden did an awesome job with the art in Numbercrucher. What stuck out the most for me was the use of colour and sketching depending on where the story took place: When the characters were in the “afterlife” the style of illustration was sketchy, black and white, almost like it was just drawn with pencil for some sort of preliminary designs yet obviously  more detailed. When the characters were placed in the living world it turned colourful, yet still very dark, and into something that seemed very traditional, like reading a Marvel comic. This contrast and comparison really showed the difference between both worlds. The use of numbers as images was also very well done and was placed in fantastically; gunshots explode into a flurry of numbers, people evaporating into a cloud of equations, it was just a really nice touch to an already great looking comic. It never got boring and the characters all looked great for what they were and who they were and I can’t honestly say anything bad about it.

The comic is down right fantastic and, as I did, should be read all together. While it is great to read the comic issue by issue, reading it in it’s entirety just hits you so much harder than it would reading it month to month. The characters are all great and, while there really isn’t much dialogue and what not, they all belong in their places within the comic and it’s story and without any of them the comic would not have been the same. The art immerses you into the comic and allows you to be taken away by it all. It’s just an all around fantastic comic and I couldn’t recommend it more. 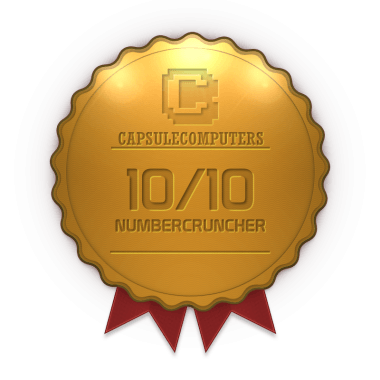