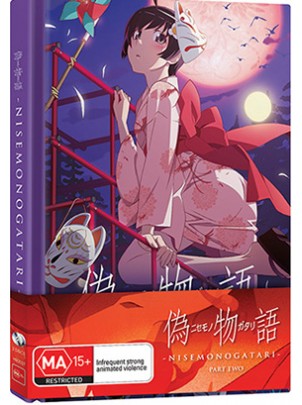 Overview
The second half of Hanabee’s Australian release of Nisemonogatari continues on from where Part 1 ended, and begins at the “Tsukihi Phoenix” arc which covers the last four episodes. After a strong focus on Koyomi’s “bigger-little” sister, Karen in the Karen Bee arc, Part 2 centres on the “littler-little” sister, Tsukihi. We loved the first half of Nisemonogatari, but does the second half stay just as strong? 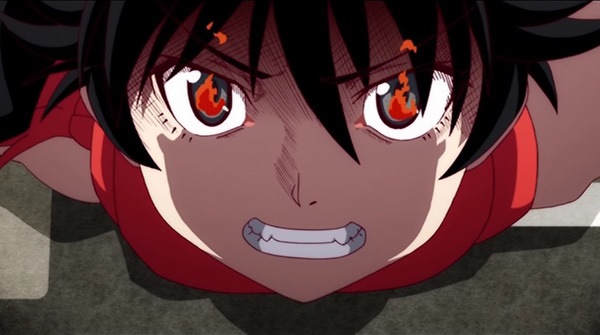 Story
As mentioned this launches straight into the plot so make sure that you have seen Part 1, even though it goes without saying. If you’re expecting a tremendous plot revelation at the start, prepare to be disappointed. Instead, the rest of us revel in the heightened fan service that seems to accelerate as the series continues.

I mentioned in my review of Part 1 that the fan service here is unique. Every time the show throws sexual innuendo or lewd scenes at the audience, it’s done in such a witty fashion you’d be hard pressed to not crack a smile. Although you’d be well advised to watch this in private, as Nisemonogatari has crafted one of the most awkward yet entertaining tooth-brushing scenes in film history complete with implied incest as the show rides the “siscon” train of recent anime. 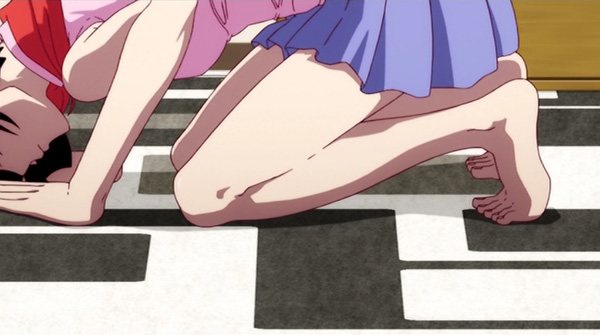 The pacing of the show remains odd as it’s only in the final two episodes where things really pick up and the plot begins to change substantially. Having the first half 8 episodes long with the second “half” being only 4 episodes, the structure of the show itself prevents smooth pacing. The introduction of two interesting and powerful villains will have you lean forward from your long-slumped posture, and Shinobu’s new form will leave you completely astonished. The final battle really is the highlight of Nisemonogatari, fan service aside of course.

Fans of the series will likely rate Nisemonogatari as the weaker entry of the series, particularly with regards to the story. It is hardly a sequel in the proper sense, but a glorified add-on. One that happens to be set after Bakemonogatari. Fans of Koyomi’s tsundere girlfriend, Hitagi, will be further disappointed as she continues to play a minimal role in Nisemonogatari. A reason for celebration for some of us, though. 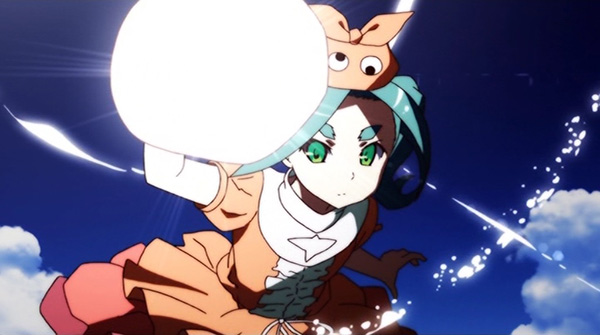 Having said that, it’s a whole load of fun and it will shine a greater light on and even further develop the characters you love. Especially that little enigmatic vampire, Shinobu, because…wow. She needs to be seen in Part 2!

Visuals
The animation stays consistent throughout Nisemonogatari, so expect the same level of high quality as seen in the first half. Artistic direction stays as fascinating as ever, resulting in some truly unique touches and backgrounds seen in anime. Be prepared for some much-needed bursts of unexpected and hyper-violent action right at the end.

A new opening graces the show, focusing on Tsukihi in a fairly adorable way, while the ending piece is kept the same as before. 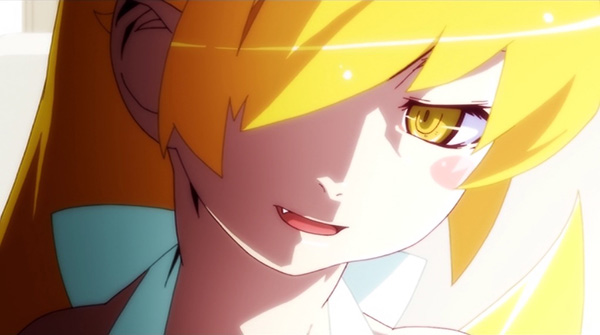 Audio
Again, the sound design is as consistent as ever, which can only mean great things if you’ve kept up with the series so far. There are a couple of new music tracks here which sound just awesome as the show reaches its apex towards the end. Platinum Disco is the name of the second opening song, and it features the super cute Tsukihi dancing to modern-oriental music. Exactly what you need after a stressful day of work, preferably on repeat.

Extras
I can’t stress enough how Hanabee has carved out a truly special collector’s book that holds both discs and pages of artwork from the show. With Part 2 of Nisemonogatari, this marks the completion of their “monogatari” book releases and we can only hope future titles worthy of the packaging can receive the same treatment. (Hint: Nekomonogatari and Monogatari Season 2!) 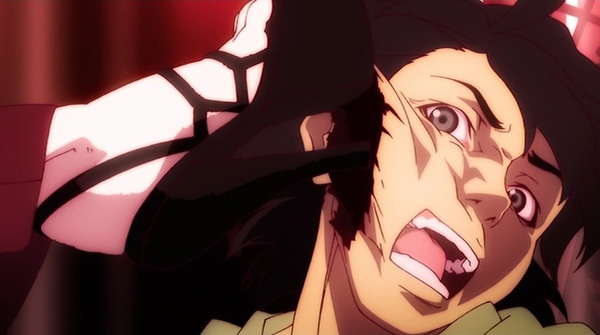 It seems Hanabee has balanced out the lack of episodes on one disc, a total of 4 as opposed to the first half’s two-disc 7, with all the special features crammed in. It’s not mentioned on the back, but the second half includes all the credit-less opening and ending songs along with trailers and commercials. That and being $5 less justifies the purchase more. At the end of the day, though, you are paying almost $100 for 11 episodes with both halves included, meaning this is geared more for fans rather than the casual passerby. If you do happen to be that curious passerby though, I recommend you start with Part 1 of Bakemonogatari.

Overall
Part 2 rounds out and concludes the bizarre but very entertaining Nisemonogatari. Delivering everything that fans loved in Bakemonogatari, this show as a hole ticks most of the boxes. Its biggest flaw, however, is the pacing of the story. Drawn out in some areas, but rushed in others, along with an uneven number of 11 episodes makes this a haphazard narrative. 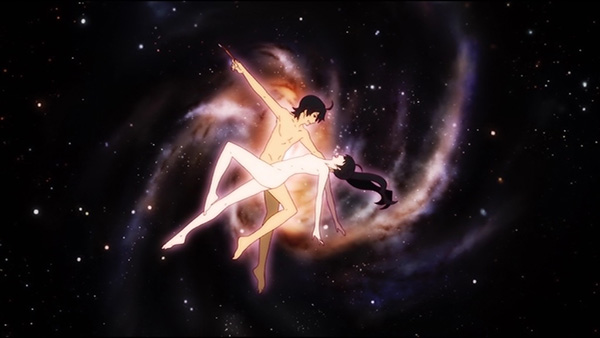 If you liked Bakemonogatari, watching this is a no-brainer. If however you didn’t think much of it, but enjoyed how Koyomi fools around with the girls then you’ll actually like this more. The director has capitalised on the traits of every character and focused on the fan service to a jaw-dropping degree at times.

At a total of $95 or so for both parts with subtitles only, this isn’t by any means a cheap viewing session. But comparing it to the only other English release in the US which is far more expensive, it isn’t so bad. Especially if you appreciate the love Hanabee has put into each half of the show.