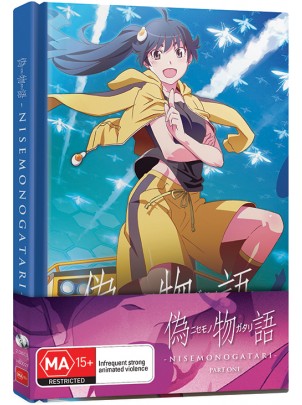 Overview
The recent Monogatari franchise has become insanely popular amongst its core fan base with the coming of Bakemonogatari a few years ago. It introduced a fascinating, if a little disorienting, way of storytelling through clever conversations and haphazard camera and art techniques that proved entertaining enough for the series to grow. 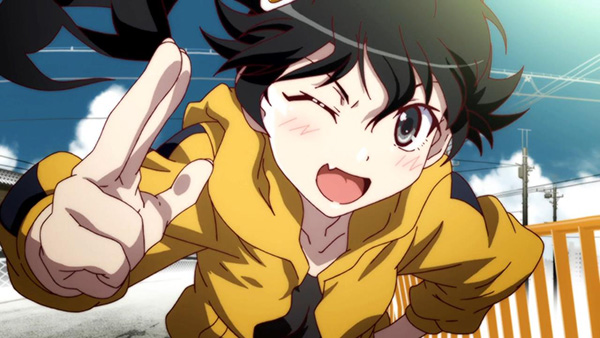 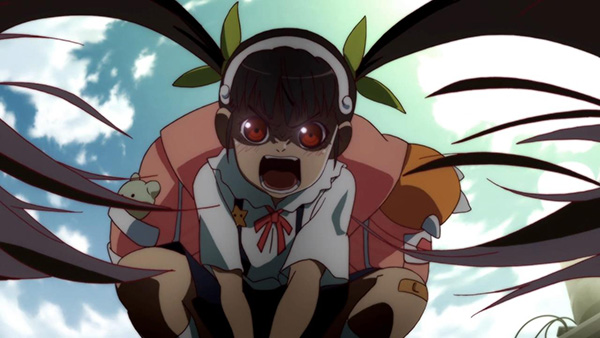 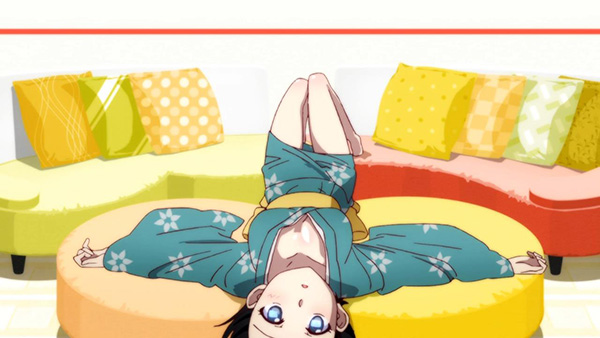 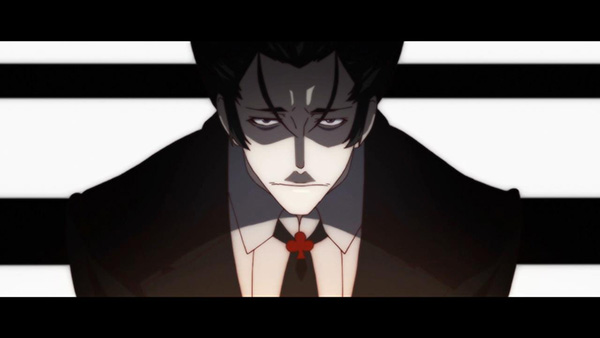 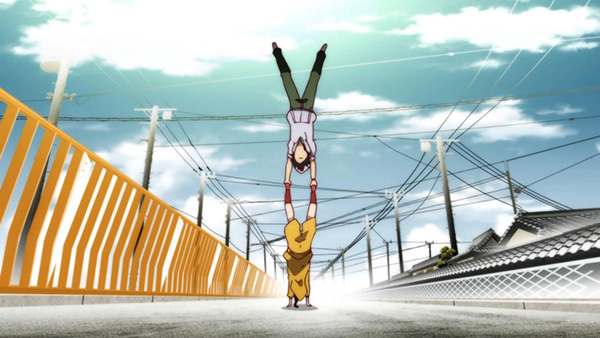 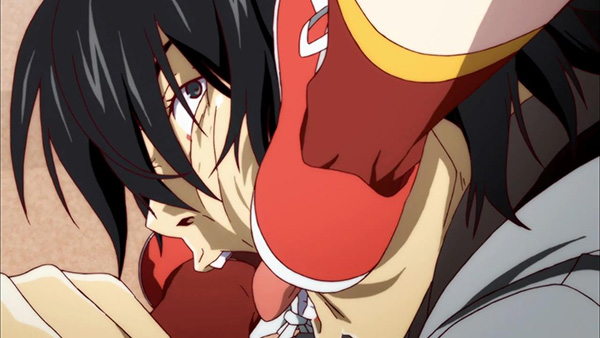 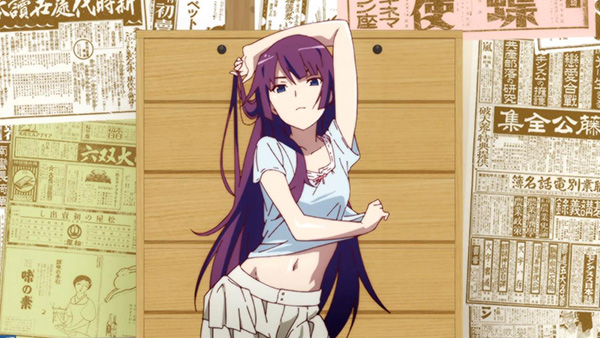 Extras
The real highlight of Hanabee’s release is the packaging. Not to be overshadowed by the fancy yet expensive Blu-ray import over in North America, Hanabee have designed an original hardcover book case much like their Bakemonogatari release. This doubles as a collector’s item and I can only hope they extend this design to their other releases.

I’m a big fan of Blu-ray discs, but this design makes getting the DVD version preferable to a standard box, regardless of format. Inside are pages of stills, character designs and art from Nisemonogatari and two discs with 7 episodes spread across them. There aren’t any on-disc extras though, unfortunately, aside from a few trailers for Hanabee’s other anime releases on disc two. 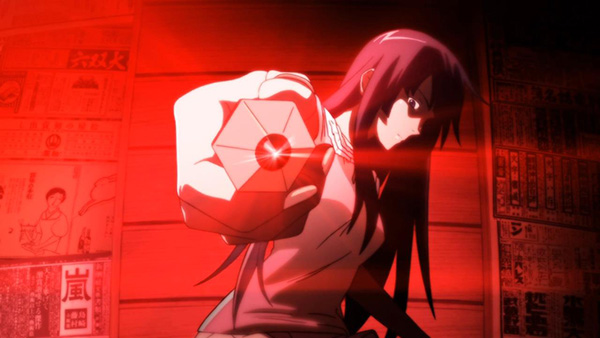 Overall
Firstly, anyone curious would have to have seen Bakemonogatari as this launches straight in assuming you know all the characters. As someone who enjoyed Bakemonogatari but found some of the story arcs drawn out due to personal preference, Nisemonogatari so far is a delight to watch.

Nisemonogatari panders to what fans loved about the original, whether it’s fan-service or the molestation of Mayoi, and injects a whole load of fun in the mix. The plot never seems as serious as Bakemonogatari’s, even if there is a threat to Karen and Tsukihi regarding the dark swindler, but we’ll see how far the story goes in part two.