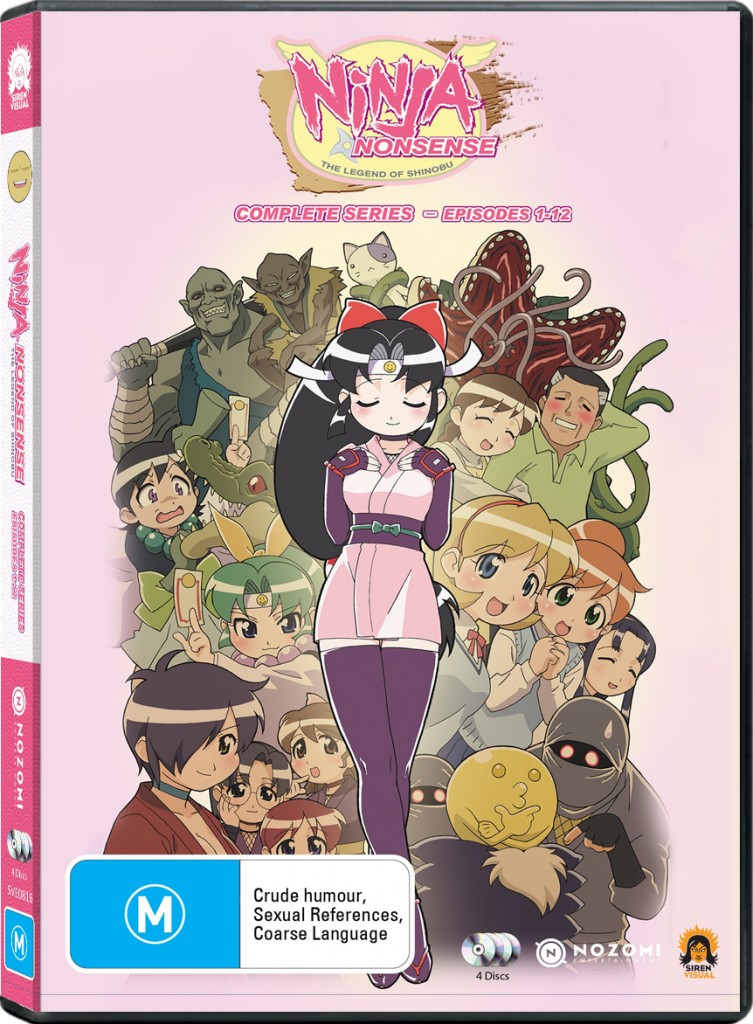 Overview:
The ninja genre is ripe for the picking when it comes to jokes about the more ridiculous side of the genre. Ninja Nonsense is a series that sets out to completely parody the everyday ninja series are does so to great effect.

Ever thought some of the jutsu in Naruto were a little too nonsensical? Well so does Ninja Nonsense and with it’s deftly timed wit and humour it becomes a must watch for fans of the genre who aren’t afraid to acknowledge it’s silly side.

Even for those unfamiliar with Ninja series, there is enough comedic fun to be had here to please anyone. Ninja Nonsense truly lives up to it’s title while remaining true to it’s Ninja roots. As far as parody anime go, Ninja Nonsense is one of the greats. 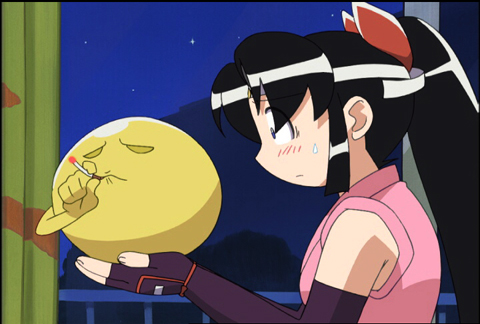 Story:
Ninja Nonsense is a series that does not care too greatly for plot, with most episodes consisting of well… nonsense. Each episode is split into two smaller episodes which each run for roughly 10 minutes or so.

The series is a comedy anime and as such largely focuses on making the viewer laugh. And it does so by all means, with it’s colourful cast of characters ranging from the lecherous Onsokumaru to the outsider Kaede who simply wants nothing to do with any of this Ninja Nonsense.

It is these characters that make this comedy work so well and the performances of each actor and actress should be considered a high point of their career. The biggest surprise of all was Sean Schemmel as the perverted master yellow blob Onsokumaru, which is a huge departure from his role as Goku in Dragon Ball Z. The comedic elements of the series were all on point and very rarely fell flat thanks to the great voice actors behind the cast.

As previously mentioned, Ninja Nonsense is a parody of the ninja genre and it is a damn good one at that. Fans of Naruto will definitely get a kick out of the jutsu mockery and shockingly shoddy disguises of the ninja to the not so stealthy abilities.

Ultimately you will be buying Ninja Nonsense for a laugh and that is exactly what you will get. 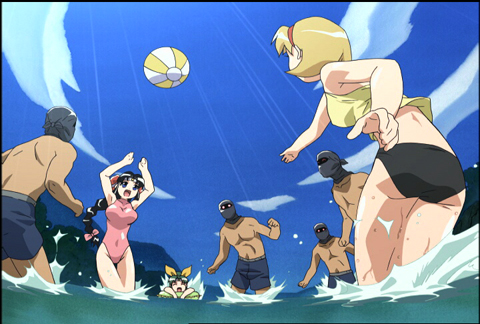 Visuals & Audio:
Being a comedy series it is to be expected that Ninja Nonsense appropriately features rather simple and flexible animation to suit the comedic tone of the proceedings. The artstyle and animation is generally simplified and eccentric in it’s character expressions and off model moments.

The highlights of the series aesthetics are the points were it simply cuts loose and does something crazy visually. These moments work so well because it is a comedy series and a lot of the times the craziness plays into the comedy to great affect.

The series features a great soundtrack comprised of fun boppy tunes to match the light-hearted mood of the show. All the cast provide great voice work with the previously mention Sean Schemmel’s role as Onsokumaru being a career defining performance.

Also considering it is a Ufotable anime series there is of course their trademark clay-mation sequence, which is featured in the ending theme song. All in all Ufotable have created the perfect atmosphere for their hilarious ninja comedy. 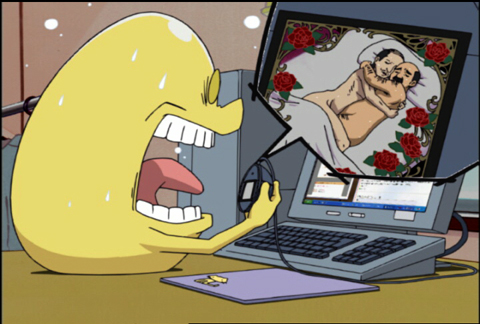 Extras:
Ninja Nonsense features what is possibly Siren Visual’s biggest special features offerings to date, with more bonus features than you could throw a shuriken at.

On this 4-disc collection of the complete series, Siren have managed to include a multitude of features including; Japanese cast interviews, TV spots, trailers, clean OP/ED, a special animation and even character bios.

The first thing I did notice however was that Ninja Nonsense did not receive Siren’s usually slip cover treatment, but it doesn’t make it any less of a quality release in any shape or form. There is so much features available that you are guaranteed a lot of longevity from this release. 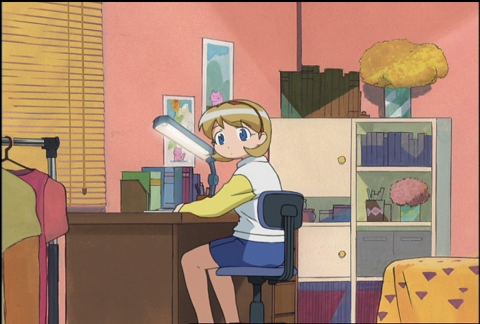 I wholeheartedly recommend Ninja Nonsense, both for the sheer fun it brings as well as for what is Sean Schemmel’s best performance to date.

If you are looking for a laugh then by all means embrace the nonsense. It may appear to be silly. Heck, it may in fact actually be silly. But it is a truly enjoyable 12 episodes of comedy anime at it’s finest and is a must watch for all anime fans.