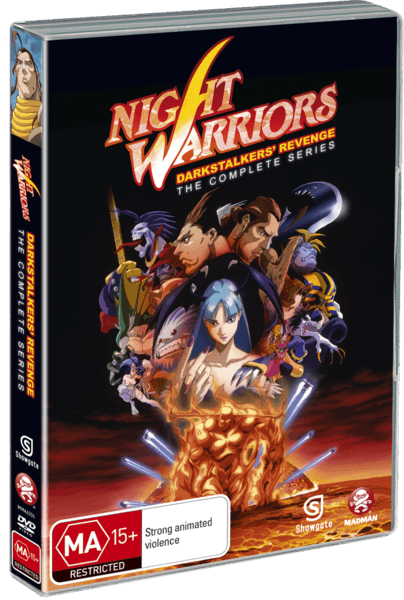 Overview:
Video-game adaptations are an often hit and miss affair. When it comes to adapting such an interactive experience into something that requires zero interaction for it to work as a medium, often is it that something is lost in the transition.

Night Warriors: Darkstalker’s Revenge is 15 years old.  It not only shows that age, but it also stands as a shocking reminder of how little has changed in terms of how we make a video-game work in the formula of anime. In 15 years time we still have anime that are either faithful to the point of alienation for those who aren’t familiar with the source material and anime that are so unfaithful to where it is no longer recognisable to the fans of it.

So how does Night Warriors: Darkstalker’s Revenge fit into this conundrum? Well, it unfortunately fails to bend the game into the anime formula. Sure it’s an anime series with the Darkstalkers characters and world. But for someone unfamiliar with the franchise, this anime is simply going to be an incomprehensible mess that is better left where it belongs – in 1997. 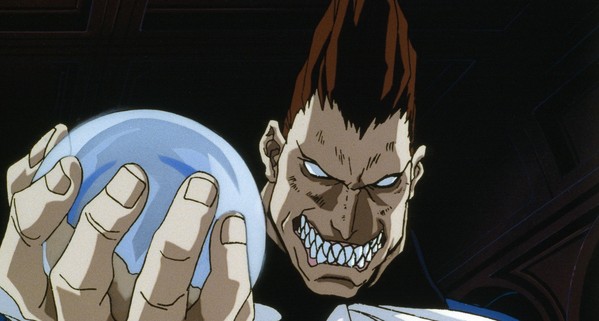 Story:
The biggest problem that plagues Night Warriors: Darkstalker’s Revenge is that it expects viewers to already have a decent level of knowledge of who these characters are, what the world they inhabit is like and in general what the plot of Darkstalkers is. This in turn makes this series pretty much an incredibly confusing romp that never really sets out to establish anything for those who are new to the series.

This is a fundamental flaw in anime adaptations and it heavily hinders Night Warriors: Darkstalker’s Revenge from being anything more than a brief series of OVA’s for the diehard fans of the games. Being the first time I ever really encountered the Darkstalkers franchise (other than playing as Morrigan in Marvel vs. Capcom 3), I was completely left in the dark.

The plot focuses generally around a group of mythical monsters such as Vampires, Succubus and Zombies, who battle one another in a world were the sun no longer rises thanks to these monsters known as Darkstalkers. It’s hardly anything unique and the characters are not at all developed, leaving the viewers with an odd sense of detachment to the events occuring on screen (that is unless your a huge fan of the series). 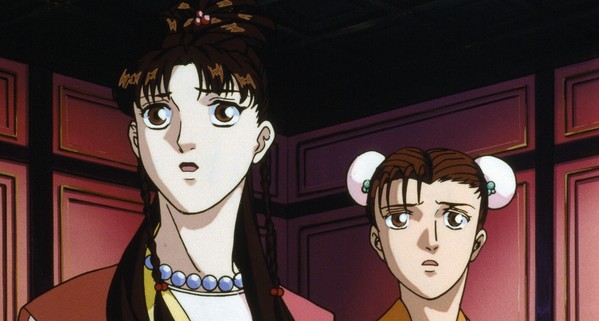 Visuals and Audio:
To make matters worse, Night Warriors: Darkstalker’s Revenge wears it’s age like a fluorescent vest. There is a lot of repeated animation as well as very poor quality art work that jut screams 1997. Put simply; it does not hold up to today’s standards. Everything about it just looks old and while that isn’t always a problem (take Rurouni Kenshin and Yu Yu Hakusho for example), Night Warriors: Darkstalker’s Revenge looks and sounds ugly in pretty much every way.

That brings me to the audio, which is simply an attrocious mix of old school action tunes and overbearing gothic-inspired tracks. Nothing really comes together musically and it ends up being an irritation to viewers ears.

Likewise the voice acting is mediocre and features acting that will cause just as much as a headache as the background music will. It’s a sad attempt at a dub and does not come close to what is expected when Viz Media (who dubbed this OVA series) have actually done much better work. 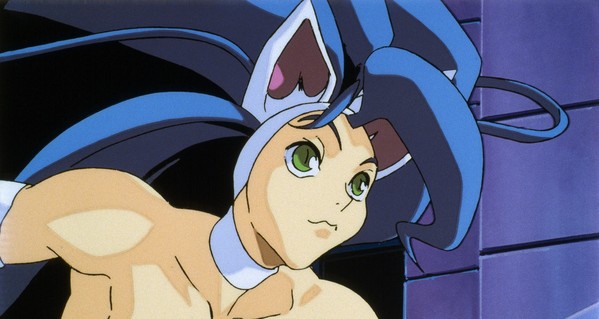 Extras:
The only bright spot in the disappointing release is the large quantity of bonus features that were included on disc. There is a plethora of extra content such as various character art galleries and profiles, a director interview, trailers, plus a few other goodies for the truly hardcore fans to sink their teeth into.

There is certainly enough here to keep viewers busy after they are done with all 4 parts of the OVA series, making what is the high point of a release unfortunately plagued with multiple low points. 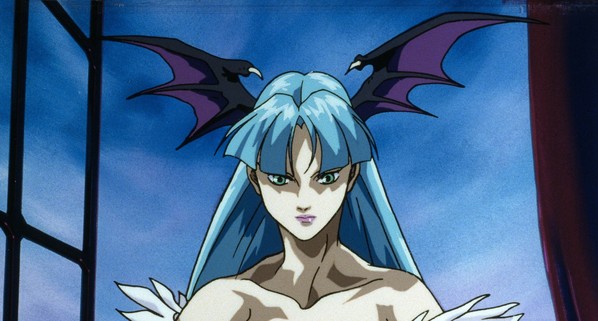 Overall:
Night Warriors: Darkstalker’s Revenge is through and through a time capsule, a look back at an era we had thought the industry was long past. But instead it shows how little things have changed. There are still adaptations like this being produced and each one does not open itself up to newcomers, echoing the biggest problem of Night Warriors.

It is unfortunately the culmination of a bunch of poorly conceived ideas and amounts to little more than a cash in on a franchise that had very little to cash in on the begin with.

This could have been so much better, but it is the lack of ambition that leaves Darkstalker’s Revenge nothing more than an artefact of the dark ages of animation.  For anyone but fans of the franchise, I strongly recommend you leave Darkstalker’s Revenge where it truly belong, in the darkened nights of years long passed.