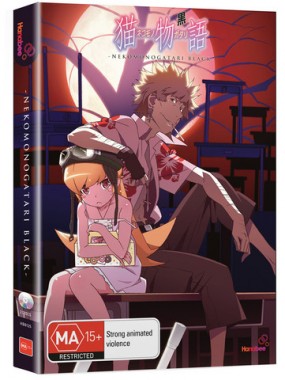 Overview
The enduring Monogatari series, SHAFT’s flagship anime, hits once again and this time with a prequel to the original Bakemonogatari. It’s clear that there are few anime projects out there that are as divisive as this unless you include Kyoto Animation’s latest endeavors, which is a discussion for another time and place. Overly verbose and pretentious to some, brilliant and refreshing to others, this supernatural franchise has seen anime publisher Hanabee release both Bakemonogatari and Nisemonogatari in Australia.

Fans would know a proper second season is on the localisation horizon, which encompasses an absurd amount of “monogatari’s” such as Nekomonogatari White, Kabukimonogatari and Hanamonogatari to name a few. Clearly, and understandably, no time was wasted in bringing Nekomonogatari Black over. Is this yet another entry for fans to pick up? 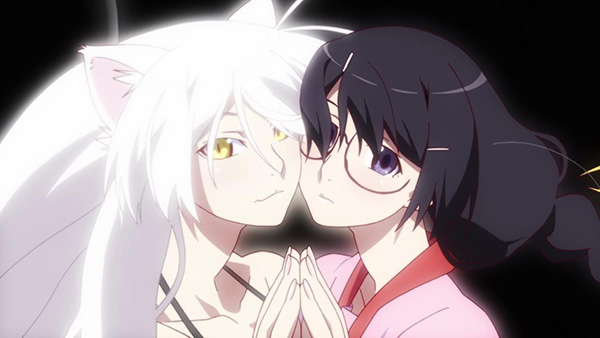 Story
As anyone who has seen Bakemonogatari would frustratingly know, the almost legendary “Golden Week” that was alluded to at every opportunity sounded terribly important. Well now we finally know what happened and we discover that it’s not that big of a deal. Nekomonogatari Black explores what happens over the course of nine days during the spring holidays when Tsubasa Hanekawa was plagued with the Sawari Cat spirit, an apparition that embodied her frustrations and stress with devastating results.

Once again we follow the musings of Koyomi Araragi, our perverted, former-vampire protagonist as he faces his first love (lust?) interest, the troubled class president Tsubasa herself. This is before he met Hitagi from Bakemonogatari after all. This leads him to discover that not all is well with the shining, well-endowed role model and that she lives amidst a broken family and an abusive father. Nekomonogatari Black, like any other arc in the franchise, is all about Koyomi solving a girl’s problem. Namely, to remove an apparition causing grief and headaches with the help of his cohorts. 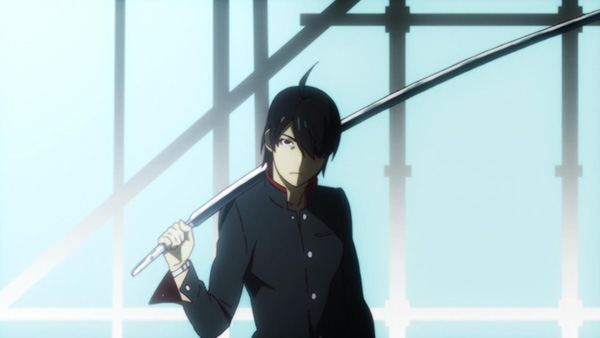 Interspersed with the serious plot are the usual antics (read: fan service) and Koyomi’s unforgettable sisters, Karen and Tsukihi, whose presence serves as an ice breaker and a way for our hero to gain advice and tips on girl problems. And boy are there a lot of problems in Koyomi’s latest mission. If you’re a fan of Hanekawa then all four episodes in this release will be a treat. If you’re not, well, tough luck. This is all about Tsubasa Hanekawa which doesn’t sit as well for viewers like myself who didn’t find her particularly interesting before and her cascade of family issues do little to change my mind.

It can be endlessly debated whether these anime are an art form in the conversations, or whether they just drag out a point for far too long. In my opinion it’s both. I loved the occasional retorts and tongue-in-cheek humour. But at the same time it’s downright frustrating how the same thing is repeated in multiples ways for half an episode at times, long after you’ve already gotten the gist of the point. 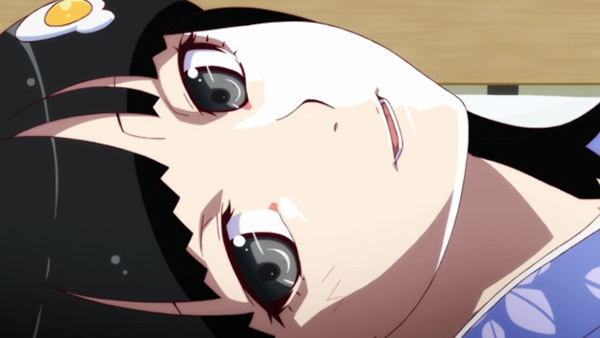 The last episode was a satisfying conclusion to the story arc, featuring a gory and stylised battle although it ended far too quickly. Even the little vampire Shinobu is squeezed into some precious screen time at the end, demonstrating once again that she should probably just do everything herself from now on.

It’s pretty much mandatory to have seen at least Bakemonogatari first before tackling this, and fans of Hanekawa will find the most enjoyment out of Nekomonogatari Black. What is useful about this prequel is that it does a good job of piecing together the “Monogatari puzzle”, as I like to call it. The haphazard nature of the storytelling in this series makes this one a welcome, if not the most riveting, entry for those of us unfamiliar with the novels. 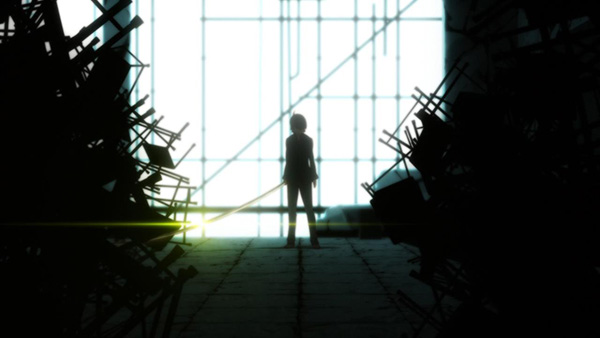 Visuals
Nekomonogatari Black retains the signature SHAFT art style with great character animation and beautifully drawn backgrounds. If you’re familiar with any of their previous works then you know what to expect. If you’re not familiar, well it can be a love it or hate it affair especially with their infamous techniques such as quick cuts and oddly depicted environments. But on Blu-ray especially, everything just looks so clean and vibrant you’d be hard-pressed to look away. 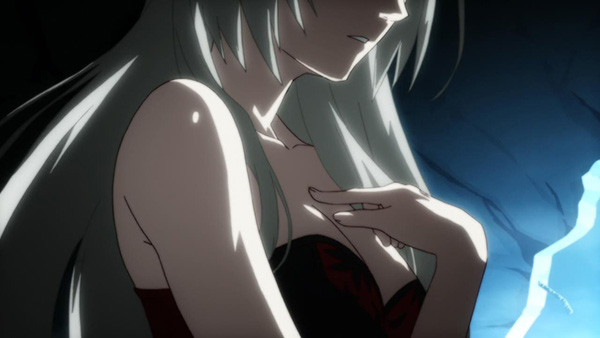 Audio
Nekomonogatari, likes its predecessors, relies heavily on an ambient soundtrack that brings out the best in the dialogue. That’s not to say that ambient is boring. You have quirky piano melodies, sinister strings and even flamenco guitar in what is one of the most eclectic soundtracks I’ve heard in a while.

Voice acting is top notch as usual in an anime where voice and dialogue are key to the experience. This version does not include an English dub, which will disappoint some viewers. Fans, however, have come to expect a subtitled-only release by now for the Monogatari series and Nekomonogatari is no different in that regard.

Extras
The real extra here is the surprise DVD/BD combo format in a slipcase! Although common for North America, it’s rare when a publisher includes both in Australia. This is most likely because Nekomonogatari Black is a really short series, only four episodes in length. Otherwise you have your standard trailers and clean opening and ending themes on the discs. 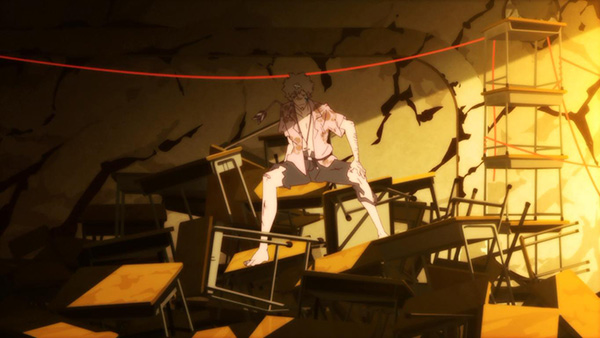 Overall
Existing as a prequel story arc in the form of four episodes means only fans of Bakemonogatari need apply. So what does it hold for fans? A valuable insight into what happened before the events of Bakemonogatari, how Koyomi came to like Hanekawa and how he helped her long before he met Senjougahara.

Some parts just weren’t that interesting or seemed to drag out what was already established five minutes beforehand. For the average anime viewer, dropping $45 on four episodes might be a bit much. Even if you’re not a fan of Tsubasa Hanekawa and her family issues though, and I’m unashamedly not, you can still appreciate this as a standalone release that patches together the scattered storyline of Bakemonogatari. Until the imminent sequel of course, which threatens to throw more twists and questions into this spiralling franchise.