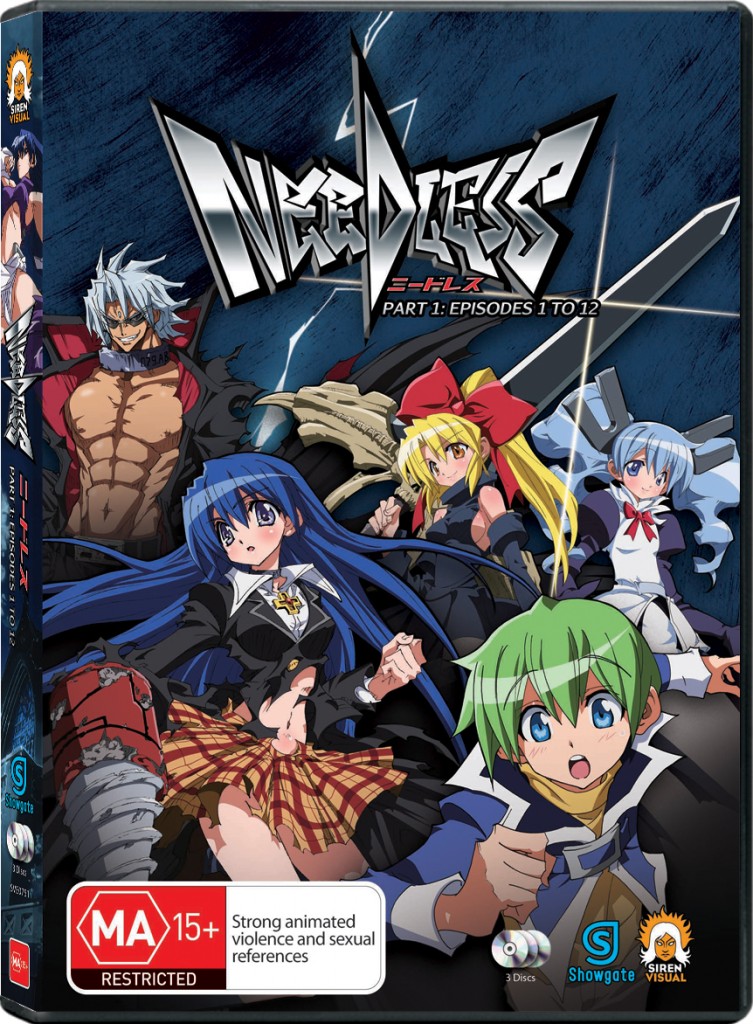 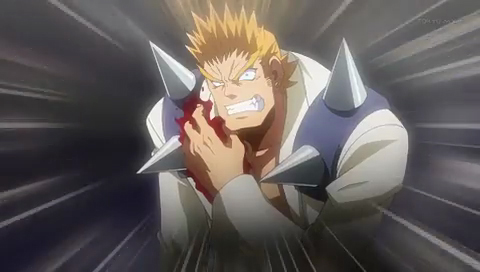 Story:
The plot of Needless is so simple that I found myself pondering whether it was lifted straight off an ‘Anime for Dummies’ book. We have all the shonen archetypes present, such as; wimpy kid saved by badass in apocalyptic world and people have magic powers and fight with them. It is most definitely nothing new, but at the same time it feels fresh because of how they have gone about using those archetypes.

Needless flat-out has characters acknowledge the stupidity of what is occurring and even regularly break the fourth wall. Is this needed? Not particularly, but it makes Needless stand out as more than just another post-apocalyptic world shonen series. The fact that all the characters are in on the joke makes for a hilarious joy-ride of a series. Even if the story is something you’ve seen before, the characters comments on that make it humorous enough that it doesn’t matter.

The only thing that does bog the humour down is the constant fan-service jokes. A lot of the time they just aren’t funny. Louis C.K once said that you can’t laugh while trying to jerk off. I think that applies to these moments (not that I condone that sort of behaviour over animated characters, but to each their own). They kill the humour preceding it and slow the pace down tremendously. I was also a little disappointed that the fan-service scenes weren’t played up as being stereotypical like the rest of the series, instead they just went for straight out fan-service with the humour supposedly meant to be surrounding the awkwardness.

But honestly, there isn’t a lot awkward about this series. It’s straight up and down a complete parody of shonen anime and the fan-service really wasn’t done right here.  Not to mention the pedophile jokes lean more towards disturbing than funny. 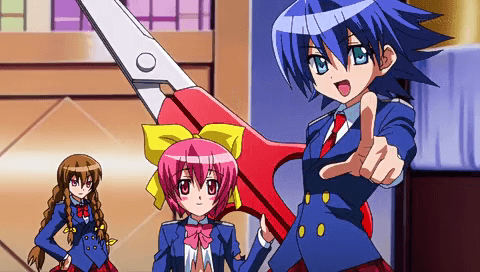 Can you guess what these scissors are used for?

The story of the series is pretty much paper-thin, but that’s completely intentional. I know this series is an adaptation of a manga but from what I hear they are both very different, with this amping up the humour and downplaying the gore.  This collection of the series leaves us hanging with the heroes lives in peril against a gaggle of fan-service girls who serve the sole purpose of wearing paper clothing and flashing their panties at any given chance. Does it make me want to see the next collection? No, atleast not for the story that is.

Characters:
I’ll say this straight out, the characters are all (every single one of them) shonen archetypes. They are hardly original, but they all used humorously in that way. You have all the stereotypes of shonen series, the badass, the wimpy kid, the busty women, the cute little girls, the old man and the idiot side-kick. Needless plays this up to great affect, bringing a great deal of laughs.

But the interesting thing is that they even throw in the religious connotations trope. The two main characters are named Adam and Eve (one of whom is a priest). Also everyone’s powers comes from the prophet who came to earth and caused the lackluster apocalypse (seriously, it’s supposed to be the apocalypse but only one part of Japan is reduced to a baron wasteland).

The characters themselves put into any other series would be utterly boring, but in Needless they work and really despite their 2 dimensional personalities, that’s really all that matters. 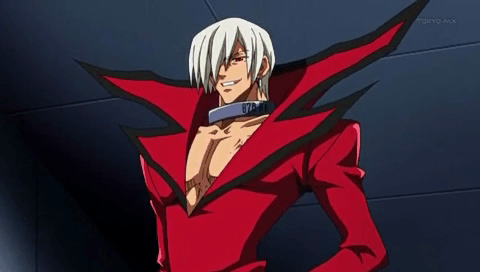 He swears hes not Dante!

Artwork:
The art and animation of this series instantly reminded me of Gurren Lagann, what with the baron desert wasteland and character designs. However as the collection went on it seemed to come more and more into it’s own. It definitely has a distinct art-style, though a lot of it feels borrowed from other series. The animation itself is average, with an unfortunate ammount of still-screens when attacking but this may also be a parody of shonen special moves. That one I wasn’t 100% sure of.

Overall it holds itself up well enough but I can’t help but feel as though it was too bright and fluorescent for it’s own good. Needless is about manly bravado, fan-service and having a laugh about the sometimes stupid nature of Japanese animation. The bright colours feel almost too strongly forced at times, but it’s not so bad it detracted from the collection as a whole.

Audio:
Without a doubt probably the biggest highlight of the series, is the music. The opening theme ‘Modern Strange Cowboy’ is full of complete and utter bombast and machismo that it is hard not to be swept up into the episode following it (Check it out below this review).

The ending theme unfortunately fails in all ways to provide a good counter-point to ‘Modern Strange Cowboy’. Instead we get a dreadful J-pop track with clips of fan-service girls through-out. The ending is so pitifully disappointing in comparison to the opening that I chose to skip it every episode following the first. Once was enough for me.

The voice acting is good enough, albeit a little wonky in some points, though that is undoubtedly at the fault of the dodgy dialogue (If I have to hear Cruz say “Oh Geez” one more time, I think I may end up institutionalized). The characters thoughts also sounded rather peculiar, sounding as though they were recorded by the actors talking into a plastic cup. I have no idea what was going on there but it wasn’t good.

Thankfully the rest of the audio, including the killer soundtrack is all brilliant. If only the ending theme were as good. 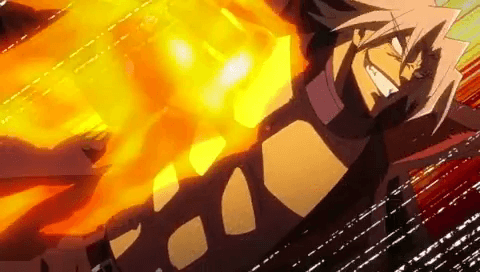 Special Features:
There isn’t a lot in the way of special features. We get the usual slip-case and trailers from Siren and some Japanese promos for the series. The slip-case is worth commenting on as it features a peculiar printing error on it. It lists the collection as having 3 discs, however only 2 are present. I’m unsure whether a 3rd disc was intended for the package or if this is simply an error by Siren. All episodes listed on the box are present so I’m guessing it was merely an error in the print of the collection.

Conclusion:
Needless is a series not for the serious. If you don’t like silly balls-to-the-wall action with some fan-service crammed in between, this probably is not something you want to watch. On the other hand if you don’t mind the silly side of things, this is definitely worth your time and money.

It’s uproariously hilarious at times and provides enough action and fan-service to keep your eyes happy all at once. Needless is indeed a beast to behold, with that said I give Needless Part 1: