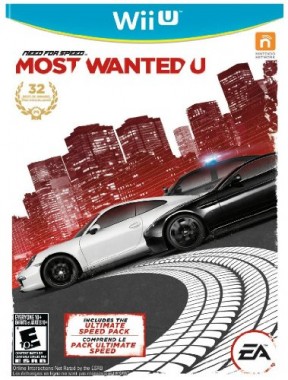 Overview
The concept of police being involved in a Need For Speed game was introduced in Hot Pursuit in 1998. Since then, we’ve wanted nothing more than to leave our opponents in the dust and listen to the Five-Oh complain to their dispatcher as we crashed through their road blocks. Though Need For Speed Most Wanted‘s 2012 offering has been around for a while on other platforms, it was only recently ported to the Wii U. Should you race out to get this game or should it have been left at the starting line? Let’s find out. 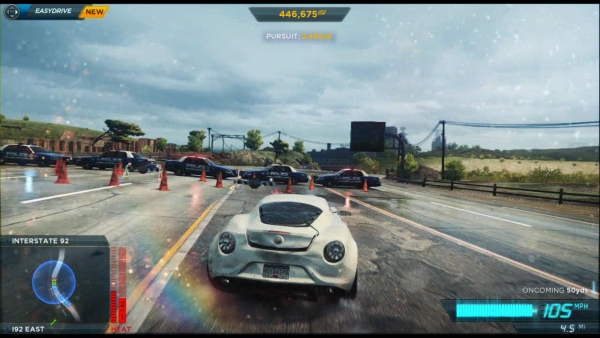 Story
The story in Need For Speed games has always been a thinly veiled reason to jump in sports cars and go fast. Most Wanted U is no different. When the game starts, you’re told that a group known as the “Most Wanted”, ten of the Fairhaven’s most notorious racers, own the city with their street racing skills. Your goal is to earn enough street cred to challenge the Most Wanted, taking them out one at a time until you become the #1 most wanted racer in Fairhaven. It serves well enough to get you behind the wheel and give you some incentive to work up the ranks, but that’s about it.

Gameplay
First we need to get something out of the way. For every action you do, you’ll earn a sort of “street cred points” known as “Speed Points.” Everything you do will somehow award you with them. You’ll get them for winning races, escaping from the cops, jumping through billboards, and so on. When you reach certain milestones, you earn the right to challenge a Most Wanted racer for their spot on the chain. 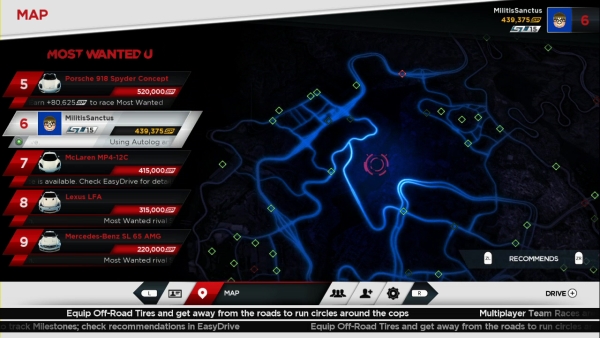 The team at Criterion have done a fantastic job with car handling in this game. Learning to execute powerslides and other racing maneuvers can be difficult at first, but once you get over the training hump, the sky is the limit. Driving feels great for the most part, but it can occasionally get frustrating. Those unknowing civilians creep around the corner just in time for you to T-bone them at 200 MPH, and do so frequently.

Each of the cars handles in its own unique way. One may have a touchier gas pedal while another handles turning more effectively. Ultimately, the choice is up to the player and their preferences, but Most Wanted U will appease everyone, whether you choose to drive the eco-friendly Ford Focus or the exotic Bugatti Veyron Vitesse. Once you find a car you want to stick with, there are five races you can run to earn new parts for improving your car. These offer great tangible rewards for your hard fought victories.

There’s quite a bit of material for you to explore and conquer in Fairhaven. The city itself is large and has a lot of interesting ways for you to explore. As you drive around the city, you’ll run across spots where you can acquire new cars. Once you find a car, you can switch to it on the fly. This gives you some fantastic incentive to wander around and offers a great deal of flexibility in what you’re able to drive. 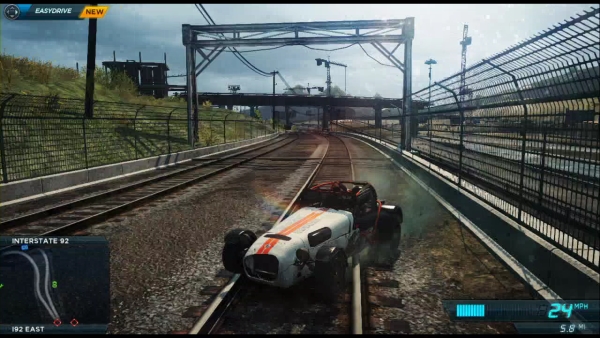 A number of collectibles are also placed around the city: billboards, speed cameras, security gates, and more. Finding each of these will earn you some extra Speed Points and a way to keep track of where you’ve been, but at the end of the day they’re nothing more than baubles with which to distract you.

With a name like Most Wanted U, you’d think there would be a huge emphasis on the police force. Make no mistake – they’re out in force and prepared to shut you down. They’ll radio in locations, establish roadblocks, deploy spike strips, and anything else they can to bring you to justice. It’s exhilarating to have cops around, lights blazing, only to get away by the skin of your teeth. They certainly make their presence known and, what’s more, welcome in Fairhaven, even if you’re the lawbreaker.

Multiplayer
Most Wanted U has a surprisingly strong online multiplayer component. Autolog is there to constantly remind you that you’ve been edged out by your pal down the street. Jumping into multiplayer games is relatively easy. There are a good variety of game types to keep things interesting. Voice chat works through the GamePad. It’s easy to set up and use without having to toss on a headset or use any additional peripherals. Online games play with relatively few hiccups, even over wi-fi. Overall, the multiplayer component in Most Wanted U suggests that Nintendo and the Wii U may just have the chops to hang in era where online gameplay has become so important. 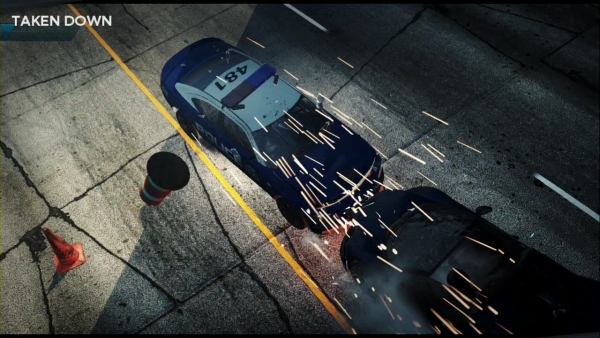 Wii U Features
Given that Most Wanted U is a ported version of the 2012 release of the same name (minus the ‘U’), it’s worth devoting some time to what the Wii U brings to the table with this version of the game.

The control options you have are broadened. You can play on the GamePad as well as the Pro controller. Both can actually be utilized in tandem with the GamePad being able to change cars, toggle the time of day, turn traffic on and off, and so on. It feels like it was intended for a young player who just wanted to see things happen on the screen, but it doesn’t really provide anything special to the gameplay. Though the GamePad is serviceable, the Pro controller feels like the proper choice for this game.

As more than a control option, you can actually play everything on the GamePad. This is neat and provides a bit more mobility in case you want to move around the room as you play. The game also still looks fantastic on the GamePad screen.

With everything that’s in this package, the Wii U version of the game clearly feels like the superior game. 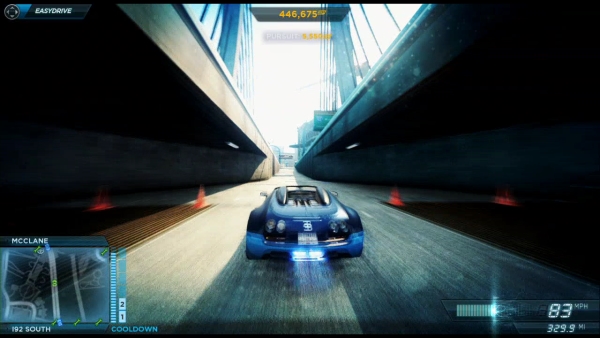 Visuals
Most Wanted U is a beautiful game. The city was built for racing. It feels like it’s teeming with people trying to go about their lives. The cars pack a lot of detail in with them, showing true-to-life bodies with marvelous lighting effects. Slow-motion crashes will have you gritting your teeth as you watch the cars tumble and tear. Menu design is simple and easy to navigate while maintaining a wonderful flare to give it some personality.

Audio
The audio is one of Need For Speed‘s strongest aspects. The soundtrack is full of remixed songs meant to get your blood pumping and your mind focused on speed. The sounds of engines revving, tires screeching, and metal crunching all give a fantastic sense of realism. The decision to have the police radio come over the GamePad’s speaker was also a great touch that adds a sense of engagement to the game.

Overall
Need For Speed Most Wanted U is a fantastic game, even if you aren’t normally a fan of racing titles. The open world and arcade feel will let anyone pick up the game and enjoy it, while races can still require some set of skill or perseverance to conquer. It’s clear to see the extra work put into this edition of the game, as it both looks and sounds absolutely wonderful. With a excellent multiplayer, added content, and Wii U specific features that all bring something to the table, everyone can play this and really enjoy it. If you own a Wii U and want a solid racing game you can sink loads of hours into, Need For Speed Most Wanted U is an easy choice.