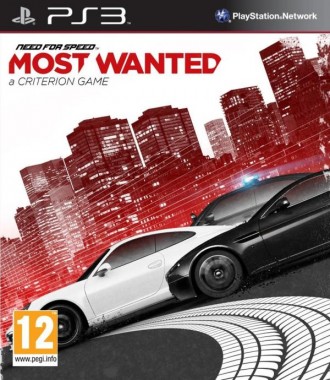 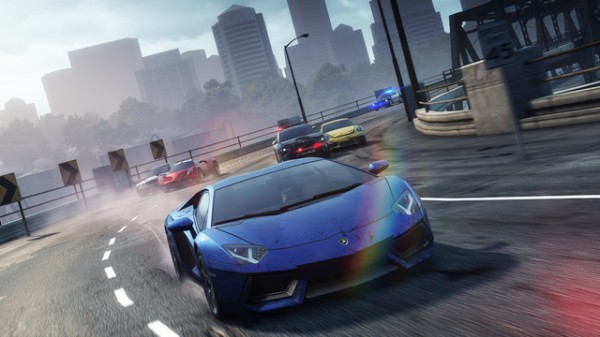 Gameplay:
Need For Speed: Most Wanted is set up to be something special for the franchise, a new path for it to take moving forward. It’s been 7 years since the Most Wanted IP was used, after 2005’s moderately successful racing game of the same name. So what’s different with this game? Well a fair bit, but unfortunately it’s not all for the better.

Like the 2005 game, this take on Most Wanted is set within an open-world (although a much more immense world at that) and tasks players with taking down the 10 Most Wanted drivers. Only they aren’t so much drivers as they are just cars for you to unlock. There is no personality behind the wheel, it’s simply a vehicle to slay and take for yourself. Now this in itself isn’t too bad, but it does leave a lot to be desired. The game features no story whatsoever or characters to speak of, leaving the large portion of the game simply based around racing and unlocking cars until you can’t anymore. It’s all trivial and doesn’t give much motivation or satisfaction to players in regards to taking down these Most Wanted cars. The only real reason to progress forward is unlock more races as most vehicles are limited to a certain number of races for that car type at any given time.

The single-player experience is fairly lacking in general. Although the open-world is quite vast, it provides very little enjoyment in terms of exploration. In most open-world games, exploring the open-world is fun in and of itself, however in Most Wanted there is no necessity to explore the world of Fairhaven. You will slowly progress throughout the world but there is no reason to go and explore the sights, because quite frankly it’s an overall bland attempt at an open-world. There is very little about Fairhaven that would engage or interest players outside of the occasional secret path or jump. It feels very routine and as such leaves a lot to be desired in terms of creative flair. It is just not a very fun place to venture through and with many repeated sights and similar looking locations spread closely through-out it is difficult to maintain any significant interest in Fairhaven for an extended period of time. 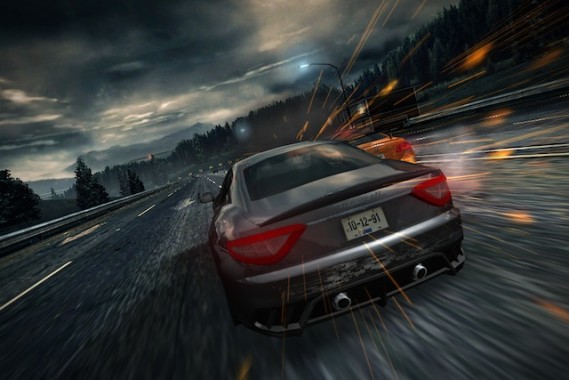 When it comes to progressing through the single-player mode, there is some fun to be had as the races themselves are quite enjoyable despite some problems with the games mechanics. It is just a shame that you couldn’t use your favorite vehicle for every single race in the game, instead you are forced to change in order to play other races. When it comes to race mechanics there are some issues with collision detection. The game does not appear to follow any clear structure of what level of collision will cause a ‘Crashed’ sequence which halts the race similar to the ‘Totaled’ sequences from Burnout. Unlike Burnout, Most Wanted often detects minor scrapes as major crashes and will frequently engage the ‘Crashed’ sequences which can ultimately cost you a race. There are times when it genuinely registers a major collision as a ‘Crashed’ sequence correctly, but it is the minor collisions being registered a major ones that really messes things up. The fact that it’s almost random as to what it will register as a ‘Crash’ really feels like the player is being punished for driving fast. This is a big mistake as in a game like this it depends heavily upon the adrenaline pumping action that comes hand in hand with putting the pedal to the metal. Unfortunately the game makes you feel safer driver slower than faster, which is a major mistake on the part of Criterion Games.

The other main facet of the single-player is of course the Speed Points which can allow to unlock a variety of different things and progress through the rankings of the top 10 Most Wanted cars as well as leaderboards with both your friends and the rest of the world. The speed points are part of the aforementioned notion of ‘being the best’. Those who have the most speed points will undoubtedly have the best vehicles are parts. Gaining speed points however feels besides the point for the most part unless you are a high score junkie trying to earn the most points. Of course like most things in this game, collecting speed points grows tiresome very quickly. Which is a shame because this component could have been far better used had speed points been more heavily emphasised other than just being a number attached to a task or an item.

One other problem the game suffers is that it does not feature a simple race mode. There is no simple option to just do a race, instead single-player is simply restricted to being thrown into the open-world. There is no selecting a track and just racing, you are forced into the open-world to find a race to partake in. This is a misstep as it eliminates casual single-play from the table. To make matters worse, there is no split-screen multi-player (another point towards the death of couch multi-player?) which is troublesome to say the very least.

Thankfully the racing in itself, despite some collision issues, is a lot of fun. The races are inventive and push the somewhat bland locale to its utmost limits in terms of creativity. It’s sure to provide some enjoyment but it’s clear this game was designed with bigger things in mind, namely the online multi-player. 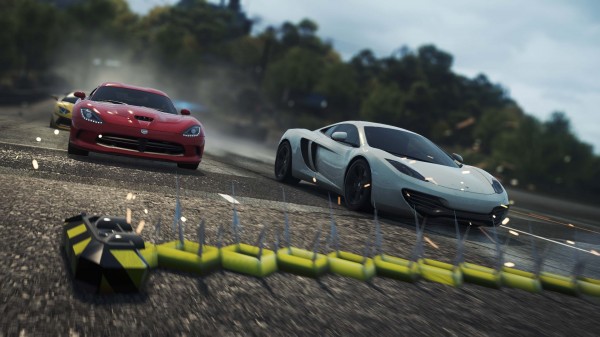 This may just be the first online-multiplayer game that I have seen on a console which places players in an open-world together free of any significant lag. It’s a strange feeling sharing the open-world with other players, and it’s very clear very quickly that it’s not exactly the greatest of ideas although it is quite enjoyable.

The online multi-player places a number of players together in the open-world of Fairhaven and gives them a number of tasks, the trouble is, the game also rewards the players for destroying each others cars, so it more often then not ends up being complete utter chaos instead of you know a race or whatever else you are supposed to be doing. This wouldn’t be too much of an issue provided that the game would provide incentives to actually do the different tasks, but instead it spends too much time glorifying the destruction of your opponents to actually allow multi-player games to progress at a reasonable pace. In one instance it took 10 minutes for us to get a race going because other players wouldn’t stop crashing into one another mindlessly as it gave them speed points. This is simply too much of a side-track from the main objective of multi-player and while it is silly fun it does make multi-player far too chaotic and experience to truly be appreciated.

From top to bottom, Need For Speed: Most Wanted is an inconsistent gameplay venture to say the very least. There are some portions that are heavily lacking in content and there is no real focus on any aspect of the game in any meaning way. It is all a collection of half-baked ideas that are never fully-realised due to the over-bearing yet simultaneously benign speed points and autolog system. There is fun to be had though if you can overlook the faults present. 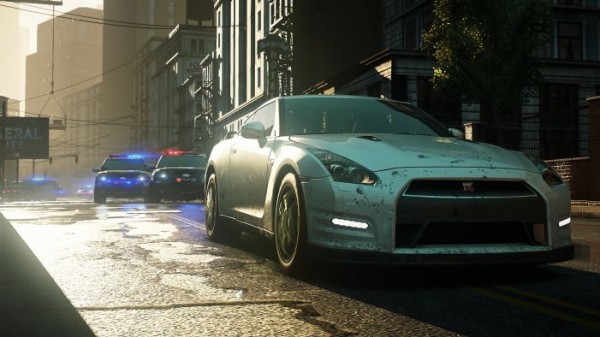 Visuals and Audio:
For most gamers, Need For Speed is remembered for it’s ‘gangster’ style of previous games like Underground and the original Most Wanted. With this incarnation of Most Wanted, Criterion Games have brought the slick and fast look of their Burnout franchise and given this game a distinctive yet familiar appearance. Visually, it is impressive and quite a sight to behold, but there are a fair share of graphical glitches that damage the image of slick sophisticated street racing that Criterion has crafted. The worst graphical glitches are tearing and glitched shadow effects which flash about at a rapid pace at times.

The open-world of Fairhaven is well conceived and despite being fairly routine aesthetically, it does a well enough job at providing a realistic appearing location for the games events to take place in. Unfortunately it is relatively bland and is haunted by a feel of familiarity which is most likely brought on by the overwhelming shades of Burnout in the game.

With the game’s soundtrack, I have to say that Criterion could have put in more effort in order to make the tracks more suitable and better timed. The game also could do with a radio feature, but sadly it does not have one. Although individually the tracks are solid, they don’t mesh too well at times with the gameplay and can be either distracting or completely unnoticeable. It’s really a mixed bag for a soundtrack and shows that very little effort was put into selecting the different songs for the game. 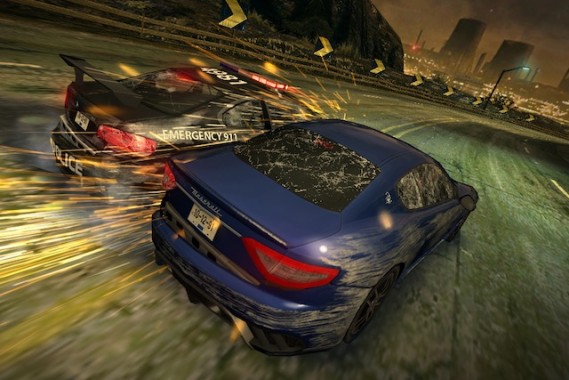 Overall:
At the end of the day, this is definitely a case of the notion transcending reality. There is a lot that could be improved upon in Most Wanted, a game which feels very much like a mix between addictive arcade racing with a tacked on open-world with very little to do and it ultimately results in nothing less than a chaotic mess. There is some fun to be had, but there are a lot of issues that will need to be over-looked in order to be able to extract that enjoyment from Most Wanted. While it is a messy product overall, there should be enough here to entertain fans of the series, but it could be so much better than it is. This is regrettably not what we ‘most wanted’.