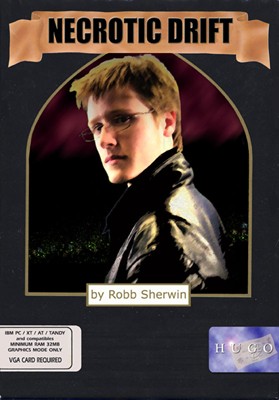 Necrotic Drift is an old school styled text adventure horror game. This game is a remake of an older version of Necrotic Drift that was released in 2004. 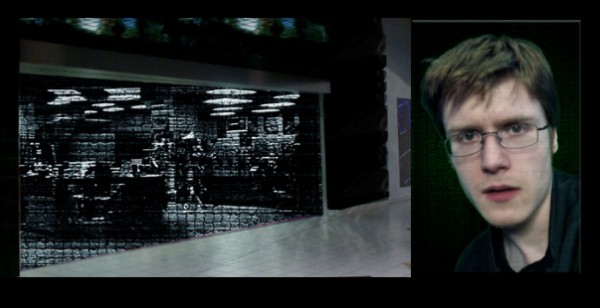 Jarret Duffy is an unlikable loser, with even more unlikable loser friends. His girlfriend has some problems with him being a huge loser with a dead end job, but he seems to be okay with it. His friends, girlfriend, and he get trapped in a mall with zombies. Unfortunately it takes several chapters to get to this point. As you drudge through the almost unbearable dialogue Jarret exchanges with his friends and girlfriend, you begin to wonder how long you have to wait until they die. The story does pick up a bit when you finally hit the zombies, but it is still not very interesting to sit through. The game tries to be offensively funny, but ends up sounding annoying and sad.

As with all text adventures, you must type in the action you want to do. Unfortunately there never seems to be many actions you can take. Through much of the game there seems to be only one real action to choose. Many times the player can get by, by simply entering “leave” or “talk” just to make the story move forward.  Sometimes, very rarely, can you actually do something other than try to figure out the key word to make things move along. You are never really given much of an indication of what you need to do, most of the time it is just guessing until you get it right. You can also talk to the other characters sometimes, which is never rewarding considering that none of them have anything of merit to say. One might say that talking to characters subconsciously avoided in order to not have to read what terrible joke they come up with next. 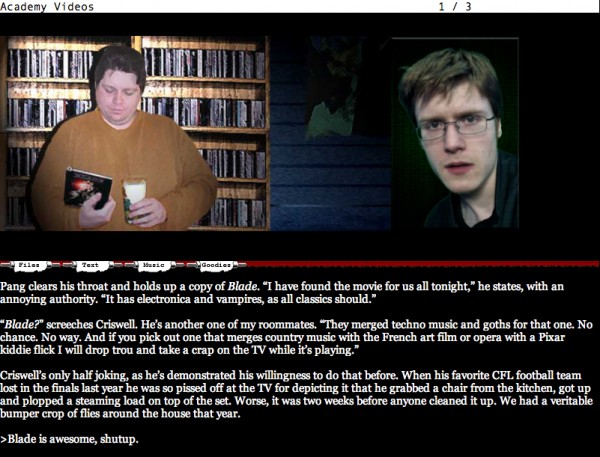 Visually this game has almost nothing, but it is a text adventure game so usually you don’t get any visuals at all. You get pictures of the characters and environments, but it is not anything special to look at. The photos used as environments and depictions of the characters come off as depressing in a very real sense, rather than depressing in the context of the game.

The music in this game sounds like it is from an early 90s point and click game. It can be nostalgic to listen to the keyboard like sounds, but the music will stop playing less than a minute into each chapter. You then simply play in silence until the next chapter. 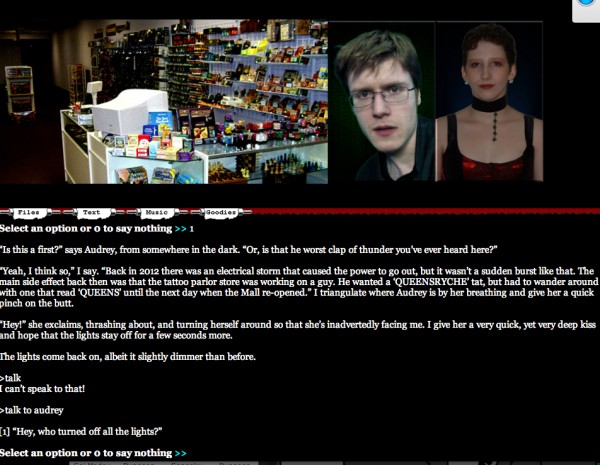 At first the game seemed promising as a call back to early text adventure games, however it fall short on every level. Necrotic Drift looks cute and nostalgic at first glance with it’s charming little keyboard tunes and terrible early 90s resolution pictures, but once one actually has any sort of interaction with the game it all falls apart. Necrotic Drift could have easily gotten away with the poor music and visuals, in fact it could have been a bonus to the game, if only the actual story was not so unpleasant to read.

Necrotic Drift is a chore to play. Between the unbearable characters and the long parts of the game where nothing but awful banter happens, the game is not enjoyable. Having to guess at the exact word the game needs to move forward is boring and frustrating, while the rest of the time it is monotonous in that it will repeatedly allow one simple word to continue. This is a waste of time, even if it was free. Having to pay any money for it at all is unthinkable. It is not even so bad it is good, it is so bad that it is bad.