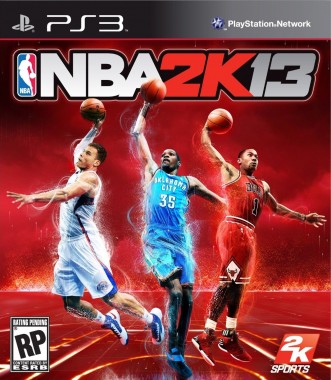 Overview:
The NBA 2K franchise is now officially thirteen years old with the first game being released way back in 1999. Thirteen is widely considered to be an unlucky number, with a large amount of superstition surrounding it, especially when it comes to sports. The number itself has a great deal of connotations but more so in particular with basketball. Many NBA teams have retired the number 13 jersey for a variety of reasons.

The point I’m trying to make is that the number is said to be unlucky. Now that begs the question, are 2K sports unlucky when it comes to NBA 2K13? Or does luck not matter in the case of this game? The answer is no. NBA 2K13 is easily the best basketball game to date and there is nothing a silly superstition could do to stop that. 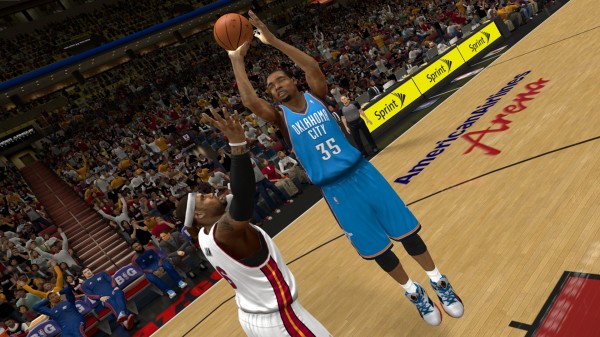 Gameplay:
What do you get when you combine the most polished and solid top to bottom basketball video-game to date with hip-hop and rap superstar Jay Z? Something simultaneously incredible and naggingly irritating. That something is of course NBA 2K13, an all round solid game with a little too much stroking of it’s apparent Executive Producer’s ego.

The title screen reads, NBA 2K13 Executively Produced by Jay Z. This title card essentially sets the tone for the game as a whole and thankfully at the end of the day the basketball comes first and the overbearing Jay Z comes second. But let’s talk a little bit about Jay Z before we get into how the game itself goes on the court.

Jay Z otherwise known as Kayne West’s best friend and the multi-million dollar rap artist who also happens to own the Brooklyn Nets, has a large hand in the cookie jar known as NBA 2K13. In fact he apparently served as executive producer on the game. Now I’m sure that right there is confusing enough in it’s own right. I mean, what does Jay Z know about game development? Thankfully not much because his appearance in the game was overbearing and intrusive enough as it is and I personally would not want him having too much a role in how the game plays. But unfortunately you can not play the game without being bombarded at times with the man and his posse of rapping friends. There music plays almost constantly, loading screens often feature music videos of his and he is even seen at court-side for some matches. But other than that, one can look past the somewhat obnoxious influence Jay Z has over this game although it is a relatively smart marketing move to bring him on board.

The game itself is great and continues to build upon and expand the tight formula that 2K Sports have built for years with this franchise. There isn’t any real ground-breaking features to speak of but there doesn’t need to be. This game takes the template set from previous instalments and adds a nice coat of polish to it. 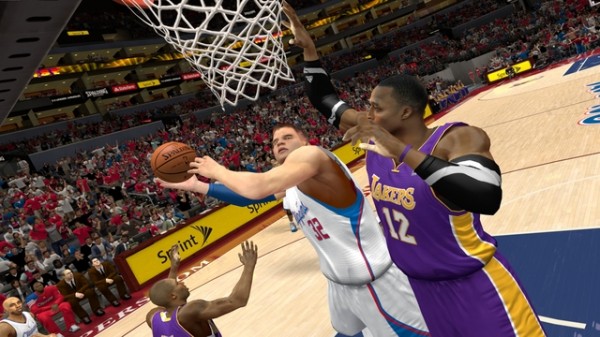 The centre-piece of the entire experience is the My Career mode, which returns from NBA 2K12 (previously called My Player mode). The mode allows you to play as your own created character or play as a real life player. You begin this mode by playing a rookie try-out match which leads to various interviews with interested teams and ultimately leads to you being drafted onto a team that found your answers particularly appealing. After this you play through your career, which can involve changing teams down the line and of course developing your character over the course of the career through an RPG-like character building element. The character building allows you to increase your players stats and specialities. It works well and provides a great incentive to try and earn those precious points to build your player.

In this My Career mode there is also the option to create a shoe. I know this sounds like a ridiculously trivial mode and essentially it is, but there is something fun about creating your shoes to be used in a match, especially when you create something rather extravagant that stands out on the court (hot pink please?).

Besides the My Career mode there is of course your standard exhibition mode and online modes which aren’t really a whole lot different than what we have seen in the past. You can select your team (this time around there are legendary teams from the past that are selectable as well) and face off in your standard exhibition match, it is indeed good to flex your muscles and train yourself up a little before hitting the courts online with the more competitive players. Online works effectively the same as the exhibition mode except you are playing against others in a matchmaking scenario. Both modes are incredibly addictive and pleasure to play, especially for basketball fans such as myself.

From top to bottom this is easily the most refined and enjoyable NBA experience that 2K Sports have produced and there is nothing that the overwhelming amount of Jay Z can do to hide that fact. 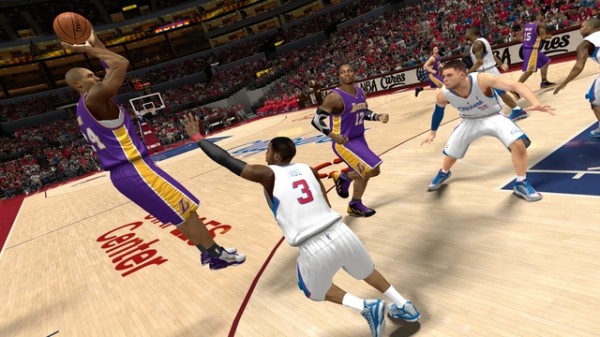 Visuals and Audio:
Aesthetically NBA 2K13 does not disappoint in the slightest, it is damn near photo-realistic and really immerses you into it’s atmosphere. That in itself says leaps and bounds about the visual experience provides in this game. If you are looking for realism in your sports titles, you can’t do much better than this. 2K Sports have pushed the machines to their utmost limits here and the result is phenomenal.

As previously mentioned the game features a soundtrack heavily influenced by and featuring Jay Z. Now if you like Jay Z and his music then this will be a real treat for you. However if you don’t happen to be a fan of him or his buddies Kanye and P.Diddy then you’re gonna have a bad time, because there are about 3 or 4 songs on the games soundtrack that don’t fit into the genre or discography of these people. If you can look past it though you should be able to enjoy the game for what it is. Unfortunately though the soundtrack is incredibly lacking in variety and features more Jay Z tracks than was really necessary. It gets to the point where you wonder why Jay Z had such a heavy influence over the game and why he was allowed to fill half the game’s soundtrack with his own tunes. If that’s not stroking his own ego then I don’t know what is.

At the end of the day, despite how overbearing, intrusive and sometimes insulting Jay Z’s appearance within the game may be, beneath the music is a damn good game. It’s just a shame that the soundtrack is so heavily unbalanced in comparison to past instalments of NBA 2K. 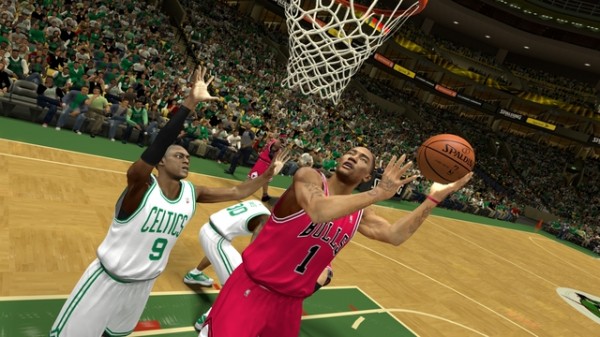 Overall:
From top to bottom, NBA 2K13 is a solid game that builds upon and expands it’s proven formula to great result. It is bogged down by a superstars imposing ego, but that can be overlooked because the game itself is good enough stand on it’s own without the name Jay Z attached.

If you buy these games every year then I’m sure this year will be no different. 2K Sports struck gold yet again with the NBA 2K franchise and this is quite simply the best basketball game on the market. It’s just that simple. If you love basketball, or heck even if you love Jay Z, this game is definitely worth a look in.

My question now is, how does 2K Sports top this? Can they keep on slam dunking or will they miss the lay up next time? Regardless of the next title, this game stands as a shining example of a sports game done right.