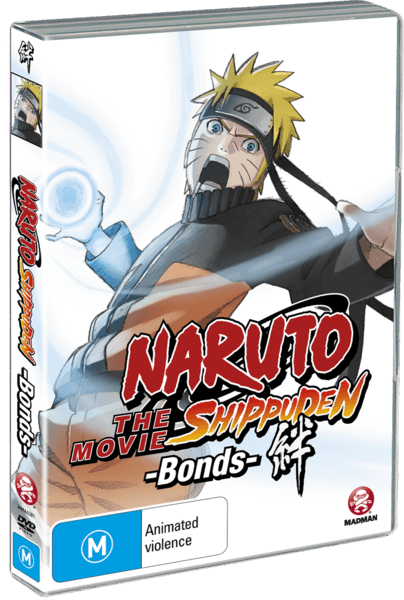 Overview:
There is a common problem that plagues cinematic adaptations of long running anime series such as Naruto. That problem lies in the fact that the majority of these films are inconsequential to the series itself and exists outside of the canon of the franchise. That means that from the get go the viewer knows that everything will return to the status quo by the films end and that all the events that conspired effectively did not ‘really’ happen.

Unfortunately there is no real way around this, so all viewers can do is cross their fingers and hope that this film that ultimately equates to filler material for fans interested in the canon of the series is actually enjoyable enough to warrant it’s existence. So that raises the question, does Naruto Shippuden The Movie 2: Bonds do enough to push it beyond the conceptions placed against it? 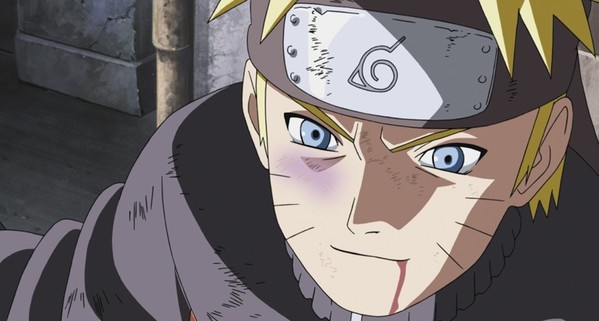 It is all very convenient and is not really anything we have not seen before from Naruto. The film’s plot is rather ill conceived and features some questionable scenes that go against the mythology of the Naruto universe. For example the ‘Sky Ninja’ use technology that seems entirely out of place within the world of Naruto (Jetpack like gliding devices). This creates a major inconsistency with this movie and the already preconceived mythos and history of the Naruto universe.

Fans may find this to be a major mistake and will undoubtedly be reminded of the original Naruto film that did the same thing.  However for casual viewers this will come across as nothing significant. 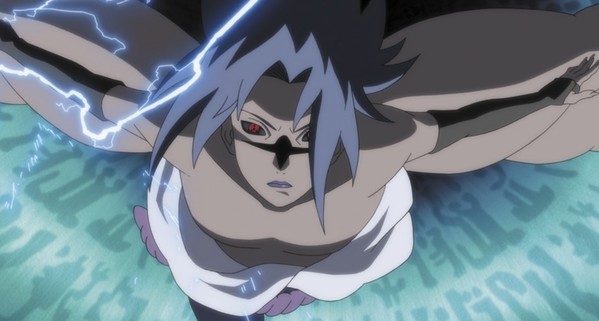 As for the structure of the plot, it is haphazard at best. Amongst the chaos that is the ‘Sky Ninja’ plot, Studio Pierrot managed to shoe-horn Sasuke into the film. Now as many would know Sasuke is a character motivated largely be vengeance and hatred. I’ll say this right now and get it out of the way, he had no place in this film and it feels very evident as to the way in which he is forced into the plot which he should not have anything to do with.

By the time the film had reached it’s conclusion I was left wondering whether I had just watched an overly long and more prettier looking filler episode. There was very little redeeming qualities about the film in general and the Sasuke appearance was little more than unnecessary fan service.

Bonds has many inconsistencies and ultimately the film didn’t amount to much, leaving nothing but a bad taste in the mouth. Casual viewers would find the events of the film mostly confusing as it relies largely on a preconceived notion that they viewer knows who these characters are and their relationships with one another. This one is definitely best left to the most hardcore of hardcore fans, if only to see Naruto and Sasuke interact again. 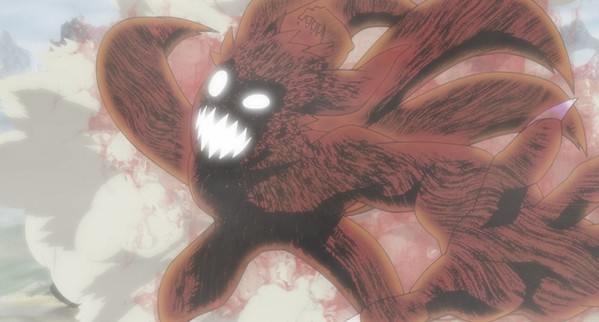 Visuals and Audio:
Studio Pierrot make up for the weak plot of the film with some remarkable animation and art work that clearly reflects the cinematic production of the movie. It is undoubtedly the best Naruto has ever looked and the fight scenes were incredibly fluid and lively.

As for the audio, the soundtrack was overall quite good. However, I found Viz Media’s dub track to be grating and at times distracting from what was occurring on screen as the dialogue was incredibly stilted and monotonous. The Japanese dub was also available thankfully which was pretty good in it’s own right.  All in all, the audio section could’ve been better.

Extras:
Bonds thankfully features some pretty decent special features, which elevate an overall poor film to being purchase worthy (at least for hardcore fans). On disc is a special music video featuring the films theme song and some production art that would entice many fans wanting to see more about the stages of production on the movie. There is enough on disc to give viewers a little more to check out once they have watched through the movie itself,  but it could’ve done with a little more. 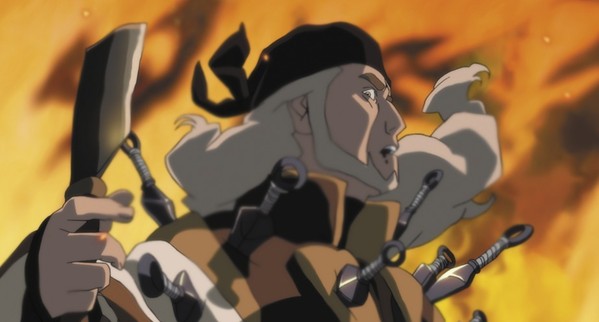 Overall:
Naruto Shippuden The Movie 2: Bonds, is little more than a glorified filler episode. The Naruto franchise has had better films spawned from it than Bonds. It is hard to recommend this to anyone other than hardcore Naruto fans as there is simply a lot they will not understand due to the films decision to not give basic information to first time viewers on the world of Naruto and the characters that inhabit it.

If you do not mind an inconsistent mess, that is ultimately inconsequential then by all means check this movie out. If you rather something more sound and better structured, then there is better Naruto movies out there for you to peruse. Naruto has done much better in the past and as such I recommend avoiding this film like the plague, that is unless your really into the plague.