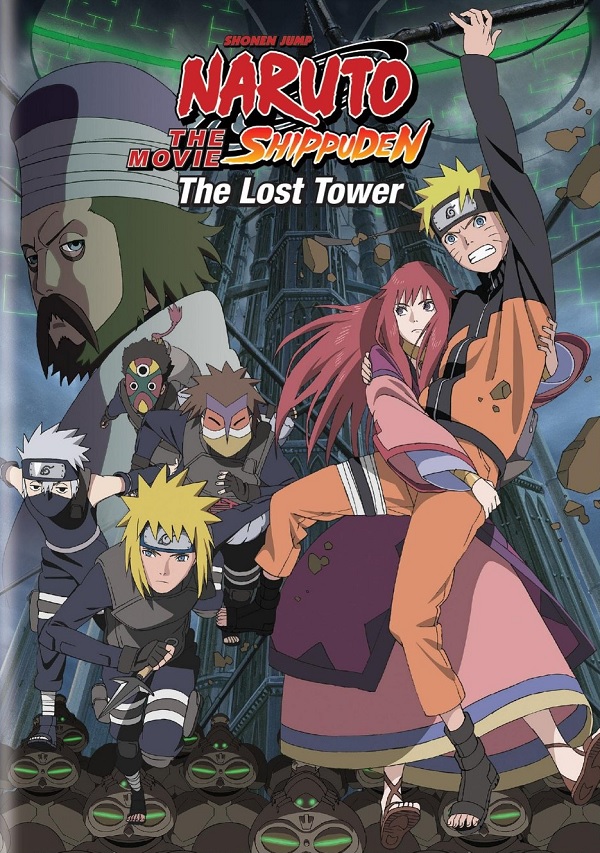 Overview
When an anime manages to reach a certain level of popularity not only will more seasons be ordered, but the occasional movie or spin-off will also be created. Of the many popular shōnen series at the moment Naruto has been one of the longest running series and because of this, a number of movies have been made. The latest movie to make its way to the West is Naruto Shippuden: The Lost Tower courtesy of Viz, but is this movie worth the time it takes to watch?

Story
Team 7, consisting of Naruto, Sakura, Sai, and Yamato, are given the order to track down and put a stop to the plans of a rogue ninja named Mukade.  Mukade is currently seeking out a powerful Ley Line lying beneath the ruins of Loran that was sealed long ago by the Fourth Hokage and if he manages to access it, he will gain immeasurable power. 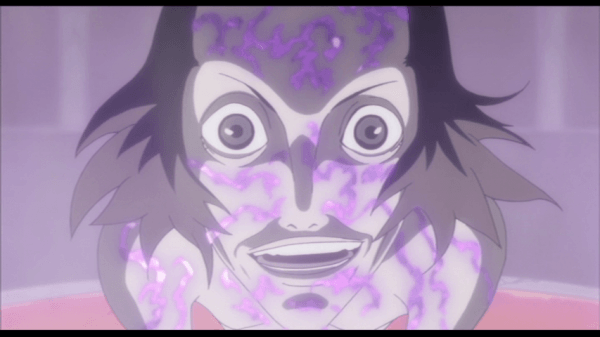 Upon finding him, it is revealed that Mukade is a puppet using ninja and despite their best efforts, Mukade breaks the seal and begins to unleash the power of the Ley Line. While the power spills out of the Ley Line and absorbs Mukade, Naruto and Yamato attempt to stop him and are also sucked into a beam of light, leaving Sai and Sakura alone.

Naruto awakens to find that he is still in Loran, but rather than being a desert wasteland the city is thriving. While still trying to figure out where he is, he encounters the queen of Loran, Sara, and a group of Leaf Ninja who are there on a secret mission. The Leaf Ninja squad explains that Naruto has somehow traveled back in time with the power of the Ley Line and they are also there to put a stop to someone who came from the future seven years ago. 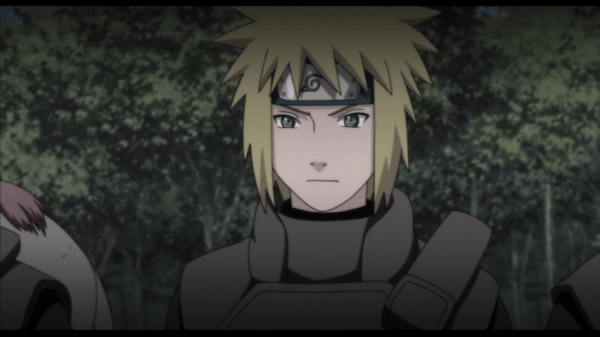 Despite her disbelief, Queen Sara quickly learns of the plight of her people as Mukade’s plans are unveiled and Naruto must try to put an end to his machinations with the help of the Leaf Ninja that not only consist of two people with jutsu’s strikingly similar to some of his childhood friends’ but also a man who looks like he just might be the Fourth Hokage, Naruto’s father Minato Namikaze and for fan pleasing services, a young Kakashi.

The time travel aspect of The Lost Tower isn’t a new concept but it does open the door to a number of possibilities that can be explored when you consider how Naruto never met his parents. Sadly thanks in part to Naruto’s own idiocy and Minato not wanting to know about the future, the family connection is barely explored. There are a few bits of team work between the two but unfortunately that is the best that viewers will be provided. Also as I mentioned earlier, a young version of Kakashi plays literally a bit part in the movie and seems to be included just to please fans for the thirty seconds he is on screen. 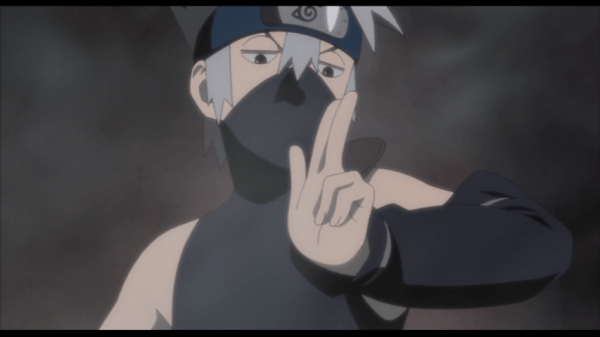 Instead of family bonding or anything else, the focus lies squarely on Mukade and Queen Sara. However both of these characters end up being rather poorly presented as Mukade plays a background villain for much of the movie and barely feels like a threat until the closing minutes of the movie and Sara fits the stereotypical role of an inept ruler not wanting to believe that she may have been lied to by someone close to her. While she does start to make strides in becoming a better character throughout the movie, she ends up becoming rather forgettable and mostly serves as a way for Naruto to keep powering forward.

Where The Lost Tower actually falls in the Naruto time-line is a bit difficult to determine, at least the events that take place in the present, however thanks to at least one hint dropped by Naruto himself, it occurs after the events involving Jiraiya and Pain. However regardless of its placement in the series, it means little to the overall storyline thanks to the fact that, except for Naruto, none of the present day cast is involved nor are they able to recall what exactly happened. 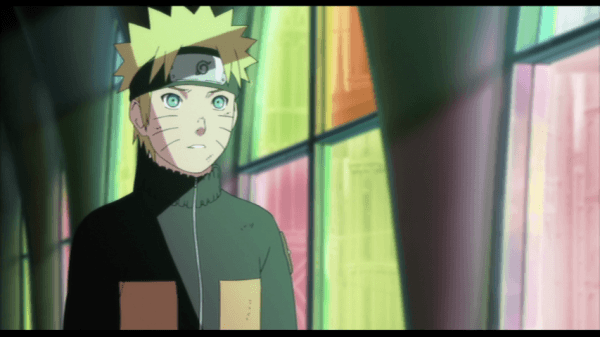 In the end, while there are a few battles to see and the climactic confrontation between Mukage, Naruto, and Minato is quite a sight to see, there is pretty much nothing of note in The Lost Tower’s story. Nothing is explored, nothing is expanded upon and in the end it feels more like simple filler than anything else, but it does serve as a nice distraction from the main story.

Visuals
Considering your standard landscape in a Naruto episode usually consists of rural, Japanese style buildings or forests, watching the various fights take place in a sandstorm or in a wide array of tunnels full of pipes and equipment is a nice change of pace. There are also numerous skyscrapers and various other elements added into the movie with a fair bit of detail as pre-ruined Loran was something of a jewel in the desert. 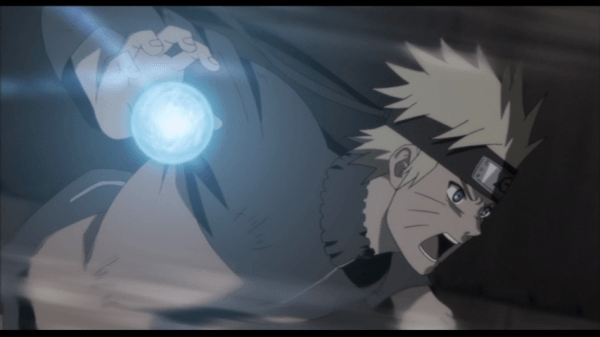 As for the characters and fighting, the various designs of the enemy puppets are the same style we’ve seen from the main Naruto series, albeit with more futuristic-like abilities and are almost all the same looking,while Mukade’s design can best be described as mob member #4 thanks to his lackluster appearance that would serve better as a background stand-in. That being said, Naruto, Sara, and Minato are nicely detailed with their fair share of action shots while the quality of the animation during fights always remains top notch as the ninjas duke it out with puppets and Mukade’s final form.

Audio
As one would expect, all of the standard voice actors for Naruto reprise their roles in this movie and for those who don’t like the English cast the Japanese voice track is also available on-disc. The main cast sounds just as one would expect and Sara’s voice actress, Eden Riegel, handles the character nicely including her brief singing section. 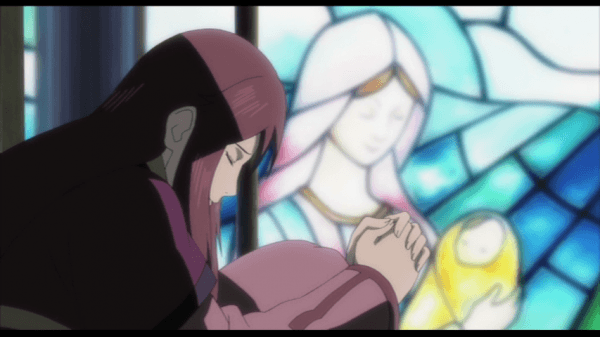 The movies’ soundtrack is pretty standard with a number of themes from the anime revamped for this movie release. It is worth noting that the final battle theme does fit nicely with the action but for the most part it is relatively forgetful.

Extras
With this DVD release of Naruto Shippuden: The Lost Tower Viz has provided a few basic bonus features as well as an animated short called “Naruto and the Three Wishes.” The basic extras include Japanese trailers for this movie as well as the yet to be released Blood Prison Naruto movie, a clean ending theme and trailers for other Viz anime. 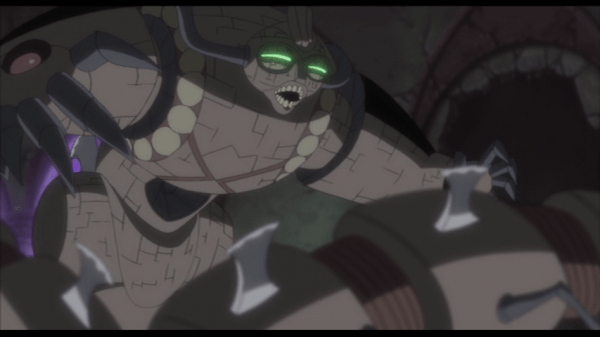 The animated short is fourteen minutes long and has been given an English dub. This short takes place before the time skip and features all of the younger ninjas messing around on an island. While there Naruto uncovers a magic lamp with a genie inside that will grant them three wishes. The short provides a fair bit of comedy as they all fight it out to see who will be able to use the last wish.

Overall
Whenever a movie is made for a shōnen series, the events rarely ever have any effect on the actual storyline. However thanks to this caveat, they usually are capable of delivering unique interactions or special power reveals that wouldn’t work in the main series. Unfortunately Naruto Shippuden: The Lost Tower does neither of these things. While there is some nice action to be had, the bland focus on the story, the missed possibilities and the lackluster villain leaves The Lost Tower buried beneath the sands of time.