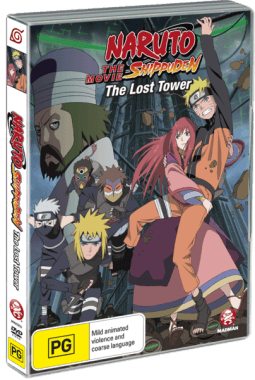 Not only does every Shonen series in circulation have an almost uncountable number of episodes under their belt, with more set to come, but they also have a handful of story-branching movies to go along with it, Naruto is one of those series’ and considering it’s been going for many years I can’t say any of us are really surprised by this. Year after year we’re given movie after movie, some of them are actually pretty good, others seem more like extended episodes rather than full movies. I have to give it to the show-runners of these series’ because every time they branch off the storyline into something that is meant to fit into a movie they try their very best to make it different, unique or even slightly interesting, it doesn’t always land but when it does…it does it well. Naruto Shippuden Movie 4: The Lost Tower fits perfectly into this description; it’s different, it’s thought-provoking and it’s slightly odd but does it do justice to the Naruto franchise? That’s the question I have to pose. 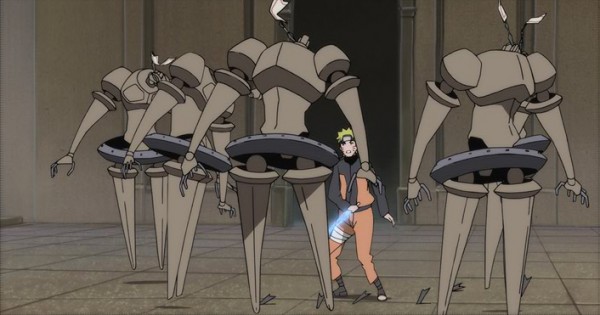 The Lost Tower is set somewhere within the Naruto Shippuden story, I’m not too sure because they never really give an indication but that I don’t think that would’ve been necessary anyway. Team Seven whichm right now, consists of Naruto, Sakura, Sai and Yamato are out on a mission to hunt down the rogue, and highly dangerous, ninja named Mukade. Mukade is a master of puppet manipulation jutsu and uses it alongside the desert winds to temporarily get the best of the team. Armed with chakra-enhanced blades, the team follows Mukabe into the ruins of an old city, there lies a sealed source of energy called the “Ley Line” that, once in the hands of a skilled Ninja like Mukabe, could mean ultimate power for him and major strife for the rest of the ninja world. Mukabe unlocks the seal and a magnificent but maleficent light fills the underground ruins. Naruto and Yamato are engulfed by the light alongside Mukabe and that’s where the movie truly begins. 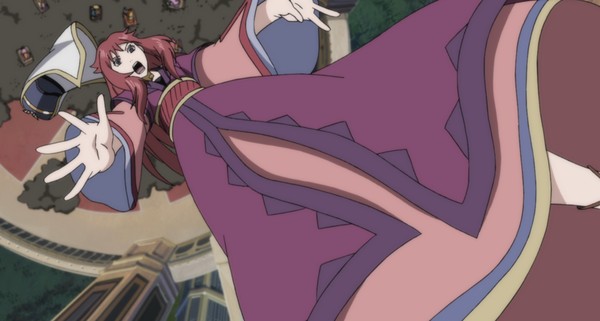 The two men are thrown way back in time to an age where the city ruins once stood tall and went by the name of Loran. The city of Loran is an odd one indeed, it resembles both a futuristic setting and yet it is still reminiscent of old European structures, it’s populated mostly by puppets that work like guard robots and it really does give the overall feel of a dystopian future rather than a beautiful past. I’ll skip through most of the in-between scenes and get to the more juice stuff from the movie. It mostly revolves around the taking over of the throne by Mukabe, the current ruler of Loran, Queen Sara, is a young girl who is still a little green behind the ears and doesn’t quite know what exactly is going on in her city but, under the guidance of Mukabe who reached the past six years before Naruto and has built a fine reputation, she rules it in a way that she believe her, now deceased, Mother would have. 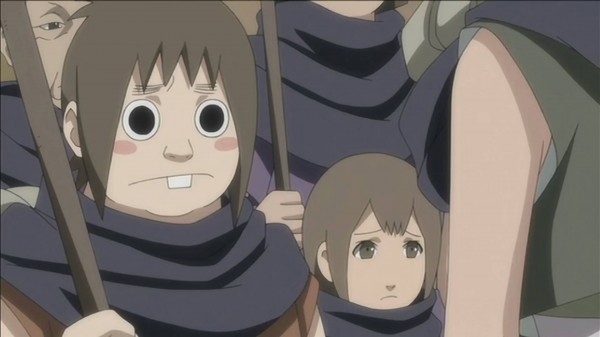 After an assassination attempt and on obvious and heroic save by Naruto the two finally meet in what will end up being a friendship to remember…or will they? Now, straight out of the gates, this movie does a lot of things wrong…not entirely big things, in fact, I would consider them to be more like rookie mistakes which shouldn’t be happening to a series like this that has been going on for so long. The story is fairly basic, we’ve seen it all before, and while it does take us to a brand-new location with some brand-new people it does also disappoint. I didn’t expect this movie to be ground-breaking but I also didn’t expect it to be as basic as it was. It was a typical “save the princess, save the world” kind of storyline, one that we’ve seen a hundred times before and one that you cannot make good simply by putting it in a wonderful location, it just doesn’t work that way and it didn’t work this time. 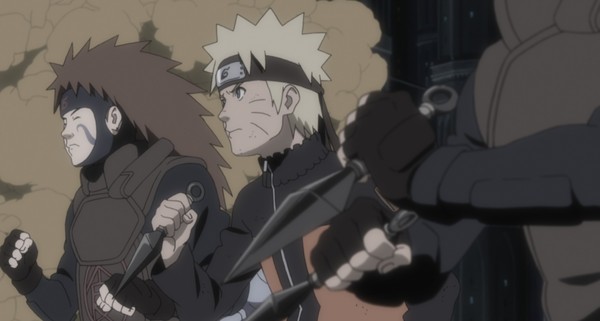 What I really enjoyed about the movie was the appearance of some series’ favourites like the Fourth Hokage (who in the movie was NOT the Hokage) and his team-mates who just so happen to be the fathers of some of the younger characters in the present Naruto timeline. Seeing Minato (The 4th Hokage) and seeing Kakashi as a young Ninja were, without a doubt, the greatest scenes in the movie despite the fact that they didn’t turn up a great deal. The very fact that the reason they’re there makes sense is a big plus in the positive column but, unfortunately, to add to the negative side of that column; the movie ends in a really tacky and cliché way that actually had me extremely annoyed by the time the credits ended and it had finally sunk in. Now I can’t actually tell you what happened because it would be a massive spoiler but I can hint at it, only slightly; it’s worse than the “Oh! It was all a dream!” angle and made the movie seem entirely redundant. 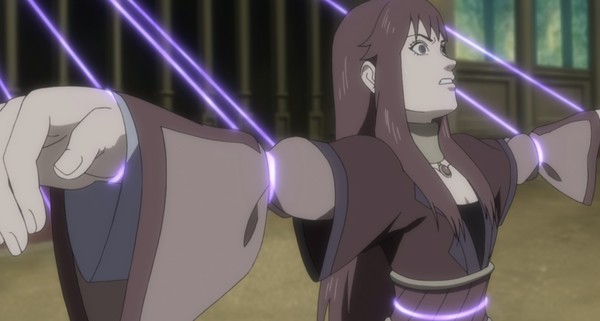 Naruto Shippuden: The Lost Tower played jump-rope with the quality of its visuals, some scenes were incredibly cinematic and beautifully animated and some just fell far too flat, it almost looked like they had pulled some scenes straight from the Anime and it’s so unfortunate because we as the audience continuously see this type of thing in Shonen Anime movies. The costume designs were fairly good, the younger versions of the Leaf Ninjas also look incredibly good, their designs are sleek and unique and pretty much exactly how ninjas should look unlike Naruto who is this shining, orange beacon in the ninja world. The puppets also had some incredibly designs, they were extremely well thought out and really made an impact on me, they looked like the puppets we know and love from the series but with an odd and interesting twist. What amazed me was the design of Loran itself, it was an incredibly good-looking location that both harnessed the overwhelming image of an ancient European city yet looked modern enough to almost seem futuristic and seeing as Naruto takes place in a world almost entirely populated by Japanese-style buildings it’s a nice, fresh and different view that will surely take audiences by surprise. 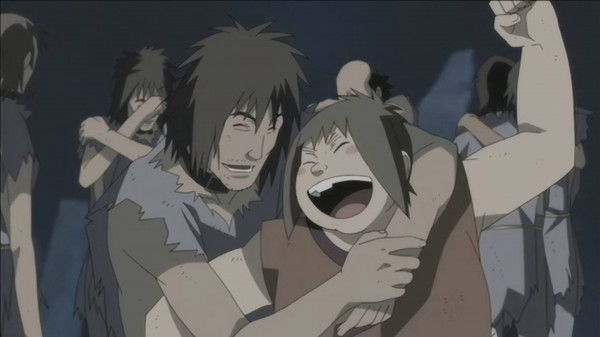 When it comes to the audio aspect of the movie it really doesn’t break down any walls, so to speak. It doesn’t entirely have a memorable soundtrack and the voice acting for most characters is sub-par but there are some redeeming qualities that should keep you around or, at least, keep you from going crazy while watching the film. I watched this movie in English and, unfortunately, the only voice acting I enjoyed was that of Yamato’s who only really popped up in the movie twice, the rest were a bit of a let-down. There was quite a good range of music within this movie, it went from typical Naruto tracks that are quite reminiscent of traditional Japanese tunes to some nice rock scores that seemed to fit in well with action scenes, the only bad thing is that these songs were overshadowed by the overly-loud sound effects that were present within the fight-scenes. 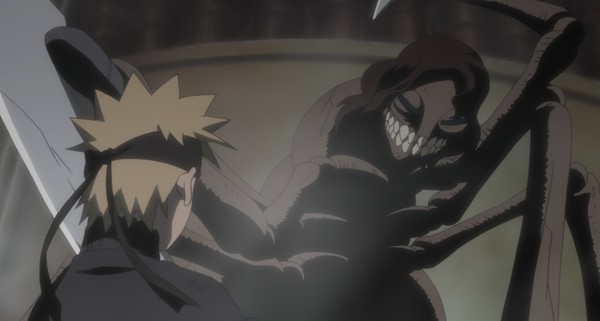 Like most Anime releases, Naruto Shippuden Movie 4: The Lost Tower comes with pretty much nothing. There’s the typical things like some nice art on the flipside of the DVD cover, some movie trailers of other Madman products, a clip of the textless closing song and the trailers but it also actually came with one 14-minute episode called “Naruto and the Three Wishes” which is just a silly little “muck around” episode wherein which the youths of the Konoha Village find a magical lamp which holds a genie, it’s obvious that this genie causes a lot of trouble when the kids realise they ALL want the wishes and it leads into a wacky little adventure that all Naruto fans will enjoy. Apart from that small extra, the rest is fairly normal. 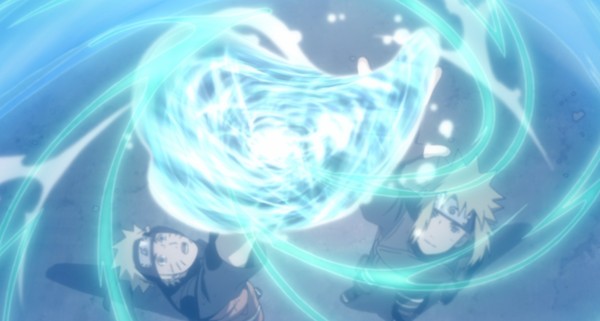 What else can I say? Naruto Shippuden Movie 4: the Lost Tower has turned out to be another typical Naruto movie; it’s watch-able but it’s in no way memorable or even that great. It was almost like watching an extended filler episode of the Anime but with an ending that just shook me to the core…in a bad way. Look, Naruto fans will like it, I actually enjoyed it for the most part but I can see exactly what is wrong with it and exactly what people wont enjoy about it and that is, unfortunately, a great deal of it. I was excited to see some older characters make a return in their younger bodies and that kept me going through most of the movie, hopefully you Naruto fans who’ll purchase this movie regardless will find that little something to get you through it. Just to reiterate; it’s not a terrible movie at all but do NOT expect it to instantly hit your “Top 20 Favourite Movies” list.