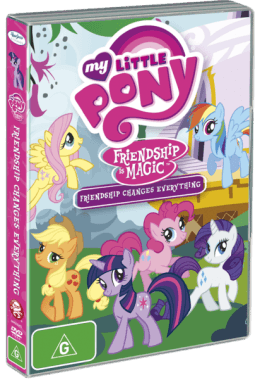 My Little Pony; Friendship is Magic (V1) – Friendship Changes Everything

If the success of the Transformers cartoon series has taught us anything, it’s that a successful TV show can massively change the fate of a toy brand. An idea that begins as a simple marketing gimmick can quickly spread into a cultural phenomenon. When Hasbro first conceived the idea for ‘My Little Pony: Friendship is Magic’, they probably didn’t quite grasp how dramatically the show would change the face of a toy line designed for young girls. It’s no secret that the internet has developed something of an obsession with this particular cartoon series. Now, recently released to DVD, viewers of all ages and genders can take home the very first DVD volume: ‘Friendship Changes Everything’ to see where the series first kicked off. 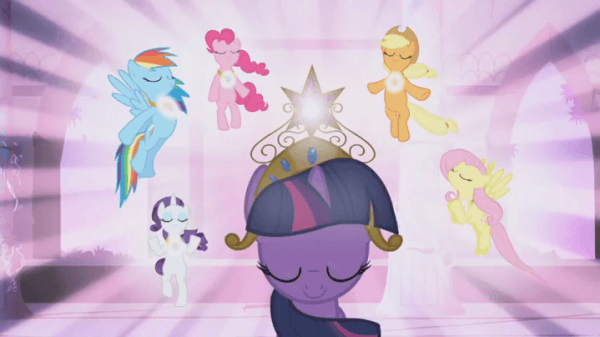 For what most would expect to be a relatively simple children’s show, the Friendship is Magic (FiM) series features a setting that is surprisingly well thought out, with many memorable fleshed out characters and plot lines. The story of My Little Pony: Friendship is Magic begins with a studious unicorn named Twilight Sparkle. A devoted student and bookworm, Twilight is shown to be a social recluse, often spending much of her time locked inside Canterlot Castle with few friends to speak of besides her teacher Princess Celestia and her pet dragon Spike. 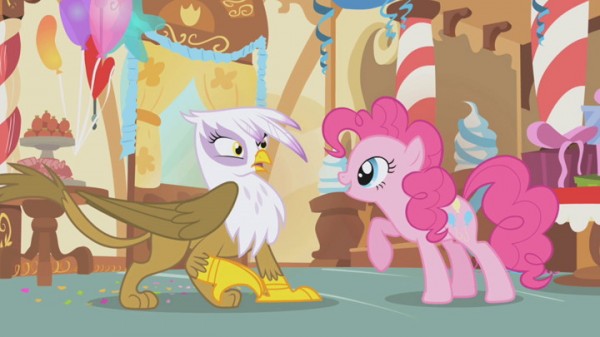 To change the attitude of her student, the Princess sends Twilight and Spike out into the land of Equestria, to stay and make friends in a town called Ponyville. (And this is just the beginning of the horse based puns.) It is here where viewers are introduced to the other five lead characters of the series, each with different jobs, talents and personalities: Apple Jack, a hard working farmer girl with a southern drawl; Rarity, a stylist with a mind for fashion; Pinkie Pie, the upbeat, giggling and often random minded party lover; Fluttershy, a timid soft spoken Pegasus who cares for animals (and my personal favourite); and Rainbow Dash, a fan favourite due to her bravery, speed and self confidence. Our protagonist Twilight eventually makes friends with all five and in doing so, sets up the context for the rest of the series. Throughout the course of this first collection, the girls will uncover a plot to shroud the world in darkness, settle a competitive dispute, learn that some things in life can’t be done alone, and teach a particularly mean spirited Griffon a little humility.

With the exception of the first two episodes, the series features little in the way of a continuative plot, where each episode tells an individual story. Each episode generally focuses on one of the lead six learning some form of life lesson which is reflected and expressed as a letter towards Princess Celestia at the end of each story. Unlike the PSA type messages that were often dropped into the ending of an episode of Superman or Captain Planet, the show creators have done a particularly good job at themeing each of the episodes around particular personal issues that many children will grow up having to deal with. And as for the adults watching the show, it doesn’t hurt to be reminded of these lessons sometimes too. 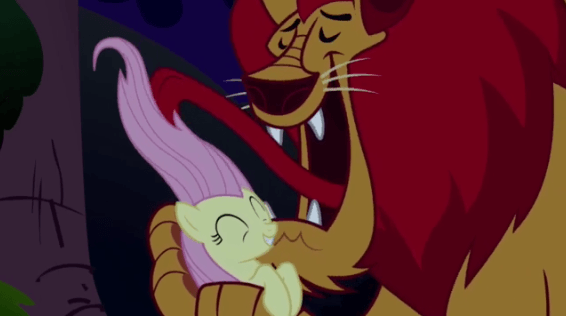 I think it must be said, that for a show that was supposed to be oriented towards a demographic of young girls, the episode plots are mature and sensible. Viewers will take the show seriously because the show takes their audience seriously, a fact that few shows can honestly claim. The writing staff in particular should be applauded for being able to create dialogue and situations that caters towards all ages and demographics. In doing so, the show never feels like it’s excluding anyone, regardless of age and gender. Even the episodes that involved signing a life lesson, which I would usually abhor, were made interesting and appealing with a little clever writing, and a big dosage of Pinkie Pie’s particular brand of crazy.

One of the shows strongest selling points, besides the writing, is the animation style and visuals. All of the environments and places that are visited in Ponyville and Equestria are very lively and full of colour. Even the darker settings have well drawn and coloured backgrounds and objects. Movement animations are made clear and fluid and the backgrounds surprisingly dynamic when they need to be. Viewers would be able to look for hours and not find an ounce of lazy or poorly drawn animation. 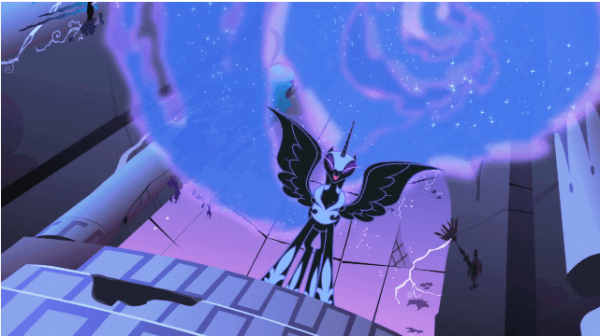 The characters themselves are drawn with remarkable detail. Each character is coloured remarkably simply, usually in a singular colour with darker shaded outlines, with the exception of haircuts and unique cutie marks (the symbols that appear on each ponies back legs). This simple colouring and design scheme makes each of the characters uniquely individual in appearance, without going over the top in terms of design extras. Overall, the visuals are very well developed for this day and age of animation. And despite being drawn for a style of a children’s cartoon, the show’s visual simplicity gives the series an inherent cuteness without being “too cutesy”.

The soundtrack applied to the series is well appropriated, and many of the tracks stand out as quite memorable, depending on the character or situation they’re applied to. For instance, Rainbow Dash’s flight theme is performed in unique a guitar based rock riff. The reimagining of the original ‘My Little Pony’ song for the theme song is unfortunately catchy, and particularly hard to get out the your head. But in all honesty, it’s the only part of the show that does seem a bit “kiddy cutesy”. 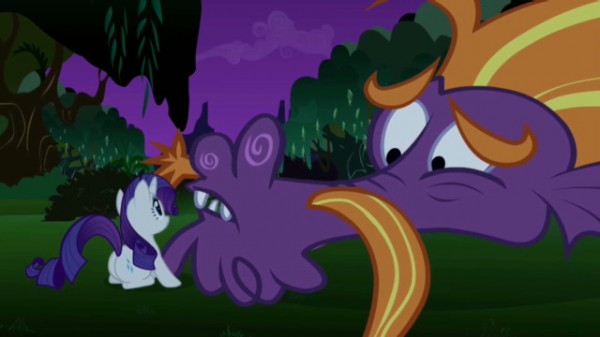 On the other hand, the voice acting talent is very well performed. The personalities of each of the lead cast and well and truly captured in their voices. For example, Rarity’s refined vocal style, Fluttershy’s soft stuttering and Apple Jack’s southern accent. Again, although the original purpose of the show was to support the girls toy line, the voice acting portrays the characters as mature and almost adult. As an added bonus, the writing compliments many of the voices very well in creating genuine moments of laugh out loud humour. The fact that the characters use words that seem far more mature for the intended audience age is yet another indication of the show taking its audience seriously. 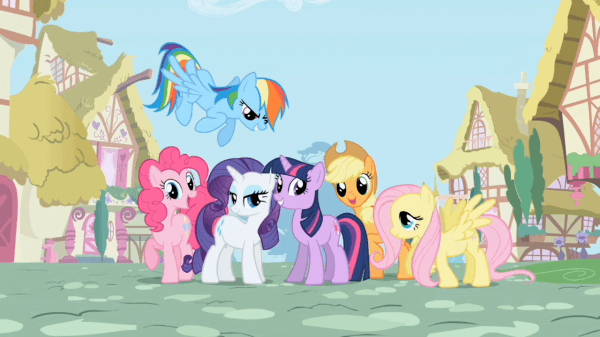 Those who dismiss MLP: FiM as a “silly kids show for little girls” are most likely judging based on face value alone. As someone who was initially dubious about the series going in to watch, I can say that I was honestly impressed. What may have started out as a mere kids show has certainly earned its notoriety online for being a well animated and well written series. Despite the small misgivings that appear childish on the outside, they’re redeemed by the strengths of a truly unique story and setting, well developed characters and a genuinely unique sense of humour. And although it’s only 5 episodes long, this volume is a must have for any devoted Brony or Pegasister.