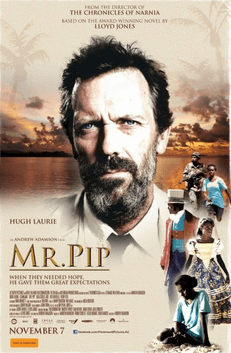 Based on Llyod Jones award-winning novel, ‘Mister Pip’, Andrew Adamson (The Chronicles of Narnia) brings to screen an inspirational true story of Mr. Pip and the imaginings of Charles Dickens’ Great Expectations. The emotional drama delves deep into the South Pacific Islands of Bougainville in Papua New Guinea; where one man, Mr. Watts, takes the initiative to teach children the importance of embracing their imagination to escape the horrors of war. Although Mr. Pip tells an exceptional story, the question now is whether the film stays true to the viewer’s great expectations. 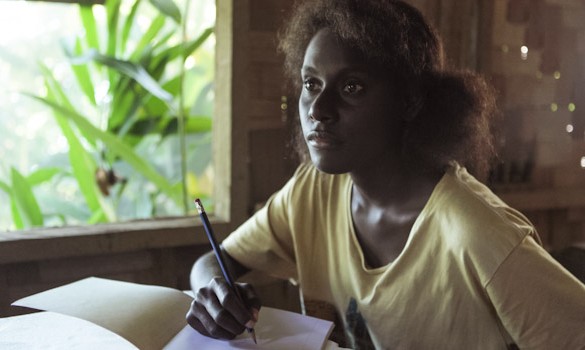 To grasp the context of Mr. Pip, the audience is briefly introduced (via on-screen text) to the origin of the civil war during the 1990’s blockade, enforced by Papua New Guinea on Bougainville, over copper mining and land rights. However, the story begins in a completely different world, a snowy London that belongs to Dicken’s hometown. Here we become acquainted with the beautiful, young teenager, Matilda, (Xzannjah) who wanders into a Museum dedicated to the author himself, and comes across the profound quote, “It is a most miserable thing to feel ashamed of home.” Written in Chapter 14 of Great Expectations, this quote creates a pathway for the audience to follow, as they travel back in time to where this influential fictional work changed Matilda’s life forever.

The man that sets the story into motion is Thomas Watts (Hugh Laurie), also known as Mr. Popeye, Mr. Pip and Mr. Dickens within the film. As an actor, comedian, writer, musician and director, it is fitting that Hugh Laurie takes on more than one role. At first glance, Mr. Watts comes across as an unusual and funny character; considering the red nose he wears when escorting his wife, Grace, through the island village. However, it is Mr. Watts who seeks to be the first person to make a difference for Bougainville; as the only teacher (and dare I say only ‘white person’), willing to dedicate his time and effort into sharing Dickens invention, Mr. Pip, from the novel Great Expectations with his class of students. 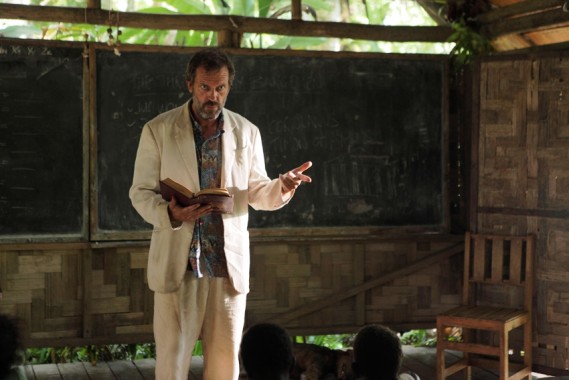 During the reading sessions in class, the audience enters Matilda’s mind and we see the story run with her vivid imagination. Matilda meets her own version of Mr. Pip at the churchyard and from there is swept away into the mystifying tale of the orphan in Dickens thirteenth novel. The transition between Matilda’s alternate and real world is seamlessly translated to the audience, as if they themselves are part of the story. Of course, there is no better compliment to pay to the author, than to believe that you truly know their main character in person. Mr. Watts admits to Matilda that he too has met Mr. Pip and reawakens his impression of the character to the class through improvisational narrating.

Despite the teacher’s impact on Matilda, her mother Dolores –an irrational religious woman, disapproves of Mr. Watt’s educational methods and significantly implicates his position (don’t worry, I won’t mention any specifics here) within the community. The film unfolds rapidly when rebels invade Bougainville, in search for the ‘person’, Pip, whose name is engraved on the beach. The armed and dangerous men tear down the houses and destroy the literary fantasies Mr. Watts reinforced upon the children. In the event of tragic loss and suffering, Matilda strives to recover Great Expectations in her own writing and is inspired to continue the story of Mr. Pip from her own imagination. 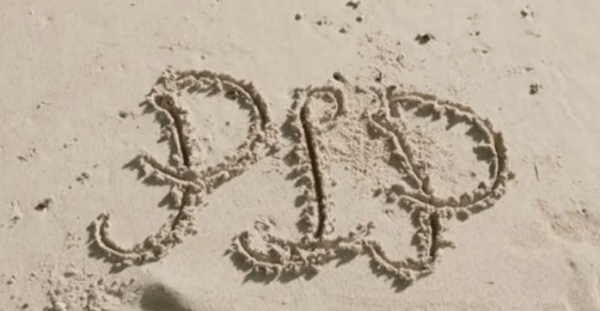 The most dauntingly beautiful scene within the film occurs at the point of realisation for Matilda, when she stands between the lead rebel and Mr. Pip, and must choose whether to escape her reality for a fictitious dream. Despite everything that has happened, Matilda remembers to follow the guidance of Mr. Watts and create a life she always wanted in Australia with her father.

The magnificent wide-panning shots of New Zealand and Papua New Guinea Islands of Bougainville, establish the perfect location and atmosphere to film the movie. Cinematographer, John Toon uses an Arri Alexa camera to capture each shot with richness and precision; producing a remarkable cinematic experience for the audience. The opening array of visuals surrounding the village from up high in the palm tree tops offered the audience the best view of the island. Whereas, the close up shots were more effective in the classroom and during the invasion to capture the confined space and limitations within developing countries and during times of war. 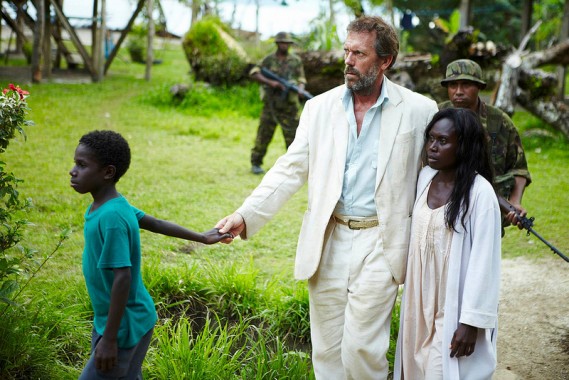 Tim Finn, composer of the original music and songs within the film creates a wonderful western overlay to accompany the emotional warfare throughout Mr. Pip. Having collaborated with Harry Gregson-Williams for score on the original soundtrack, both composers were able to incorporate elements of Bougainville to craft their own touching music and show the local people in their village embracing their voices in church choruses. In contrast, it was uncomfortable during the scenes of torture, where the audience cannot escape the sound of pigs gnawing on human flesh and the agony that accompanies a brutal death… (shudders in thought of this particular flashback).

The moving and brilliantly constructed film offers a memorable experience for the audience, whether you have read the highly praised book or not. Andrew Adamson does an excellent job at illustrating Llyod Jones powerful true story of the civil war between Papua New Guinea and Bougainville. With a stunning cast, including Hugh Laurie and first time appearance from Xzannjah, the film creates an authentic and heartbreaking portrayal of the 1990 blockade. It is from these tragic events, that the audience is able to understand the main message of the film; that you will never lose your mind and your imaginations in life and will always be able to create a new story of your own. I would definitely recommend watching the film and taking the time to read Mister Pip, as both stay true to the audiences great expectations.