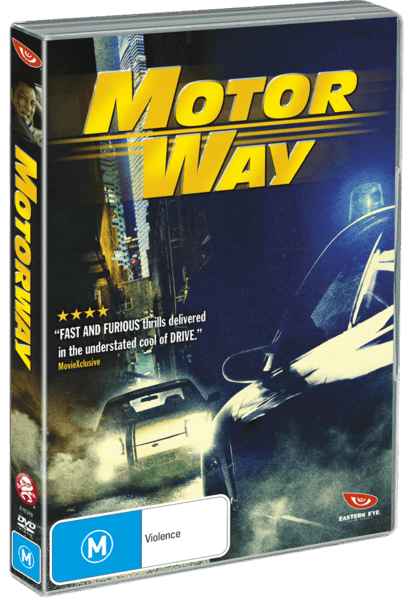 Motorway is the latest film from Hong Kong director Cheang Pou-soi, and sets to thrill its audience with fast paced vehicle pursuits. The part crime-thriller, part racing, and part action film has the potential with its multilayered genres and its two experienced lead actors; the film is aiming to be more than the sum of its parts. But does it live up to its daring premise?

Motorway’s story is one that we’ve all seen and hear before: a rookie cop must team up with a veteran officer in order to solve the crime at hand. Nothing new here, however unlike most films with this same-old clichéd setting Motorway takes place on the fast passed streets of Hong Kong, on the motorway (hence the title). 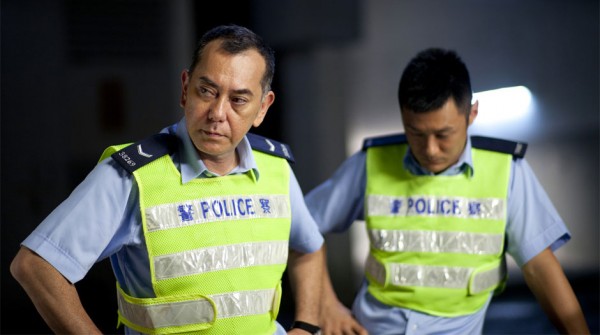 Cheung, played by Shawn Yue, “the rookie cop” is a motorhead and is part of an elite undercover police unit that specializes in high-speed chases. His partner Lo, played by Anthony Wong, “the veteran officer” is a retiring cop who’s seen and past the best years of his career. After a criminal breaks out of prison thanks to the help of legendary, underworld getaway driver Jiang, played by Guo Xiaodong, the two unwittingly team up to catch the crooks. But again, haven’t we seen this before?

Let’s face it Motorway’s plot isn’t at all original, but then again that’s not the main reason why we’re here. As it so boldly states on the box, motorway is what we came for and motorway is what we get. From the very first few starting minutes of the film, we are treated to a delightful action packed high-speed chases down (you guest it) a motorway.

From here on in, the story only real purpose is to set up the next chase scene, which there are many in the film. Down the mountains of Hong Kong, down the alleyways of Hong Kong, through the city central of Hong Kong and well you get the picture. While the action is deal with so well in the film, other aspects i.e the plot are sourly lacking.

For no reason, as it’s unexplained in the film, the two baddies Jiang and the guy he busted out of prison, are betrayed by their criminal gang leaving the duo to conduct the diamond heist by themselves. The diamond heist? Oh yeah about that, it’s the whole reason why Jiang broke out the guy from prison in the first place. It’s not really well explained. 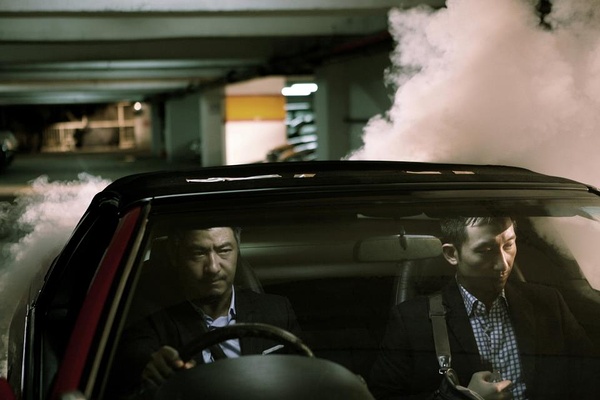 Now while this may seem all a bit silly, the film is acted incredibly straight. While in a western film with a similar premise would have the odd tongue-in-cheek gag or joke (the entire Fast and the Furious series I’m looking at you). In Motorway these moments are virtually non-existent, the film is played dead set seriously and as such can get away with the simplistic plot because it’s so genuinely acted out, there are no cheesy performances here. This is a hardball cop drama; that is while you’re watching. As you steep away from the onscreen sensory assault, there are moments that stick out like a sore thumb.

Of particular note is when Cheung loses the legendary getaway driver Jiang for the first time, due to a sharp 90-degree turn in a very narrow alleyway that he couldn’t pass. The premises is silly to say the least, why couldn’t he just go around the block and cut them off when they get out of the alley? 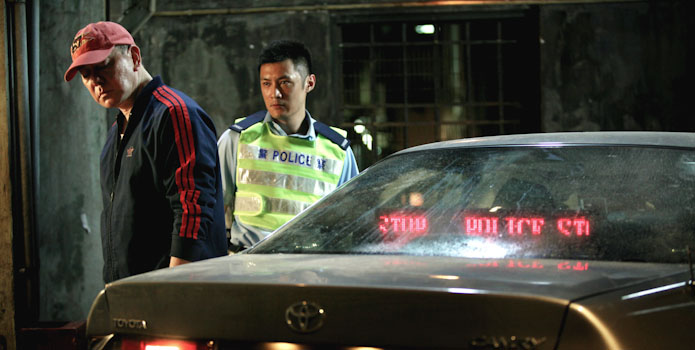 Yet this difficult challenge of turning his car on a sharp 90-degree angle becomes a major plot point later on. In any other film this premises just would simply not work, yet in Motorway because of it’s straight delivery it somehow works – though it’s completely predictable of where and when Cheung will use this mastery of the 90-degree turn * cough cough * the very last chase scene.

It’s moments like these when you release the vast plot holes within the film. And while we are taken for a thrilling action packed ride and are willing to suspend our disbelief for the sake of entertainment, just please don’t treat us like we’re stupid. Many things within Motorway are left unexplained or just glossed over as we are then quickly cross to another exciting chase scene. 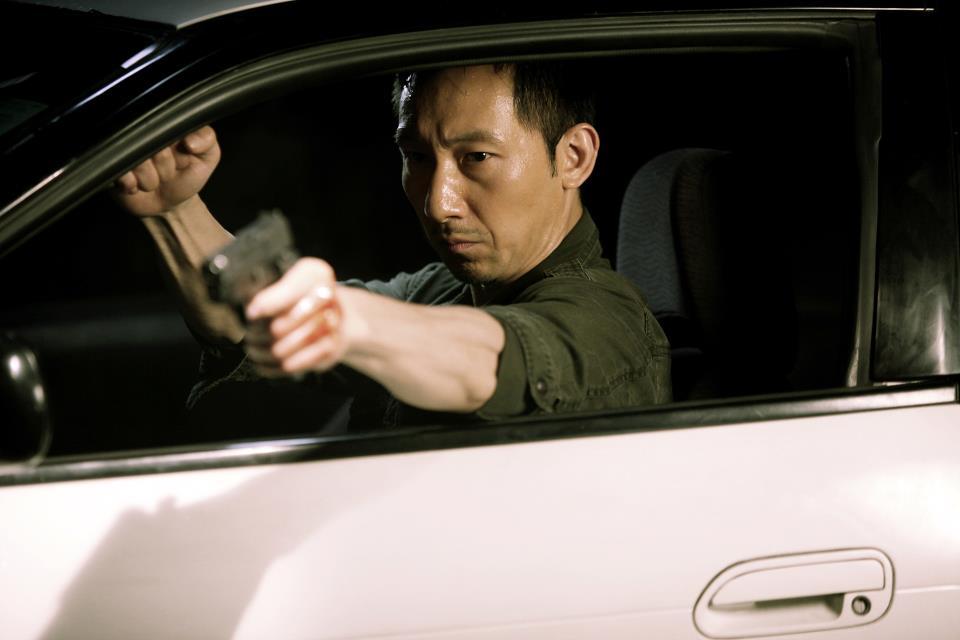 Much of Motorway is set during the night and as such the City of Hong Kong is a standout with its bright lights and unique cityscape. The film is shot as you would expect standard camera set ups and all that jazz; that is until the chases sequences, which if you haven’t caught on by now, are a many. The highlight of the film is the extensive chase sequences.

Camera angles constantly switch positions in a frantic yet non-disorienting way and slow motion is used stylistically to emphasis the stunts. The chases themselves are highly entertaining to watch, though they can get a little confusing to watch as later chases sequences in the film are too dark and it’s often unclear which characters we are following. But If Motorway gets one thing right it is the car chases. 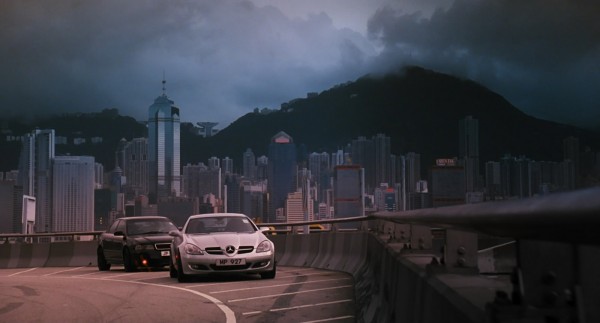 The sound of the cars is evidently present within these sequences, audio is top notch as you would expect. As the movie is set in Hong Kong, the characters speak (mostly) Cantonese. Don’t worry if you’re not a native Cantonese speaker, the film’s English subtitles work fine with a hiccup.

Now for the real disappointment, there are virtually no extras to be found on the DVD apart from Motorway’s theatrical trailer and a few other Madman Eastern Eye films. It’s a real shame as it would have been good to have seen a behind-the-scene making of the stunts and chases sequences, which are just so good in the film.

While Motorway has moments of greatness these are unfortunately muddled in an overly simplistic, yet very well acted plot. Hong Kong cinema is renown for its quality action films, from crime-thrillers to kung-fu movies, yet Motorway does not live up to past classics.

While it has some fantastic chase sequences, heck the whole film is based around them, it’s story is predictable and one that we’ve previously seen many, many times over before. The fast cars and action may allude some viewers and get them across the line, Motorway is trying to do too much at once and as a results falls flat on it’s bland plot.