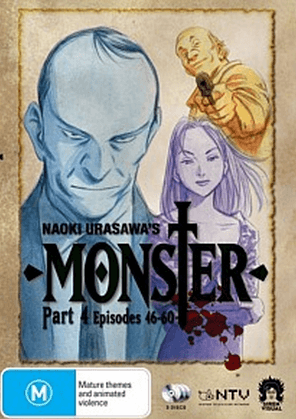 Overview
At this point I don’t think there is any question about it, Monster is one of the greatest works in anime history. Having followed this series from the very beginning and reviewing each and every installment to date, I still find myself astonished that this series still surprises and captivates me just as strongly as it did from the very start. It is a testament to the skill of Naoki Urasawa as a writer and a credit to Madhouse studios for the phenomenal job of adapting this series into anime form.

Equally worthy of praise is Siren Visual, the only anime company that has the guts to release a series like Monster. In an industry that chooses to release series like Vividred Operation while allowing classics like Outlaw Star go out of print, a company like Siren Visual is one anime publisher that champions offbeat excellence. With series like Chihayafuru, Dennou Coil, Night Raid 1931 and of course Monster in their catalogue, Siren Visual are giving us the anime that no one else is brave enough to. After watching all of those series and reviewing them, I can say without a doubt the industry is for the better because of Siren Visual and now at the penultimate release of Monster, that rings more truer than ever. 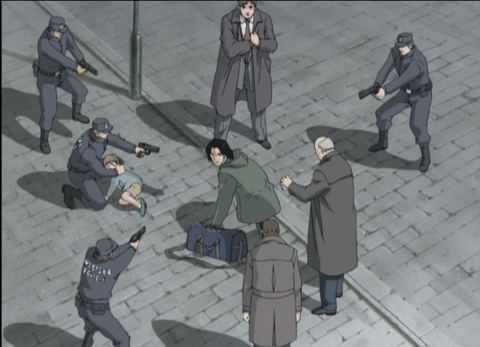 Story
Part 4 picks up where we left off in Part 3 and it dives deeper into the cascading mysteries that have been mounting since we first began this journey with Tenma. The plot takes a turn for the grimmer (pardon the pun) and alongside the characters we come to uncover some things that could change the entire landscape of the series forever. The pieces are in place and as we head towards the climactic final stretch, it is only a matter of time before someone moves in for the checkmate.

While the focus remains on fatefully intertwined Kenzo Tenma and Johan Liebert, this particular portion of the series sees a greater focus placed upon Detective Lunge, whose investigations unravel deeper and darker truths then even he could plausibly have imagined. His character remains the wild card in the mix for Monster and where he will ultimately end up is a major point of interest going into Part 5. It is hard to not feel that he may be playing Icarus here and flying a little too close to the sun, but the same could be said for Tenma as he relentlessly seeks to course-correct and untangle this complex web he has found himself wrapped up in. 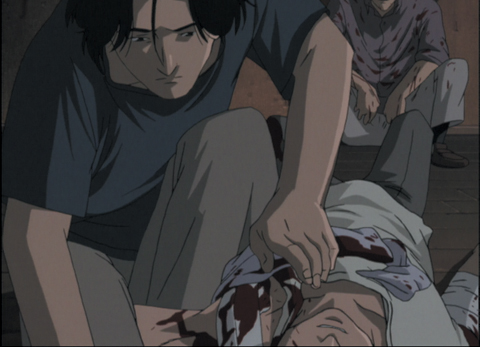 There is a genuine sense of dread underlying all proceedings but it wouldn’t quite be Monster otherwise now would it? With all of the pieces in this game of chess converging on the king, the final plays are being set in motion, what lies after checkmate though, may not be victory, but instead just an end. In the face of sheer darkness there is no room for victory, likewise there is no room for defeat.

This game that started with one surgeons fateful decision will come to an end. It has been a tale written in blood and with this penultimate release, Monster sets the stage for its final act, all that is certain is that this story must come to an end, the question is: what will that end be? 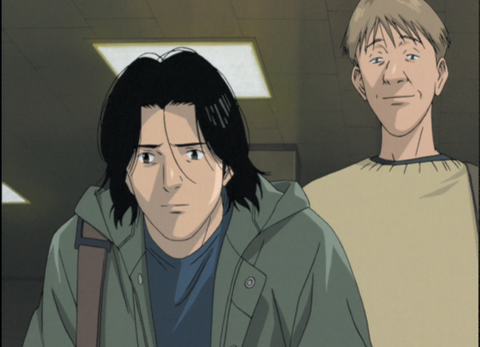 Visuals and Audio
Stylistically Monster takes some darker turns in this release, with the colour palette taking on some harsher shades as we progress deeper into the abyss as far as the story goes. As with every release to date of Monster, the art and animation has remained consistently superb. While it may seem a little dated to some, the style of Monster ensures it is visually timeless. The aesthetics of Monster convey unbridled despair while also giving off an air of hope underneath it all, perfectly encapsulating the spirit of Monster.

Much like the visuals, the audio side of things remains consistently strong through Part 4 of the series. The English dub hits some high points with the performance of Lunge proving to be truly chilling in this portion of the series. Of course Liam O’Brien remains the stand-out with his captivating portrayal of Tenma. There is also the Japanese original if you are so obliged.

Extras
As it was with previous releases of Monster there is not any additional special features on this Part 4 release. While bonus content is always a positive addition to any anime release, Monster is a brilliant series in every regard and holds up as well worth the price point for the episodes alone. This is a must-have release with or without special features. 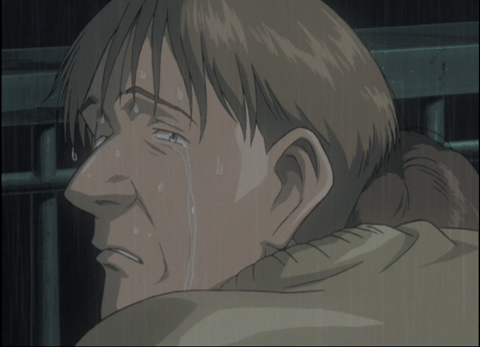 Overall
With Siren Visual’s spectacular penultimate release of Naoki Urasawa’s magnum opus Monster it proves once again that this is series is an anomaly in anime history. A series so special and so unique that there is nothing like it, let alone on the same level. The story being told in Monster is one that will go down as an all time great in anime. This is the kind of brave storytelling that you didn’t think we were allowed to see anymore. Monster is no-holds barred anime and Naoki Urasawa ensures that the dark twisted world of the series is one that you’ll never forget.

It redefines the anime medium in countless ways. The impact it has left can be seen in the series that followed it and have attempted to emulate it. Monster is a remarkable journey into the darkest reaches of the human psyche and the abyss that lies beyond its outer limits. The final trhilling act awaits us in Part 5 of Monster and following the shocking events of Part 4, I can hardly wait to take one last look into the dark world of Naoki Urasawa’s Monster as the forces of despair and hope come to a head. When the light clashes with the dark, the eternal struggle, can one ever win over the other? The answer awaits in one more dose of the unforgettable Monster. 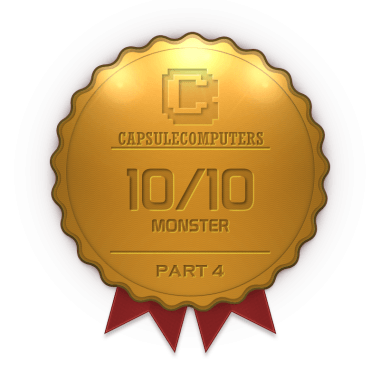