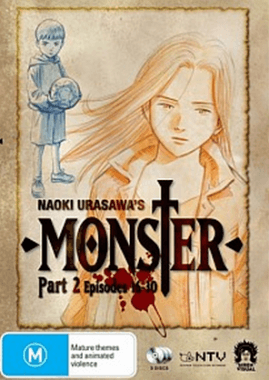 Overview
The grim tale of a monster and the man who saved him continues its brilliant run in Part 2 of Siren Visual’s release of the legendary anime series Monster.

What Monster accomplishes is simply unprecedented, 30 episodes strong now with Part 2, Monster does what few anime can ever hope to do, have a perfect run. There is no peaks and valleys here, Monster stands firmly in its excellence, never once dropping in quality nor faltering.

How can one series be this good? It is almost unfathomable how good Monster is. The real kicker is that Monster makes it look easy, almost as if story-telling on this level is mere child’s play. Naoki Urasawa’s Monster is a work of true genius. 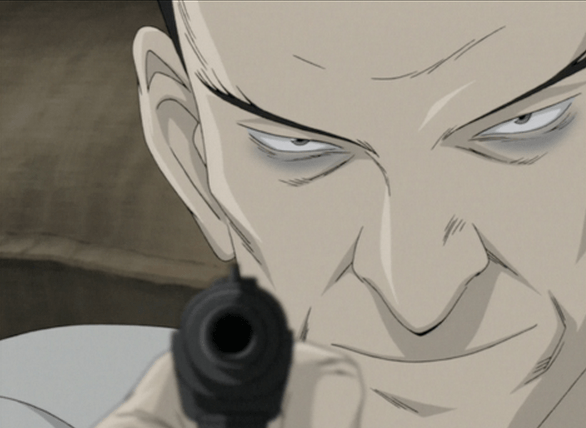 Story
Picking up where Part 1 left off, Part 2 dives head-first into the thick of things, with the bodies stacking up and the danger on the rise. Dr. Tenma and Nina are deeply entangled in a complicated web and the  titular monster Johan is at the center of it all.

The writing here is simply superb and the suspense is palpable. Urasawa’s mind works in some marvelous ways and the twists and turns this story takes is utterly jaw-dropping. The character development is likewise impressive, with the characters of Tenma and Nina continuing to grow as the series rolls on. Their emotions and motivations are well felt and natural. The relationships formed between the cast are all very organic and ring true every time.

There is something very special about the writing in Monster. Whether the episode concludes quietly or in other cases rather loudly, it creates a level of intrigue that is wonderfully addictive. You can’t just watch one episode of Monster, it won’t let you look away. The action playing out on screen is so captivating that the idea of turning away is a practical impossibility, you just don’t want to miss a moment of this series. 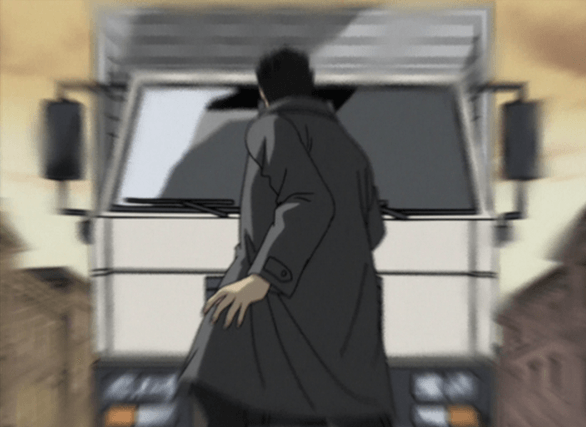 Whether it be the purposeful foreshadowing or the heart-pounding action sequences, Urasawa frames his story with a sense of purpose and meaning that few can. Every action, every reaction, there is so much food for thought here that its hard to not find yourself wrapped up in deep analysis on what you are witnessing here.

With this Part release of the series, the world of Monster is explored and expanded upon in great detail. The locales and the people who inhabit them, the organizations, the connections, all of it brings Germany to life and makes for a bustling world to set this mystery-driven tale in.

Much like Part 1 of Monster, Part 2 concludes in a way that will leave you salivating for more. The addictive nature of Monster is highly evident here and you’ll be left hanging on the edge of your seat until Siren Visual releases Part 3. It is simply astonishing how good Monster really is and that addictive quality is further evidence of that. Monster really is must-see anime. 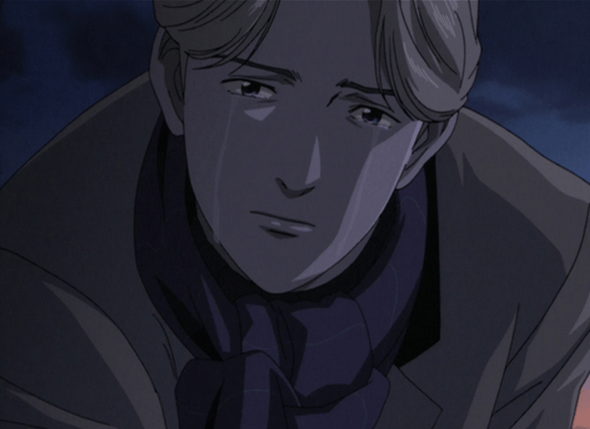 Visuals and Audio
Remarkably after 30 episodes, Monster still looks just as good as it did in its first episode. The grungy aesthetic holds strong as the series pushes on and gives the German setting a real gritty style to it that is quite simply unforgettable. There isn’t any other anime out there with a look like Monster and that is one of the reasons why it has become so iconic, the imagery and style is unlike anything else.

The soundtrack continues strong here, with precision timing on the incidental music giving the series just the right atmosphere and tone in all the right moments. It’s a great musical arrangement through and through and it is capped perfectly with the brilliantly brooding opening and ending themes.

This release (like the last) features an English language dub alongside its Japanese audio track. Both are great in their own rights and once more I really need to give props to Liam O’Brien for his performance as Dr. Tenma. He truly brings that character to life in English and stamps out a career-defining performance here.

Extras
Siren Visual’s release of Part 2 of Monster feels a lot like the first release in that its a rather bare bones release. It features episode 15-30 in both English dub and Japanese audio with the ability to marathon the episodes. It is a simple release in all regards, but in spite of that it is a truly important one. This series is one the all-time greats in anime history and the very fact it has received a release on our shores is incredible in and of itself. Despite the lack of special features, the series itself and the content of these particular episodes is absolutely phenomenal in every regard. 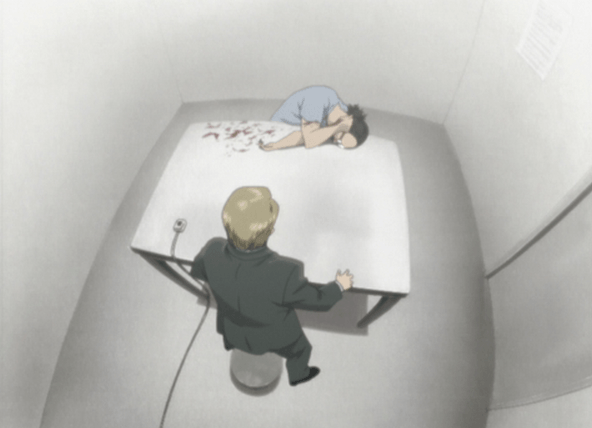 Overall
What more can be said about Monster? This is something that was unprecedented when it first aired in Japan and it is still to this day something that has yet to be matched. The quality of this series is utterly mind-blowing, it almost feels like cheating it is that good.

This is the benchmark that anime must be measured up to. Monster is a masterstroke from Naoki Urasawa and Part 2 of the series proves to continue the perfect run Part 1 set itself up for. So how can Monster be this good? Well it is a question that may not have an answer, put simply Urasawa’s creation is something special. There isn’t anything like Monster, it is a different kind of breed.

Monster is like rage and love got together and made a baby. It’s twisted, violent and cruel yet underneath all the darkness is a raw human soul constantly hanging in between life and death, holding desperately onto hope. There is something captivating about that struggle that hangs over the series, maybe there is monster in all of us? It is that central conflict that is a huge part of what makes Monster an anime that must be experienced. We all have darkness inside of us, some of us are just better at keeping our own monsters at bay.

Naoki Urasawa’s Monster is a monolithic anime series and it continues to shock, surprise and amaze. This is must-see anime. 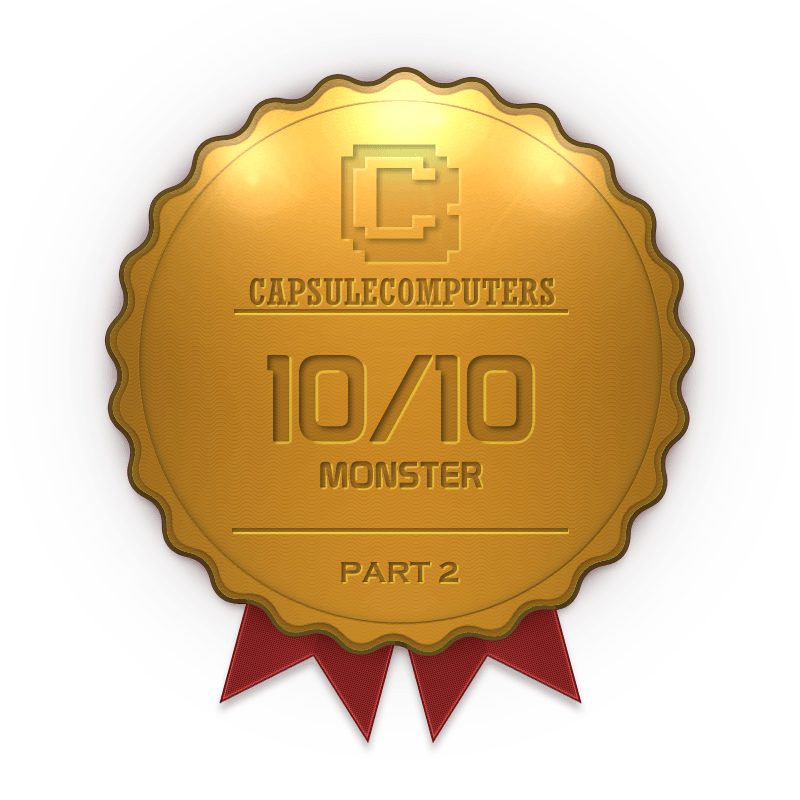