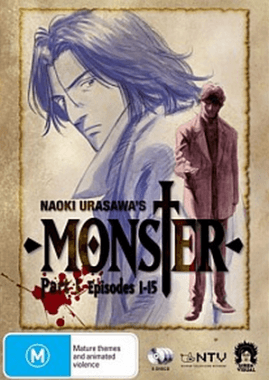 Overview
From the master of suspense, Naoki Urasawa, comes the ingenious thriller anime Monster. Unlike anything else in anime, Naoki Urasawa’s Monster is a different kind of beast.

Through Monster, Urasawa muses on the very nature of humanity in his exploration of the shades of gray that colour human morality.

Without a doubt Urasawa’s magnum opus, Monster is one series that simply must be seen to be believed. 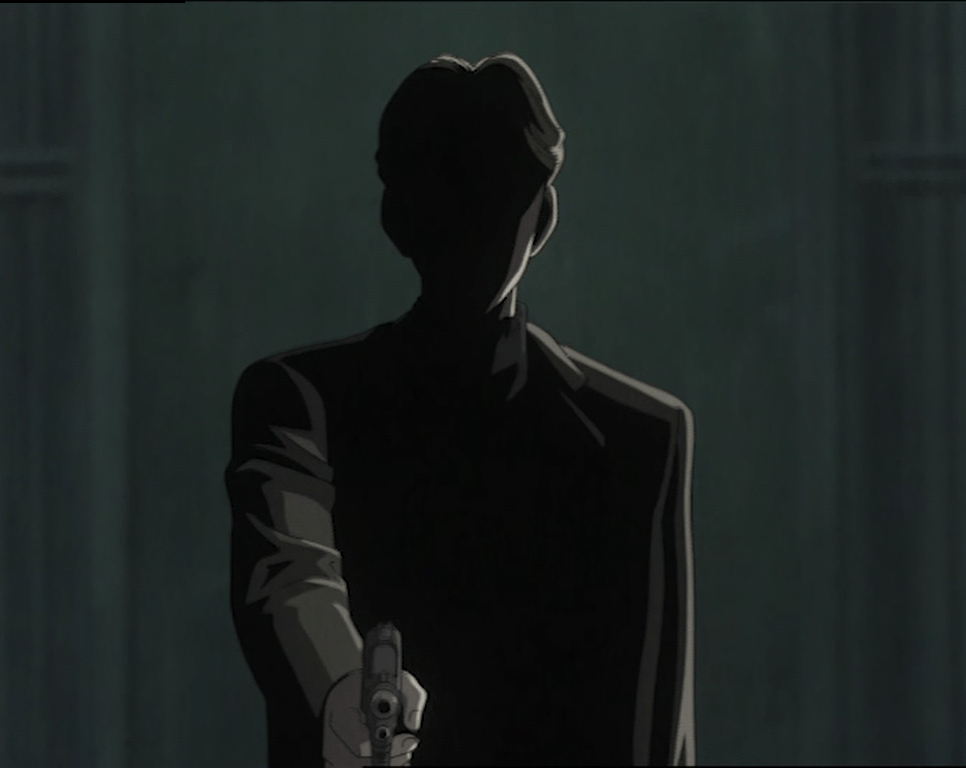 Story
Dr. Tenma is a brilliant Japanese neurosurgeon working in Germany. Feeling the pressures of a corrupt system that places the lives of patients second to personal greed, Tenma makes a fateful decision to save the life of a child. It is a decision that changes the course of countless lives. It is a decision that Tenma has to live with when the young boy grows up to become a killer.

It is one hell of a killer premise and Urasawa’s deft hands weave are complex psychological tale out of it. It is his knack for suspenseful pacing and rich characterization that carry the series from beat to beat. Underneath all of that is a cruel heart at war with a kind one. Urasawa’s twisted vision plays out like a conflict between light and dark set in the gritty backdrop of East Germany.

Monster really sets itself apart with a setting like Germany. It has a distinct look and feel that adds to the story in countless ways. There truly is no other place in the world that Monster could have been set, Germany is just too perfect a fit. From rustic to grimy, Monster’s Germany is one that carries a life of its own, everchanging. 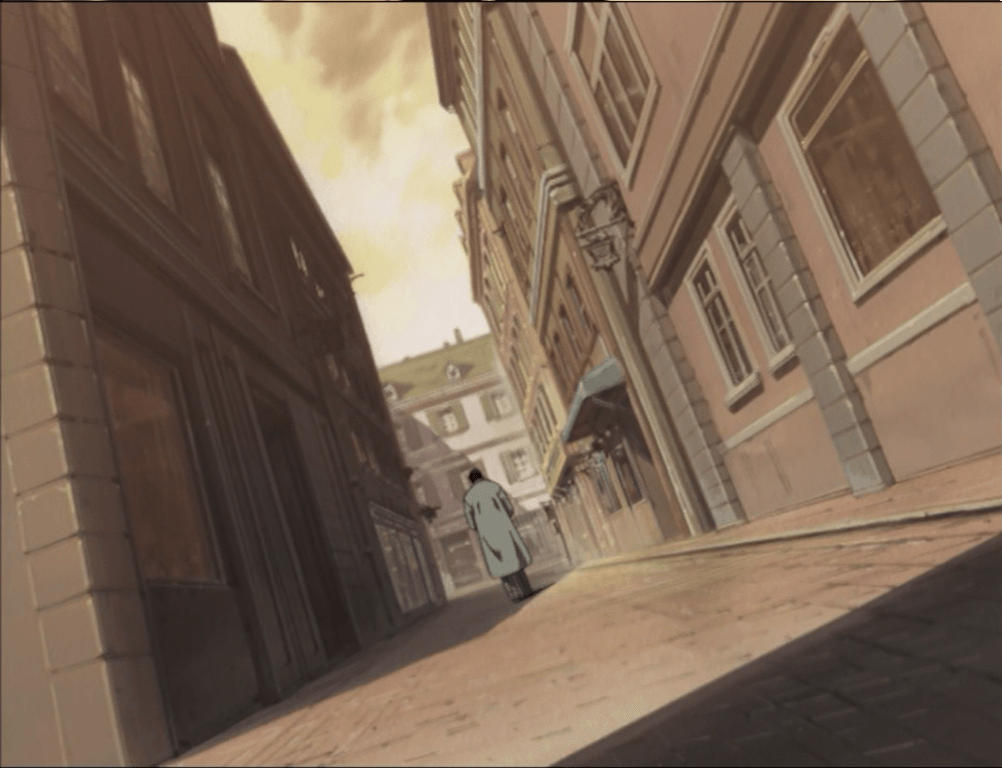 The titular monster, Johan Liebert, makes for a superb antithesis for our protagonist Tenma. Johan has no belief in the value of human lives, whereas Tenma believes all lives are made equal, even if that life is of a monster like Johan. The struggle between these two looks to be the foundation for the journey both of these men have set out on. Both owe a debt to the other, both see the world in different lights. It is an iron pillar for Monster to base itself around and their interactions are utterly thrilling.

Things become darker and darker with each passing episode and the tension continues to mount as Tenma dives deeper and deeper into the pitch black world he has now found himself in. Urasawa’s writing is simply superb and the pacing here is deliberate and suspenseful. The tale Urasawa spins with Monster is something that would rival the works of someone like Stephen King even. There is just something about Urasawa and his work that just won’t let you look away. It is highly addictive story-telling at its best.

This superb first part release features episodes 1-15 of the series. Over the course of this release we come to see Tenma set out on a quest to stop the monster he created in Johan. He is a changed man and as the series progresses there is no doubt that the more he uncovers about this world too cruel, the more he will change.

At its core, Monster is a series about life and death. The value of life and the meaning of death, these are the things that Urasawa ponders on and through Monster reaches profound answers. Monster is a special breed of anime and this is only just the beginning. 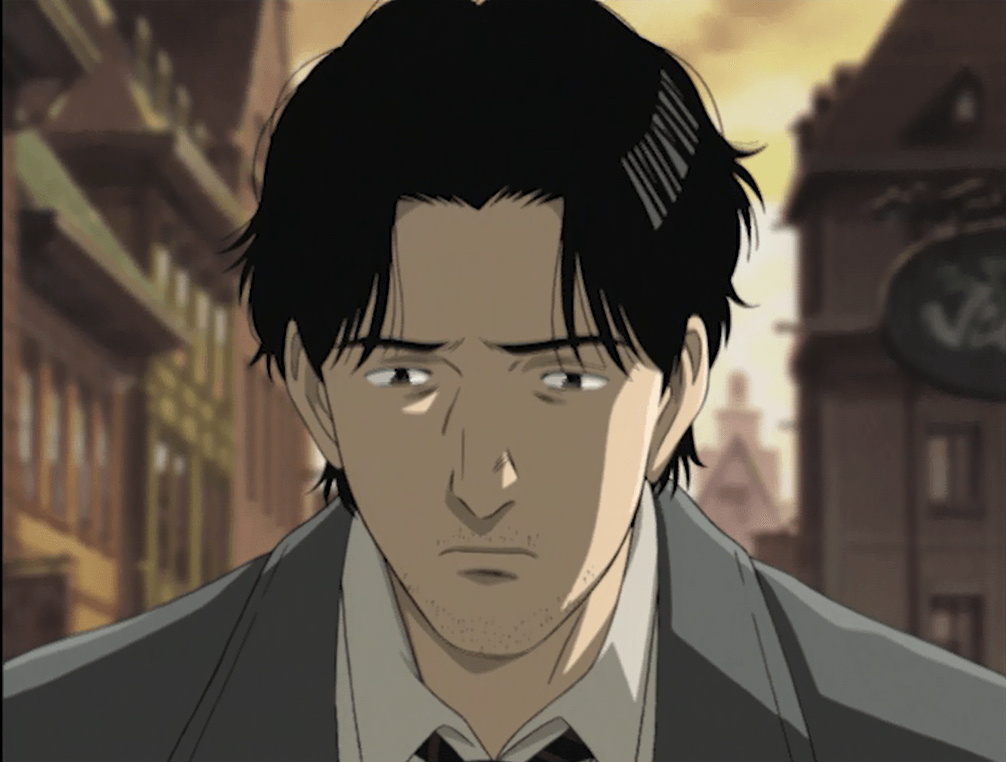 Visuals and Audio
Madhouse are renowned as one of Japan’s best animation studios and with a series like Monster, it is no wonder they have such a reputation. The colour palette used by Madhouse perfectly captures the tone of the story, with dark hues on display throughout. There are moments of brilliant cinematography such as in the first confrontation between Johan and Tenma, when Johan is blanketed in darkness, it conveys how consumed he is. It makes a perfect juxtaposition with illuminated Tenma. It is small touches such as this that are seen throughout the series. Meaningful artistic direction that gives the series its soul.

The score for the series is likewise excellently composed. Be it the tense incidental music that mounts the suspense with pin-point precision or the unforgettable haunting opening theme, Monster’s soundtrack is phenomenal.

This release of Monster also happens to feature an English dub from Viz Media. The dub itself is quite well directed with a solid cast that bring these characters to life in the English language. The release of course also features a Japanese audio track which is all kinds of brilliant in its own right.

Extras
Siren Visual’s release of Monster Part 1 is somewhat no frills. It simply features the first 15 episodes in both Japanese and English audio. This in and of itself should be commended. Despite the lack of extras for fans to sink their teeth into, Monster is a series that anime fans have desperately awaited to get a release for so long now that it is an impressive feat in and of itself to finally see this series hit our shores. The series itself is of course absolutely incredible and with a total of 15 episodes across 3 discs, this jam-packed release is well worth the price. 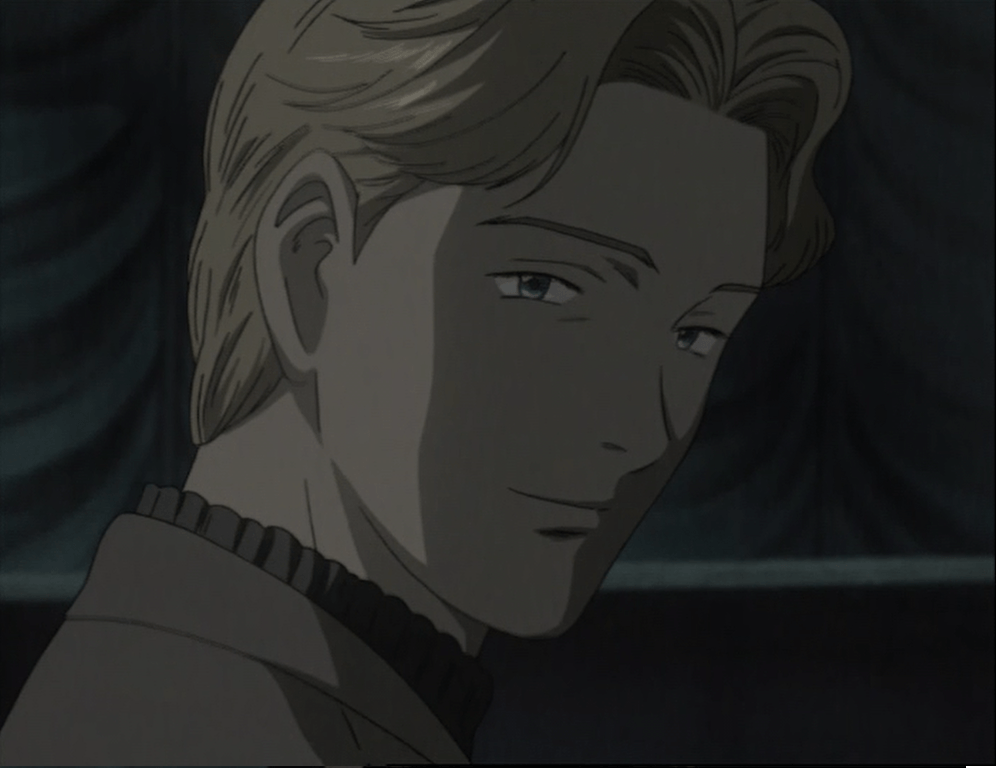 Overall
This may very well go down as the most important anime release in years. Naoki Urasawa’s Monster is arguably one of the greatest anime of all time and at long last it has finally seen the light of day outside of Japan in an exclusive Australian release from Siren Visual. Once again Australia gets a world-wide exclusive anime release and it is all thanks to the major strides made by Siren Visual in progressing this industry.

Monster itself is a masterpiece of anime and the crowning acheivement of Naoki Urasawa. It is dark, gritty, tragic and highly addictive. This is one anime release that you do not want to miss out on. Monster is the work of a mad genius and this journey into the deep dark abyss of insanity has only just begun. Unlike anything ever before, Monster is anime at its finest. 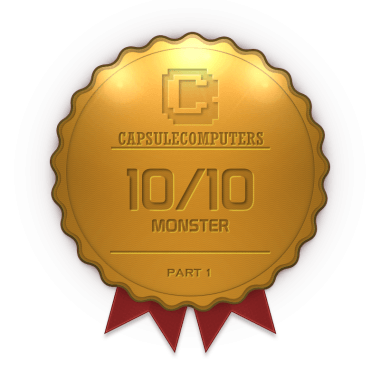