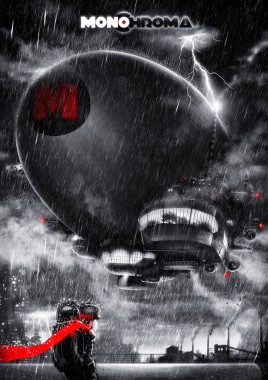 Monochroma is an atmospheric platform puzzler. Developers Nowhere Studios has drawn inspiration from Limbo and ICO in developing a tale about two brothers. Monochroma features a wordless story about love and sacrifice in a moody black and white world. 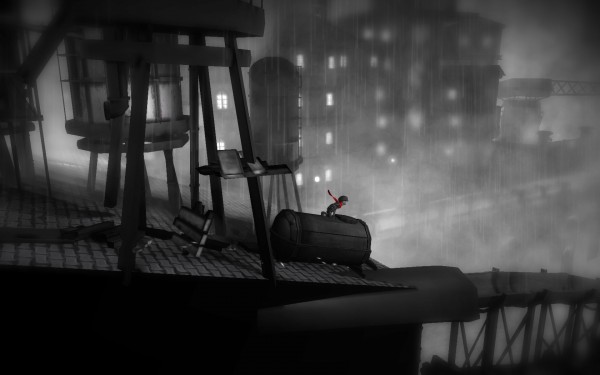 After an unfortunate injury, the main character is forced to carry his brother on his back. Their adventure will takes a dangerous turn as it becomes apparent that a mysterious company seems to be kidnapping children. The story in Monochroma is told without a single word. Everything is implied through the events of the game. I feel that this method of storytelling was not the right choice for this game. The physical burden the injured brother is on the main character is supposed to represent a sacrifice out of love for the brother. However, I found it difficult to build an emotional connection towards this brother when left to my own devices. Because to the gameplay mechanics and lack of opportunity to build a connection, the brother became an irritating nuisance instead of a treasured companion.

Monochroma is a puzzle platformer with a heavy emphasis on physics based puzzles and the mechanic of carrying the player’s brother on the back. While the brother is being carried piggyback, the player runs slower, jumps shorter, and weighs more. The player can put the brother down on the ground, but only in well-lit areas. This mechanic is actually not explained at all in the tutorial. The tutorial only shows how to put the brother down, but leaves the player to figure out on their own when and where the brother can be put down. 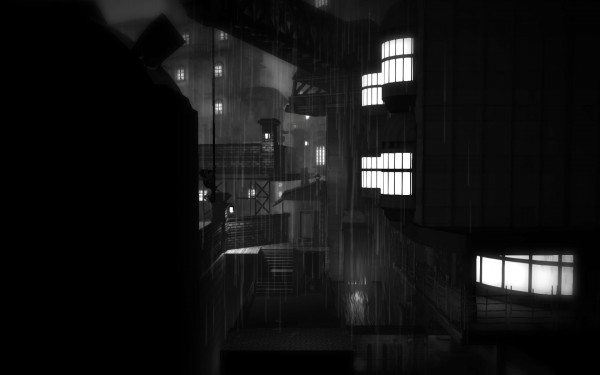 The heart and soul of Monochroma is the puzzles. Unfortunately, they are extremely bland for the most part, with a few sparks of brilliance that fall short of breaking the monotony. The difficulty is not hard, but the puzzles are poorly designed. Death can come from a variety of ways, such as falling too high, drowning, being crushed by heavy objects, and so forth. Unfortunately, falling from too high of a distance will happen often. Fall based deaths in time based platforming puzzles is pretty reasonable, if not expected in a game of this kind, but the mix of a low fatal fall height and sloppy level design leaves lots of seemingly unintentional areas where the player can accidentally go careening off an edge to an early death. To make matters worse, the physics that controls the behaviour of boxes in water is too sensitive. Unless the player stands in a small sweet spot in the middle of the box, the box will eventually tip the player into the water, forcing them to restart at an earlier checkpoint. Death can make solving puzzles meaningful and rewarding, but in Monochroma’s case, death comes too often in unintentional manners. To make matters worse, the game’s pace is already pretty slow, especially with all the deaths, but having the brother on the back just makes it plain painful. The player’s slow prodding pace from the checkpoint mixed with the lack of emotional connection to the brother often left me feeling hostile towards the kid. 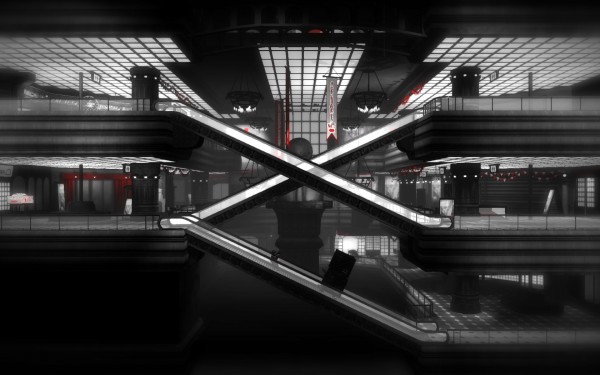 Controller fans should note that the game responds to controller input; however, it turned out it was impossible to actually use the controller in the review build. For some reason, certain surfaces did not react well with the controller, but were perfectly fine when using the keyboard. I probably should have taken the hint when the tutorial did not automatically switch to controller buttons, instead choosing to stick to keyboard controls.

The actual controls in practice were ok. For the most part, the game responds well enough to commands. However, the game is definitely not the shining example of the tightest platforming controls. There are times where small fiddly adjustments will have to made in puzzles because either the sweet spot for interaction is too small or the game seems to overshoot the controls a touch. 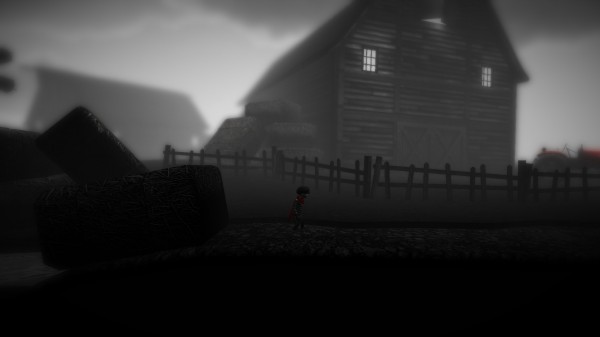 Monochroma is a beautiful game. The black and white world is broken up with the rare splashes of crimson red. The game has a great moody vibe. The loading screens are wonderfully retro, but some of the level transitions are very jarring. There were a few times I expected to continue moving through the level, but instead was hit with a loading screen.

I was a bit surprised to find Monochroma is a rather quiet game. For the most part, the only sound is the player’s footsteps and the rain. The sound effects are a bit of a mixed bag. Some sound effects are spot on, while others are extremely underwhelming. Music will play during particularly tense moments, creating some amazing chase scenes. When it does play, the music is wonderful, moody, and an absolute pleasure to listen. I only wish there was more of it! 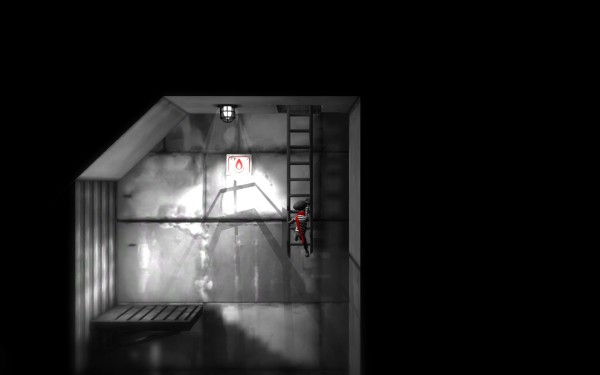 Monochroma is a well packaged game. The visuals are slick and the music is wonderful. However, the nice shiny packaging hides something much worse. The puzzles are mostly lacklustre and the level design is rather poor, resulting in unnecessary deaths and restarts. The brother game mechanic causes the game to drag even slower. The wordless plot is pretty forgettable, causing the intended themes of brotherly love and sacrifice to be mere shadows. Monochroma is just an underwhelming game.