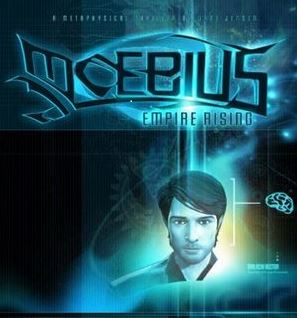 The title Moebius: Empire Rising alludes to a profound mystery within an ancient period. And that is the adventure gamers will embark on; with intrigue, puzzlement, thrills and the occasional sense of humour. Moebius: Empire Rising paves a way for the inner detective in all of us to sparkle on screen and create a riveting experience, driven by the eagerness to uncover the riddle. The question to consider is whether this mystery is worth the investment, or just another of Jane Jensen’s Gabriel Knight remakes for quest masters?

I wish every game had an intro e-comic. The short strip commences in South Africa, 1987, where we become acquainted with an extremely intelligent boy with photographic memory (IQ: 175), Malachi Rector. His mother, Isabel, on the other hand, is consorting with a man that is not her husband. On her way back home, she gets mauled to death by a lion (a cheeter would have been more appropriate) in front of her son. Several years later, in San Xo’an, Spain, 2013, Malachi is presented as an exceptional antique dealer, who uses his exquisite eye for detail to appraise whether valuables are genuine or fake. When Malachi’s results prove to be of conflict for the client, he becomes the target of three angry thugs. Needless to say, Malachi’s intelligence does not serve as armour for protection, so he spends a week in hospital for recovery. 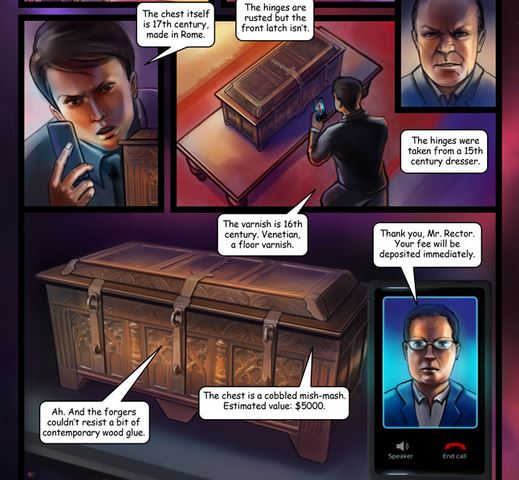 Malachi Rector showing off his magnificent skills and proving that the chest is not a genuine antique.

The story is divided into seven chapters, each with a different heading and location. The first chapter ‘Into Your Hands’ begins in Rector’s Antiques on 7th Avenue, Manhattan. Malachi; now an arrogant Xanax addict (for calming his panic attacks), returns from Spain to continue his business with Gretchen Stern, the strait-laced and quaint shop manager of his store. Gretchen informs Malachi about a wealthy man, Amble Dexter, who has requested a visit from the antique dealer. Malachi soon discovers that this new client is interested in sending him to Venice to investigate the recent murder of the young beauty, Bianca Cardolo for $50,000. Malachi agrees on the condition that Amble imparts information about the company he works for ‘FITA’ and the reason why Malachi was chosen.

What seems to be a fairly straightforward task turns out to be an ongoing investigation, which takes Malachi from Venice to Cairo, back to Manhattan, then Paris, Zurich and Qatar. In each location, Malachi is instructed to examine Amble’s selected candidates to determine whether there is any historical connection between them and a famous figure in history. The story progression is dependent on the player’s ability to connect the information with the clues to solve the puzzle. However, this becomes more difficult, when Malachi undergoes a painful awakening that his past may be associated with the Moebius Theory – repetitious patterns across history. 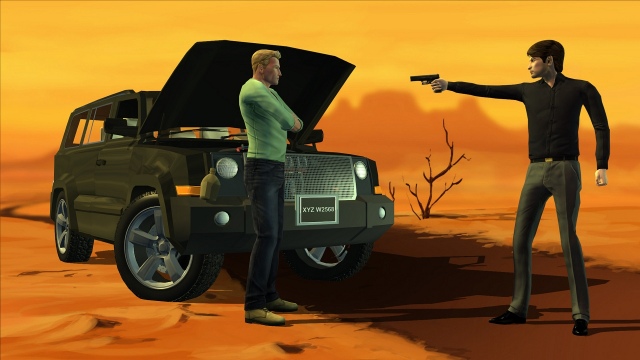 The most engaging aspect of the story is the development of characters, particularly Malachi Rector and his ex-military security, David Walker. While they are complete opposites, the duo manage to form an unlikely bond, like the savant and warrior, that serves as a ‘wheel-turner’ for both of them to carry forward and finish the mission together. An added bonus in the story, are David’s pun-driven jokes; “Why was the skeleton lonely? Because it had no body” and Malachi’s dry sense of humour; “Modern furniture in his apartment: Blessedly devoid of any history whatsoever.” Players will definitely enjoy the entertaining banter between the two and other characters, like Masri, who meet the scrutiny of Malachi Rector.

It was disappointing that there was no difficulty setting for the game, as players will find that it is particularly challenging (even with the in-game hints) to locate and make the correct analysis of important figures and antiques, essential to story progression. However, the point-and-click adventure instigates simple interface controls, for players to choose when to initiate conversation, interact with the world, collect items, analyse particular objects and people, and activate items in their inventory. 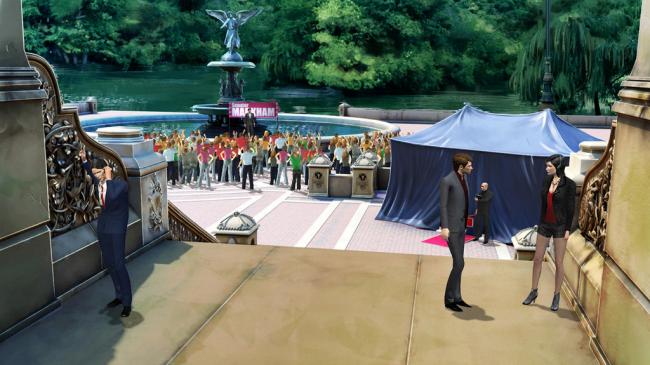 An interesting example comes from the third chapter, ‘When You Know Who I am’, when Malachi offers a teenage girl an MP3 player in exchange for creating a sexy diversion, so he can steal the VIP badge from the man on the phone. It was really helpful to be able to zoom in on new found items, as well as combine different ones to create new collectibles (e.g. Jumpropes and Hook). The key to completing the story relies on players keeping up to date with their progress on each of the candidates, checking their smartphone, the map, clues and hotspots to investigate.

The animated graphics are not as top-notch as expected, with more than a few noticeable glitches that tend to disrupt the intrigue of the story. For the most part, characters lip movements don’t carry their brilliant voices (great choice in voice actors) through properly and at times it felt like Malachi was looking away from the people he was interacting with. However, I did enjoy the visual display of Malachi’s thoughts of uncertainty as floating words, about whether he should act on confronting situations. In addition to the array of visuals, are several riveting cut-scenes across different chapters, which lead to major discoveries in the story.

Composer, Robert Holmes did a fantastic job with the score; mix and matching an uplifting western and classical theme of drama and suspense. The opening credits for Moebius: Empire Rising performed by Robert and Raleigh Holmes, is sensational and gives players more meaning to the game and the subject matter explored. 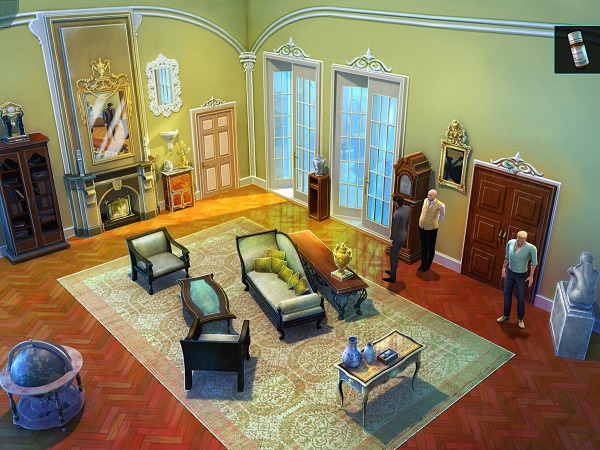 Moebius: Empire Rising is another fantastic ‘metaphysical thriller’ from the creative mind of Jane Jensen. While fans might feel the need to compare Gabriel Knight to the new point-and-click adventure, it is important to make a judgement of the game on its own accord. Moebius: Empire Rising is very well written story, with the right amount of depth needed for an engaging mystery. The flaws are quite minor (if you don’t mind animation jitters), in that the visual performance narrows down to the player’s system specs and monitor’s refresh rate. The verdict comes down to whether players believe they are skilled enough to invest into the Moebius puzzle!