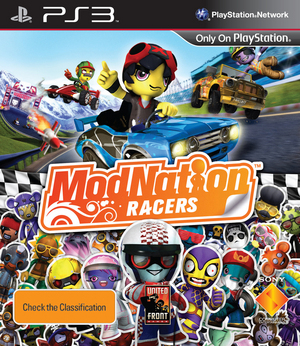 ModNation Racers is a kart racing game developed by United Front Games for the Sony PlayStation 3 and PlayStation Portable.  This is Sony’s attempt at a kart racing game, something that Nintendo has always had a monopoly on ever since the dawn of time with its Mario Kart series.  Other kart games have come and gone, such as Crash Team Racing, Diddy Kong Racing, Konami’s Krazy Racers, and most recently SEGA’s Sonic & SEGA’s All-Stars, there have been others but they all failed miserably and didn’t even make it past the finish line.  Now Sony has decided to throw their hat into the ring or should I say racing helmet onto the track to challenge and hopefully come first in what seems to be a one kart race in this genre.

I must say that ModNation Racers is great fun.  United Front Games have really hit the nail right on head when it comes to fun factor and also fast furious action on the track.  The karts in this game are great fun to control and extremely fast !!  The tracks are well designed and have wide turns so you can drift without having to worry about smashing into a wall.  It’s great to see that United Front Games have also taken into consideration the casual gamer who’s driving skills might not be great but at least they can hold down the accelerator and take corners full speed and not having to worry about hitting anything.  A kart game wouldn’t be a kart game without weapons, and let me tell you there’s some pretty cool power ups you can collect along the way.  Teleports that move you down the track, the good old boost pads that give you that shot of acceleration to shoot you into the lead, missiles that are similar to rockets that blow up your opponent’s kart into a thousand pieces, bolts of electricity and many more. One of the biggest selling points to ModNation Racers is it’s customization.  Initially when ModNation was first announced, a lot of people likened it to LittleBigPlanet where you could create your own levels and share them with the world.  Well ModNation Racers is no different.  Players will be able to design and create their own characters, vehicles and tracks in great detail.  With characters, players can modify clothing and their overall look, design their ride by coloring and adding decals and stickers.  Also the greatest part of the game is giving the players the ability to create and modify race tracks using the in-game ‘Track Studio” tool.

With the ability to do all this modification to your characters, cars and tracks is what sets ModNation Racers apart from the other kart games currently out on the market at the moment.  Just the thought of being able to throw together a racing track just the way you like it, with twists and turns and objects, buildings, trees and bodies of water literally within minutes, then with the press of a button upload it online for the rest of the world to download and try out is something totally remarkable. 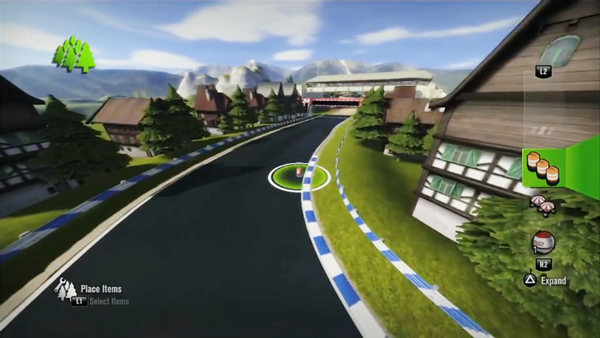 ModNation Racers has a comprehensive 28th track career mode which can be enjoyed offline where you take on the computer and unlock car parts, extras and mods for your character.   It’s a great offline experience the story is fun, the dialog is witty and well worth completing as it will give you that much needed experience when taking on the humans online. This is where all the fun in ModNation Racers is had.  Now you can still play offline and go old school and invite your mates over and enjoy four player split screen, but it’s best if you tell your friends to stay at home, and hop online where you can take on up 11 other racers and show the world who’s the king !!

Unfortunately ModNation Racers isn’t perfect, there are a few things we have to get off our chest.  For starters, the loading times !!  The initial load screen takes over 30 seconds to load up and I’m not sure why but load times when starting up tracks take from 15 seconds all the way up to 45 seconds to load up.  Some of the tracks are quite large but still with the processing power of the Playstation 3 I would of thought that tracks would load up faster.  Sitting around for the game to load isn’t the end of the world but it’s something we had to share with you all.  However once the levels/tracks are up they play with no lag or loss of frame rate. 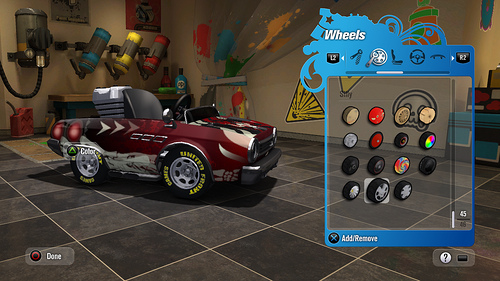 Also I have to say that the computer racers/A.I. are brutal, but this is always the same with every kart game out there on the market.  You can never take the lead and stay there indefinitely.  It’s just the nature of the beast.  When you have weapons at your disposal you will always have that target on your back when you’re in first place.  Losing the lead will always happen, you have to grin and bear it. Dust yourself off and get them back and hope that you make it over the first line in first place.  The computer opponents are extremely cunning on the harder levels but let me tell you that it takes a lot of will power not to throw that controller across the room when you’re just about to cross that finish line when BAM your hit with a rocket and by the time your back in the race 3 or 4 other racers have crossed over the line before you.  Oh well that’s that kart racing for you.

One other thing that we all have grown to love in Kart racers is that you get to experience tracks and levels inspired from that specific platform.  Nintendo do this quite well with tracks that have their trademarks such as racing through and around Princess Peaches Castle or in and around Bowers fortress, unfortunately we don’t see any of this in ModNation Racers.  Sony have announced that downloadable content will be available down the track. This will include, Nathan Drake from Uncharted, Kratos from God Of War Sackboy from LittleBigPlanet and many more.  What would be great is if United Front Games also include tracks with a God Of War or Uncharted theme as DLC, this would be just what the doctor ordered and get the fans even more excited. 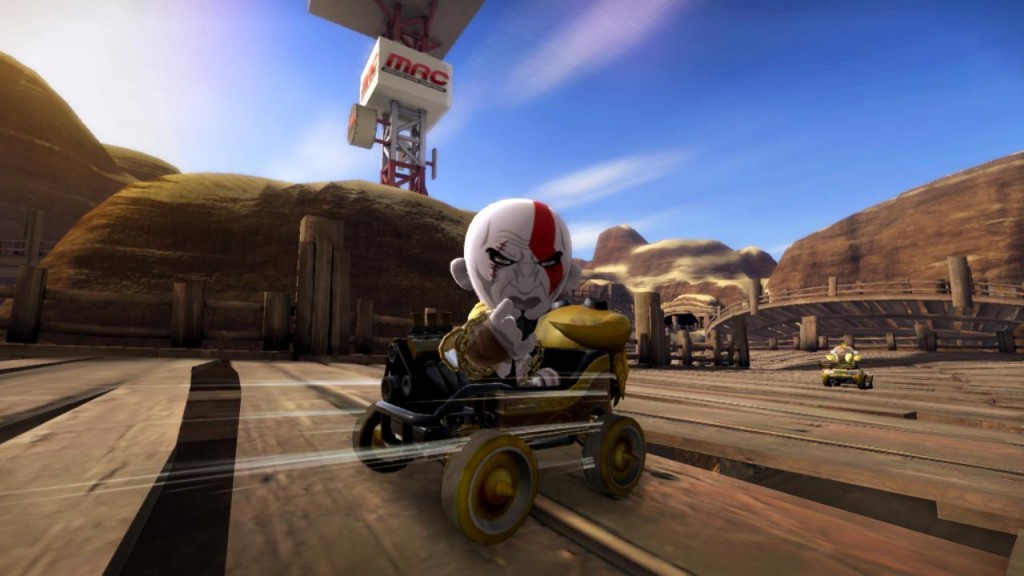 ModNation Racers is a solid kart racer with a great control system and a truckload of Mods available to it.  United Games Front and Sony have done a fantastic job at brining the fun back into Kart racing. If you love fast furious kart racing action, with the ability to modify and create your own tracks, then look no futher ModNation Racers is the game for you.