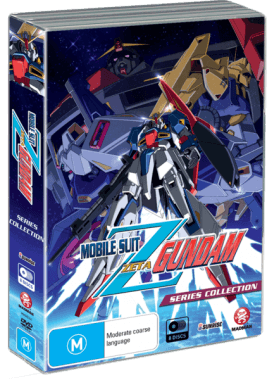 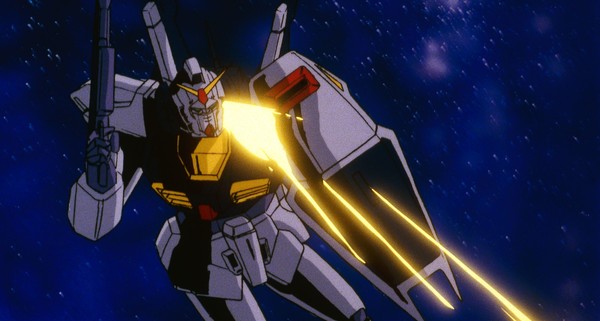 Story
Zeta Gundam takes place in the year 0087, seven years after the conclusion of the original series and the One Year War. Director Yoshiyuki Tomino brilliantly turns the series on its head by holding a mirror up to the good guys. The dictatorial Principality of Zeon, who fought for the independence of the “spacenoids” from Earth, all but collapsed. With virtually no opposition left, the Earth Federation now rules with an iron fist and cracks down on Zeon remnants using the elite yet cruel counter-insurgency unit called the Titans.

Anti-Titan sentiment builds to form the core resistance, the Anti-Earth Union Group or AEUG. Paradoxically, this insurgent group are now the heroes of Zeta Gundam. The members? Among other familiar faces, former Earth Federation captain Bright Noa who now helms the AEUG’s Argama flagship and Char Aznable himself who goes by the alias Quattro Bajeena. 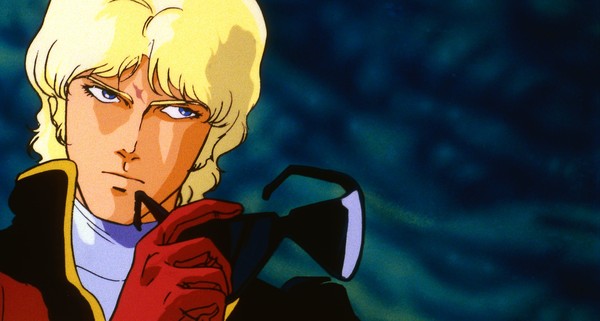 But Kamille Bidan is our star pilot this time, a troubled civilian on space colony Side 7 who hates the brutal Titans with a passion. Soon enough he ends up in the latest Gundam model, the Mk-II and later in the series he manages to get his hands on the titular Zeta Gundam itself. Legendary pilot Amuro Ray makes an appearance too in a more modest mobile suit and this is where Zeta Gundam becomes unique. We have two generations of pilots fighting, bonding and arguing together. Kamille is a fierce main character. I actually like him a lot more than the typical hero pilot like Amuro.

The usual cat and mouse game begins between the AEUG and the Titans, with the Argama ship led by Bright Noa fighting on Earth and in space. Already viewers will notice this series is so much tighter and darker than its predecessor. The whole tone is one of a proper space opera. No one is smiling, this is war after all. It becomes even more darker during the turning points of the 50 odd episodes. 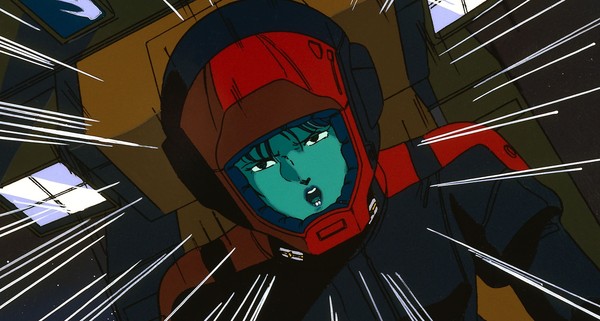 The appearance of genius villain Paptimus Scirocco from the Jupiter Energy Fleet (that’s right, this guy comes from Jupiter) throws a fascinating spanner in the works that becomes even more sinister when Haman Karn, the leader of a resurgent power known as Axis Zeon, starts a three-way war. She plays a much larger role in the next installment which strangely hasn’t been released in Australia as of yet.

Although it is a little bit slow midway and at times depressing, the narrative of Zeta Gundam is a treat to follow especially towards the end when you have no idea who is going to win between the AEUG, Titans and Axis forces. 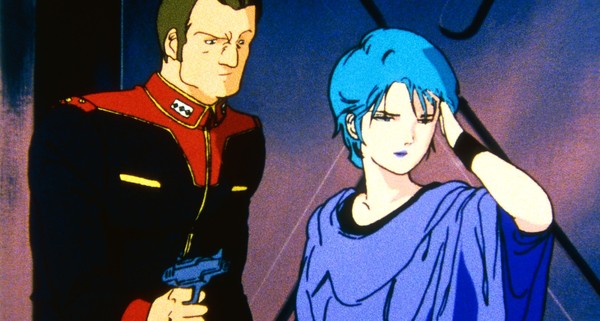 Visuals
The animation here is quite typical of an anime from the 1980s, a little dated and smeared when you’re viewing it on your brand new 50-inch HDTV. Although I found it was a huge improvement over the original series with its very crisp art. It’s clear that the budget increase helped make Zeta Gundam a huge success all those years ago, especially considering the original had its broadcast cancelled and the episode count limited to just 43. Zeta can be considered to be the first, properly made Gundam TV series that garnered critical success.

The colour palette is a lot darker this time around as a large portion of the show is set in space and the atmosphere is grim and, at times, depressing. That’s not to say we don’t get vibrant mobile suits and stark character designs, though. Zeta Gundam is still interesting to watch thanks to the art and character design. 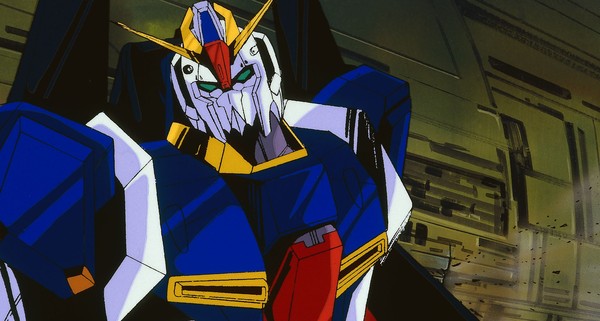 Audio
By far one of my favourite aspects of this series was the classic, almost retro music and sound effects. The soundtrack oozes of atmosphere; orchestral melodies and synth tunes set to dark space opera mixed with glory and tragedy. A huge contrast to the pop-centric soundtracks these days. It’s all very typical of the 80s too which is a good thing.

Rather than using the original Japanese songs, the first opening theme is a grand instrumental piece with sound effects included. Surprisingly it works very well as the music is part of the sound track and fits show perfectly. The ending piece is a laid back instrumental tune which is a little boring. It is a shame we don’t get to hear the lovely songs from the original Japanese release but it must have something to do with licensing issues overseas. 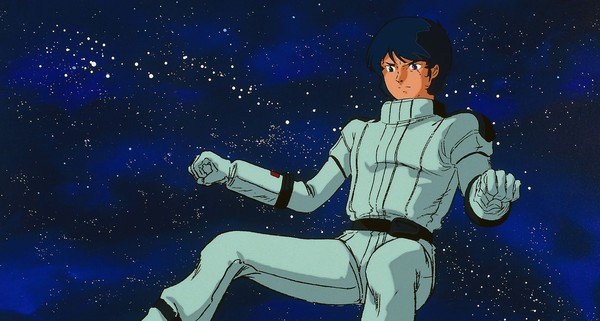 Voice acting is spectacular from the Japanese dub while the English voice actors do their best to make a pretty good localisation, helping set the serious-business tone of Zeta.

Extras
The 50-episode series is packed onto 8 discs which are unfortunately without any extras. However, considering Madman previously offered this series (along with their other Gundam titles) in two halves priced at $59.95 each, these new complete collections are a welcome move and an absolute steal. 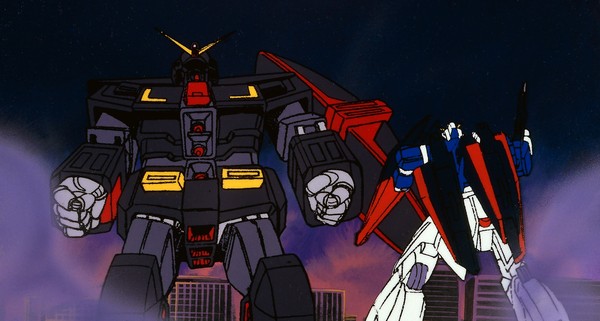 Overall
Say what you will about the original 1979 Mobile Suit Gundam, but this is a rare case when the sequel excels on all fronts. Zeta Gundam is an intense voyage where the moral line separating good from bad is all but erased. Depicting the Earth Federation acting just as bad as Zeon did in the original series was a genius move by Tomino. This is how war should be depicted where, at the end of the day, everyone is seeking to gain power.

It’s a lot more intense, action-packed and emotional than the original Mobile Suit Gundam and, quite frankly, a superior product overall. However, you need to have an understanding of the original show and what happens during the One Year War and it suffers from dated animation by today’s standards. But there are hardly any decent anime space operas around these days and this just happens to be one of the better ones.