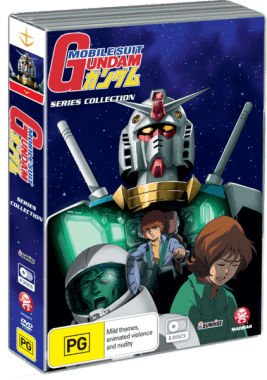 Overview
Since the late 1970s the venerable Mobile Suit Gundam series has been ever-present in the anime industry and is widely known as the flagship of the “mecha” or giant robot genre. Although it’s important to note that the early Gundam broke away from the over-the-top “super robot” genre and grounded itself in gritty, military reality. Even today in 2014 we have the latest Gundam Reconguista in G currently airing alongside new generation mecha anime.

Simply titled Mobile Suit Gundam this is the original series and where it all began for the franchise’s popular Universal Century timeline, recently culminating in the Gundam Unicorn OVA episodes. Has this museum piece aged gracefully or should only fans wearing rose-tinted goggles apply? Thanks to Madman’s newly-released collection boxes, we feel it’s high time to revisit this classic. 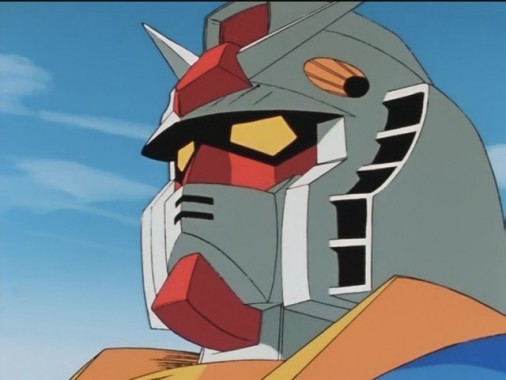 Story
The narrative of the original Gundam has all the hallmarks of a classic space opera. The year is 0079 of the Universal Century calendar, a new age that was meant to see humanity cast aside the shadow of our tumultuous A.D. era and to expand the population into space colonies orbiting Earth. However not all went to plan. The “spacenoids”, led by the Principality of Zeon, declared war on the Earth Federation in a bid for independence sparking a conflict known as the One Year War.

The plot is centered on space colony citizen Amuro Ray as he stumbles across the Federation’s new secret weapon, the RX-78-2 Gundam before joining the crew of the White Base spaceship. From here it’s a journey across continents and space as Amuro vies with a Zeon rival pilot, Char Aznable, and copes with his own fears and doubts. The relationship between Amuro and Char is key to the story as the two encounter each other on the battlefield time and time again. 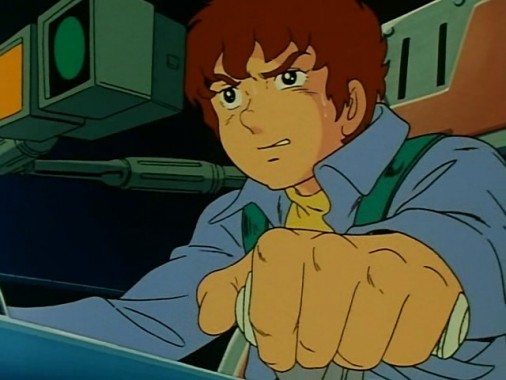 Char’s point of view to the story is fascinating on its own. Known as the Red Comet for piloting fast, red mobile suits, the young tactician’s motives are at first unclear while he pursues Amuro and White Base with a fevered obsession. While fighting for Zeon, he shows disregard for its leadership and openly mocks the ruling Zabi family.

If you’ve seen a Gundam anime before, particularly Seed, then the overall structure of the narrative will be familiar. This is after all the foundation of the recurring theme in the franchise. Though simple, the message is powerful. They say that media are a product of the age they are made in and Mobile Suit Gundam isn’t any different. 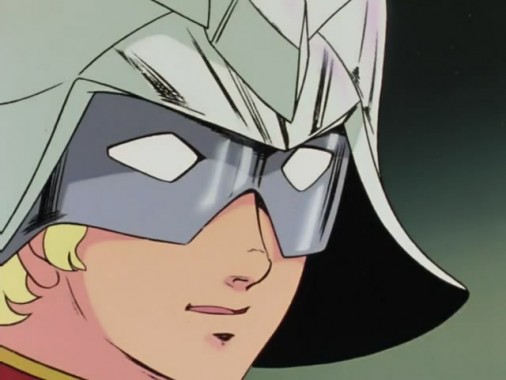 This series was created in an uncertain time when tensions simmered between the United States and the Soviet Union. The Earth Federation and Zeon are loosely modelled after two major superpowers. The creator Yoshiyuki Tomino saw the futility of conflict and so the blame of the One Year War is hard to pinpoint and no side is truly clean. This truly is a story of politics and ideals as much as it is about waging war with giant bipedal machines.

The result is a tale that’s actually pretty simple on one hand, as if Sunrise were testing the waters with the boy-in-robot concept. Whilst they kept in mind the young target audience, the show overflows with purpose and emotion. 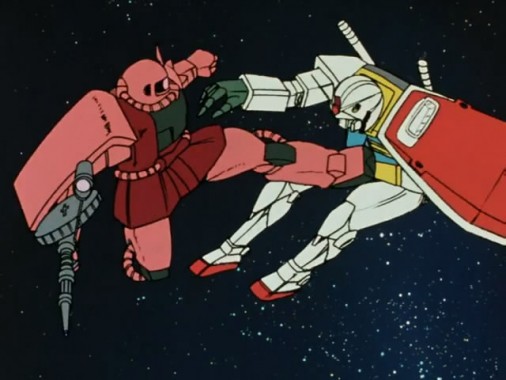 Visuals
The animation in Mobile Suit Gundam is jarring to say the least. Despite knowing and understanding the fact that this was made 35 years ago, it’s still hard to get used to. It’s almost impossible to recommend all but the most committed newcomers to the Gundam franchise to start in chronological order thanks to the rough animation of this series. Colours often cross lines and robot limbs bend at impossible angles

Characters, however, are distinct and memorable with each of the Zabi family suitably menacing, Amuro plain yet heartening and Char’s iconic mask and outfit being the highlight. 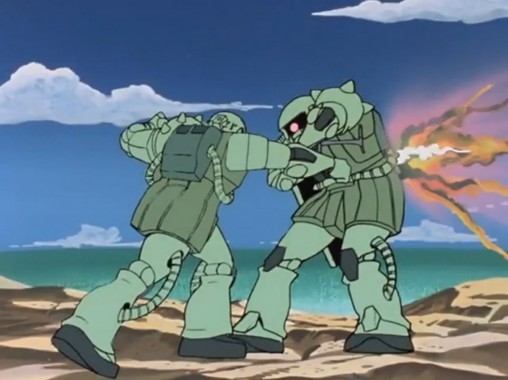 Audio
Mobile Suit Gundam is a great example of sound in classic anime. Everything from the iconic background music, cheesy sound effects and stellar Japanese voice acting performances from each cast member helps prop up a very old anime. Although the experience is lessened a little in English since dubbing quality wasn’t a huge priority for this release, it’s perfectly watchable in both languages.

The opening theme “Fly! Gundam” by Koh Ikeda as well as the ending “Forever Amuro” are a blast from the past with the booming male vocals which are a lot of fun to hear, if a little lacking in the composition department.

Extras
No extras are included with Mobile Suit Gundam but we’re just glad we have the series available here in one collection, especially when the original run was almost cancelled in Japan due to initial low popularity. 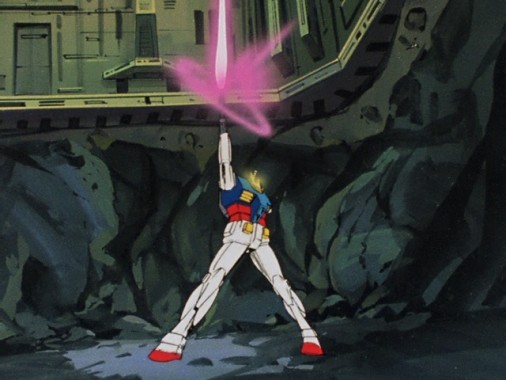 Overall
The original Gundam is a little difficult to judge today in 2014 when the fundamental narrative has been rehashed into countless newer titles with high quality animation. It’s a powerful little story that defines characters as victims of circumstance. Both heroes and villains meet on the battlefield, essentially doing their job yet each character fights with personal conviction. Modern robot anime rely on over-the-top effects or some other draw that sidelines the core element of mecha. Think of the recent Valvrave the Liberator or Gargantia on the Verdurous Planet. In this regard, blowing the dust off Mobile Suit Gundam is paradoxically refreshing.

The biggest draw of watching this series is the history it contains for the Universal Century timeline. If you want to watch the new (and really good) Gundam Unicorn it’s essential to know the full story and Sunrise have strangely kept the events of the One Year War locked in the original anime. But for newcomers it’s hard to recommend this as a Gundam starting point when you have effective modern takes like Gundam 00 or, if you insist on Universal Century, OVAs like 08th MS Team. But the fact remains, if you love Gundam or realistic mecha (if that’s a thing) then this is the textbook that’s worth going over at least once.