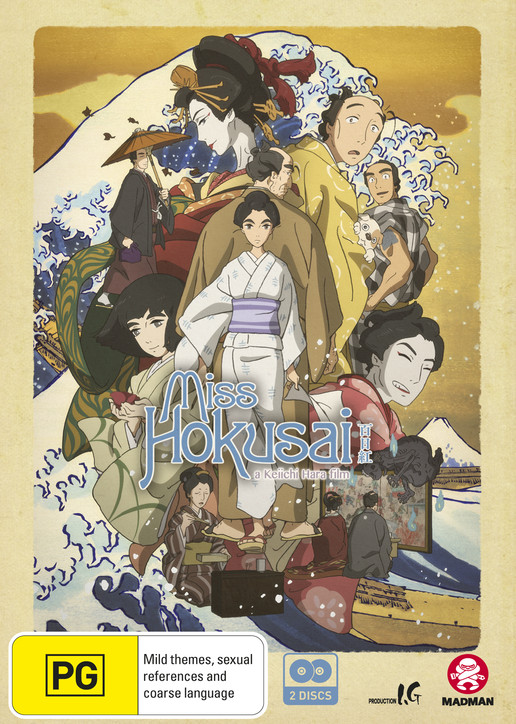 Katsushika Hokusai is a highly regarded painter who would go on to paint some of the world’s most famous paintings. In 1814, Hokusai’s daughter O-Ei is living with him and often helps finish his paintings. O-Ei even takes on the jobs that he does not want to do himself. She wants to improve her painting skills, and also wants to figure out what to do about her romantic feelings for a certain male acquaintance. She cares deeply about her younger sister O-Nao, who was born blind and later falls ill. O-Ei acts as the messenger who connects her mother and O-Nao to her father and tries to keep her disjointed family together. 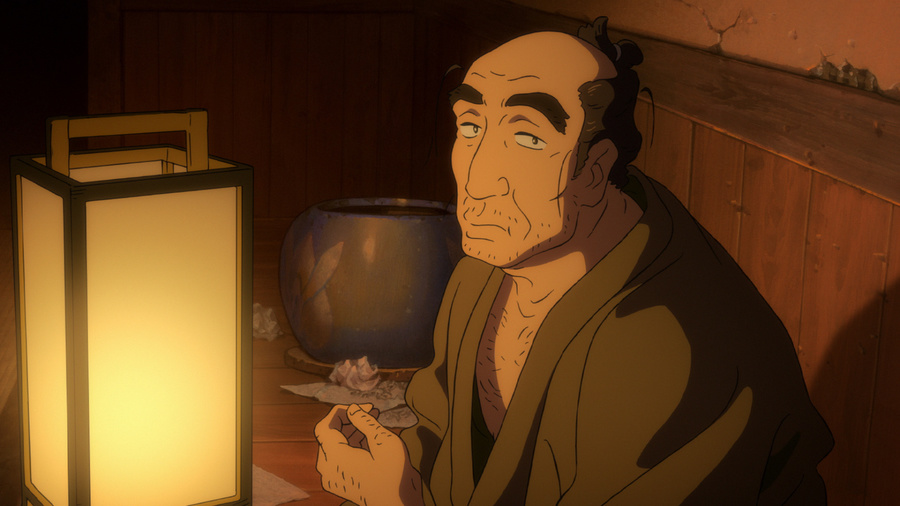 It is rare for an anime film to be presented as a series of mostly disconnected vignettes like this one is, but it is not unheard of. The decision to use such a style does make sense considering that this is more of a slice-of-life story than a biography. There is an underlying narrative in Miss Hokusai, albeit one that only surfaces infrequently until the latter parts of the film. The continuity between the vignettes is O-Nao. Her father is reluctant to visit her, which upsets O-Ei to the point where she directly berates her father over it. The relationship between O-Nao and Hokusai comes to a powerful climax near the end of the film, one that was unexpected due to the little that is known about the historical figure of O-Nao. According to director Keiichi Hara, O-Nao does not appear in the majority of Sugiura’s original manga Sarusuberi, on which this film is based. Hara created new scenes involving O-Nao to enhance the narrative, and his additions are effective at introducing a strong level of emotional engagement. This narrative may not be the main feature of the film, but without it, the disconnected vignettes would not have been quite as engaging on their own.

One problem that some viewers may have with the vignettes is that many of them depict O-Ei trying to learn something but then fail to show the results of her effort. For example, when she is told that her erotic artwork lacks sensuality, she visits a brothel to try to discover what her art is lacking. While her purpose is implicit enough to make sense, this scene does not ultimately help develop her character. The same problem occurs on multiple occasions, and yet it is only at the end of the film that she appears to have improved her painting skills at all. The underlying narrative could not have been emphasized more than it was for this film to work according to Hara’s vision, but O-Ei’s lack of meaningful development means that many scenes could be removed without negatively impacting on the film at all. Fortunately, the truth is rarely stretched to the point of being unbelievable. The vignettes feel like they did actually happen, except for the supernatural elements, which, like the aforementioned brothel scene, are presented in more of a matter-of-fact way than anything else. 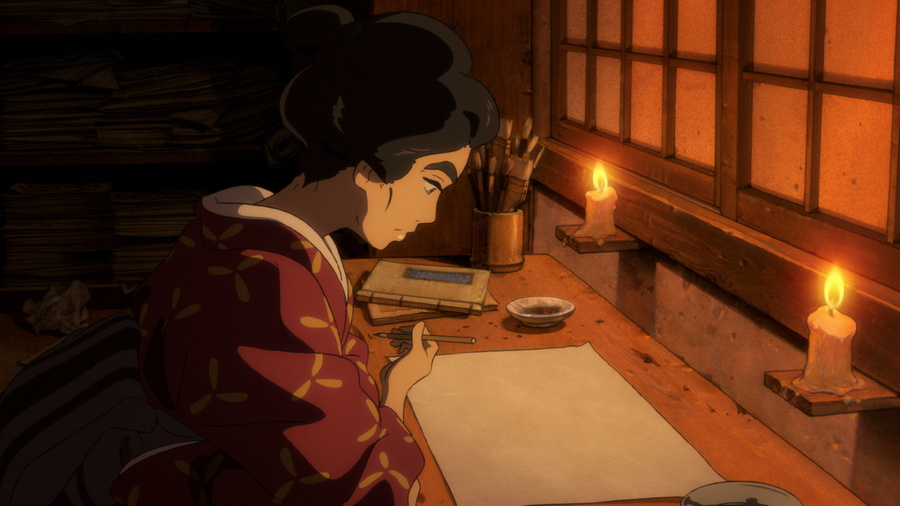 Aside from the narrative style, the main element of this award-winning film that stands out is Hara’s depiction of a strong female protagonist, even if she is not shown to develop any further as a character. She does not take any disrespect from anyone, and is a highly skilled painter who can match and even surpass her father’s skill. She is dedicated to improving, and does not believe that marriage is something she wants to be a part of. The film also presents female sexuality in a way that is completely unexpected for a film set in the nineteenth century. In the aforementioned scene when O-Ei visits a brothel to learn about sensuality, no one has anything against O-Ei being there. It is unclear if Hara’s intention with this scene is to demonstrate that female sexuality and/or homosexuality are normal, but that is the effect it has. It is rare to see a film presenting such a strong-willed female protagonist; O-Ei is one of the few female characters in anime who could be a genuinely positive role model for girls.

It cannot be overstated just how effective the art style and the animation are. The character designs are detailed and animated in a way that makes Japanese history and culture almost come to life. Some of the women that O-Ei encounters have a stylised look to them. Their design evokes the art style of the period while still looking familiar and realistic. The backgrounds are highly detailed as well, to the point where they could be photo-realistic recreations of Edo-era Japan. The depictions of Hokusai’s artwork are also incredible, allowing the viewer to see why this modest painter is so highly regarded. 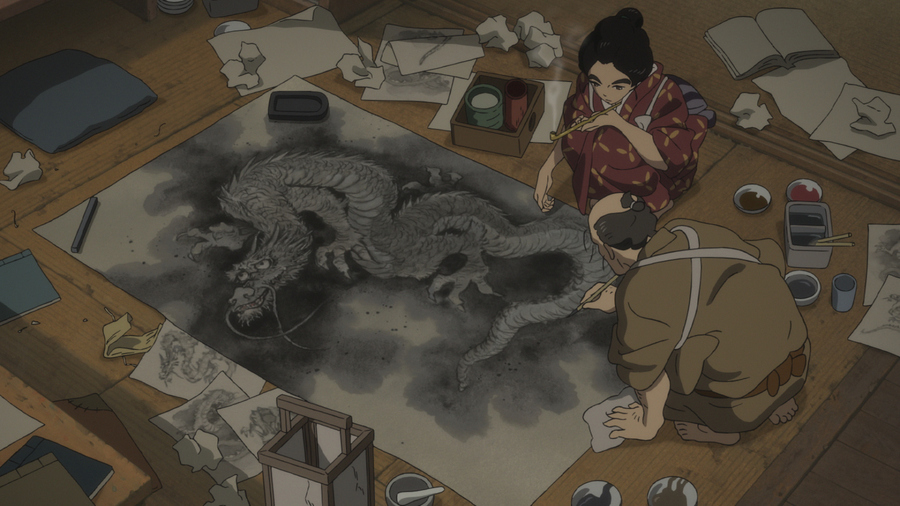 The animation goes a long way in helping the backgrounds come to life. There is minimal use of CGI, and the little that is present is made to blend in with the traditional animation. Keiichi Hara was specific about animating the most difficult scene in the film by hand. Said scene involves both a moving character and a moving background, and it took one animator three months to complete this 37-second scene due to its complexity. The result is exceptional, and it demonstrates that human movement and moving backgrounds look so much more impressive when animated using the traditional method. There are supernatural elements sprinkled throughout the film, although they are more incidental than anything else. They are drawn and animated fantastically, adding a level of depth to the story.

The soundtrack is the only jarring component of the film. A variety of musical styles are utilised for the soundtrack, and the end result is mostly a beautiful selection of orchestral and traditional Japanese music. What stands out for the wrong reason is the rock music, which is most noticeable at the beginning and end of the film. In about 30 seconds, it starts sounding like a lame Hollywood film from the 2000s. Hara states in an interview that he chose to include rock music in order to set this film apart from other historical pieces and to let viewers know that this is not a simple historical drama. The idea itself is perfectly reasonable, and the rock pieces themselves are not bad, but they feel extremely out-of-place in this film. Fortunately, the voice acting is excellent; Anne Watanabe gives a standout performance as the tough but often disinterested O-Ei. The actors are known for live-action work, and they make these characters sound much more realistic than they might have otherwise. The English dub is not included with this release, but French audio and subtitles are. 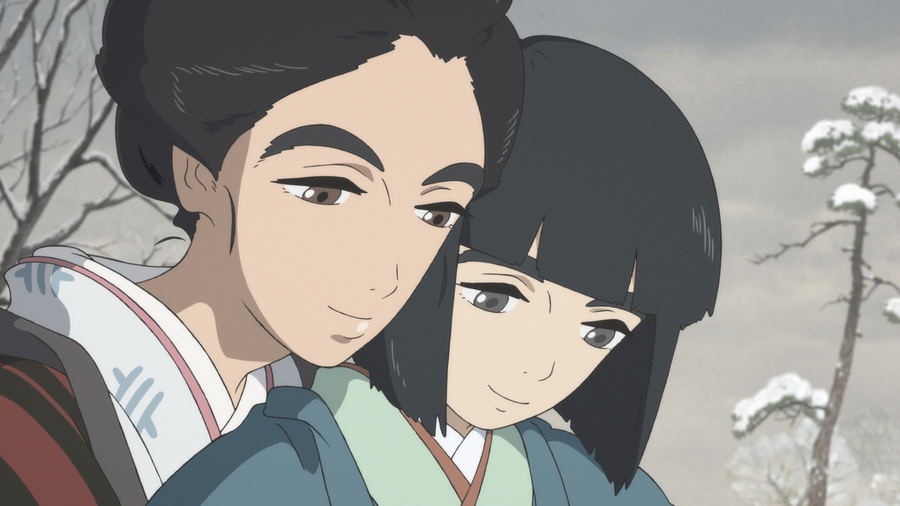 The “Making of” documentary, footage from the interview with director Keiichi Hara at Scotland Loves Anime 2015 and the film’s English-subtitled trailer are included on the extras-only disc. There are well over two hours of content on this disc, and they provide a fascinating insight into the unusual production of this film. The “Making of” documentary explains a lot about the creative decisions made for this film.

Keiichi Hara’s presentation of vignettes about O-Ei’s life as a painter and his own additions to the story are as powerful as they are engaging. The film demonstrates that traditional animation still has a place in the 21st century, even if it does take significantly longer to draw a scene by hand than it does to produce it using 3DCG technology. Miss Hokusai stands out as a unique historical story, and it proves that Hara could become one of the big names in the world of anime films. There are no samurai in this Edo-era story, just a strong female protagonist who is a talented painter that often goes uncredited for her work. If more details about O-Ei’s life are discovered, it would be fantastic to see Hara return to direct a sequel of this film. 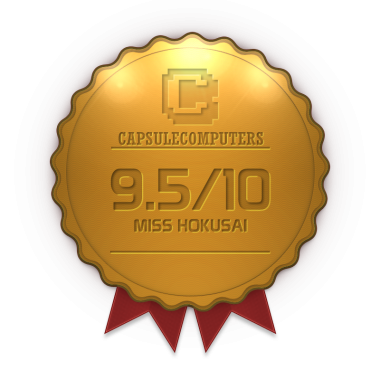 A beautiful film with a strong female protagonist and strong emotional engagement that would have been almost perfect if not for the occasional presence of jarring rock music.
9.5