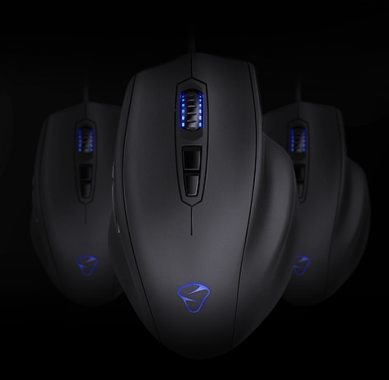 Visual learner? No problem! Check out the entire unboxing and review video at the end of the article!

The Mionix NAOS 7000 is the budget friendly little sibling of the Mionix NAOS 8200. The mouse sports a 7000 DPI IR-LED optical sensor, a 32bit ARM processor running at 32mhz, 128kb of onboard memory, an ergonomic right handed design, customizable LED lighting, and seven programmable buttons. The NAOS 7000 has slightly weaker specs compared to the 8200, but has an MSRP that is ten dollars lower than the 8200.

Like other Mionix products, the packaging for the Mionix NAOS 7000 is minimal and utilitarian. The box is just big enough to hold the mouse, a sticker bearing the Mionix logo, and a small quick start/warranty guide. Unpacking the box was a pleasant affair, as the packaging has been designed to require the least amount of effort possible. Given the option of having so many twist ties that a wire cutter is practically necessary to free the mouse from its  glitzy retail packaging versus Mionix’s simplistic box, give me the hassle free packaging any day. 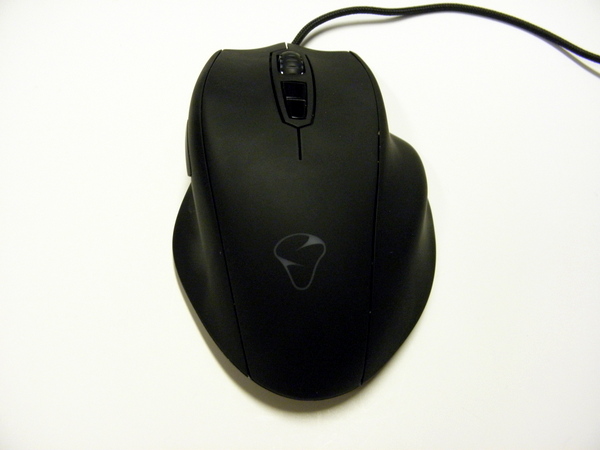 The Mionix NAOS 7000 is designed for right handed people only. The mouse is extremely wide with large finger grooves for the ring and little finger. The large mouse has plenty of physical space to wrap a hand around its rubber surface. Although Mionix advertises the design to be friendly to both palm and claw grip users, I suspect only the largest handed users will be able to comfortably use the NAOS 7000 in a claw grip. For palm users, the mouse’s ergonomics are second to none. Of all the right handed mice I have used, the NAOS design is the most comfortable. The mouse curves in all the right places which allows the fingers to rest on the mouse comfortably.

Mionix’s rubbery finish is possibly one of the best coating on a mouse I have ever used. It feels incredibly soft while ensuring just enough of a rubbery feel to provide a sense of security when holding the mouse. The coating is flawless, without any imperfections. The mouse connects to the computer with a six foot cloth braided USB cable featuring a gold plated connector. I am particularly fond of cloth braided USB cables on mice as I find them to snag less compared to traditional rubber coatings. 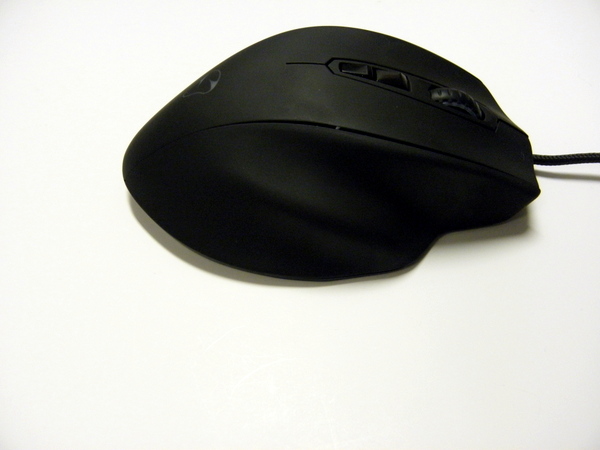 The body sports seven programmable buttons, the traditional left and right mouse buttons, the mouse wheel, two buttons located below the mouse wheel, and two thumb buttons. Mionix uses Omron mechanical micro-switches for the buttons. These are considered to be some of the finest switches available on the market and last for twenty million clicks. The buttons have a great crisp click to them that is enjoyable to use. The mouse wheel has a nice texture to it, though the ridges are not particularly aggressive. The wheel is soft, though a little more rubbery than the rest of the body. The mouse wheel has a nice crisp press to it. Although not as crisp as the buttons, there is a very clean break when the button is engaged.

The two buttons located under the mouse wheel are positioned well. They are low enough to stay out of the way when spinning the mouse wheel. They are not so low that the lower button is difficult to press. I found the thumb buttons to be at the perfect position. My thumb as able to rest on both buttons, allowing me to press them without having to shift my thumb. 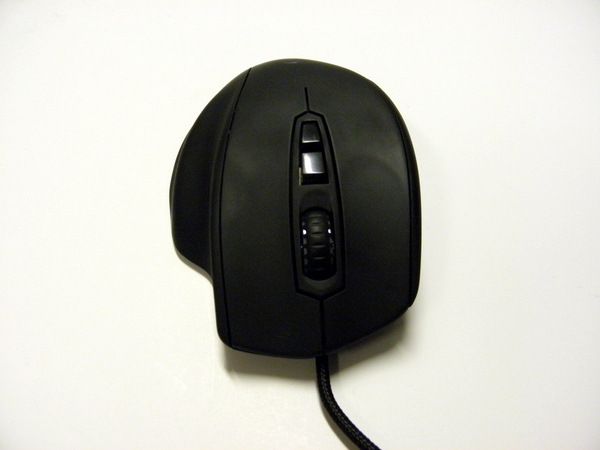 There are two lighting zones on the mouse, one on the edges of the mouse wheel and one Mionix logo on the palm rest. The default lighting brightness is at a happy middle. It is bright enough to be noticed easily in a well lit room while still being soft enough to not be distracting in a dark room. I was a little surprised that there is no control for brightness in the software suite. The LED lighting can only be adjusted for colour and a few lighting effects.

The NAOS 7000 uses the ADNS-3310 IR-LED optical sensor from Avago Technologies. I found the sensor to be accurate and responsive. However, my review unit had a strange habit of drifting around randomly once in a while. This was not a consistent issue so I originally thought the problem was vibrations from my computer. After further testing, I discovered the mouse was not moving at all and there was no debris in the optical sensor. Once the mouse is moved a bit, the drifting issue would stop immedietely. The AVIOR 7000 I tested earlier uses the same sensor and had no such issues, which leads me to suspect my NAOS 7000 may have a faulty sensor. 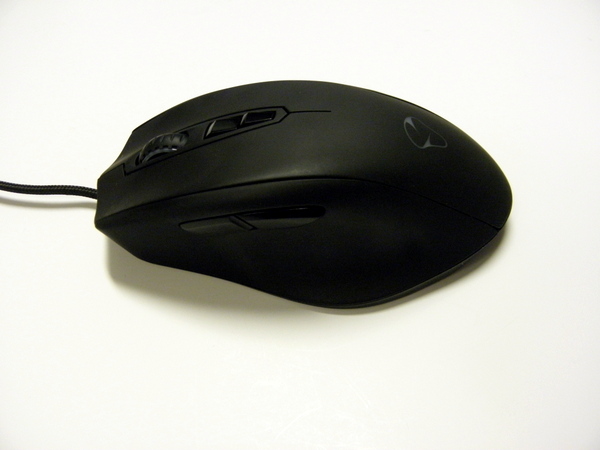 The software suite for the NAOS 7000 is a straight forward affair. The NAOS 7000 works great out of the box as a plug and play mouse. However, the software suite is a must to get features like macro editing, LED tweaking, and the myriad of sensor settings. I am a bit surprised that Mionix has not created a unified software suite, instead requiring users to download a software specific to the mouse. The software is well laid out and easy to understand. Macro recording is extremely simple to do. I found the software to run well, with no crashes or errors in testing.

There is a lot of performance options that can be tweaked from within the software suite. Things like pointer acceleration, scroll speeds, lift distances, and angle tuning can all be modified. Even independent X and Y sensitivity settings can be programmed. My only complaint is that the mouse can save five different profiles but only three different DPI settings per profile. I usually prefer to see at least four to five different options, especially for games like Battlefield 4. 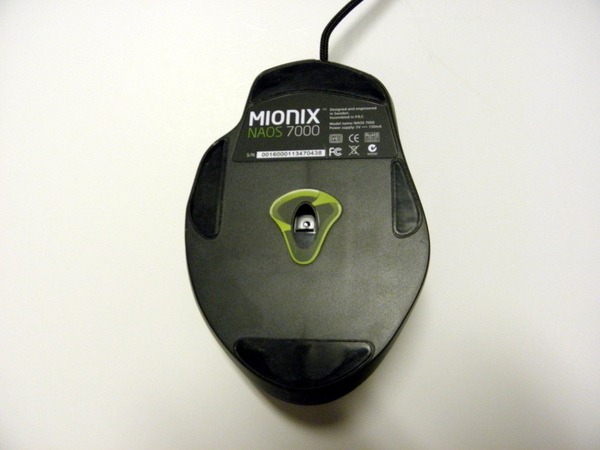 Priced at $79.99, the NAOS 7000 is one of the cheaper options for high end gaming mice. Except for those who will actually use DPI settings above 7000 DPI, the NAOS 7000 is identical to the more expensive NAOS 8200 in everyday use. Although claw users will most likely find the NAOS 7000 to be too big to be comfortable, the NAOS design is easily a contender for the most comfortable right handed mouse on the market for palm grips. The software suite is a simple no nonsense affair that is easy to use. Although my review unit seems to be suffering from some occasional issues every few hours, the mouse performed wonderfully overall.