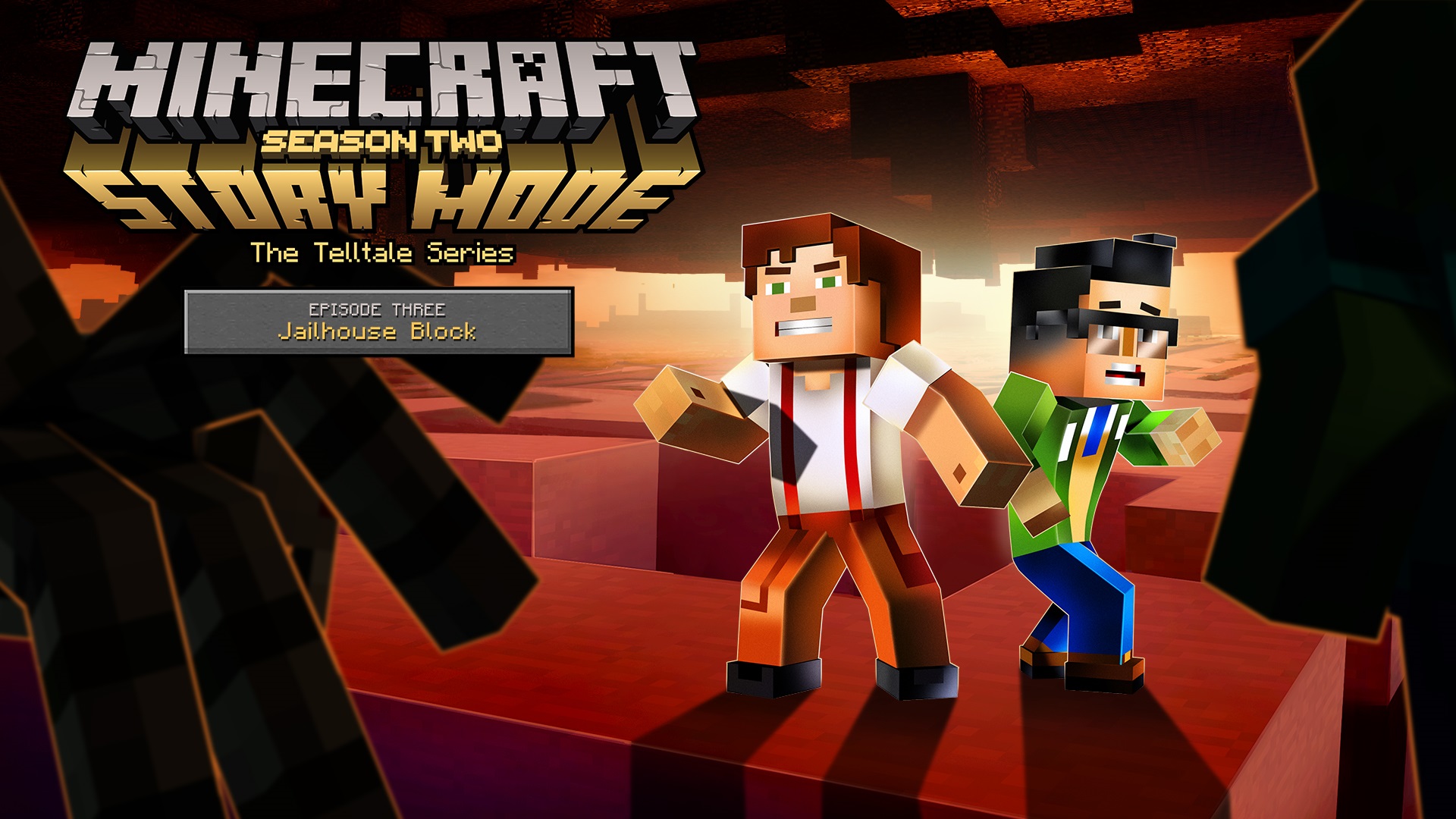 There comes a point in a game’s storyline where the player is hoping to see some real stakes being raised and threat to either their own character or those that they have grown to care about and although that threat became a reality in the previous episode of Minecraft: Story Mode Season 2, an oddly set pace hampered this feeling. So now that Minecraft: Story Mode Season 2 – Jailhouse Block has arrived, does the story begin to raise the stakes even further?

As the story of Minecraft: Story Mode Season 2 – Jailhouse Block continues immediately after the events of Giant Consequences it is highly recommended that readers play the previous episodes in the season before continuing on as various events and twists will be discussed below. 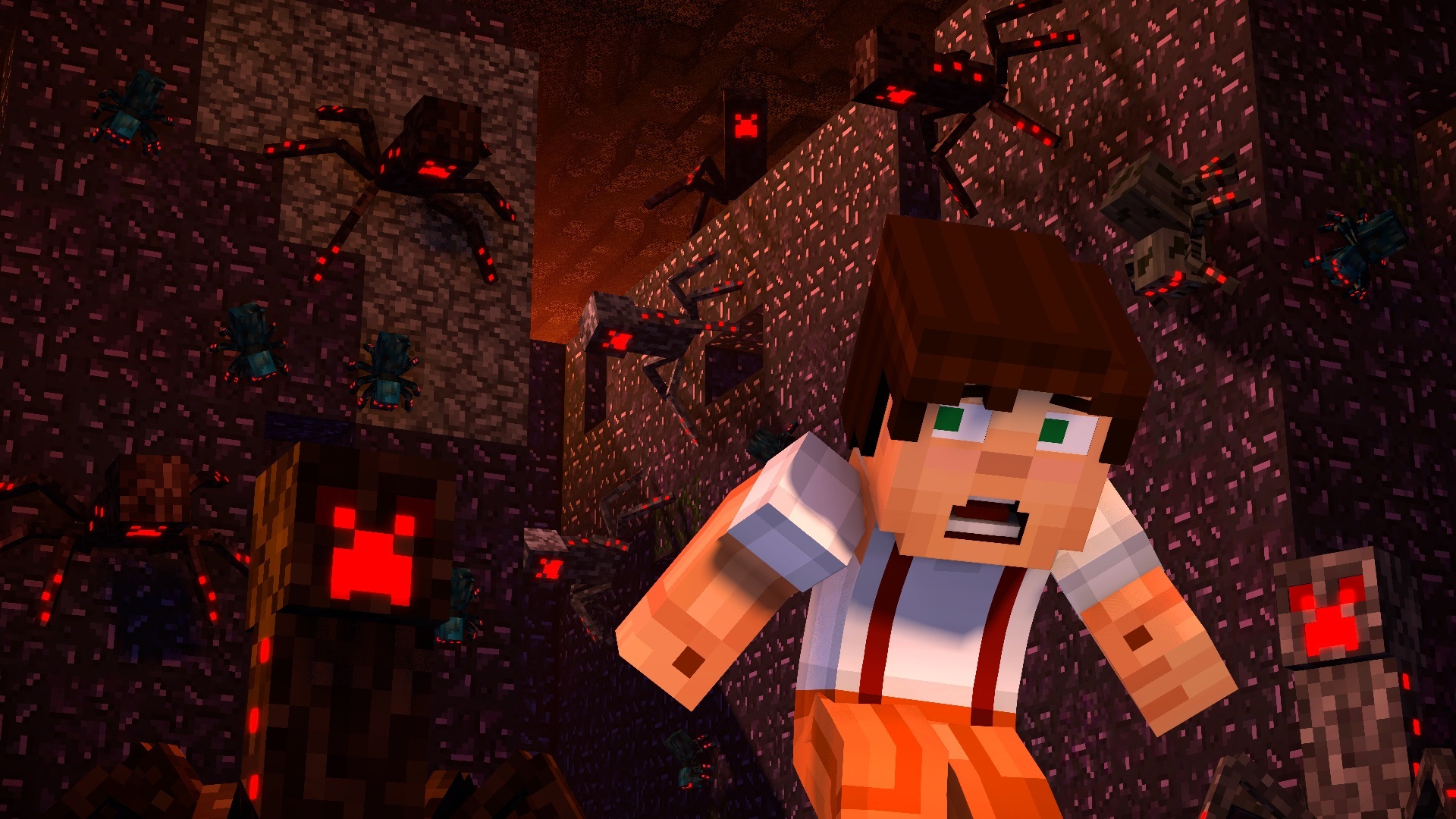 When we last left our heroes Jesse and the rest of the gang were in an incredibly bad way. Not only was it revealed that the Admin had infiltrated their ranks, meaning that Jack’s friend had indeed died, but thanks to Jesse’s actions the group has fallen out of favor with the Admin. Choosing a new “champion” depending on who the player chose to act on their own in the previous episode, Jesse and the rest of the group are sent to a prison where all those who disappoint the admin are sent to suffer.

Designated as the “Sunshine Institute” Jesse soon learns that no matter how skilled you might be in combat, there is only so much you can do when an entire system has been built to keep you in line. Locked away with the rest of his friends, it is up to Jesse’s puzzle solving skills and habit of getting on the nerves of others to find a way out of this predicament, even if it means teaming up with someone known only as “Prisoner X” to do so. 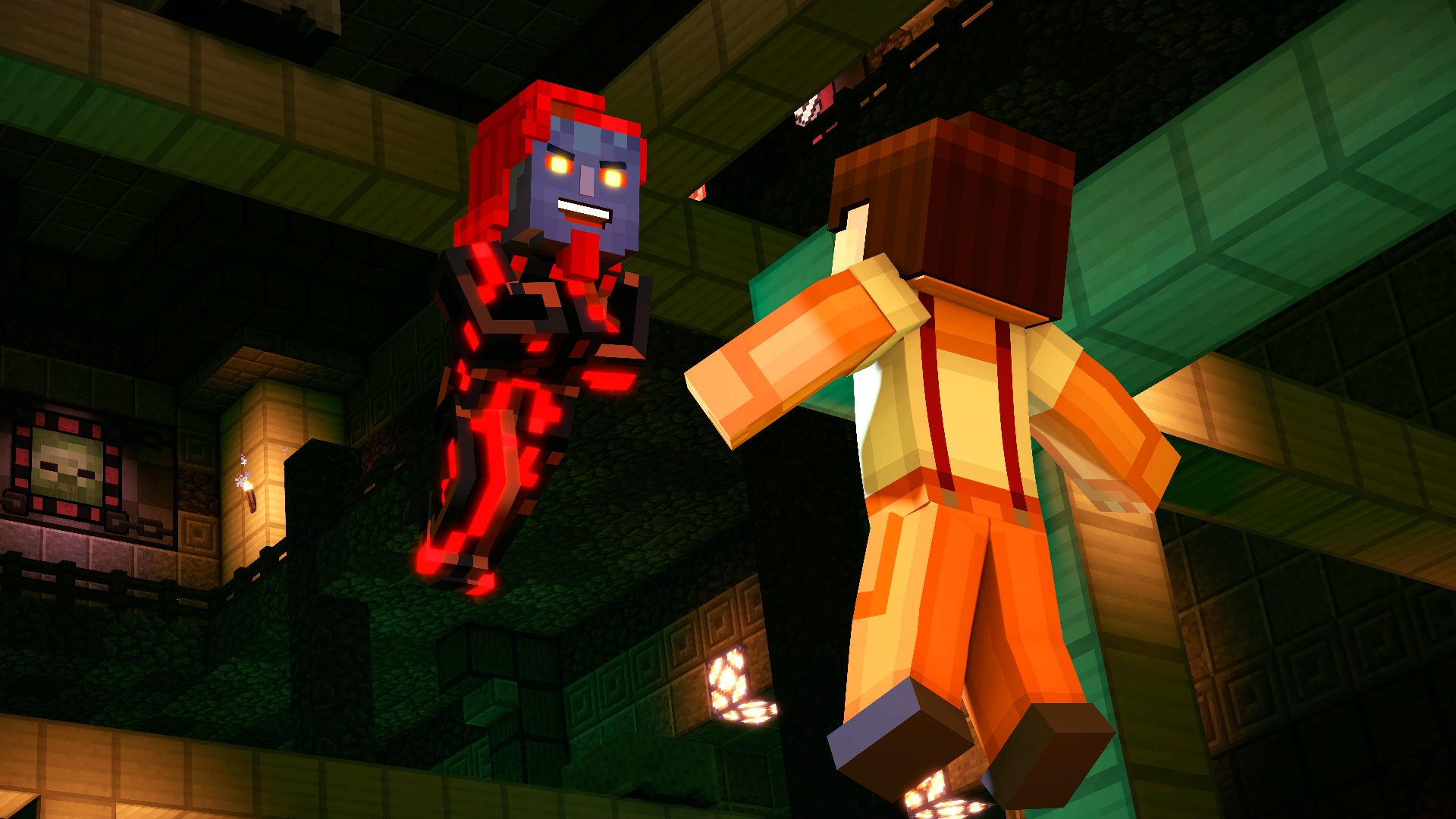 For the most part Minecraft: Story Mode Season 2 wants to try and tell an intriguing storyline and give players insight into what makes the Admin the way he is, but it ends up falling flat in this regard. This is primarily due to the fact that, while varied in the different steps that players have to advance to make their way through the prison and try to escape, the majority of this episode feels like nothing more than padding. The majority of the prisoners that are introduced seem interesting on the surface but are little more than one-off appearances as players quickly are moved from one layer of the prison to another.

In fact one location is kept to such a minimum level of interaction that even if you try to interact with others, you gain absolutely nothing out of it other than a couple of odd bits of dialogue that help add a bit of detail to how cruel this prison can be, but nothing else. Even the choices that players can make throughout the episode are kept almost entirely inconsequential in nature until the end of course, then players are once again given perhaps one of the most difficult decisions they have had to make so far, since it actually has real consequences for the first time this season. 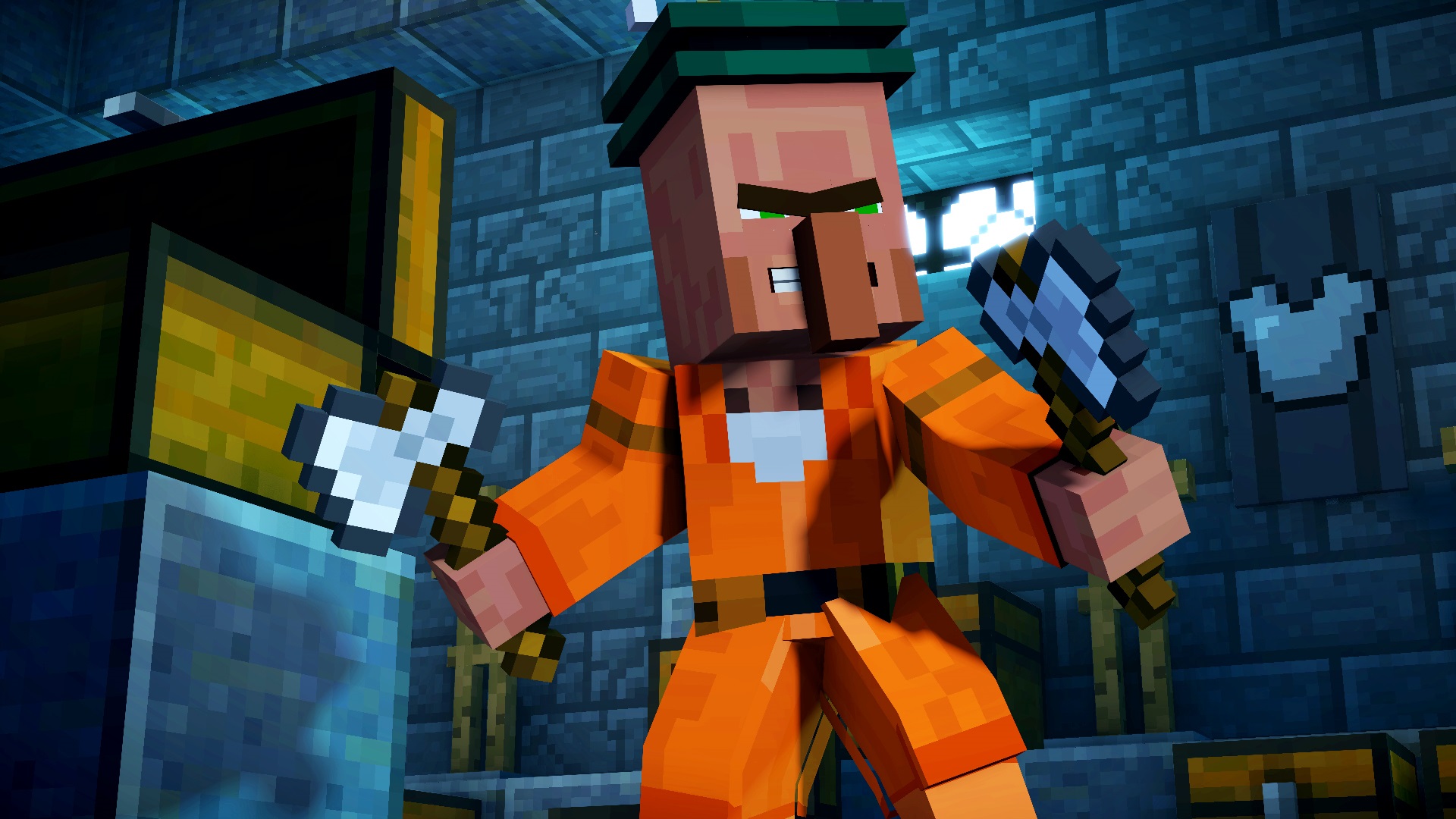 A few things make up for the lackluster nature of this episode, one being aforementioned choice, and another happens to be just how interesting Jesse can be when dealing with authority. Players can choose to try and stay in line while talking with the various authority figures in the prison and dealing with the Admin or you can completely buck authority if you so choose. It also helps that players do end up learning some of the history of the Admin and continue to see him devolve from being an all-powerful being to something more comparable to a petulant child.

A large majority of this episode takes place through dialogue trees where Jesse will talk through problems with other prisoners and his allies but there are also a couple of other little bits added in as well, such as the usual free building segment, and plenty of quick time based combat sequences. 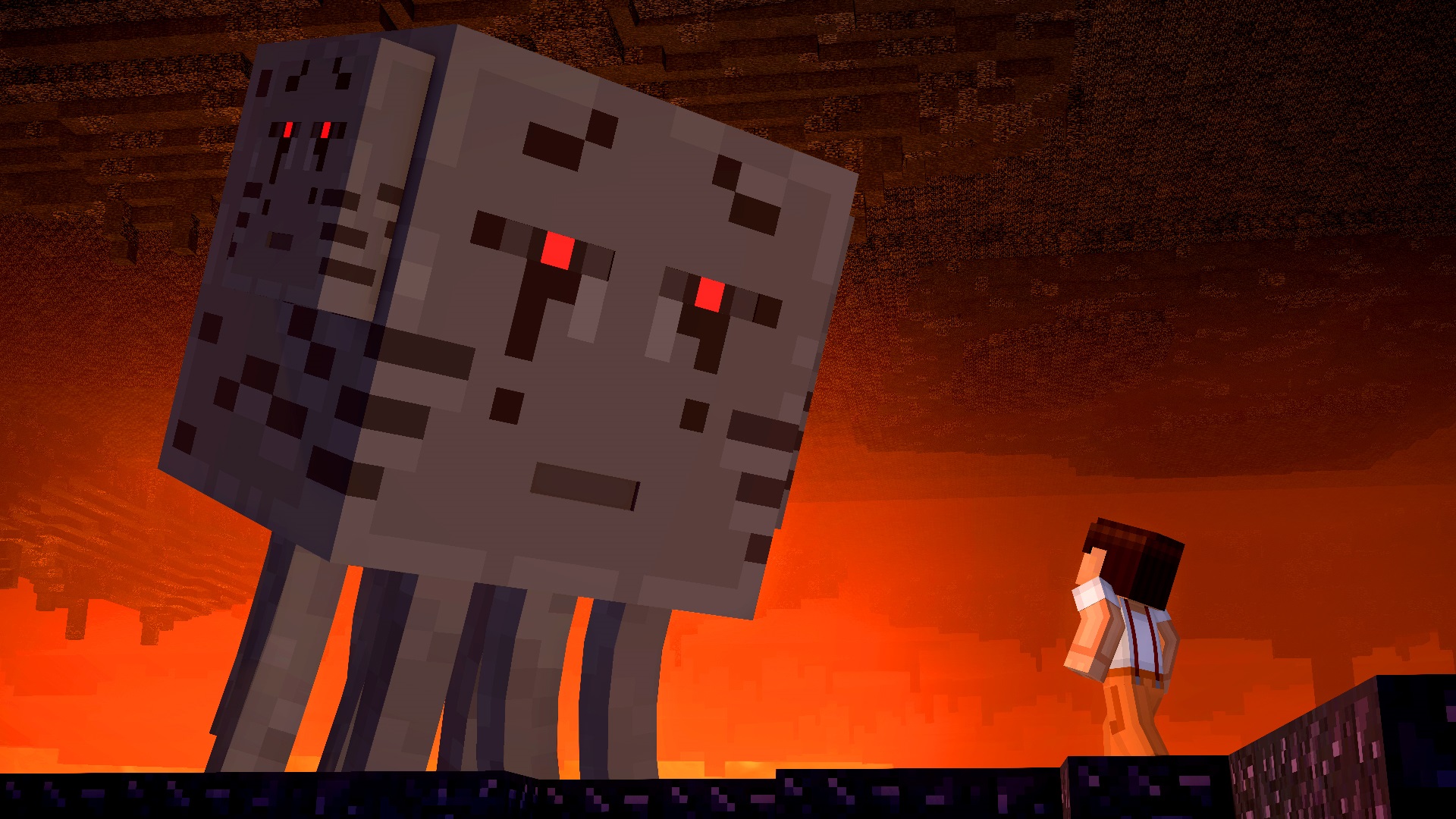 These combat sequences really take things up a notch as not only are these fights quite interesting to watch unfold, they are varied enough to keep things fun. There is even an auto-running combat sequence against a giant boss that really raise the tension of Jesse’s escape efforts.

Unfortunately thanks to the nature of this episode taking part inside of a prison, there is a large lack of interesting structures to witness. There is some variety to see here as players are ushered through the prison layers but for the most part the aesthetics here remain various shades of gray and orange as lava is used quite frequently here. While a fitting design choice for the episode, the lack of color and unique designs are disappointing. 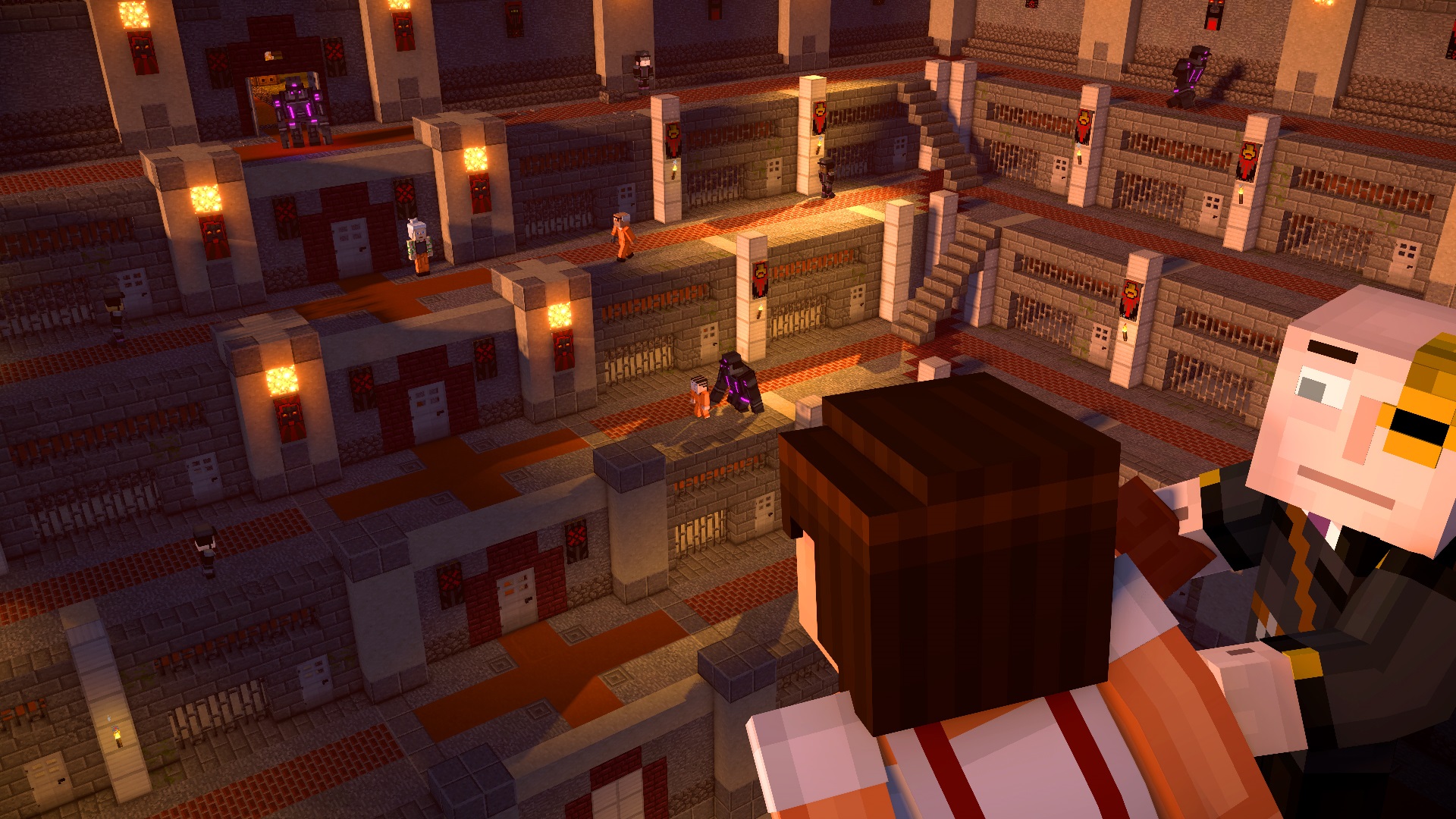 Accompanying this episode are a number of new pieces of background music that sound great for the theme of this episode and work really well for the combat sequences while the voice cast continues to be as impressive as ever when it comes to handling their roles.

Although there is a huge choice to be made and some of the combat sequences are quite thrilling, Minecraft: Story Mode Season 2 – Jailhouse Block feels like the most padded episode of the entire season. Perhaps thanks to the nature of being the mid-point of the season the developers chose to take things slow and give us only a bit of information to keep things exciting for the last two episodes but in the end this leaves this episode as being one of the worst this season.

Due to a bland setting and an incredibly padded feeling experience Jailhouse Block delivers very little worthwhile development or information through its short runtime but does feature plenty of exciting combat scenes.
5