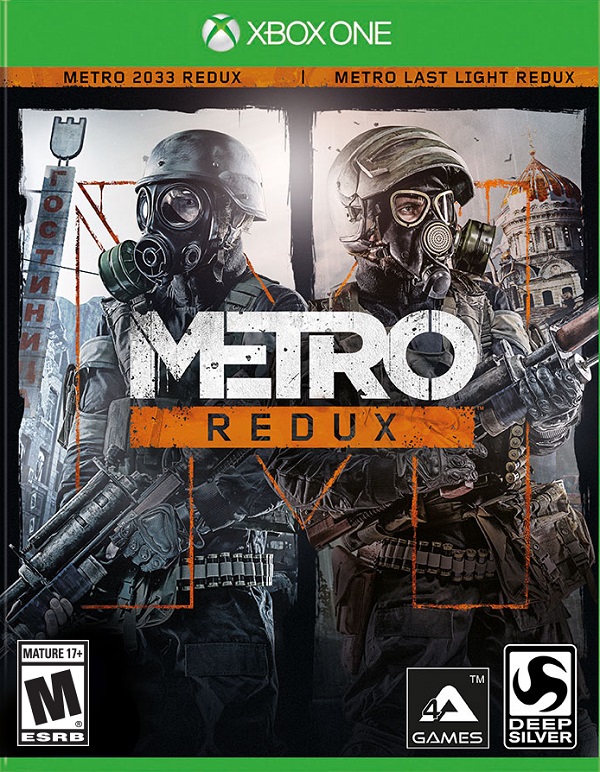 Overview
Anytime the word remake is tossed around, fans of the original game might be pleased but the majority of gamers will simply see it as yet another next-gen remake. However in the case of Metro Redux, Xbox One and PlayStation 4 owners will not only be treated to an enhanced version of Metro: Last Light, but also get their hands on the first game in the series which was previously a PC exclusive, Metro 2033. With both games getting an overhaul, is Metro Redux worth picking back up?

Story
In the world of Metro, the world has been plunged into despair after a nuclear apocalypse nearly annihilated everyone on the planet. While Moscow has been turned into a radioactive wasteland where dangerous mutated beasts roam, what is left of the city’s population now lives in the metro tunnels beneath the city. Survival is never guaranteed down in the metro and not only do survivors need to worry about bandits, but the Soviet Red Line and the Fourth Reich have risen up and decided to battle against one another. 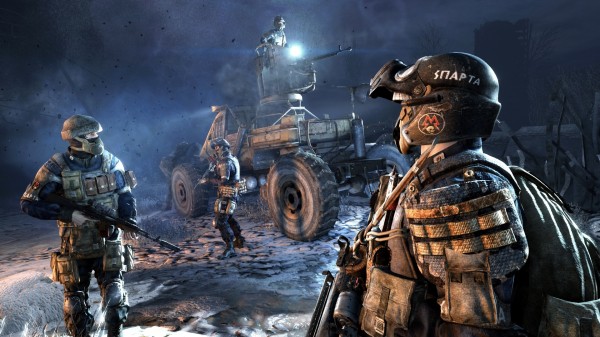 Players control Artyom, a survivor who must reach Polis and seek out help as his home has come under threat of a new type of danger, a race of creatures called the Dark Ones. With Metro 2033 being the first game, Artyom travels through the metro, encountering numerous enemies and allies while experiencing the hatred of both the Red Line and Fourth Reich in an effort to find a way to vanquish the Dark Ones.

One thing has always been a great aspect for the Metro series is how it manages to not only tell the personal story of Artyom as we learn a little bit about him through flashbacks, but also the world around him. Various levels will see Artyom traveling through a small town in the metro where families live and there is a sense of life in these towns as players can listen in to conversations as the people talk about what is happening around them, telling a story that stretches beyond Artyom’s quest.

The same can be said for Metro Last Light, which is given the same treatment as Metro 2033, except with a different focus where Artyom is attempting to track down something while also possibly resolving a past mistake. Not only do both of these stories tell of Artyom’s personal journey, but also that of the survivors living in the tunnels. 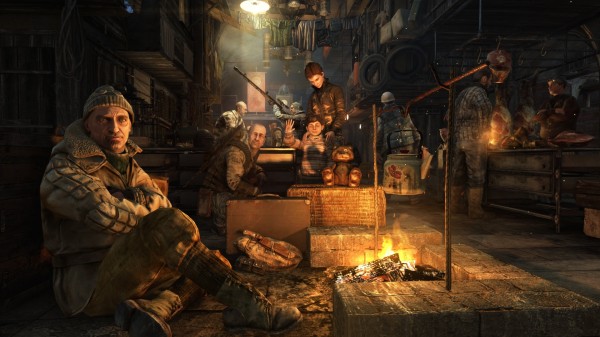 While the stories are both enjoyable and they do offer two separate endings, it is unfortunate that these endings are handled haphazardly. Metro 2033 is the worst culprit here as the ending requires an exact set of simple but seemingly irrelevant tasks to see one ending and if not accomplished, players will always be forced to the default ending. Not that it really matters in the end, because regardless of the ending you might receive in 2033, Last Light continues on from the default ending but at least the second game’s ending system is handled better through the same, but less rigid, system.

Gameplay
One thing that gamers who may have only experienced Last Light may not realize is that Metro 2033 plays exactly like Metro Last Light because the company had to go back and re-work many of the clunkier aspects of the game’s mechanics. As such both games in Metro Redux play the exact same way, which is good news considering Metro Last Light had a fluid and enjoyable gunplay system and it still does in the Redux version. 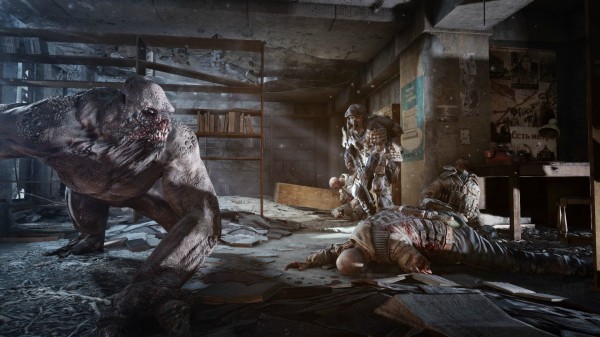 Players are given three weapon slots where they can carry weapons of various kinds, preferably ones that use different ammo types so players won’t find themselves running low on projectiles, that can all be customized with various add-ons such as silencers, laser sights, extended barrels, stocks and more. Along with that players can also use various throwing knives, flaming grenades along with explosive grenades to dispatch their humanoid and mutant enemies.

However players can also play very stealthily if they so choose. Thanks to Redux’s jump in visuals, the stealth aspect is better than ever as players can maneuver through the darkness to either bypass enemies, sneak up on them to deliver a knockout punch/knife to the throat, or drop them with a silenced weapon. Players are encouraged to either shoot out or unscrew/blow out light sources to navigate through each level’s long and detailed stages.

Of course stealth only works on humans, so make sure you have plenty of firepower still for the various mutants you will encounter, especially the spider like creatures that can only be hurt after your flashlight beam shines on them long enough, causing their exoskeleton to fry and cause them to flip over and be dispatched. 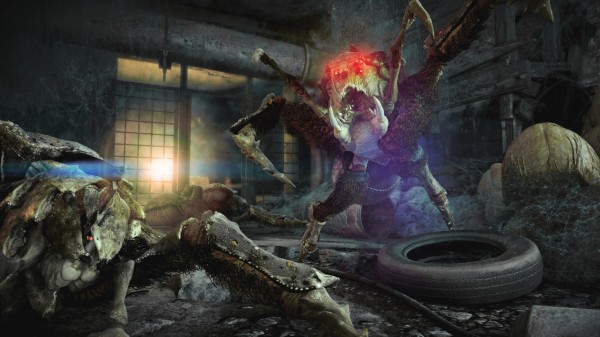 There are more dangers than just humans and mutants in the world of Metro, as any time the player ventures to the surface or through a particularly nasty area of the metro, they will also need to keep an eye on their gas masks, as too much damage can cause your gas mask to break and running out of filters can mean your doom.

It is disappointing however that despite being remastered versions Metro 2033 and Last Light, both games come with bugs of various kinds. Numerous times in Metro 2033 I had to start a level over due to the game constantly freezing at one area or becoming stuck on the level geometry and a handful of times in Last Light I found my allied NPCs simply vanishing, despite the fact that there are times that you can only progress once they open a door for you. 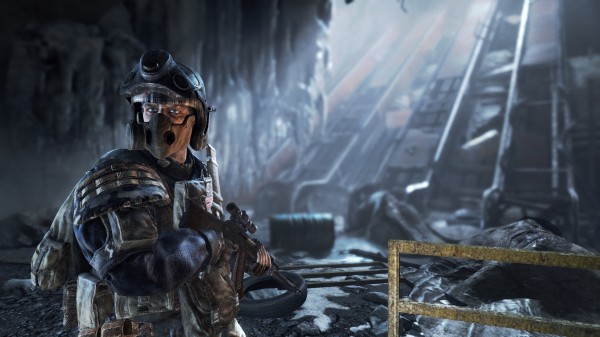 While the game does have those problems, it is also worth mentioning that Last Light includes all of the DLC levels released back when the original game launched, giving players who never picked up that DLC a chance to experience everything Last Light offered with one purchase instead of numerous ones. That being said, while these included DLC missions are enjoyable, a few of them feel like simple padding.

Visuals & Audio
Looking at what was found in Metro 2033, it is easy to see that the game has been given an impressive visual upgrade from its PC release. Last Light also sees a decent graphical improvement, with both titles offering more detailed character models and some of the best atmospheric lighting you can find, which works wonders for the stealth missions and few creepy moments that arise in both titles. It is also nice to mention that both titles run extremely well without a single dip in frame rate, making for a fluid and gorgeous experience. 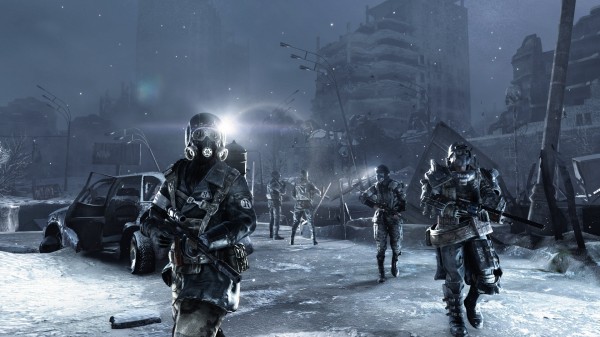 The game’s voice work remains fitting, with Last Light’s Artyom taking his English voice actor back to 2033 for consistencies sake. There are numerous dialogues available, so those who wish to experience a real Russian sounding experience can switch to that language with English subtitles if they wish, but the Russian accents the English voice actors have fits just as well.

Overall
Metro Redux offers an improved but still somewhat same experience gamers experienced with Metro 2033 and Last Light. While the dark and creepy atmosphere of both titles benefit from the upgrade and the mechanics of the original 2033 translate nicely into Last Light’s gunplay, there hasn’t been a whole lot actually added to either game to make it worth picking up for those who already own the game.

While Metro 2033 makes for a great addition, Last Light’s simple graphical upgrade and padded DLC might not be enough to entice some buyers to go back into the Metro. Those that do enter the metro again or perhaps are entering it for the first time will find an impressively designed title with smart stealth mechanics and tight gunplay all taking place in a memorable post-apocalyptic world.