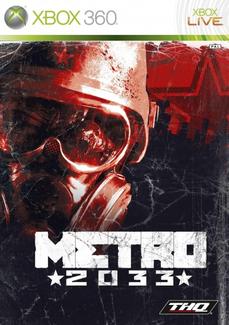 The year is 2033. An entire generation has been born and raised underground, and their besieged Metro Station-Cities struggle for survival, with each other, and the mutant horrors that await outside. You are Artyom, born in the last days before the fire, but raised Underground. Having never ventured beyond your Metro Station-City limits, one fateful event sparks a desperate mission to the heart of the Metro system, to warn the remnants of mankind of a terrible impending threat. Your journey takes you from the forgotten catacombs beneath the subway to the desolate wastelands above, where your actions will determine the fate of mankind.Set in the shattered subway of a post apocalyptic Moscow, Metro 2033 is a story of intensive underground survival where the fate of mankind rests in your hands. In 2013 the world was devastated by an apocalyptic event, annihilating almost all mankind and turning the earth’s surface into a poisonous wasteland. A handful of survivors took refuge in the depths of the Moscow underground, and human civilization entered a new Dark Age. 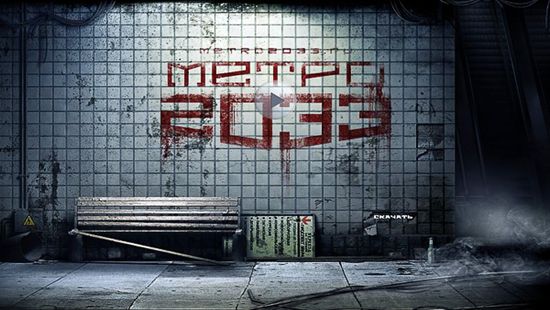 Metro takes place within the train tunnels of the post apocalyptic Moscow.  Metro 2033 is a single player first person shooter that blends together features of other successful titles all into one nice package.  It has an atmosphere of darkness and despair as your constantly struggling to survive by any means necessary. Looting and scavenging for anything that will give you that little bit more of an edge.  It’s first person perspective also adds even more to the desperation with the element of surprise and fear as you will never know what is lurking around the corner.

4A Games have created an excellent single player experience that will keep you on the edge of your seat as you make your way through dimly-lit, claustrophobic tunnels and walkways that will have you wondering about what’s around the next corner. One thing I would like to note and bring to your attention is that Metro is quite linear in level design, this could be because 4A Games wanted to give you the feel of fear and horror in close combat situations.  Another thing I found that reminded me of Resident Evil was the Survival Horror aspect of ammo conservation and making sure you use you ammunition wisely.  It’s a great little touch I must say as it fits perfectly in this sort of environment where bullets, weapons and food don’t grow on trees. 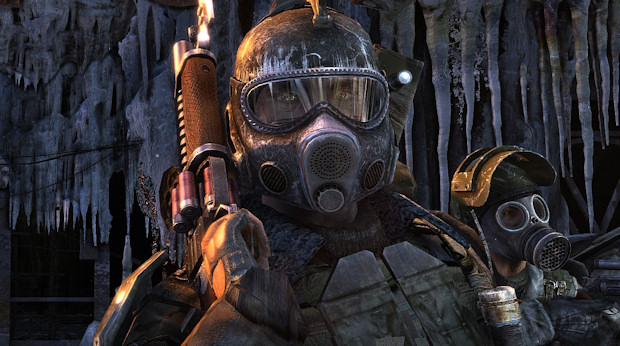 To add further fear and realism, 4A Game have removed any sort of Heads Up Display (HUD) from the screen, there is no health bar, no ammo details and certainly no MAP !!  Which brings me to the next really neat feature.  If you’re wandering around the dark tunnels and all of a sudden become disorientated and a little lost.  You can pull out your trusty compass, which will appear on the screen while you’re walking around in real time, this way you can get your bearings once again and move on.  Your Compass is attached to a clip board which also contains your current list objectives, something I found really neat, if you’re in a dark area and you can’t see where you’re going or what to do next, you can take our their trusty lighter that’s in the shape of a bullet, flip open the top and light it so that you can see what to do and where you’re going.  Remember that all of this is happening in real time so if a creature decides to make an appearance and begin to start mauling on your head you’ll need to switch back to your weapon and defend yourself as quickly as possible.

Searching for loot plays a major role in your quest for survival.  This can be done in a number of different ways, bear in mind as the game play is quite linear, you don’t have much freedom to go everywhere. The player normally has only one way to go to reach their next objective, there is however possibilities to explore your surroundings, and it pays off to look around, searching dead bodies and also ammo crates will result in you finding a very valuable resource which is regarded as currency in the game and that is ammunition.  With survival being the most important aspect of the game in these desperate times, what else could keep you safe from what lurks in the darkness than bullets and ammo.  It makes perfect sense and this is what the traders in the game will want as payment when they sell you weapons. 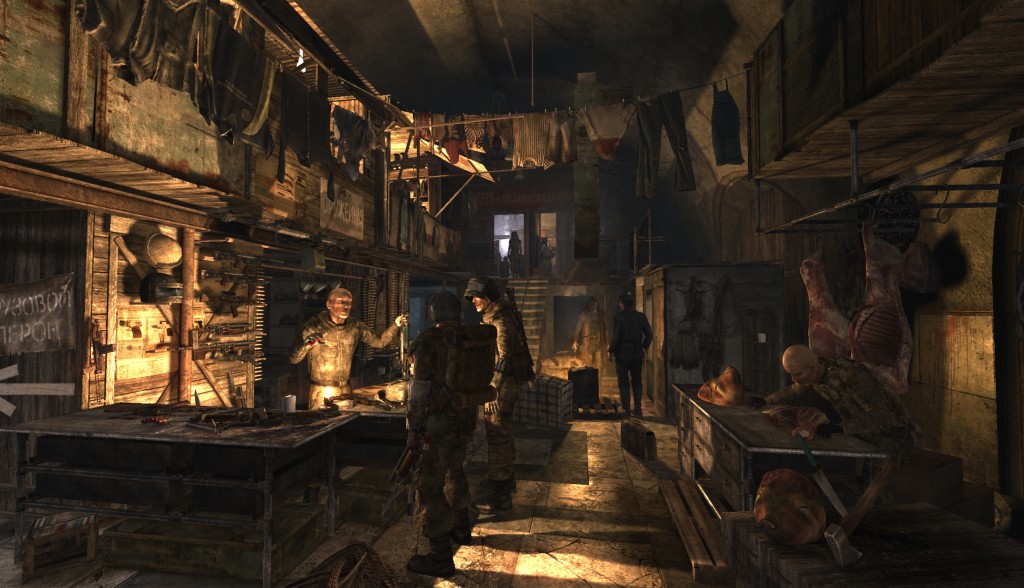 The sound and atmosphere in Metro 2033 focuses on the dark and depressing state of the world after its destruction, the music is meant to convey to the player a feeling of sadness, touching on their emotions and creating an even deeper gaming experience.

Now with good stuff out of the way, let’s focus on a few issues with the game.  Metro 2033’s biggest disappointment is the combat system.  When taking down monsters you have no indication that your actually making any dent in them as they do not show any sort of animation that they are taking damage.  Usually in other first person shooters you’re used to shooting something in the chest and it would move back in pain or shooting them the leg and they’d fall to one knee.  But unfortunately this is lacking in Metro 2033.  At certain stages in the game I’d unload a full clip into a monster and thinking to myself if I was actually harming it or not.

Other little things that I believe were designed into the game for reason but were a little off-putting was the specific types of weapons having to be pumped to put pressure in them before they can be shot.  I also found the right thumb stick was a little unresponsive, items such as flashlights will need to be recharged when they run out of energy.  With the emphasis on a realistic experience these little issues could be overlooked as 4A Games are only trying to create an experience that is different from other FPS, and if you take that into consideration and keep an open mind then these little issues can be overlooked. 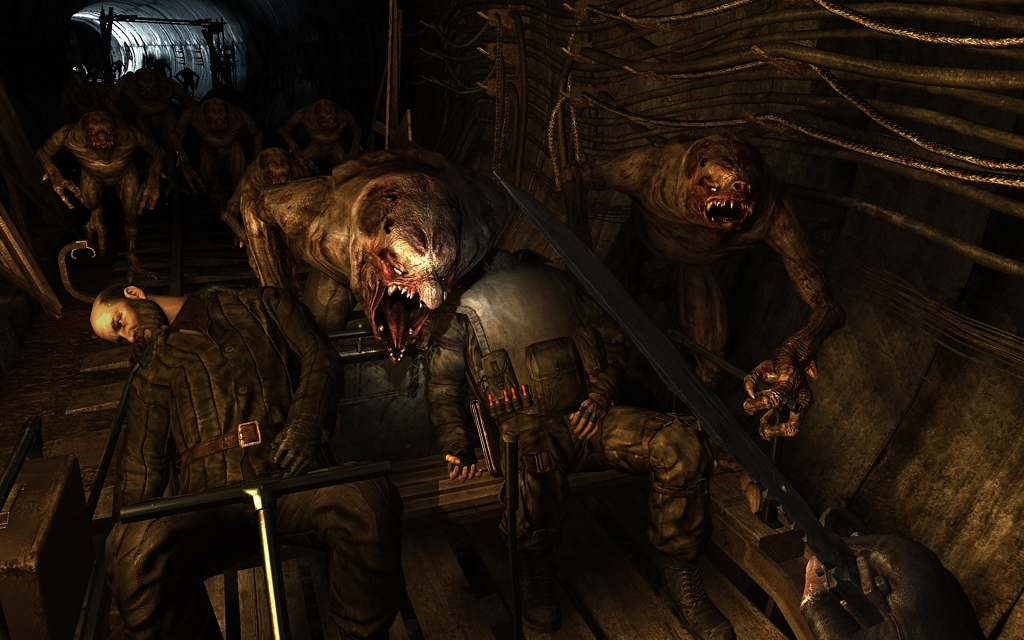 If you enjoy first person shooters with a great storyline then Metro 2033 is a perfect game for you.  The single player experience is brilliant, the atmosphere, realism will make you feel that you are really there.  Combat is the only drawback to the game with the creature animations.