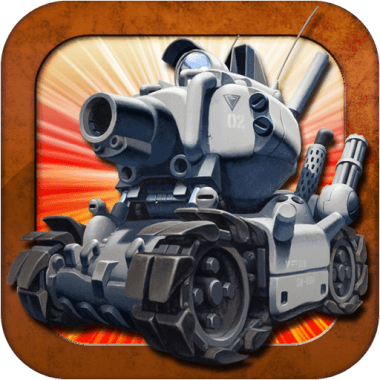 Metal Slug 1 is the classic side scrolling arcade shooter that spawned a franchise that almost rivaled Street Fighter in its quantity of incarnations. It was first released to arcades in 1996 and won the hearts of gamers worldwide. The game has been ported to a plethora of consoles and now iOS has received its own port.

Metal Slug 1 is an arcade through and through as there is very little in plot. The game simply drops the player off after a short video demonstrating the controls with the original arcade controls right into the thick of battle. At the end of each level, you get the names of the prisoners you rescued, but beyond that, there isn’t much else. 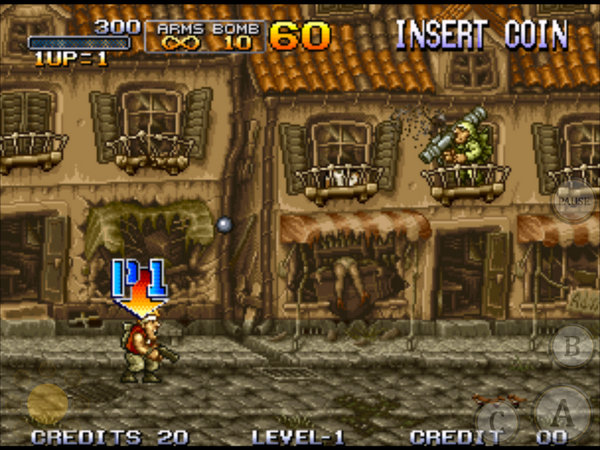 Metal Slug 1 takes the classic game play and brings it to the small screen. It provides an intense platforming experience that requires both skill and accuracy. The game spans six frantic missions and four difficulty settings. The replayability of Metal Slug 1 is what you make of it. As an arcade game, it is meant to be beaten in a short period of time and replayed in an attempt to beat the high score. I was disappointed to see that multiplayer is only supported with local Bluetooth connections.  Considering local co-op is quickly turning into a relic these days with the advent of Game Center and similar services on iOS. 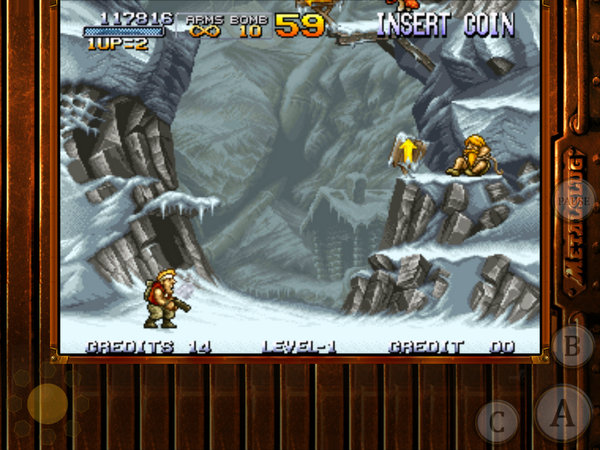 The biggest fatal flaw of Metal Slug is the fact this game needs some sort of physical controller. The accuracy with a touch screen virtual joystick pales in comparison to a physical joystick. I found myself extremely frustrated during Mission 3 which contain a jumping puzzle where failure meant instant death. Although Metal Slug 1 allows the control buttons to be moved where ever is comfortable for the player, the movement stick does not move according to thumb position like most modern shooter controls. Without the movement control centring on the thumb and no physical feedback to figure out what is the neutral position for the controls, Metal Slug becomes extremely frustrating to control resulting in many needless deaths. 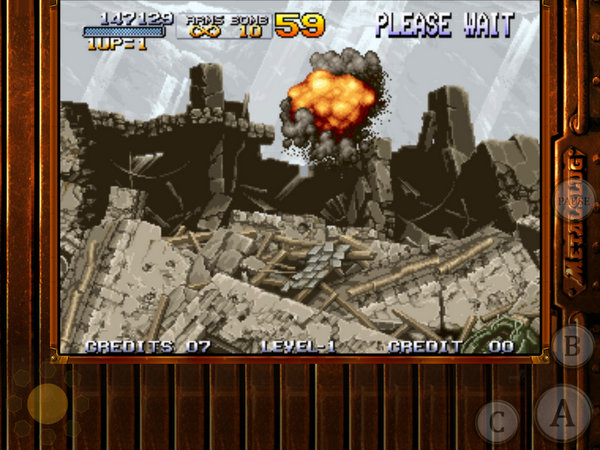 Visually, Metal Slug is for the most part unchanged from the original. All the original animations and sprites are in place. The game allows players to choose between the original resolution of the game, a stretched 4:3, and a stretched widescreen 16:9 setting. Although the distortion from stretching the game widescreen does not look too bad, it may offend arcade purists.

For the most part, Metal Slug ran smoothly on the iPad 3rd generation, however during the last mission where the screen becomes particularly crowded with lots of enemies and fire, the game noticeably began to slow. I found this a little strange considering the game was meant to run on arcades in 1996 and the iPad 3 easily out-powers those old machines. This may simply be a matter of optimization and hopefully will be addressed in a future patch. 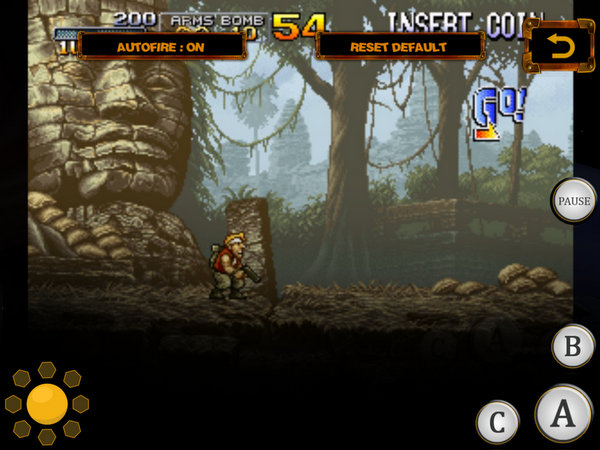 The audio experience seems to be preserved from the original arcade game. There are still a few words of voice acting intact and the sound effects have survived the test of time. The game can be played without sound as audio cues are unnecessary to beat this game.

At a $1.99, Metal Slug 1 is probably cheaper than the quarters used up at the arcade. However, Metal Slug 1 for iOS suffers from some control issues that really take away from the experience and some graphic lag on the final mission. If you are a huge Metal Slug fan, then I doubt this review will change your mind, by all means pick up the game, it is in a reasonably playable state. If you are not a fan, I would not recommend Metal Slug 1 without some minor patching and possibly a physical controller of some sort. The game simply does not translate that well to the touch screen.