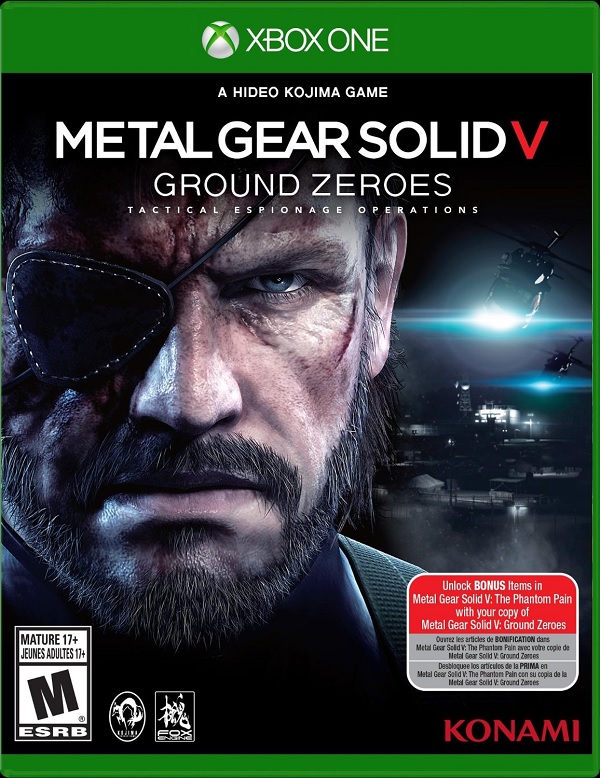 Story
Well… let’s begin by saying that if you never picked up Metal Gear Solid: Peace Walker on the PSP or didn’t access it through the HD Collection you might feel a bit off with Ground Zeroes. However if you happen to feel too lost then the game does feature a little backstory option which provides the player with a nicely detailed list of events that took place in Peace Walker which is a nice inclusion, albeit one that is provided in text only.

Anyways, Ground Zeroes involves Big Boss infiltrating a military base with Kazuhira Miller as his handler and voice in his ear. Big Boss is attempting to rescue Chico and Paz, both of which have been captured and are possibly being tortured for information and it is Big Boss’ job to not only rescue them but possibly find out what they might have said. 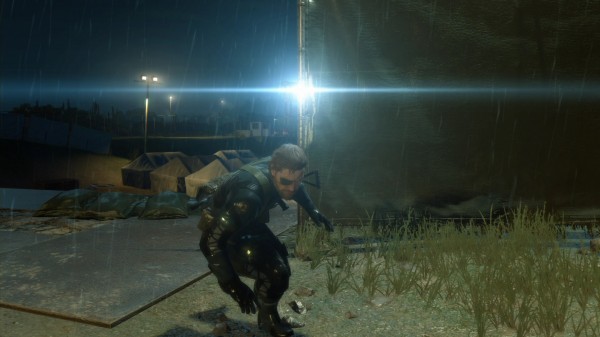 And well… outside of the stunning cut-scenes that, of Metal Gear fame, can be rather long but highly enjoyable, that is about it. Ground Zeroes is meant to be a prologue to the events that take place in Phantom Pain and while it does set up players nicely for the events that will likely occur in the main title, this doesn’t help the fact that Ground Zeroes’ single story mission feels like a demo that only hints at what will come in the future.

Gameplay
Now while the fact that there is only one main story mission in Ground Zeroes sounds bad, but in reality it isn’t actually that terrible due to the way that the game has been designed. Players are able to infiltrate the base and literally do anything that they feel like in the sandbox. You can explore the island gathering collectibles or additional pieces of information and how you actually choose to complete your main objective is all up to you. That being said, if you choose to simply make your way through the main mission without being side-tracked, you will be finished within an hour. 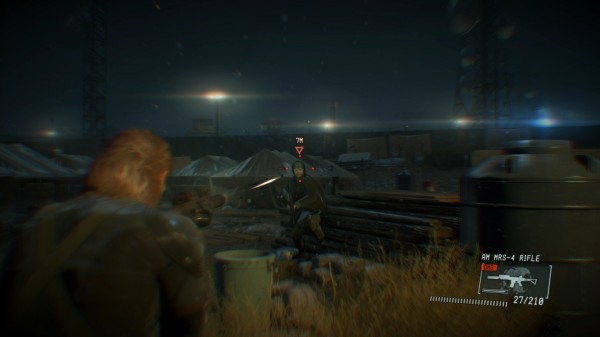 Before we go into the choice aspect of Ground Zeroes, there have been a number of refinements made to the way this game is played. Players will no longer need to carry around rations to heal themselves, as Snake is able to regenerate health slowly, though you can apply a healing spray if you are on death’s door. There is also no radar in the corner but players are now able to tell when an enemy might be noticing their presence through a white line in the direction of the enemy.

If this enemy happens to see Snake, then the game gives the player a brief time of slow motion that allows Snake to take out the enemy before he calls for help, but doing so might still attract attention. In lieu of the radar, players can use their binoculars to mark enemies, vehicles, weapon placements and more to fill out their map and plan their route of attack as any marked enemies will always appear on the map.

Now as to that whole choice option, players can really tackle Ground Zeroes however they wish. They can play the stealthy pacifist that takes advantage of the game’s enhanced stealth controls and mechanics to sneak through an area and put guards to sleep, or you can go in guns blazing while commandeering enemy weaponry to level your opposition. 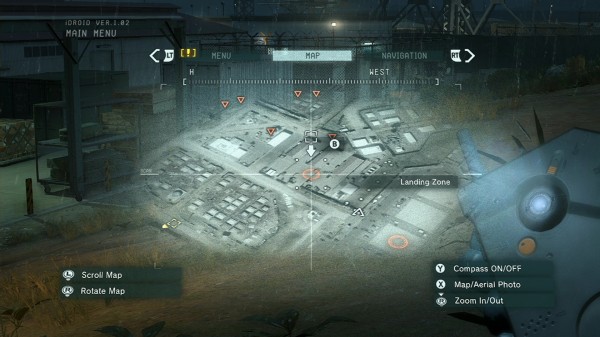 Speaking of these side-missions, they are fairly enjoyable and feature some different challenges but it would have been real nice if there was some additional variety in these areas. Even giving the player a different objective still doesn’t change the fact that they have been in this same map for the last five missions which quickly makes these missions feel repetitive and padded.

Visuals
Now while there have been a number of power houses available for the Xbox One at launch, watching the cut-scenes and playing through Metal Gear Solid V: Ground Zeroes really feels like it was designed to harness everything that the console is capable of. From the way that the rain looks to the lighting effects, to how detailed everything in the game is, Ground Zeroes is absolutely stunning. 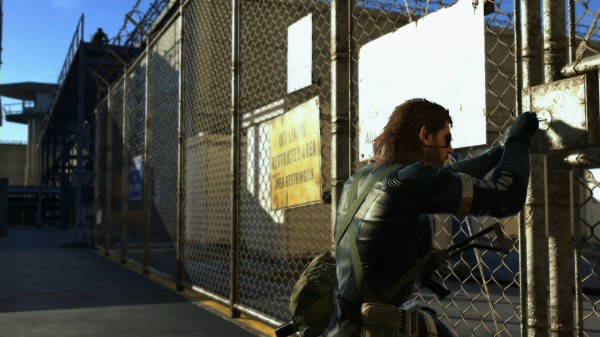 This is beneficial to the way the game plays as well since the lighting in night missions can play a major role in knowing whether or not Snake is hidden from view. That being said, there are a few cut corners here and there, such as killed enemies’ bodies disappearing quickly and a few areas may look a bit off compared to how polished the rest of the game looks and the fact that the player is limited to only this island throughout the entire game is quite detrimental.

Audio
There was a bit of controversy back when it was revealed that the iconic voice of Snake, David Hayter, would not be returning to reprise his role in Metal Gear Solid V but I can happily declare that Kiefer Sutherland has done an amazing job fitting right into the role. The serious tone of his voice fits perfectly with the darker nature that most of the cut-scenes presented in Ground Zeroes feature and if this is anything like what we will be seeing in the full game, longtime fans should find Sutherland a suitable replacement. 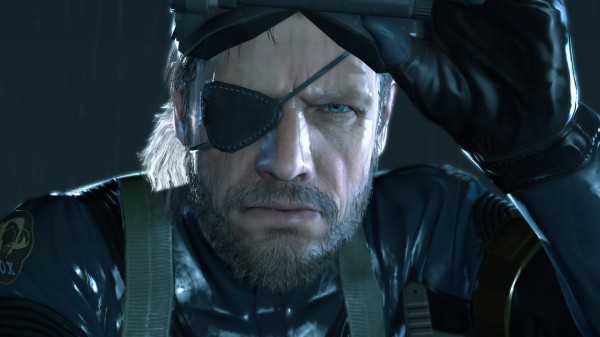 As for the rest of the cast the voice actors fit their roles nicely and keep in tone with the serious nature of their present condition. The game’s sound effects are fairly basic but there are a few nice pieces of music implemented here and there, especially in the opening cut-scene before Snake makes his way onto the island.

Overall
Metal Gear Solid V: Ground Zeroes does everything that fans would hope for in a prologue, it introduces us to a bit of the story that we might be seeing in the full game as well as the way Snake will handle in the next game with all of the changes made to the title’s gameplay. However it really does come off as nothing more than a demo at times, and although the length can be extended a few hours with the side-missions, it will feel like a short game for most. However coming in at a budget price of $30 on next-gen consoles, this game is a stunning example of what next-gen can do and any fan of the Metal Gear Solid series would be missing out if they passed it up.