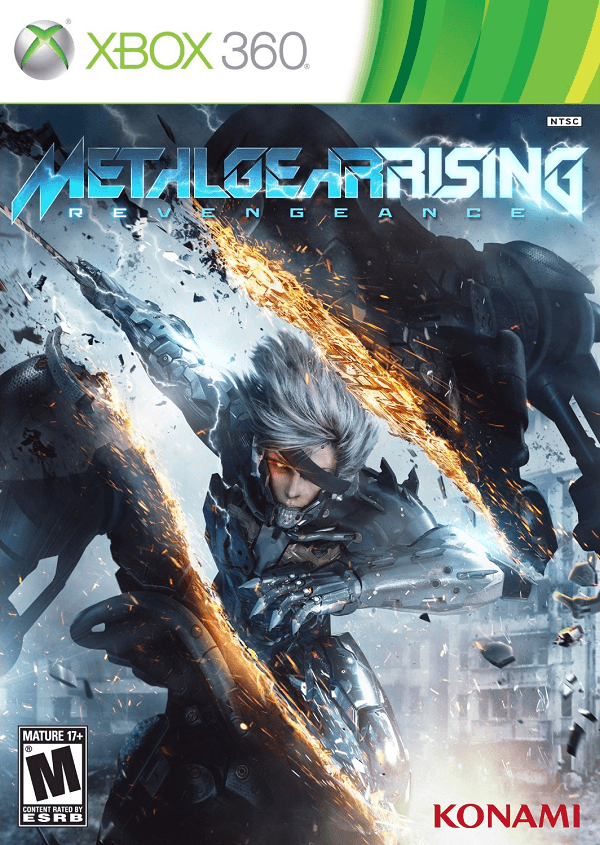 Overview:
Metal Gear Rising: Revengeance was launched back in the middle of February and despite being a spin-off title that focused entirely on Raiden and was played as an action game, it was an amazing title that quickly established itself as a standout action game early this year. While the story revolved around Raiden, one character certainly deserved sometime in the spotlight, even if it was completely robotic. Thankfully Konami has brought fans exactly that, DLC that allows them to play as Blade Wolf, also known as LQ-84i. With players finally having a chance to play as Blade Wolf, is this DLC worth acquiring?

Story:
Before Raiden was able to free Blade Wolf and give it a chance to choose its own actions for once, it was simply known as LQ-84i and was under the service of Mistral and the rest of the Desperado PMC. Players join LQ-84i as it is being trained in various combat situations before being unleashed onto the field to assassinate a politician. 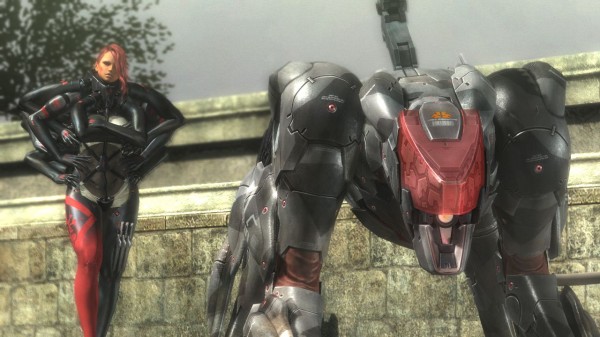 However despite Mistral speaking of freedom, LQ-84i’s AI realizes that it does not share the same freedom that this group is trying to “ensure.” As such, as soon as a chance presents itself, LQ-84i makes an effort to escape Mistral’s clutches and become free. However standing in its way are a slew of enemies and a mercenary named Khamsin who has his own idea of freedom.

Unfortunately despite players catching a glimpse of LQ-84i’s backstory, its story isn’t expanded any further than that training and the initial incident which locked it into servitude under Mistral. The reason for this is the fact that the DLC only lasts around fifty minutes to an hour which means there is little room for expansion.

Visuals & Audio:
Almost everything that players witness in the Blade Wolf DLC will be vaguely familiar thanks to the fact that outside of the final boss, all of the enemies players encounter and the areas that the player makes their way through are similar to the ones encountered in the main game. This means that while players do get a chance to expand their time with the game, much of it is retreaded territory. 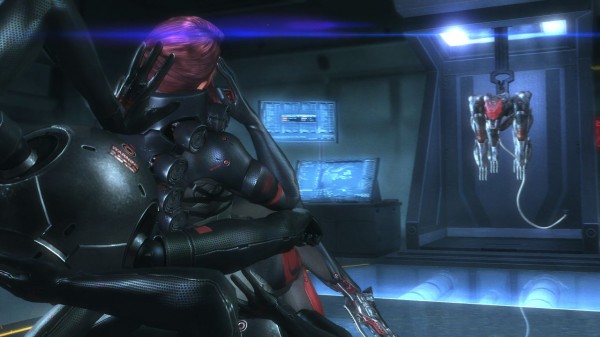 Thankfully there are a number of cut scenes included in this DLC which are nicely handled and the final boss is also suitably threatening given LQ-84i’s smaller size. It is also worth noting that fans of Mistral will probably appreciate the extra… attention to detail… the character has been given in most camera angles.

As for the game’s voice work, Khamsin, Mistral, LQ-84i and one extra character are the only real speaking roles and they are all nicely handled by their voice actors. It is interesting to note that the standard combat music throughout this DLC is a fitting orchestral version of Blade Wolf’s theme from the main game with another song used for the final boss encounter.

Gameplay:
As mentioned before, the Blade Wolf DLC sees players playing as LQ-84i through only around an hour’s worth of content which sees them finishing a handful of VR missions before entering the field against actual opponents before finishing up in a rather anticlimactic manner. In fact, outside of a few optional VR missions scattered throughout the story, there is little actual content to play through in this DLC. 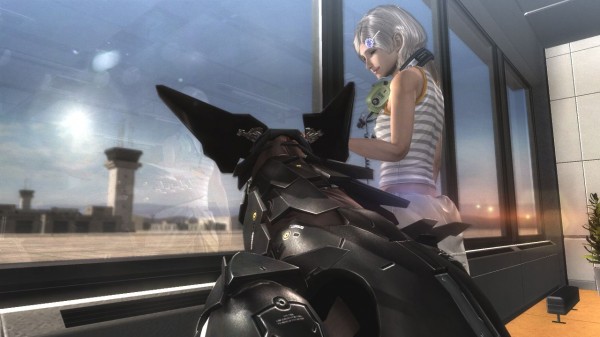 However what there is to play through is excellently handled thanks to the fact that LQ-84i features a brand new move-set that doesn’t copy a single thing from Raiden outside of his “zandatsu” attack which allows the player to slice and dice critically injured enemies into tiny pieces and absorb their electrolyte fuel cells to refill LQ-84i’s health and energy meter.

LQ-84i features a series of quick attacks with its claws and heavy attacks which make use of its tail chainsaw to deal various “combination attacks” that can either be used together or strung along with normal attacks for extra variation. LQ-84i unfortunately cannot be upgraded in any way nor can new moves be unlocked, though there are various boxes scattered throughout its mission that provide him with a larger health bar and energy meter.

It is also worth noting that LQ-84i’s lower stature lends itself well to stealth as it can hide behind vehicles and even tables in an indoor section. In fact when the player isn’t holding the run button, LQ-84i moves at a slow stalking pace that allows it to hunt down enemies and assassinate them silently usually through a brutal chainsaw through the back or throwing knives in the torso. 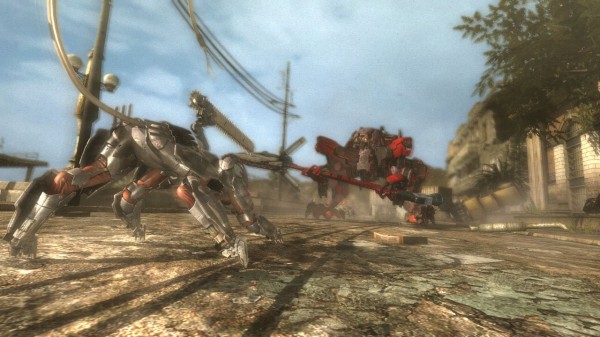 As for the brand new boss battle that has been touted about for this DLC, players must use LQ-84i’s abilities to take on a large mech wielding a chainsaw-scythe. Fighting against this boss requires a few unique tactics that make him interesting to fight against at first, though he is hardly challenging even on a harder difficulty setting, but it still is a nice new enemy to test LQ-84i’s new set of attacks against.

Overall:
Blade Wolf was one of the most interesting yet unexplored aspects of Metal Gear Rising and this DLC gives players a glimpse at what it is capable of. It is such a shame however that that is all this DLC is, a glimpse of greatness.  Clocking in at just under an hour, even on higher difficulty settings, players are teased with the new attacks that LQ-84i can unleash but thanks to the limited length of the story, Blade Wolf is only given a minor bit of development that will ultimately leave fans wanting more for their money.